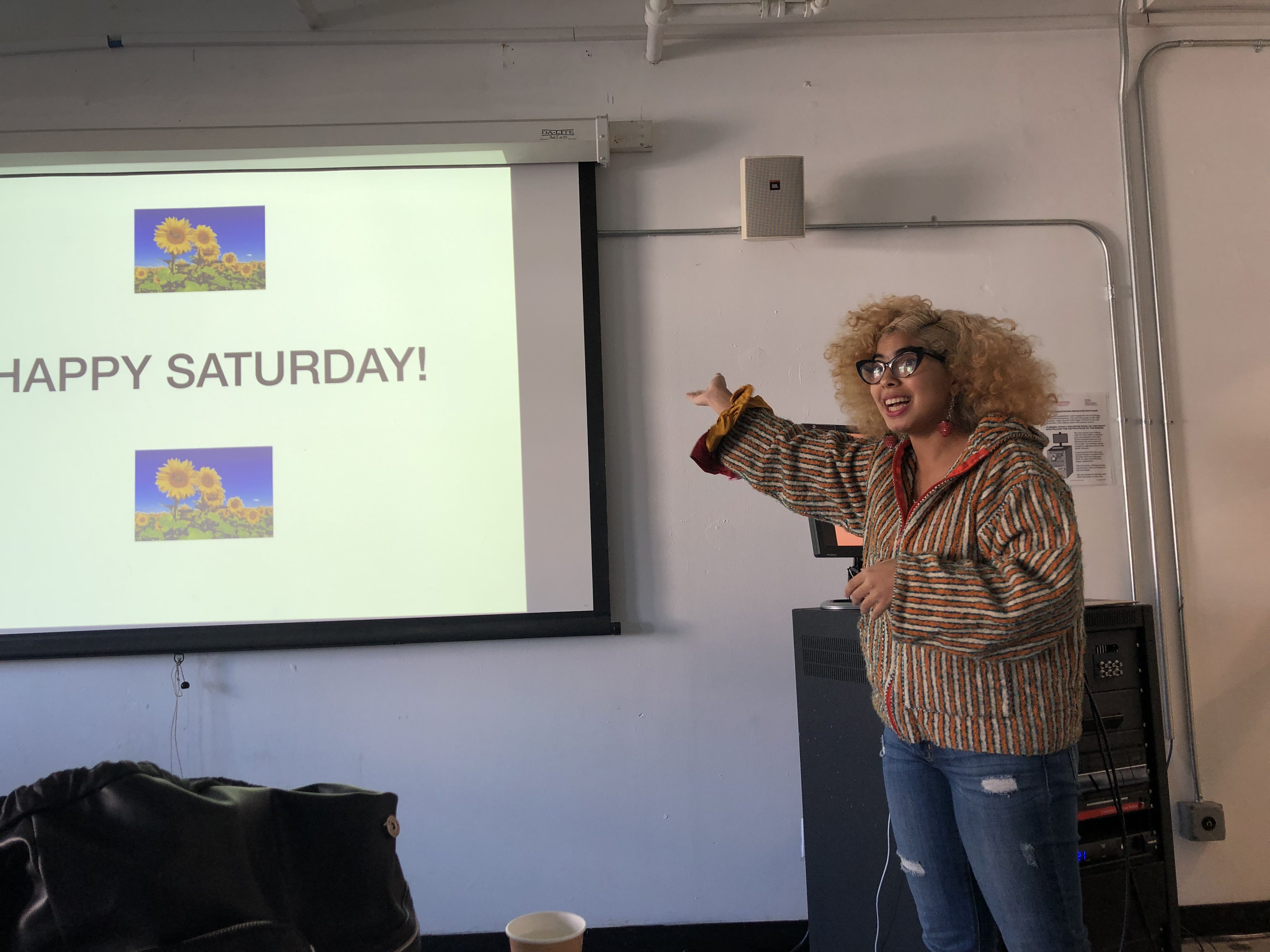 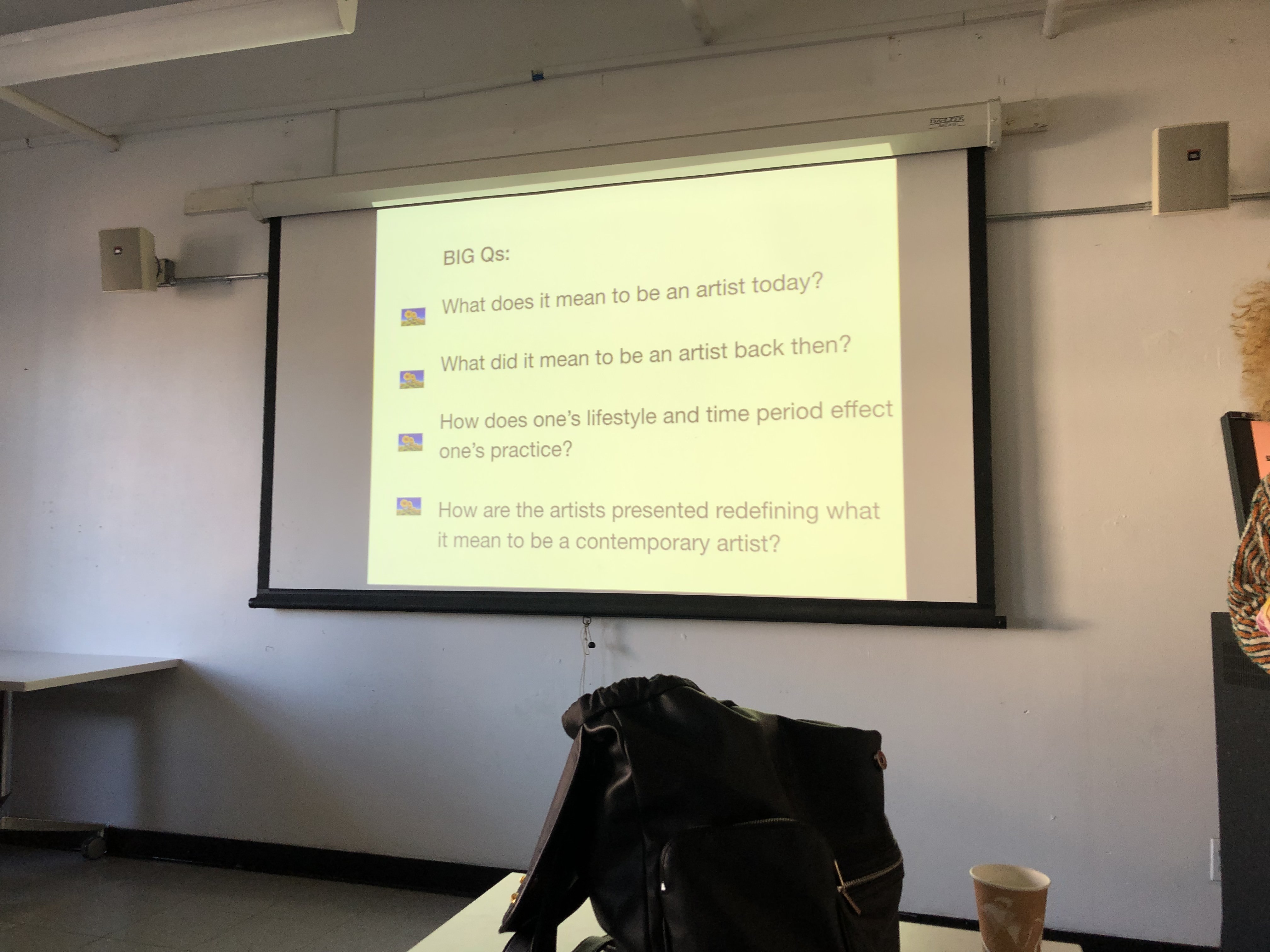 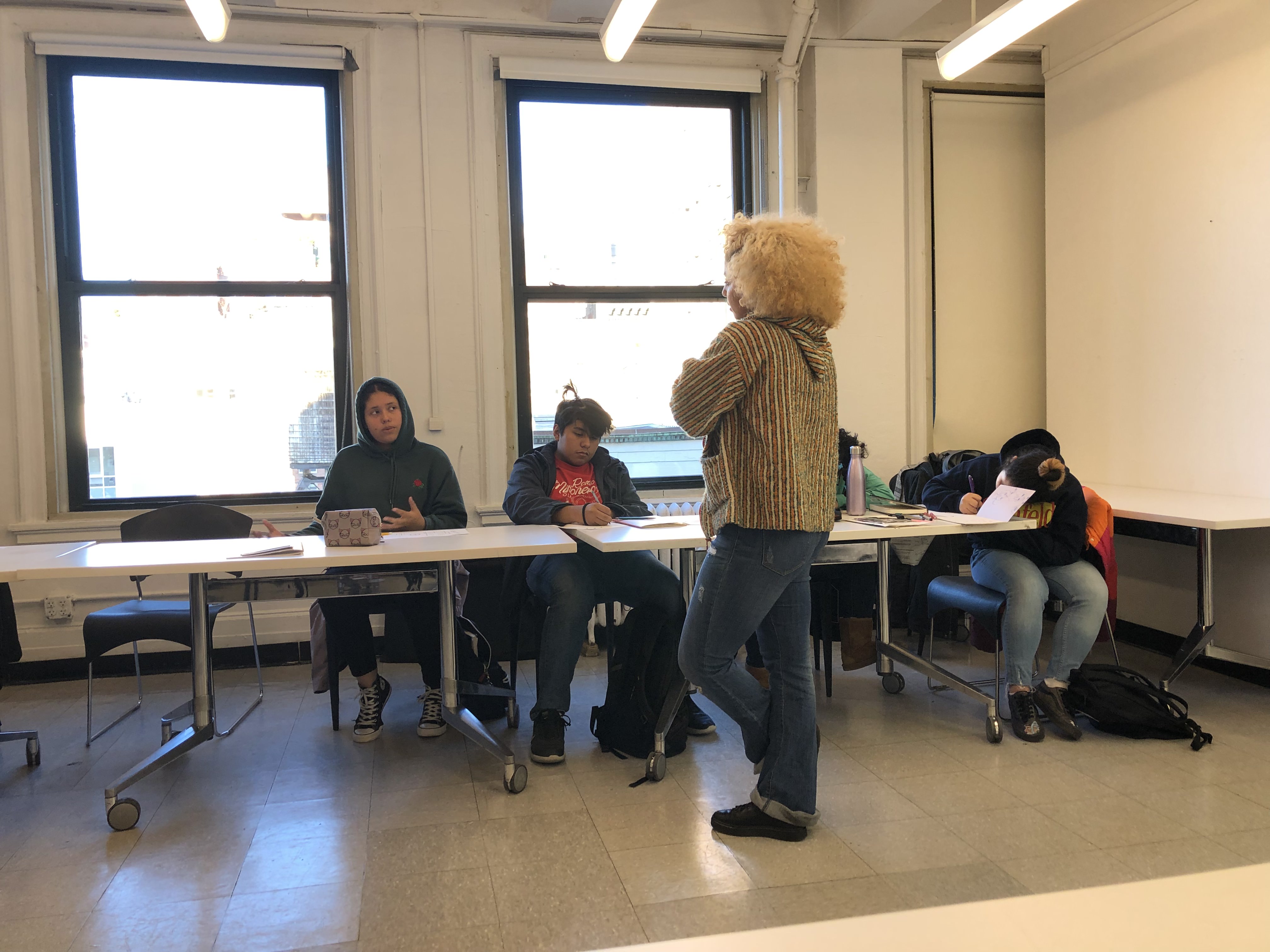 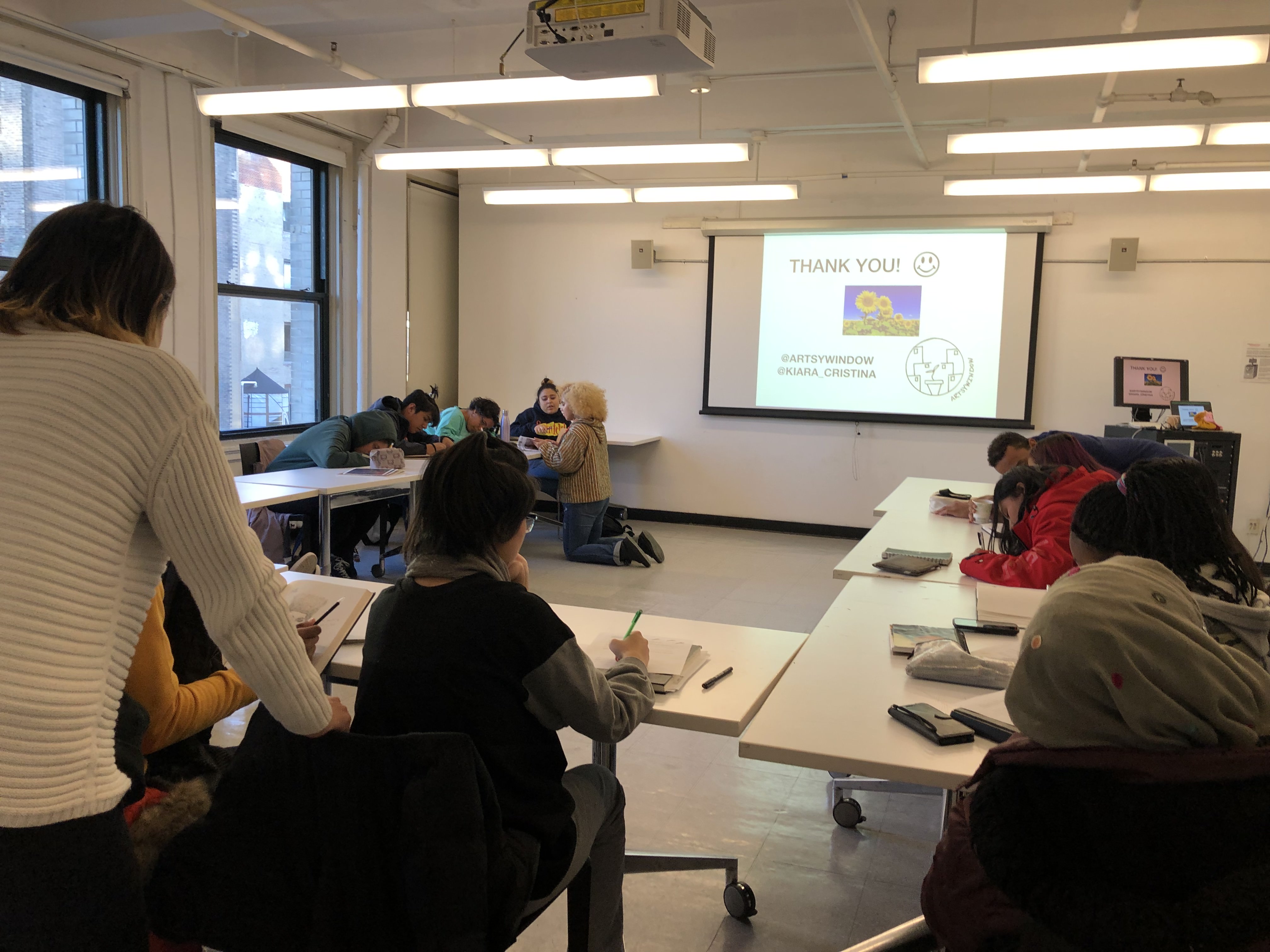 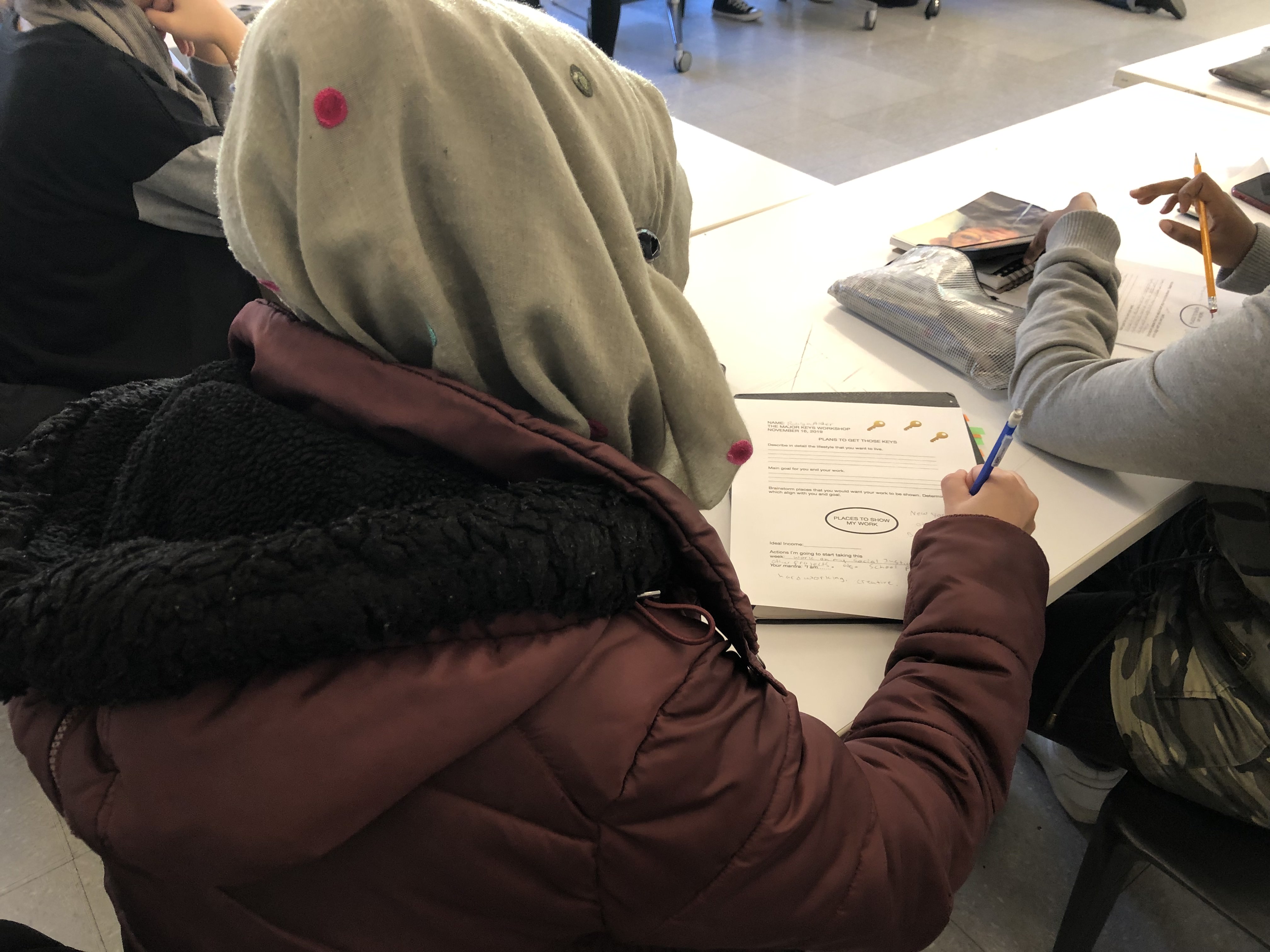 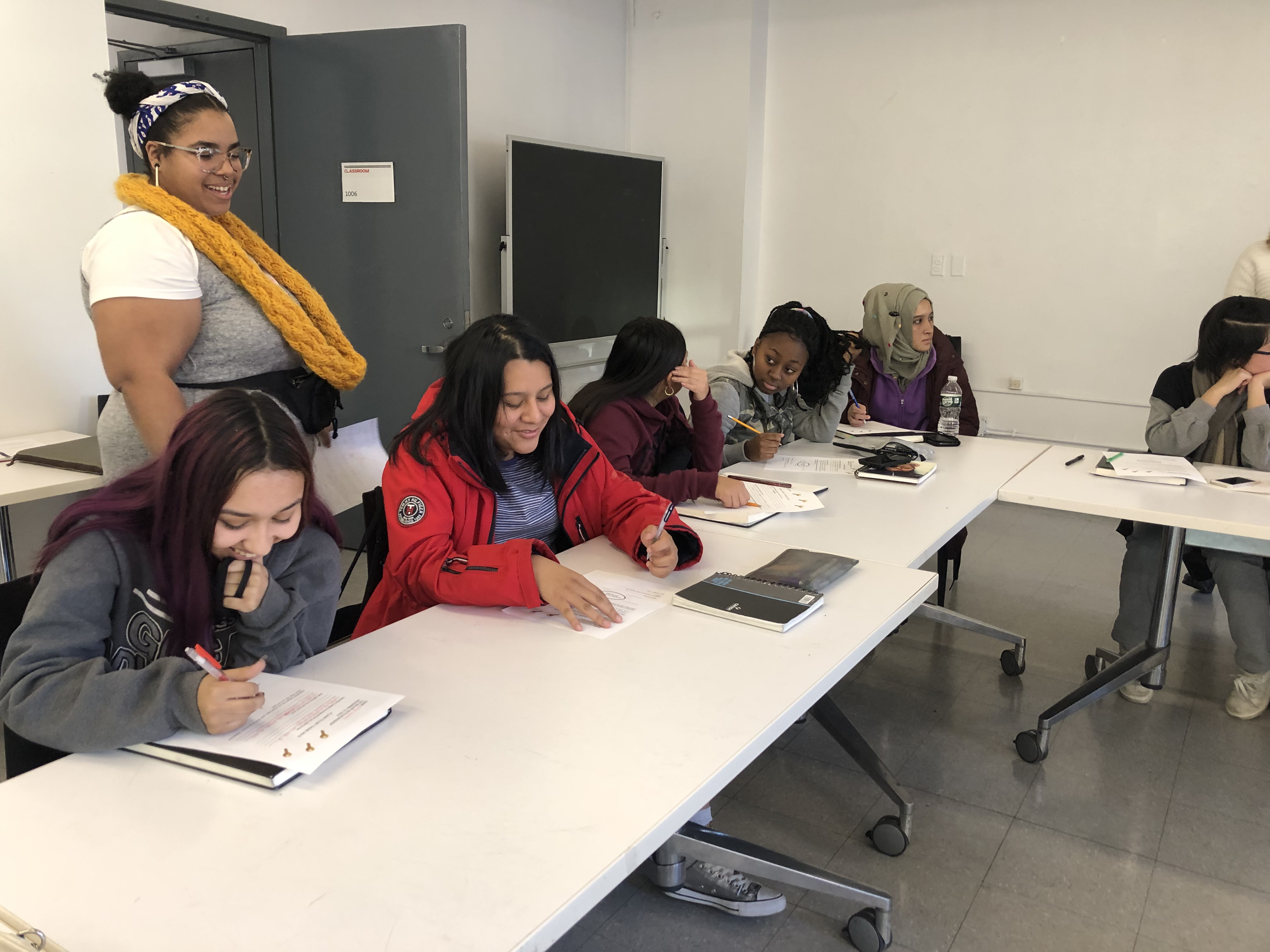 In the morning session, scholars met with their youth advocates to discuss their proposals for their final class exhibition on December 7th. In the afternoon, scholars were visited by Kiara Cristina Ventura, a Dominican American journalist and curator from the Bronx. She is the founder of Artsy Window, a mobile platform used to amplify the voices of artists and redefine the art of curating.  She spoke to the scholars about her practice and the way that she makes room for herself and artists of color in the art world through her curatorial work. She led a workshop on networking and envisioning a future of success, so that the students can start to figure out what it is they want for themselves in the future and what success looks like to them.

This week in the Mentor Fellowship, we continued our discussion around the NCORE conference. Mentors began to focus on applications for the Student Scholarship to attend the conference. Part of the scholarship is receiving recommendations from fellow colleagues, for which they began emailing with. Along with this, mentors have began to work on their individual session proposals. The mentors have decided to submit two separate proposals. The first proposal seeks to the discuss the disparities and issues associated with being a lower-income commuting student attending a private institution such as the New School. Often there is a lack of understanding and accommodating curriculum for students in the situation of commuting, working, etc. which needs to be addressed to maximize their success. The second proposal focuses on colorism through various communities and how it is perpetrated within higher-education environments, along with figuring out solutions to address the issue and prevent further negative interactions. Students are truly invested in these issues and we’re excited to see the progress on these proposals!