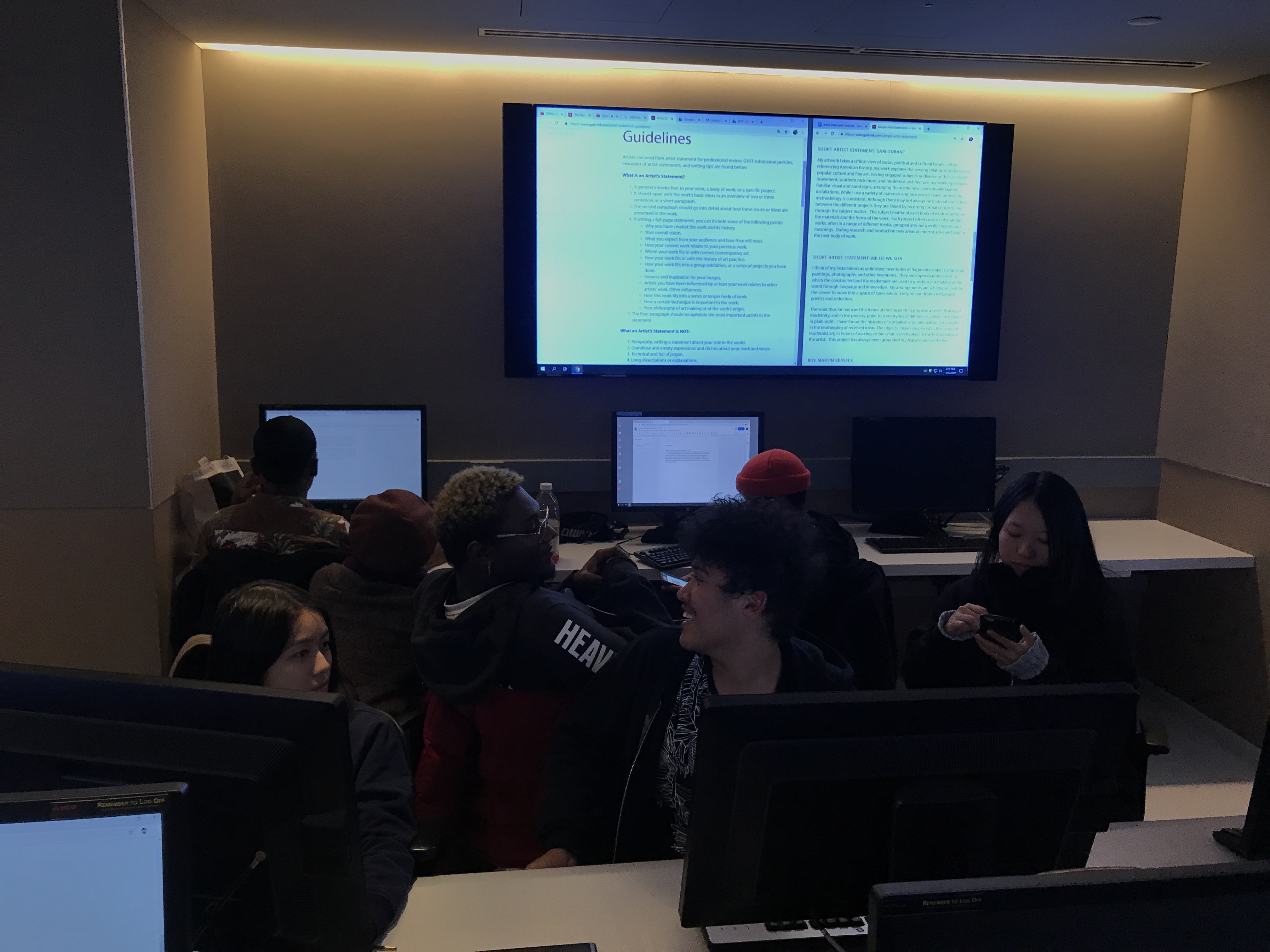 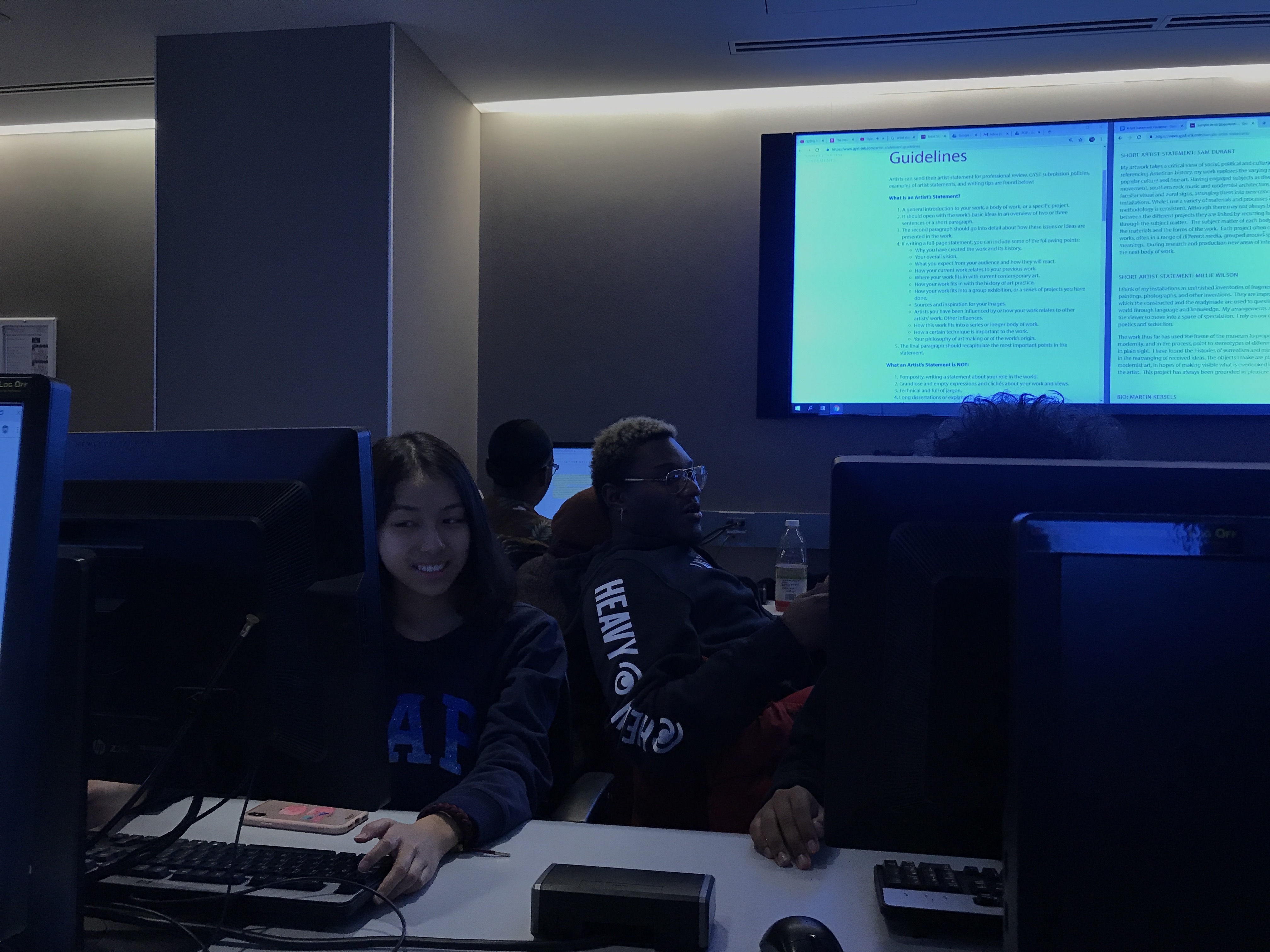 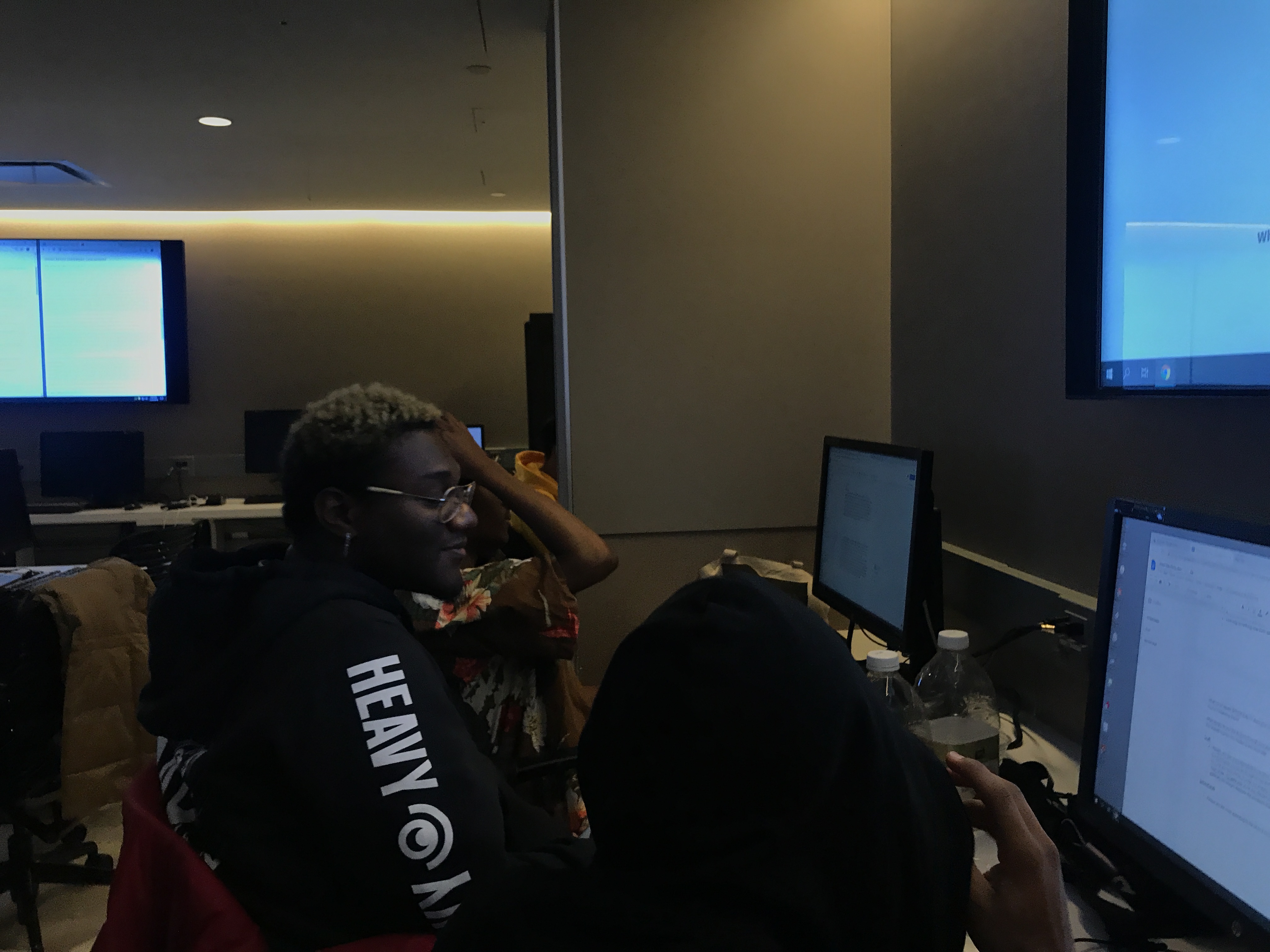 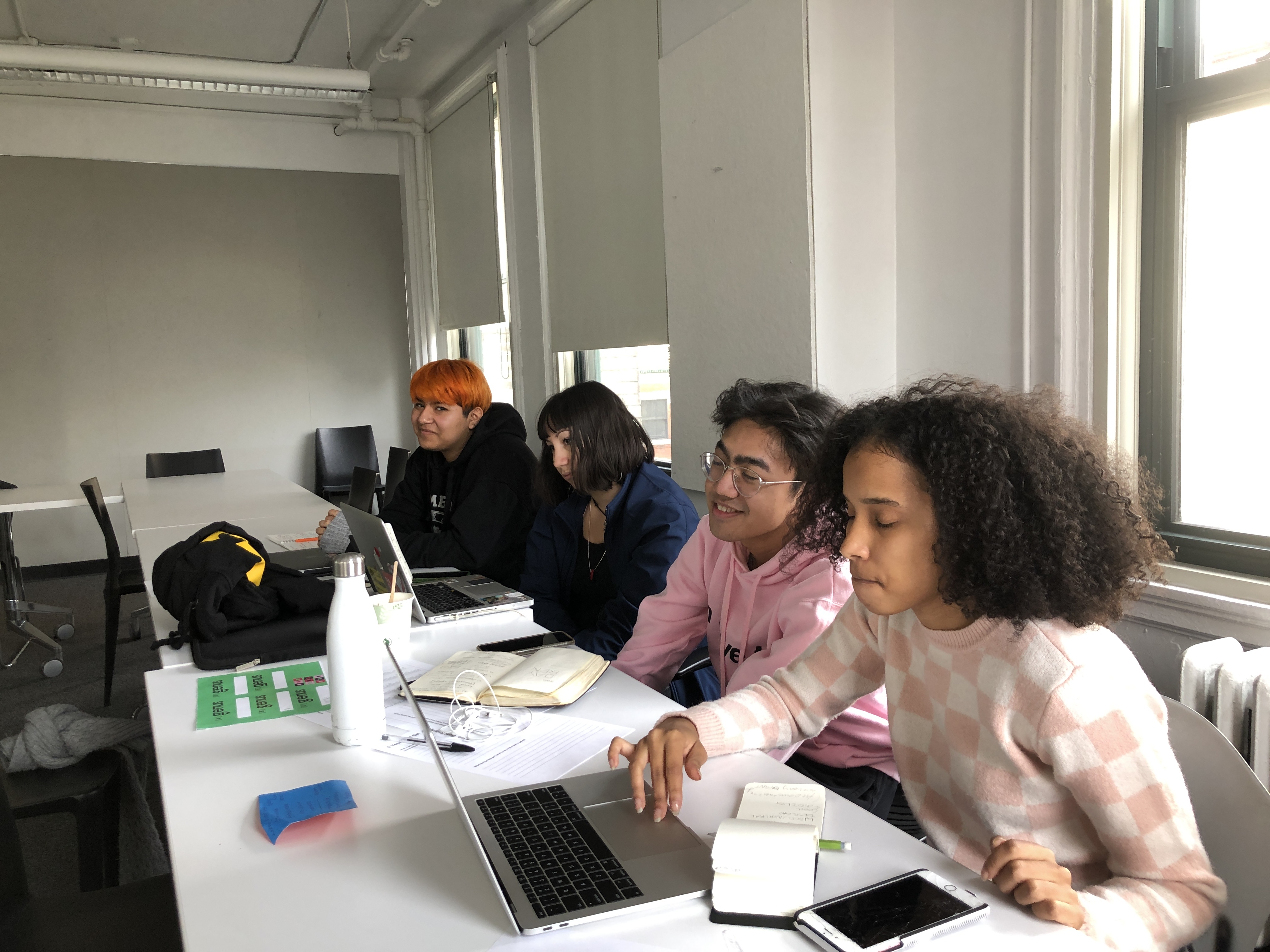 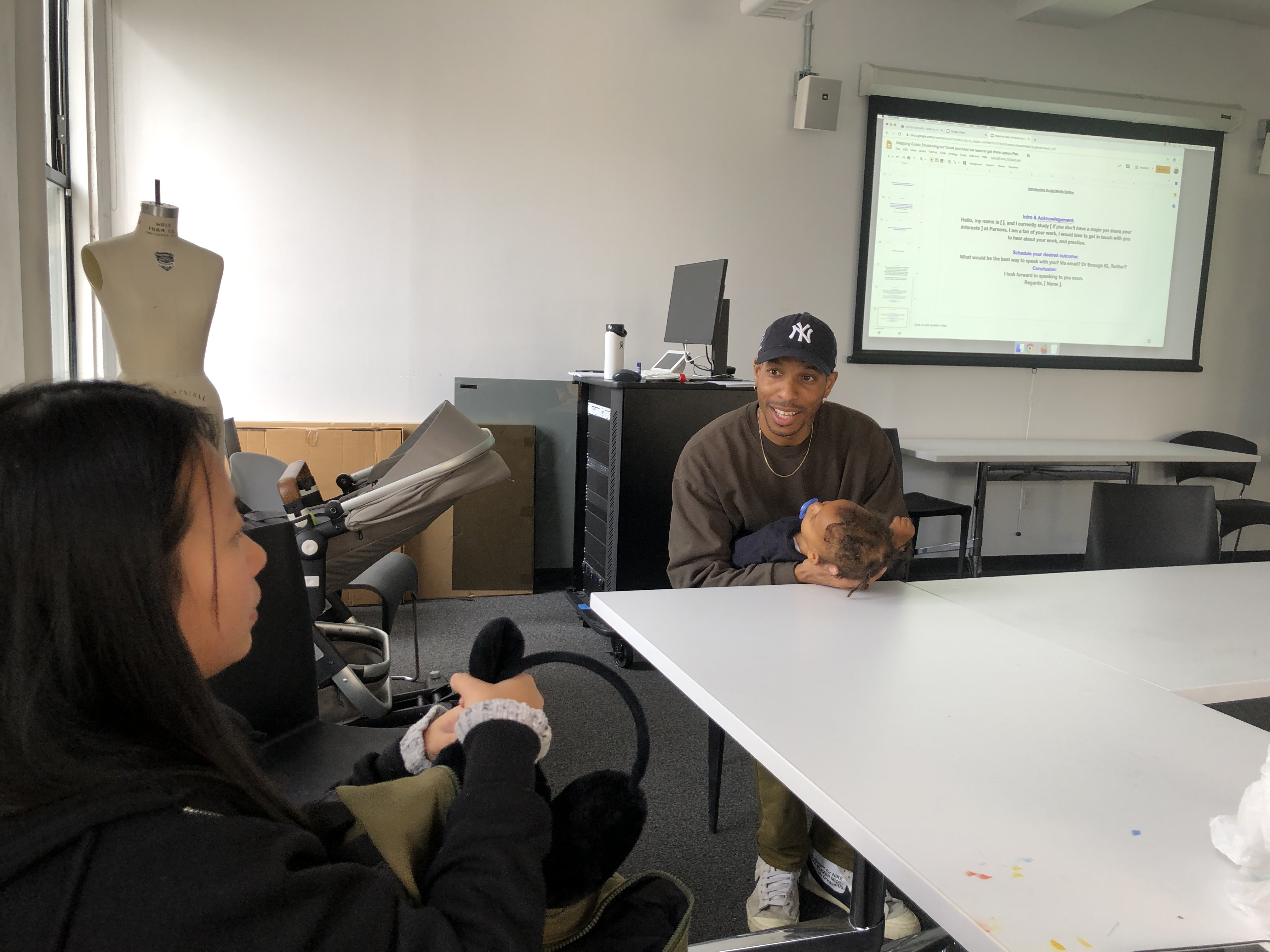 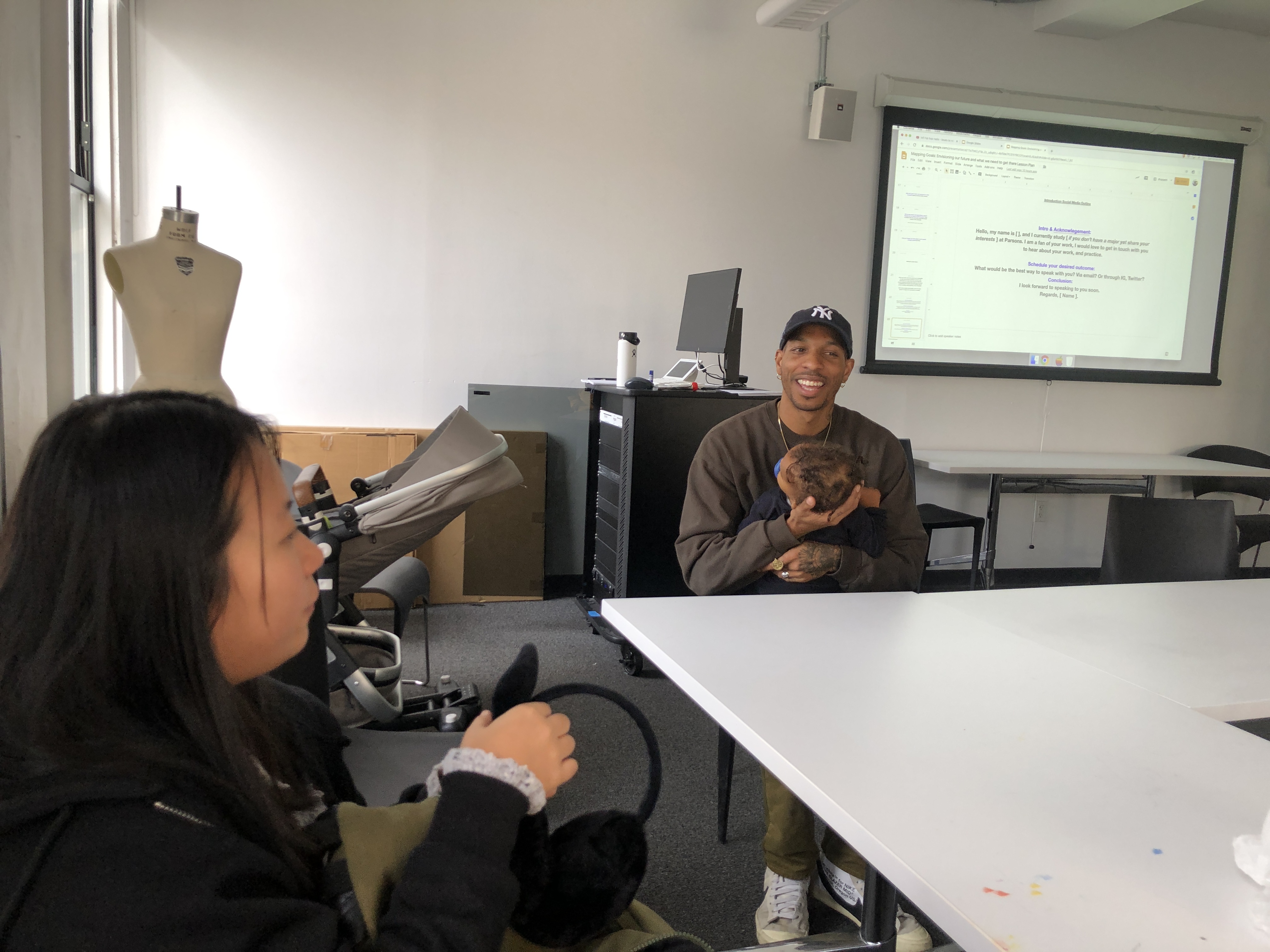 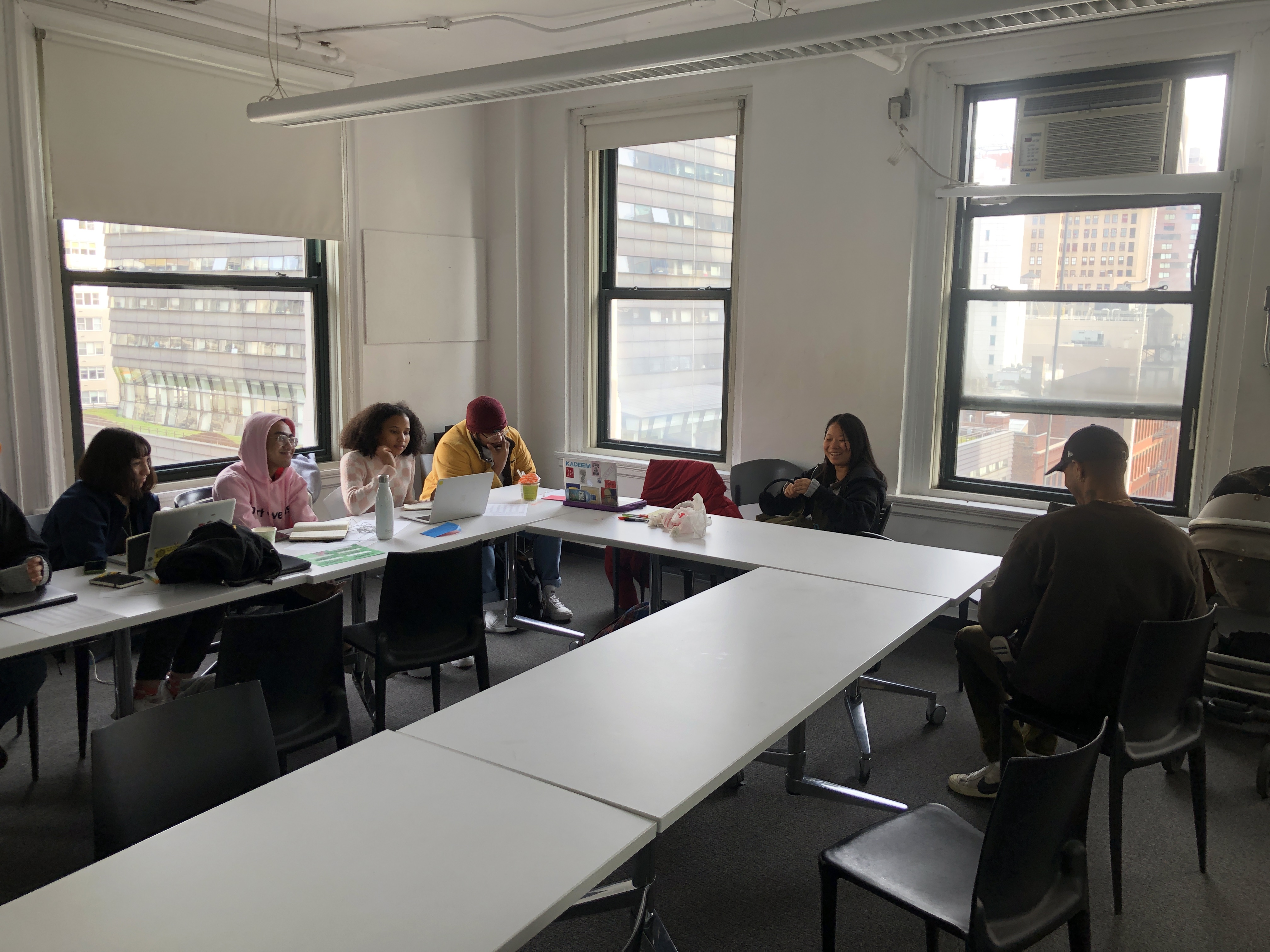 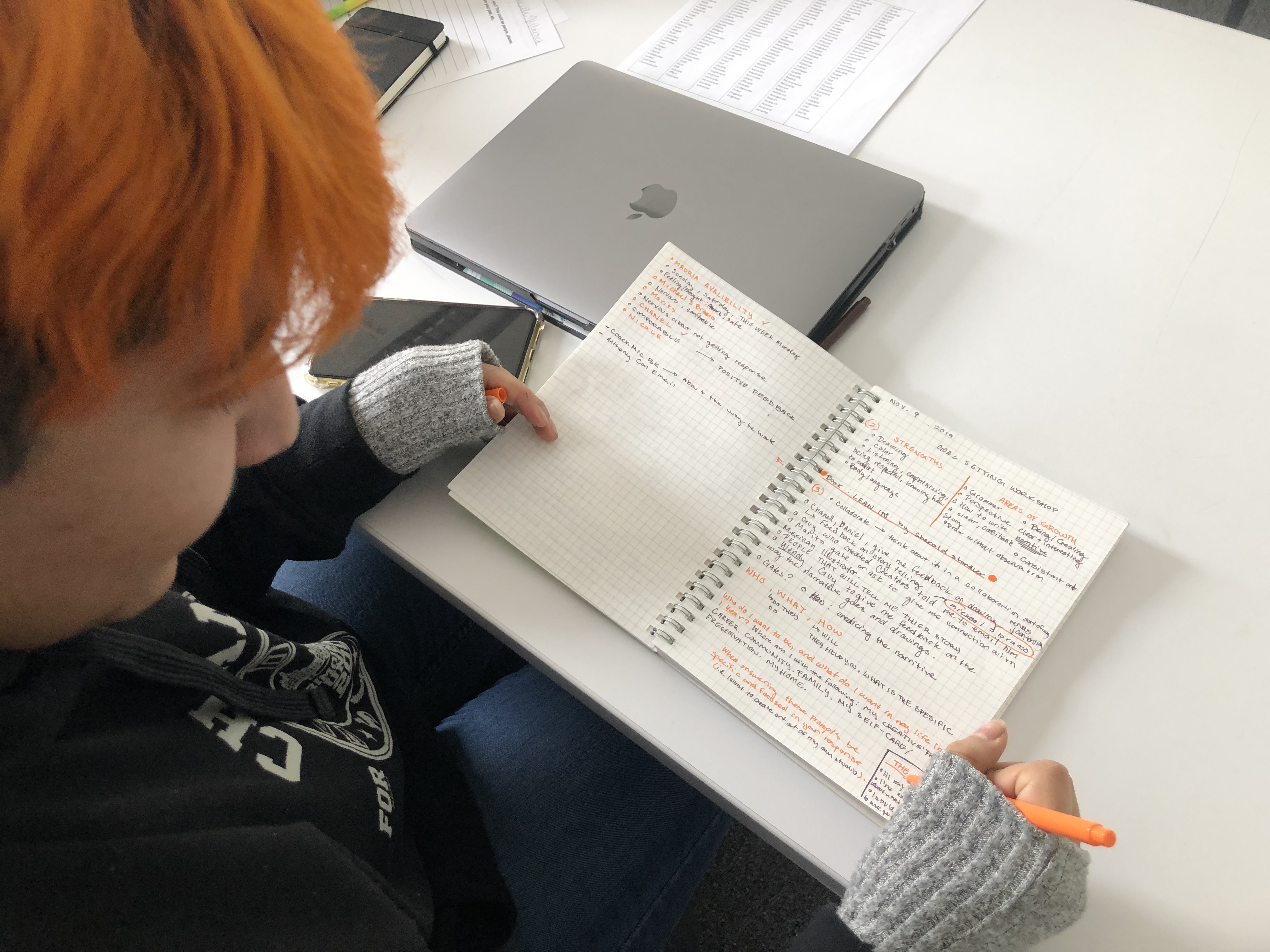 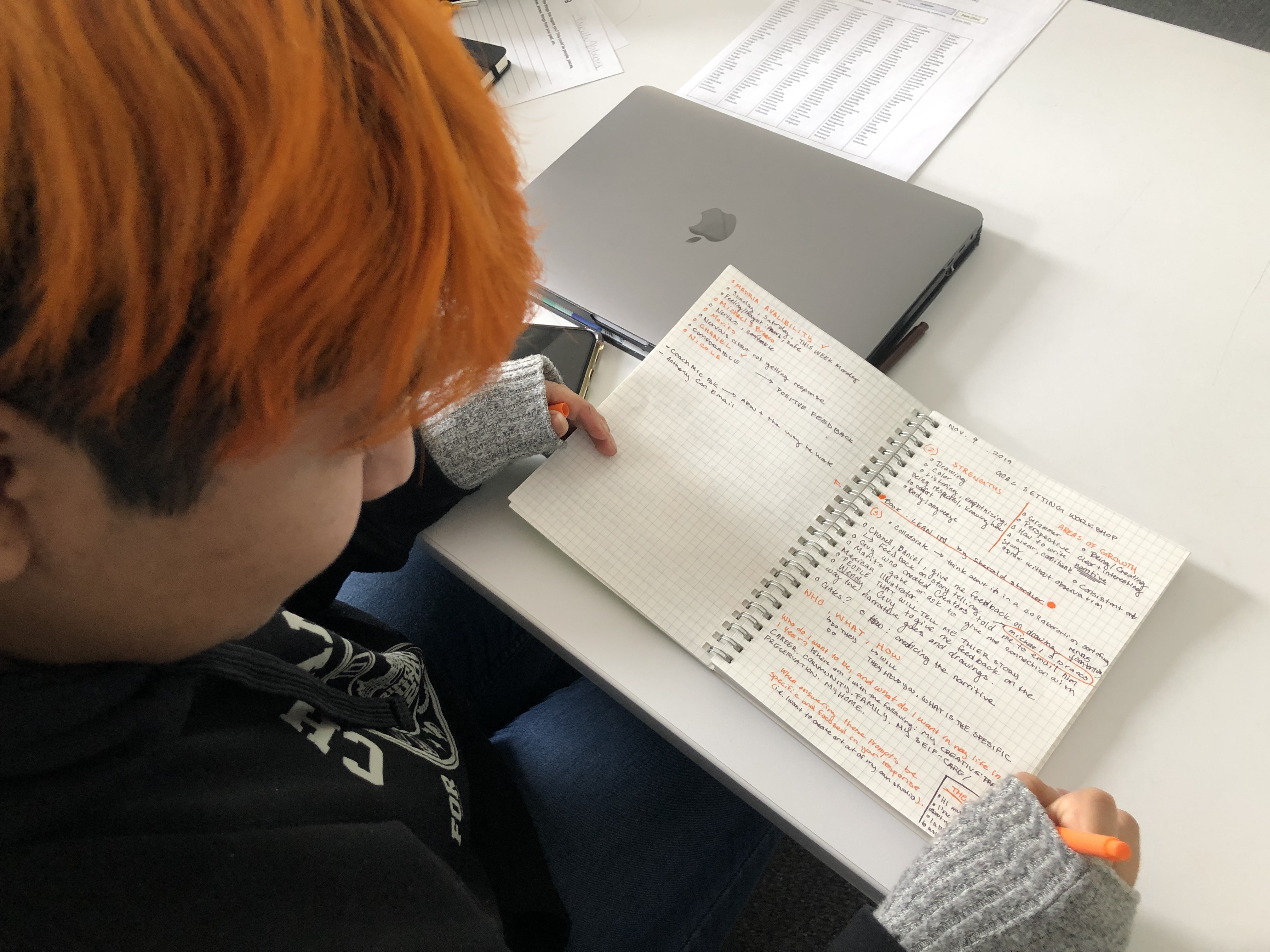 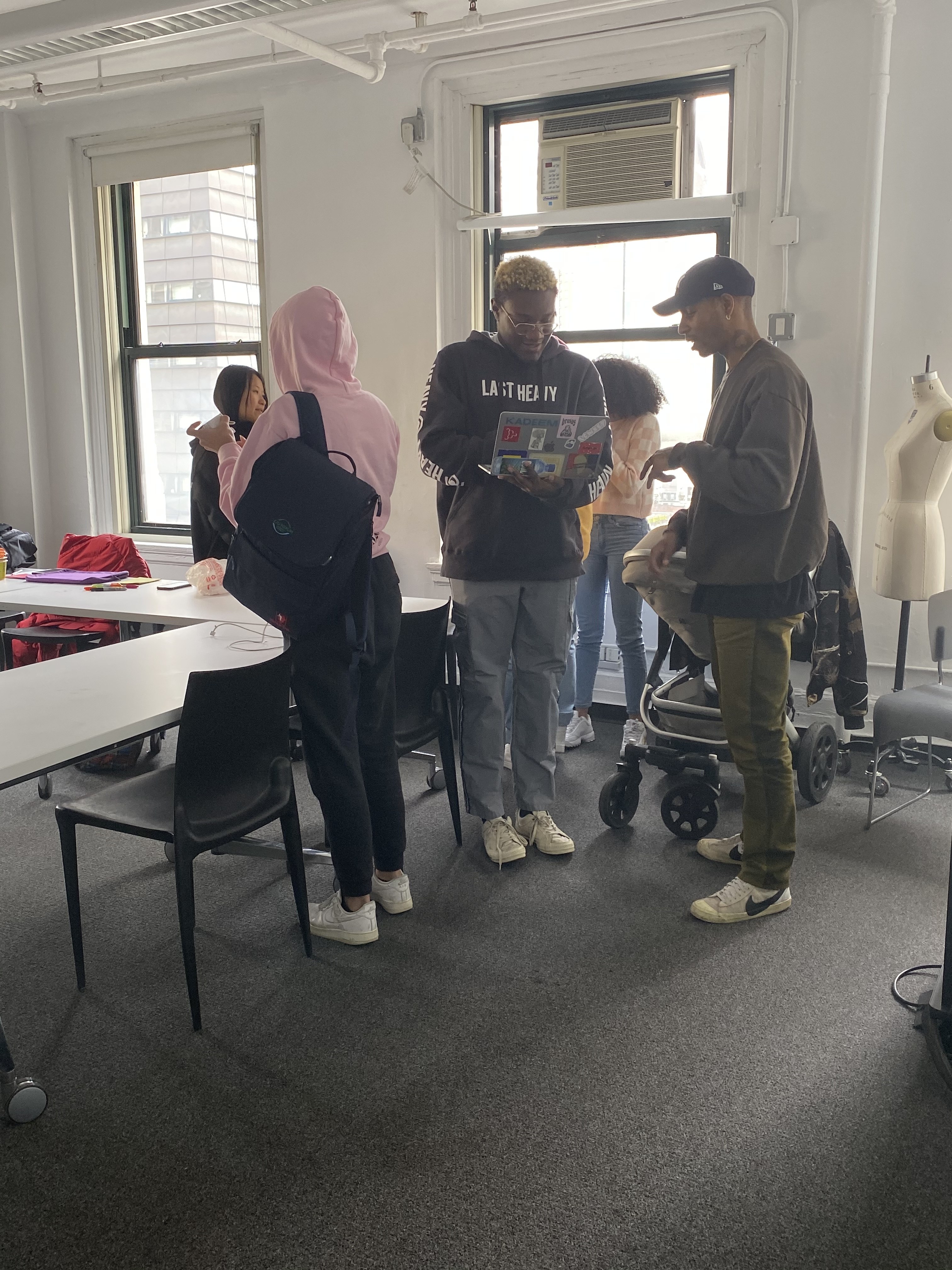 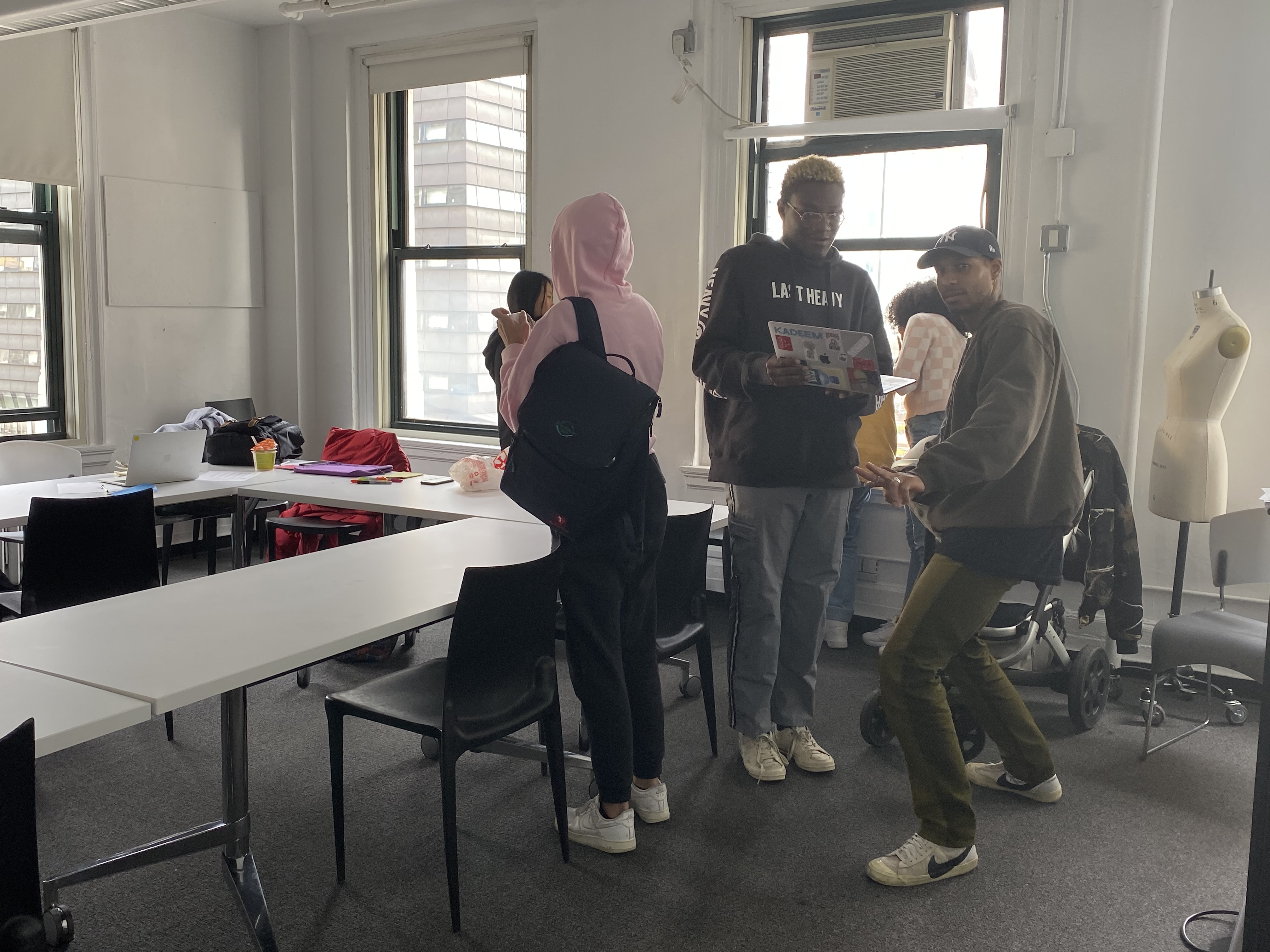 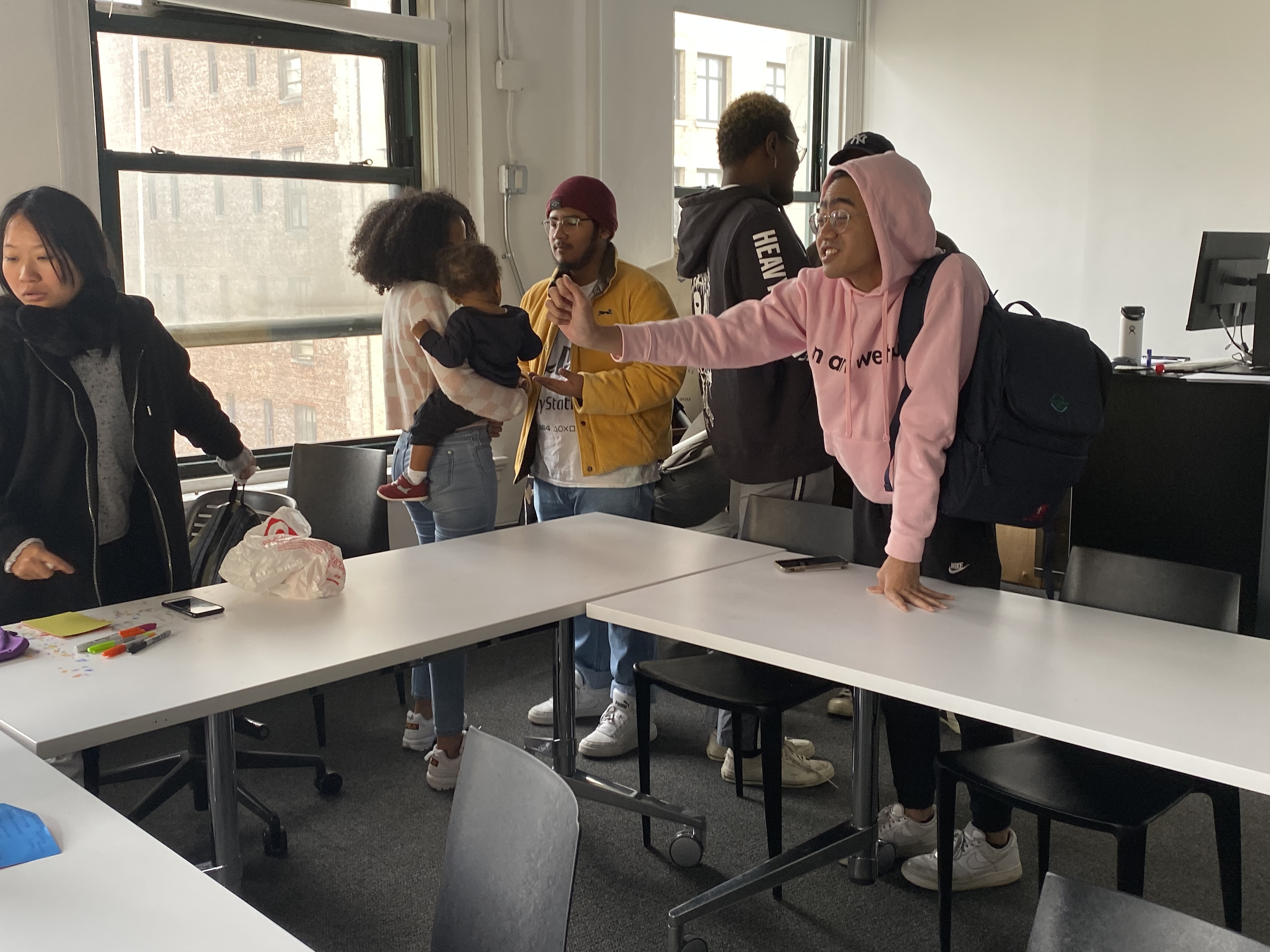 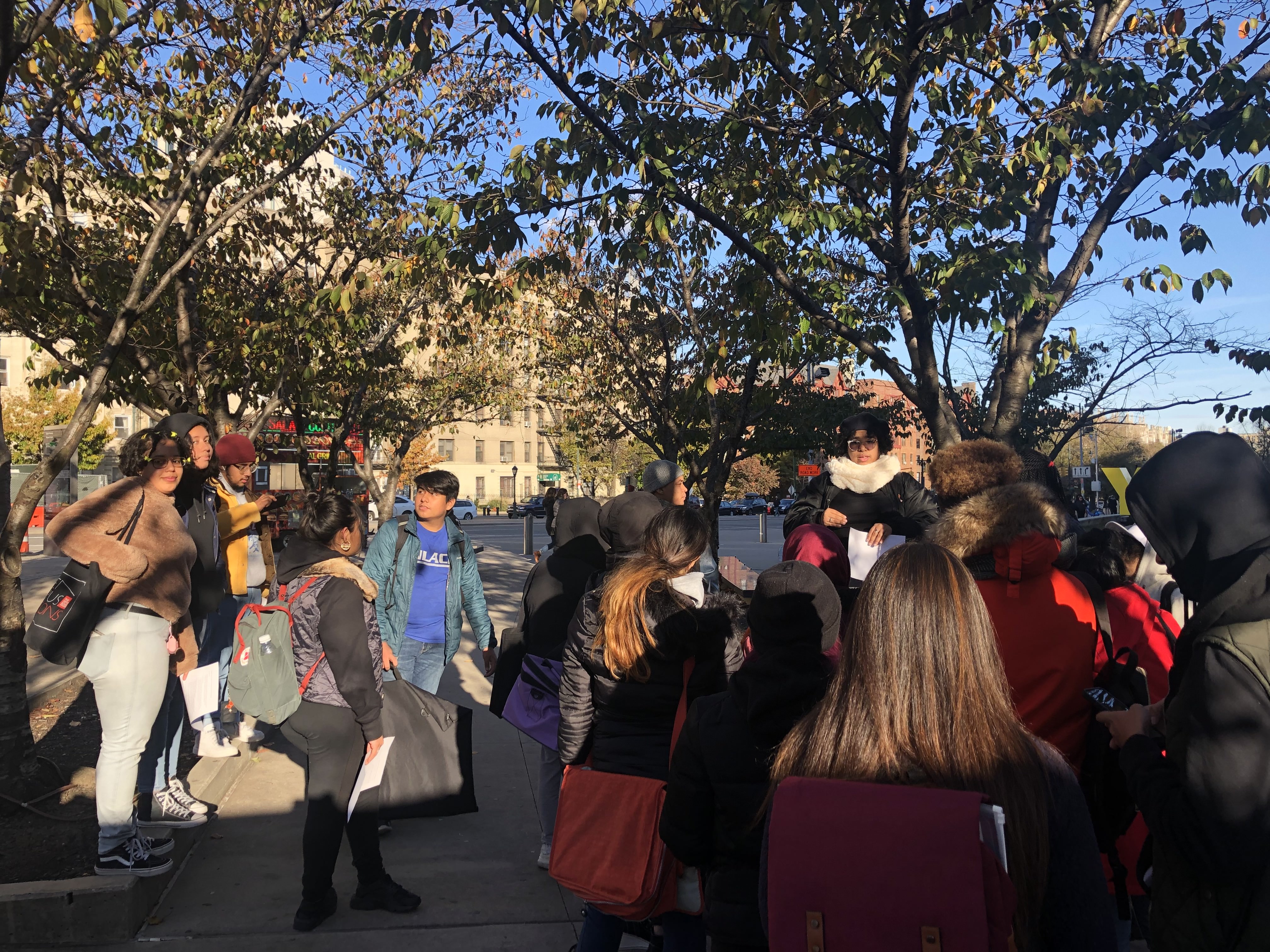 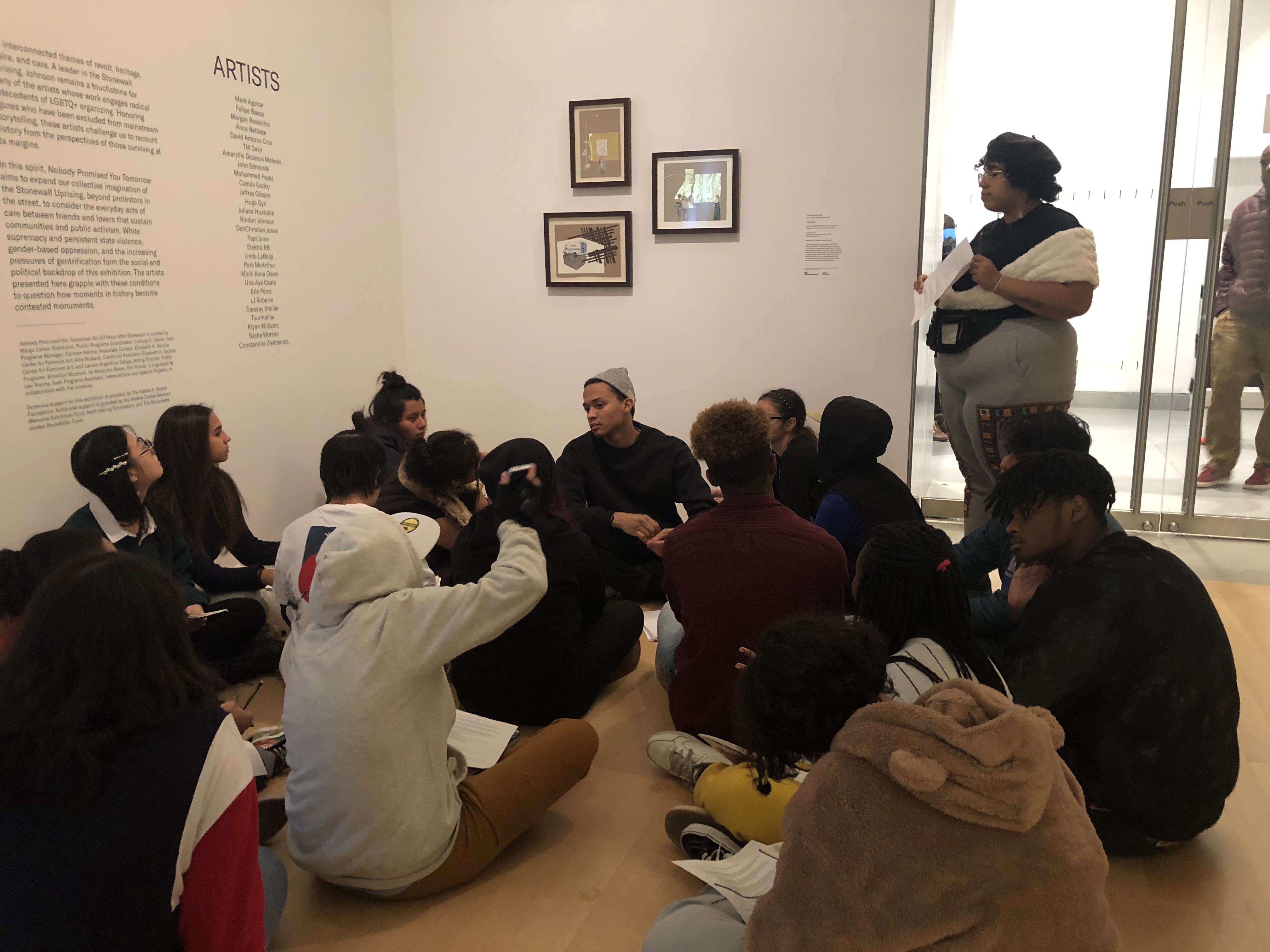 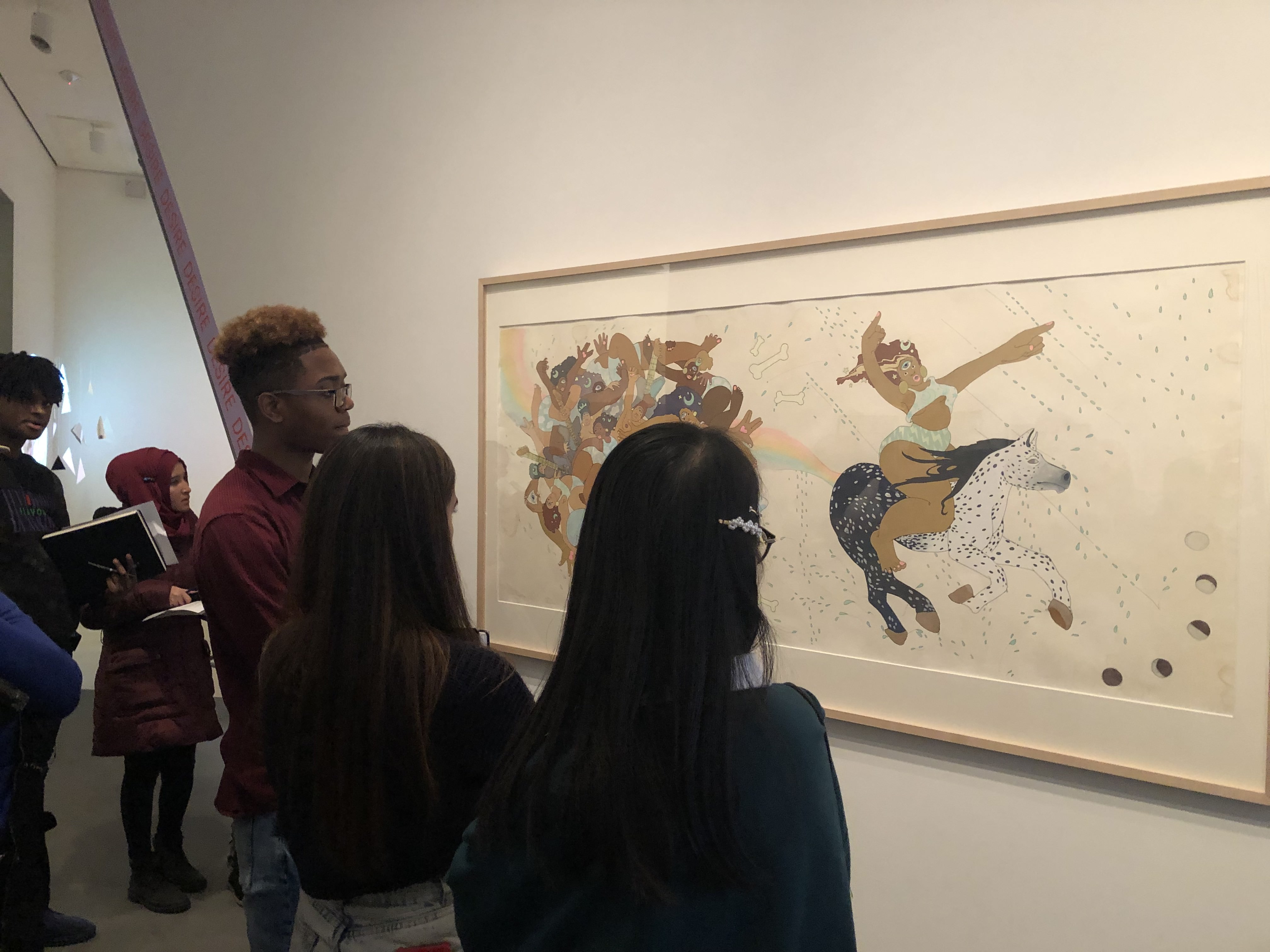 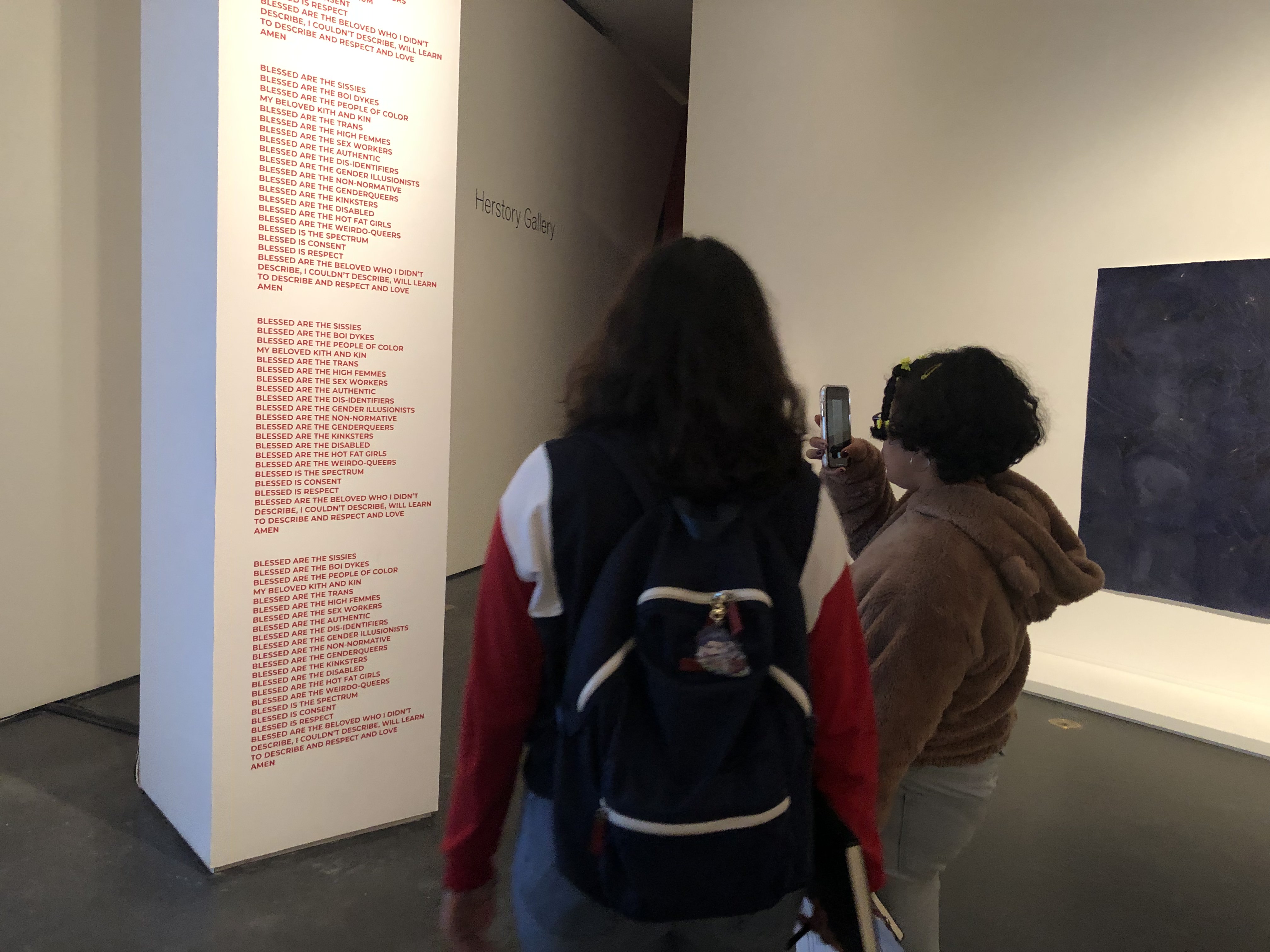 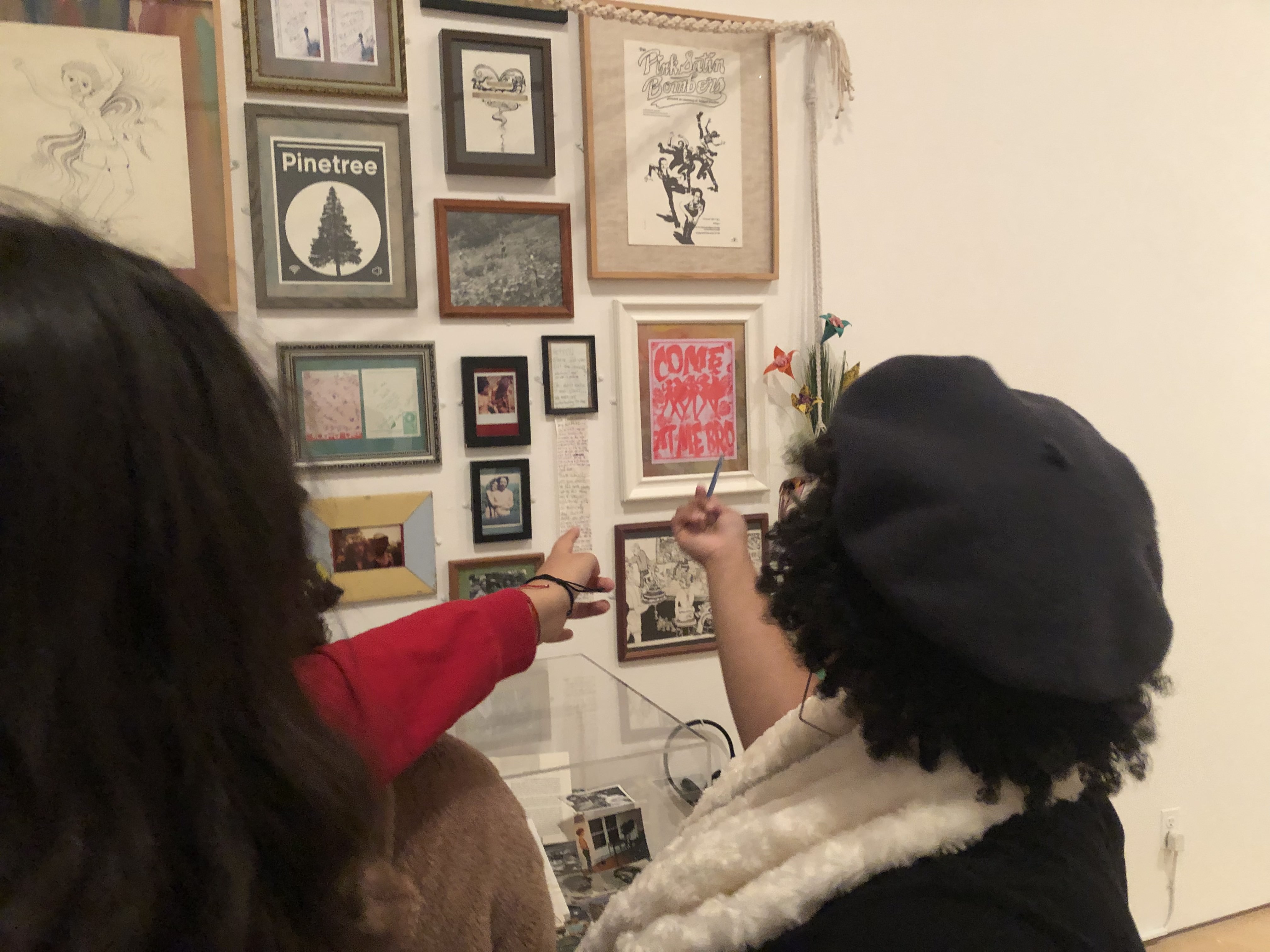 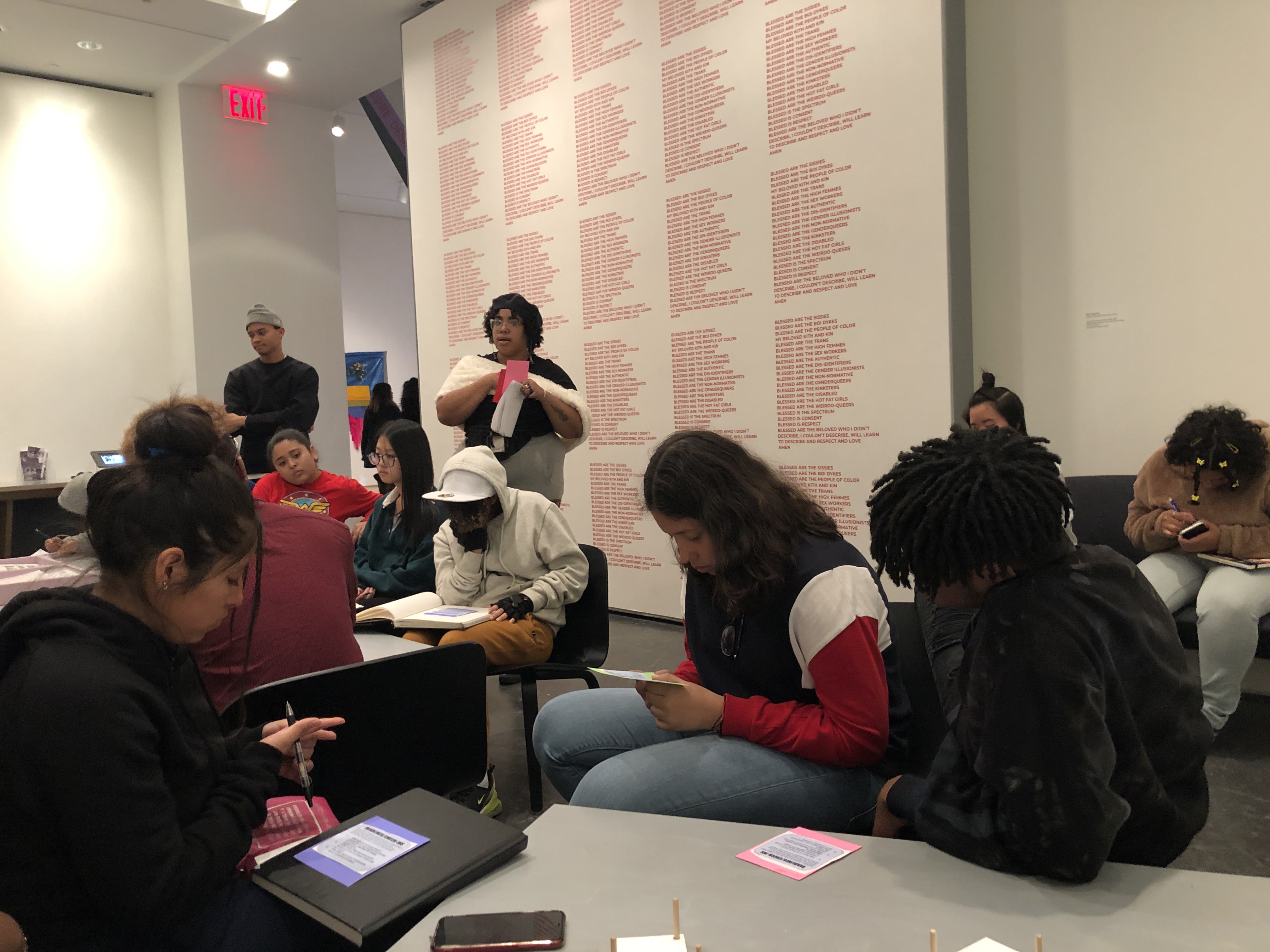 After starting off the afternoon workshop with meditations for the past few weeks, they again meditated for 10 minutes before working on their artist statements. Unlike artist bios, they had to go further in-depth with themselves in order to write their own artist statement, for many of them, was difficult. After some one-on-ones between the scholars, mentors and/or advocates, the scholars were able to find a better understanding of their work as a whole and was able to continue writing their statements.

In the morning, juniors discussed progress on their zines with their youth advocates. In the afternoon, the scholars took the 4 train to the Brooklyn Museum to see Nobody Promised You Tomorrow: 50 Years After Stonewall, an exhibition commemorating the 50th anniversary of the Stonewall Riots. Scholars stopped to reflect on the works of Tuesday Smillie, and Amaryllis DeJesus Moleski to discuss their works’ meanings and their relevance to current social-political climates, acknowledging that those usually at the forefront of revolutionary movements are the most marginalized. After letting the scholars explore the exhibit and take their time on the work, they got together to discuss the impact the exhibition had on them, and plans to continue working on their zines and contributions for Open Studios.

This week in the Mentor Fellowship, due to Nadia’s absence, the mentor’s had a guest teacher. The multi-media artist, designer and creative director, Anthony Bryant, who has honed his skills in brand-building and curation at places like Rag & Bone, Nike amongst others. The focus on the day’s session was on goal-building. The mentors looked into ways of going about the development of their five-year plans and distilled it down into blocks of time to really zone in on what they want to achieve. Bryant brought in motivational speaker, Coach Michael Peterson, to come discuss the building blocks of creating this 5-year plan.

The mentors focused primarily on the goals they want to achieve within the next 3-6 months and started with creating four pillars that derive from their core values. After establishing these pillars, the mentors moved on to writing out a tangible primary goal and accompanying goals to achieving it. Along with this, they were tasked with creating a list of people they want to contact that will assist in their goal coming to fruition. The next step was contacting everyone on the list to put reaching these goals into action. It was an important part as once you establish this connection you’re really pushed to move forward with it. It was an amazing opportunity that really allowed the mentors to think about the future they want to build for themselves.