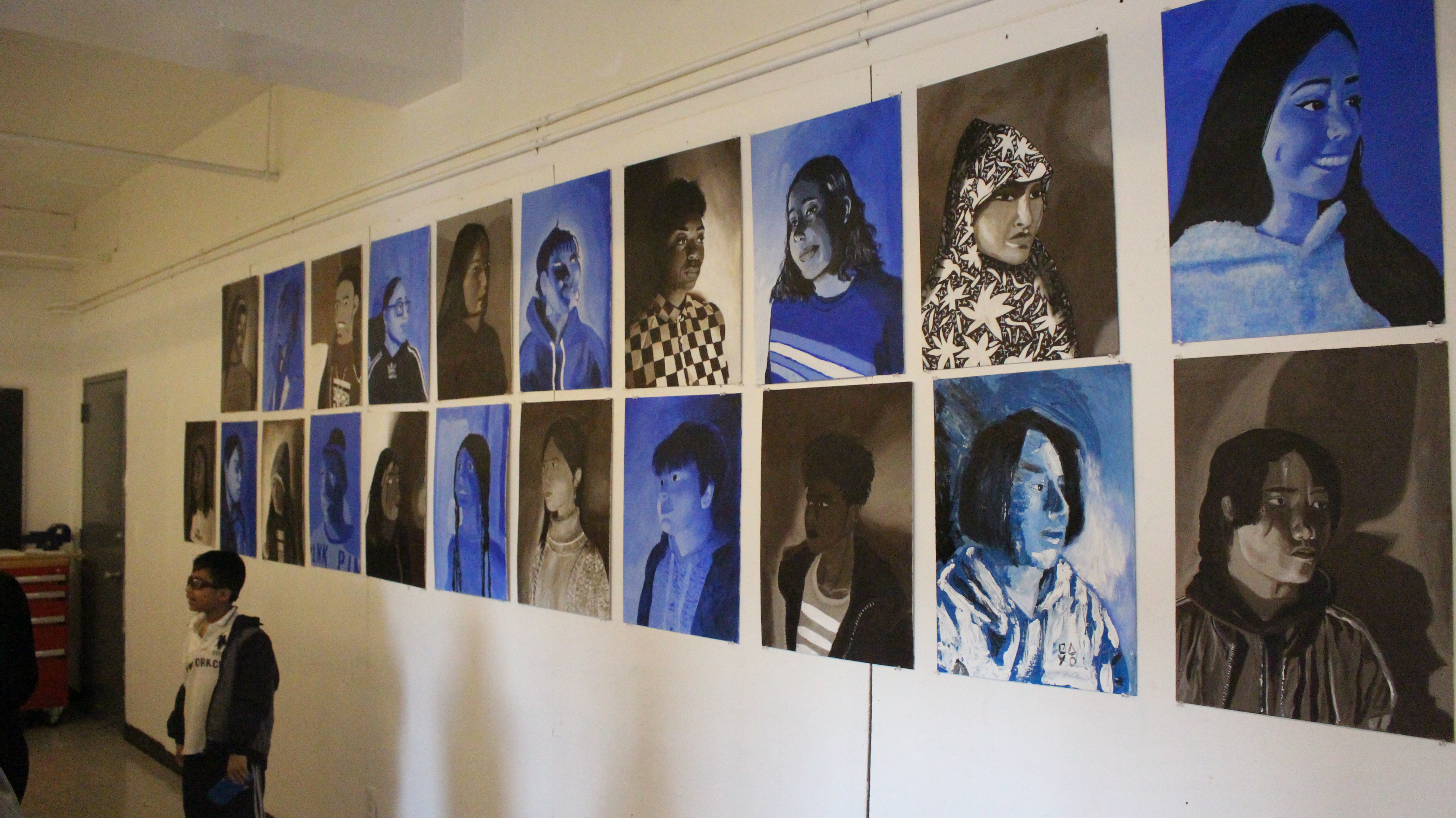 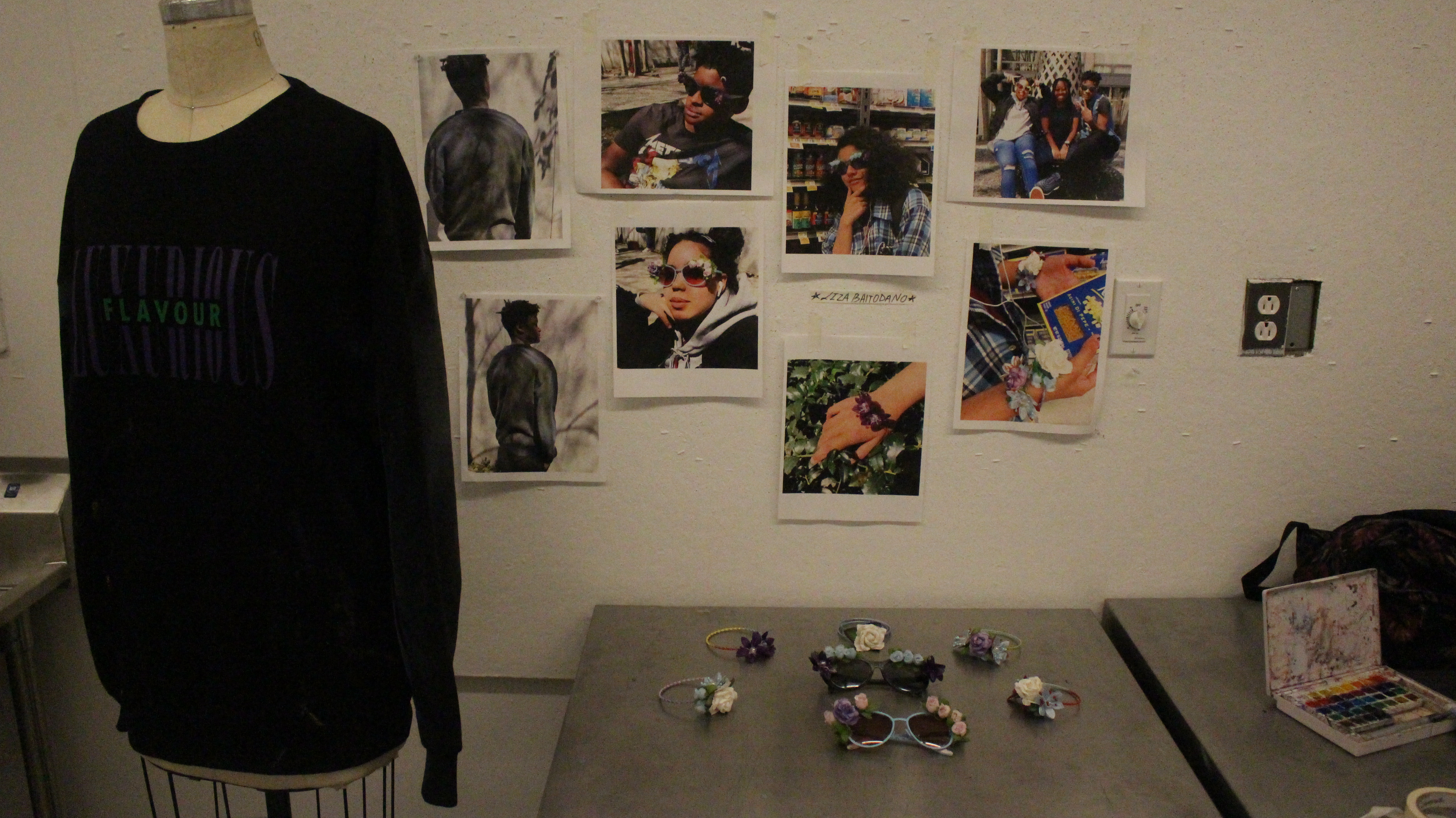 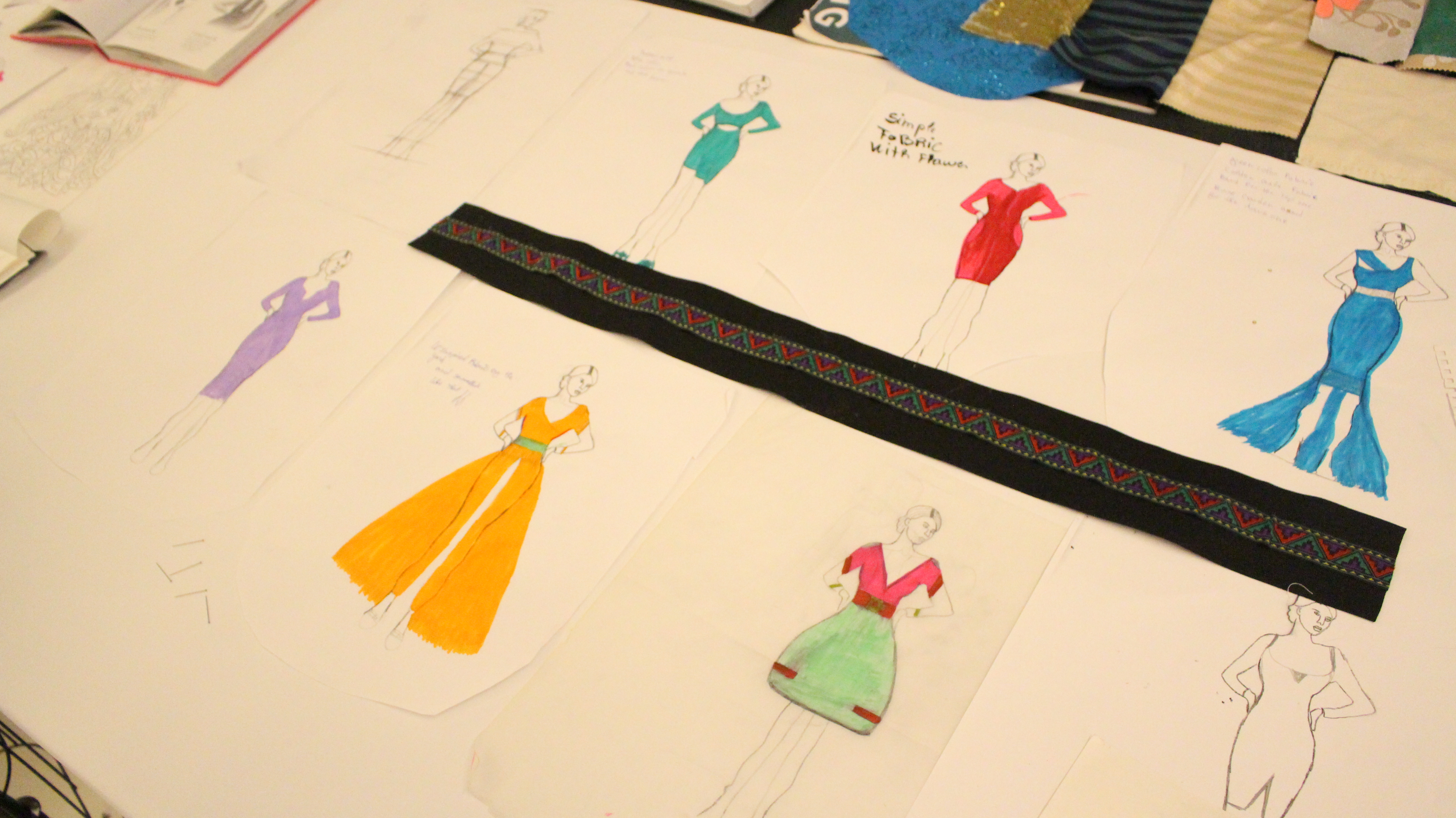 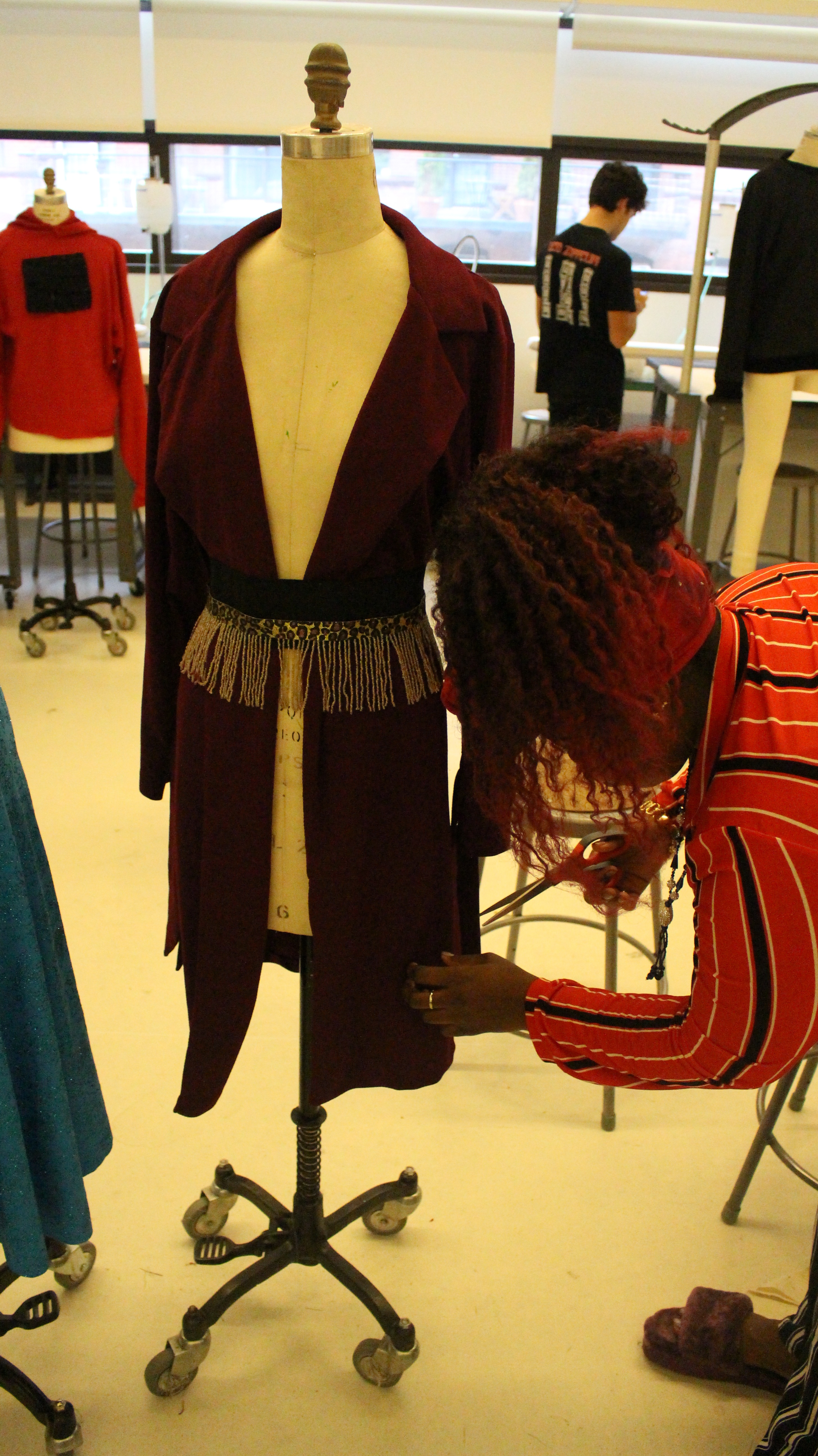 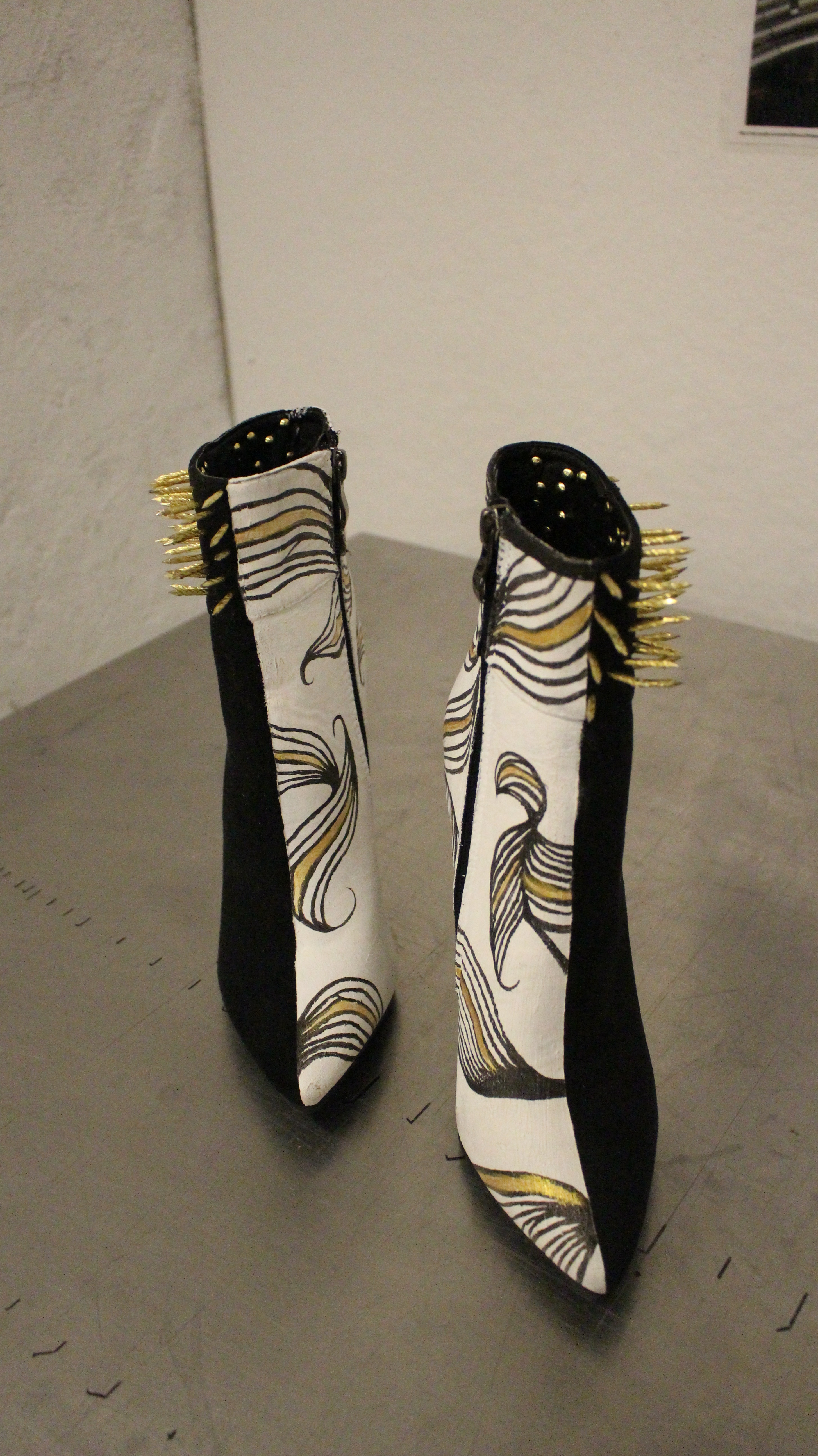 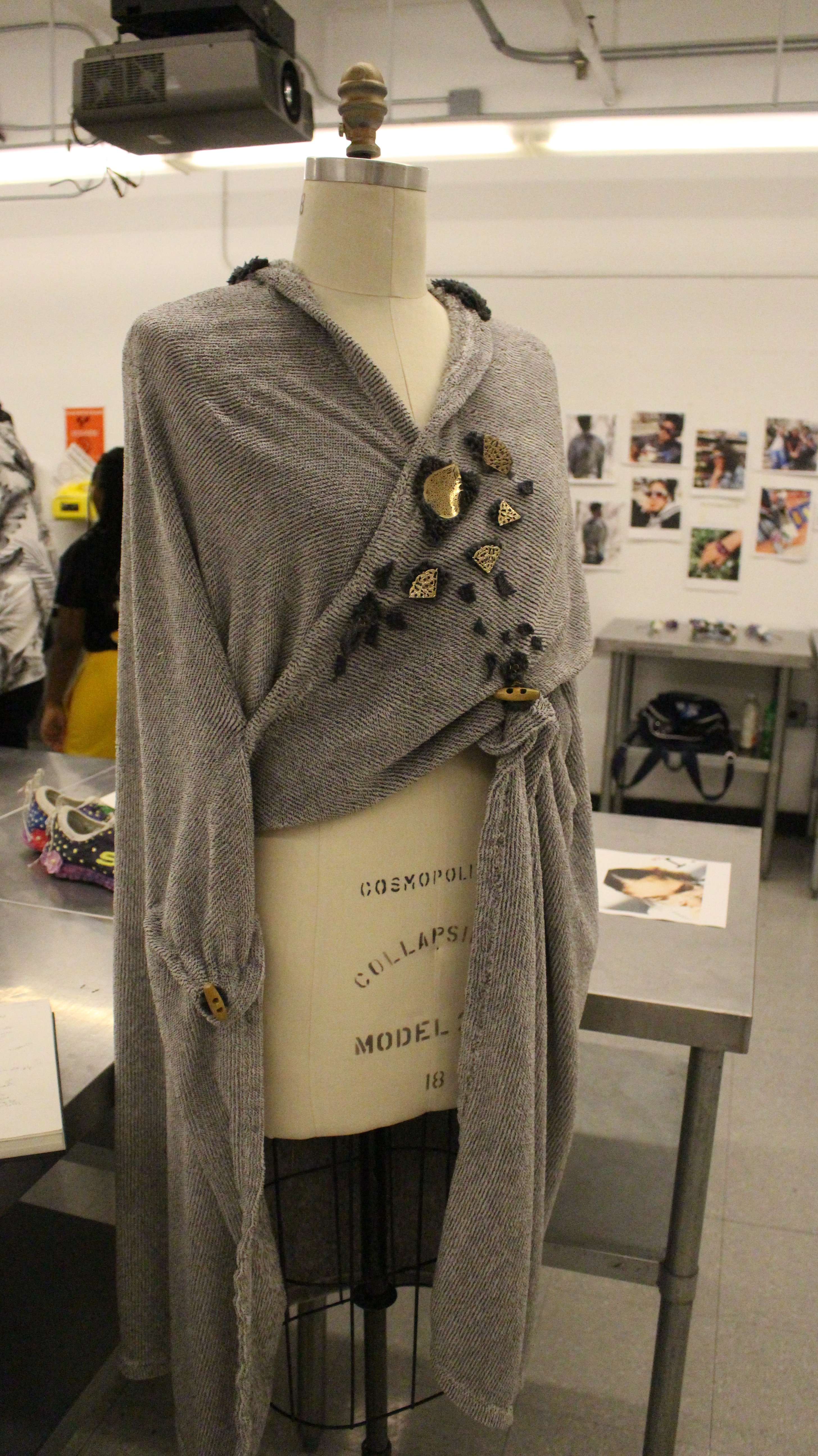 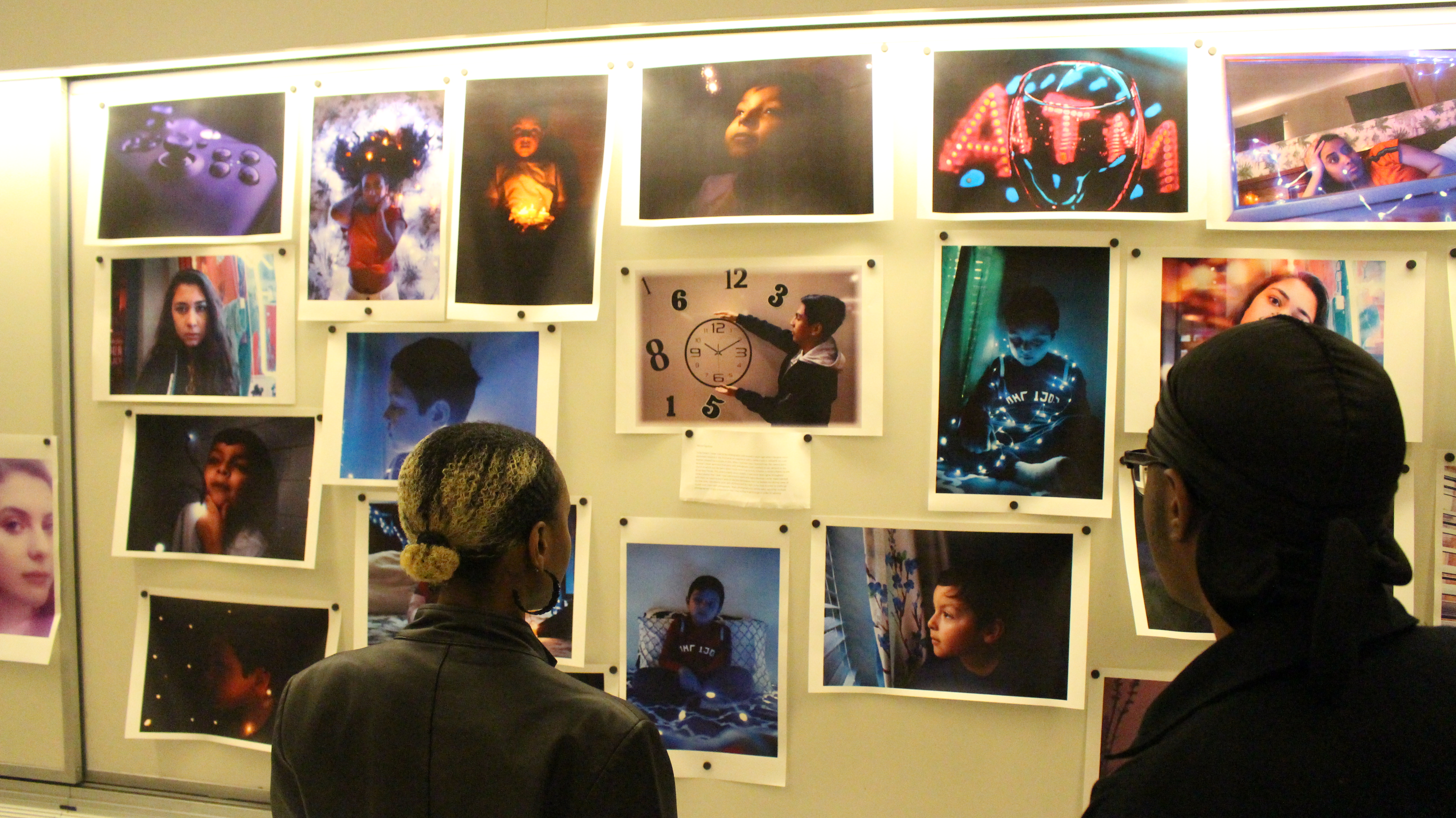 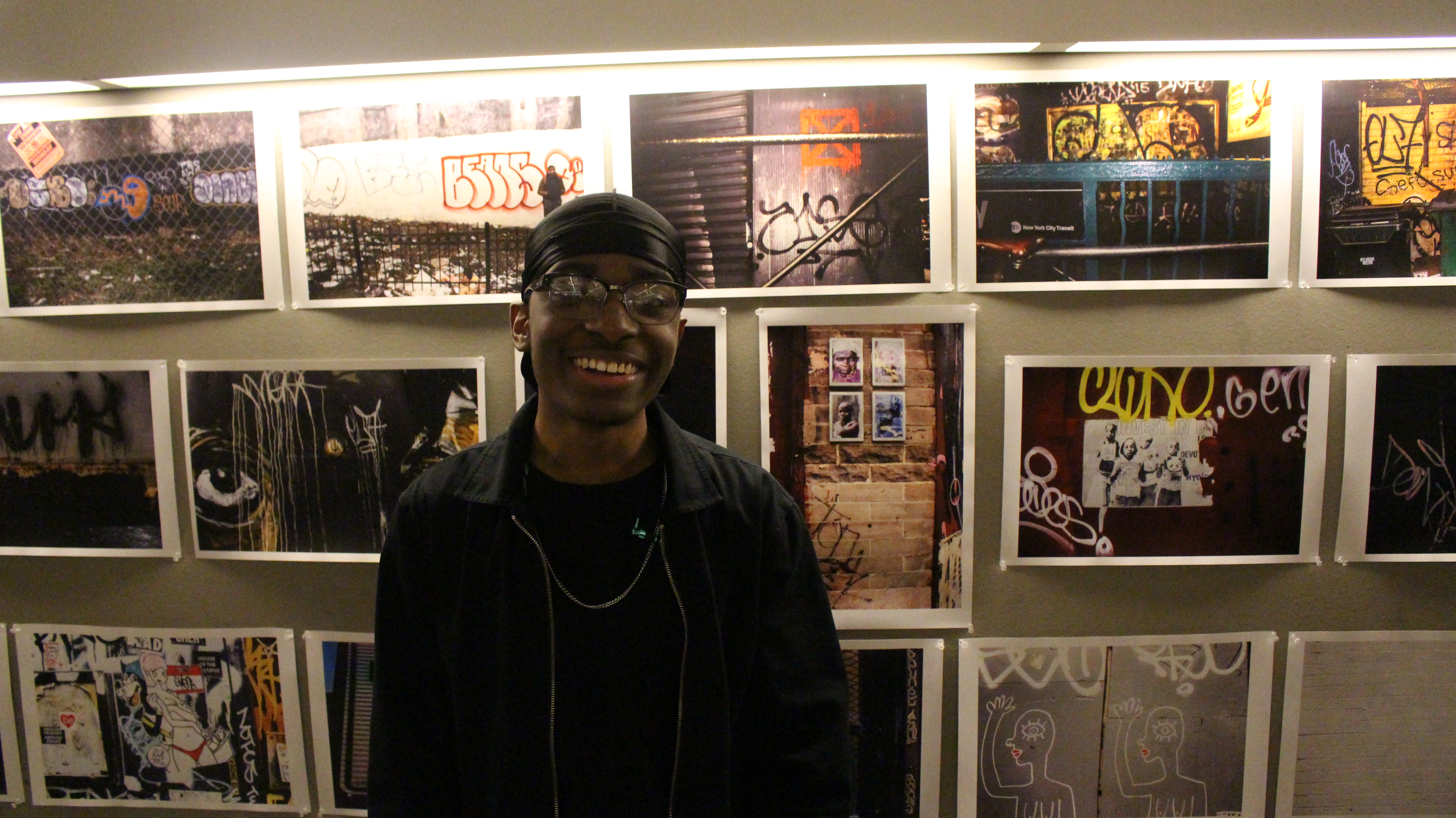 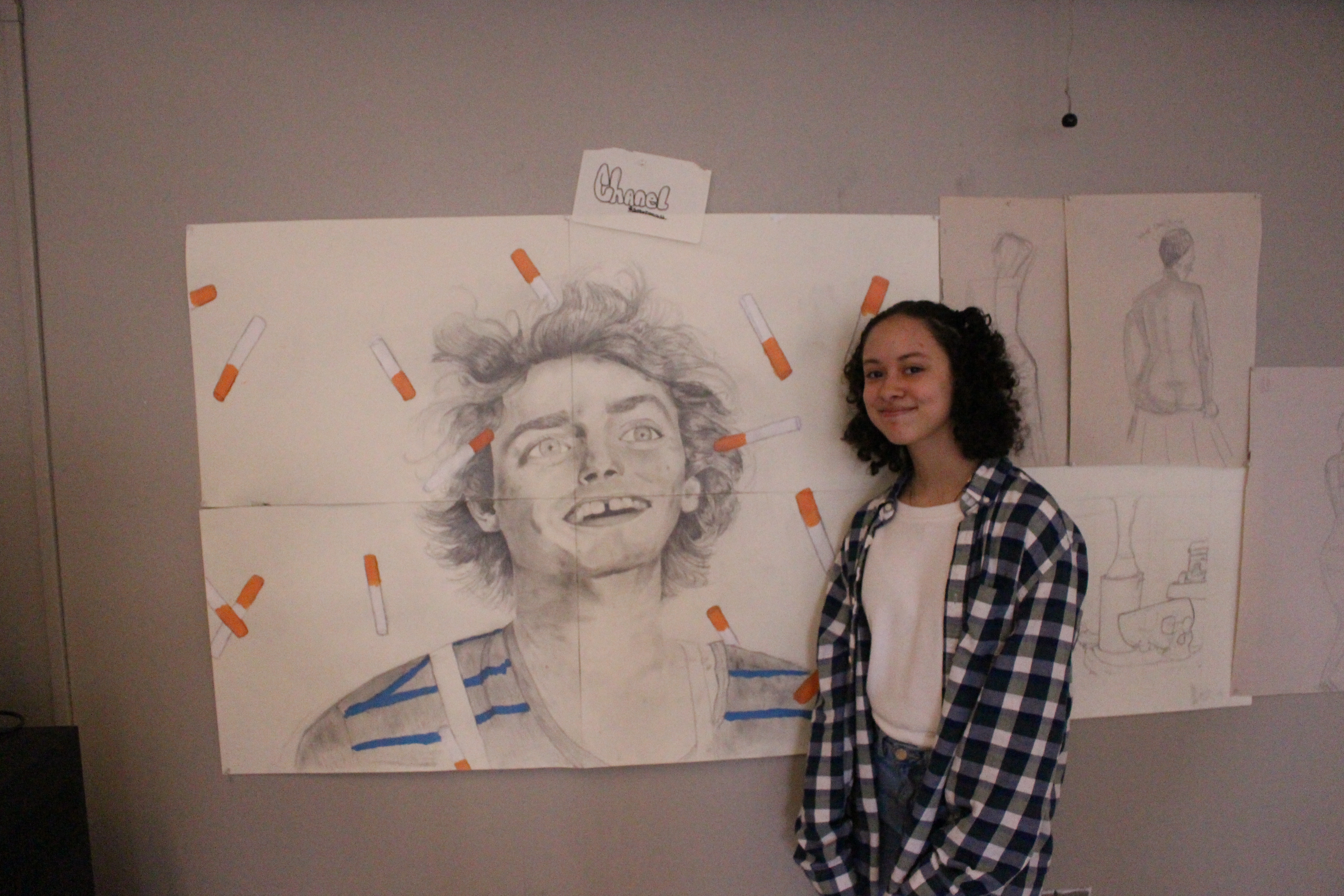 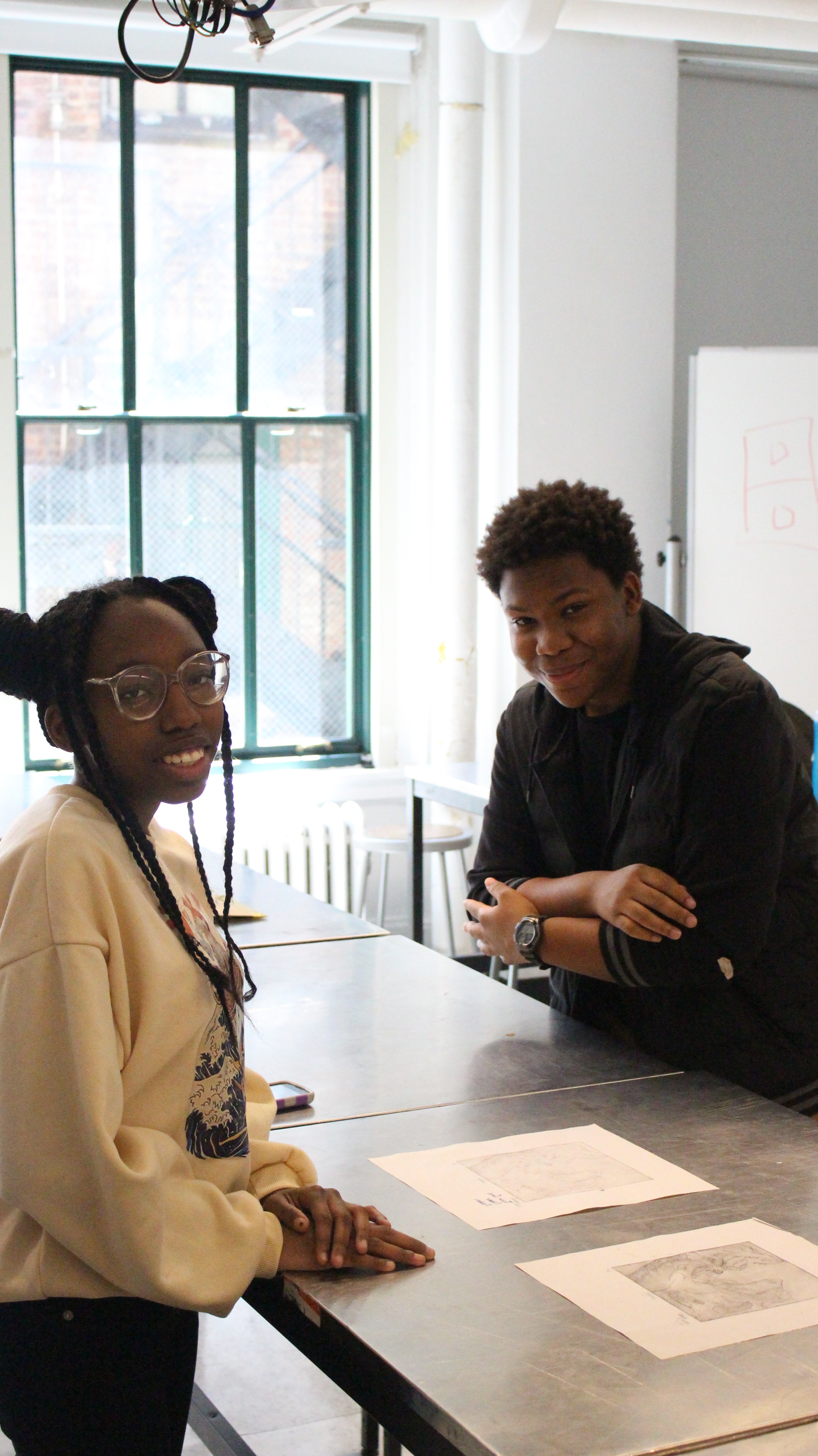 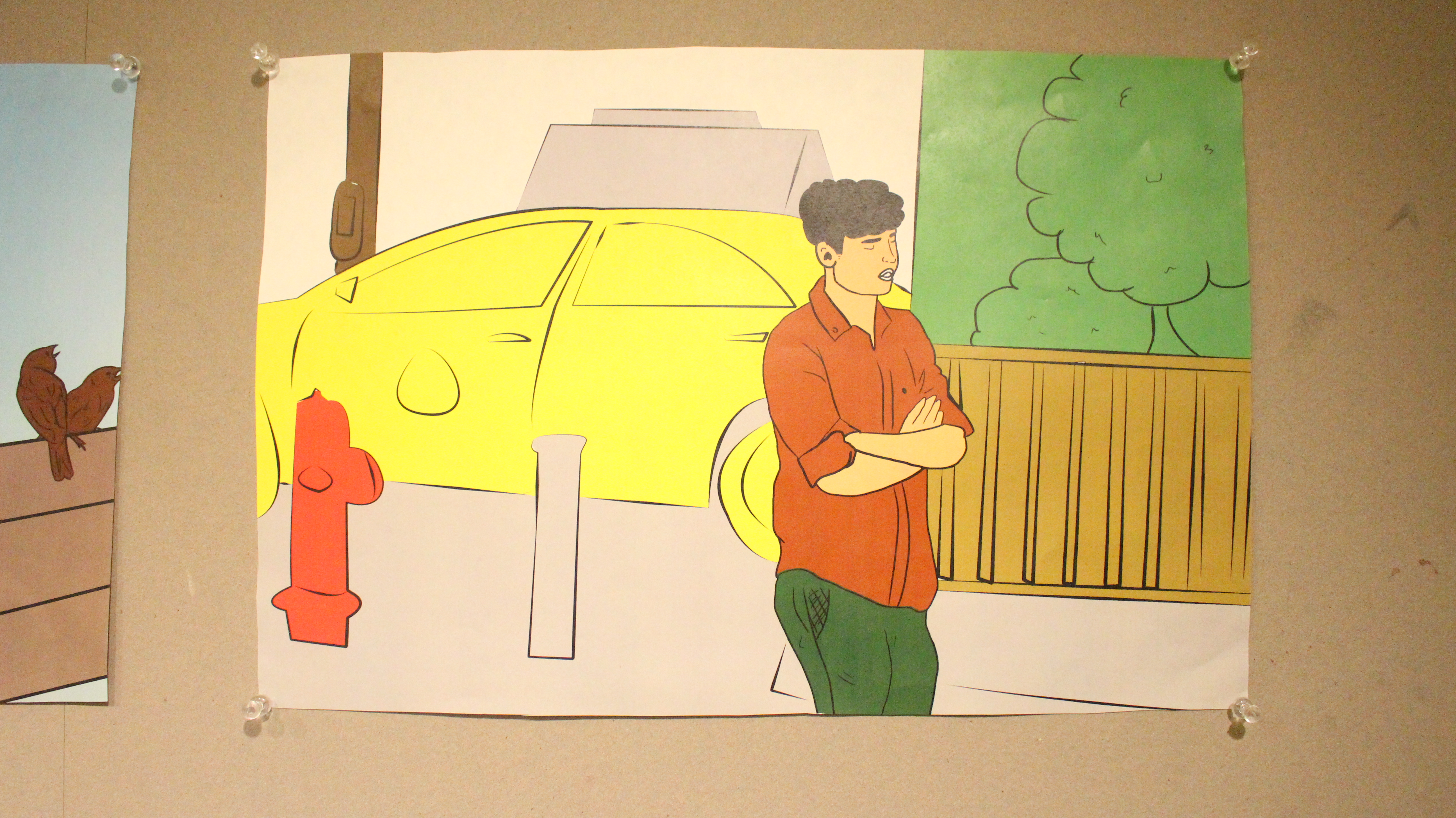 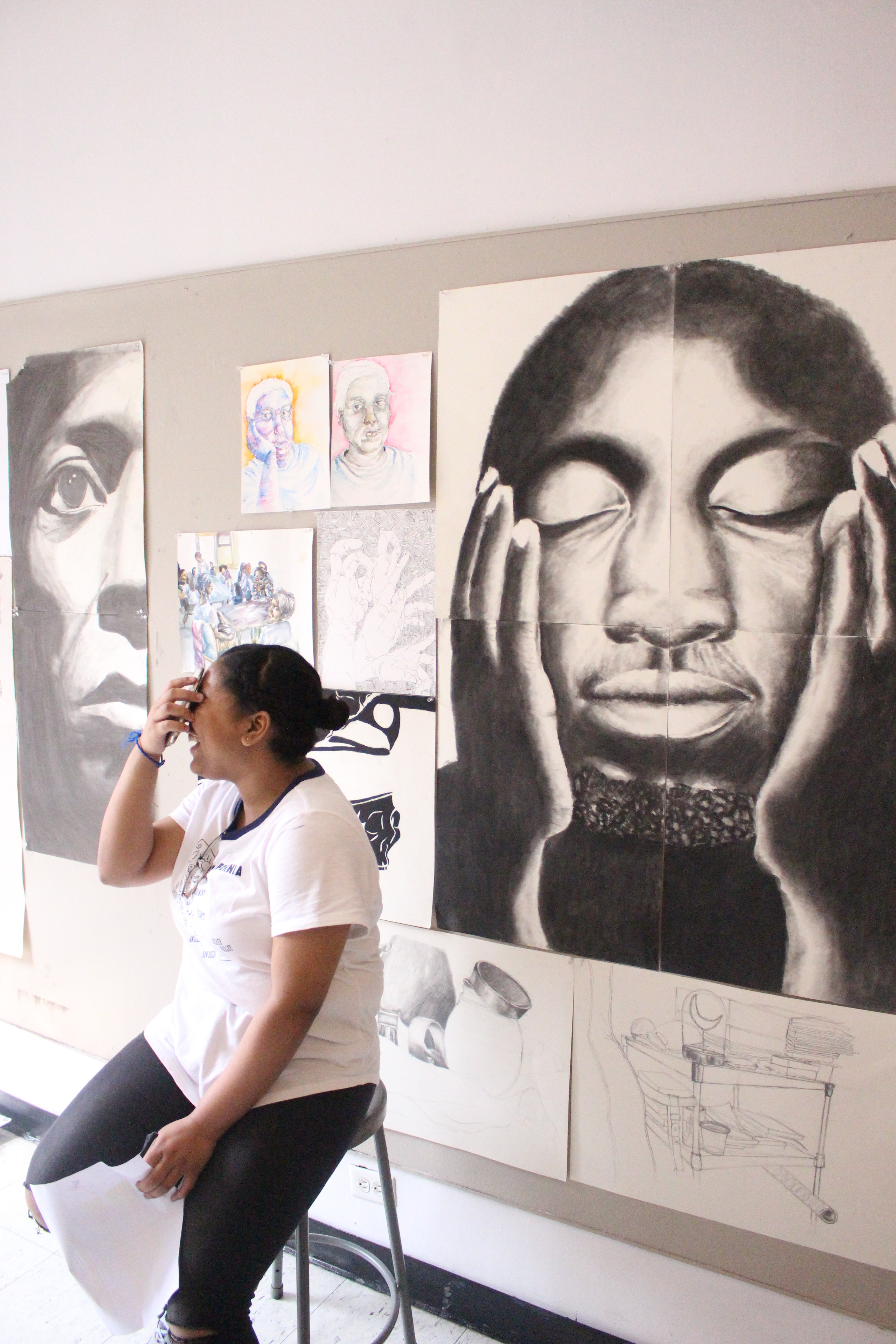 Today was Open Studios, which marked the end of the Juniors and Sophomores Pre-College Academy classes for the spring semester. Alongside all of the students enrolled in pre-college courses at Parsons, Scholars showcased the artwork they produced as part of their classes. The artwork often ranges in mediums such as design, photography, fashion, painting, illustration, and architecture.

The junior scholars roamed freely from class to class, locating the artwork of their peers and taking it in. After open studios and pizza, the junior scholars received their second diagnostic test scores and were able to review areas for improvement. They were proud to announce how much their scores improved from the first diagnostic test and shared how important it is to practice. They finished their day in the computer lab finalizing college lists, evaluations and working on personal projects.

For the sophomore scholars, it was their first Open Studios event at Parsons, and after the event they were scheduled to present their projects to their families and friends in a more intimate setting. At the Parent Presentations, first year scholars share their experience in the Parsons Scholars Program, the artistic technical skills they were gaining in the classroom, the experience of learning about artist of color through exhibitions, and exercised their public speaking skills. Scholars encouraged and cheered one another on as they each went up to share their experiences. After it was all said and done, families enjoyed pizza together and celebrated.

Meanwhile, Senior Scholars were preparing for their Learning Portfolio Presentations that takes place at graduation and for their upcoming end of year exhibition! They continued working on the final details of their independent projects and collaborative group projects as they needed. Scholars who finished their projects, took the extra time to fine tune the designs for their slides, re-work typefaces, adjust artwork alignment, and practice their speech delivery.