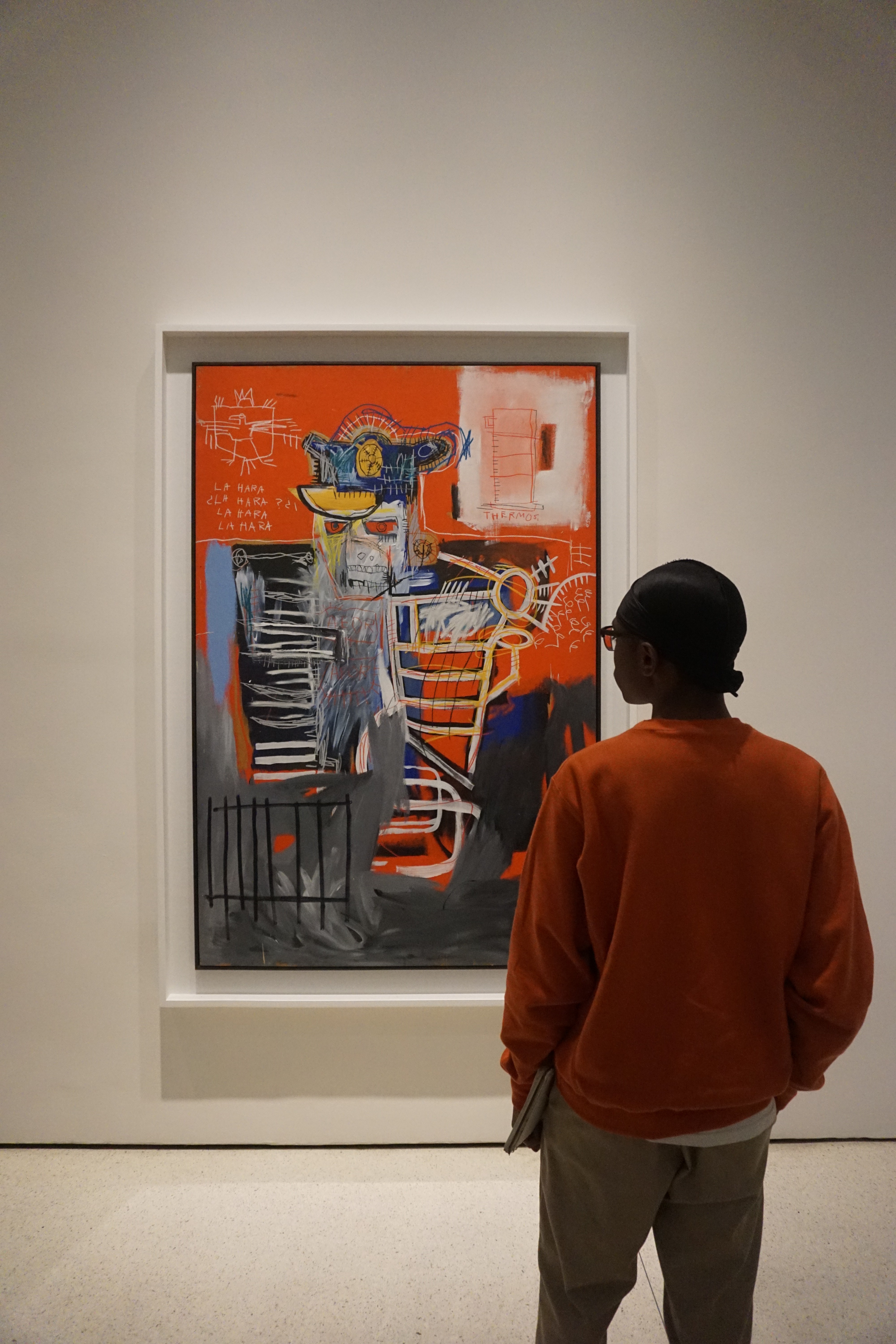 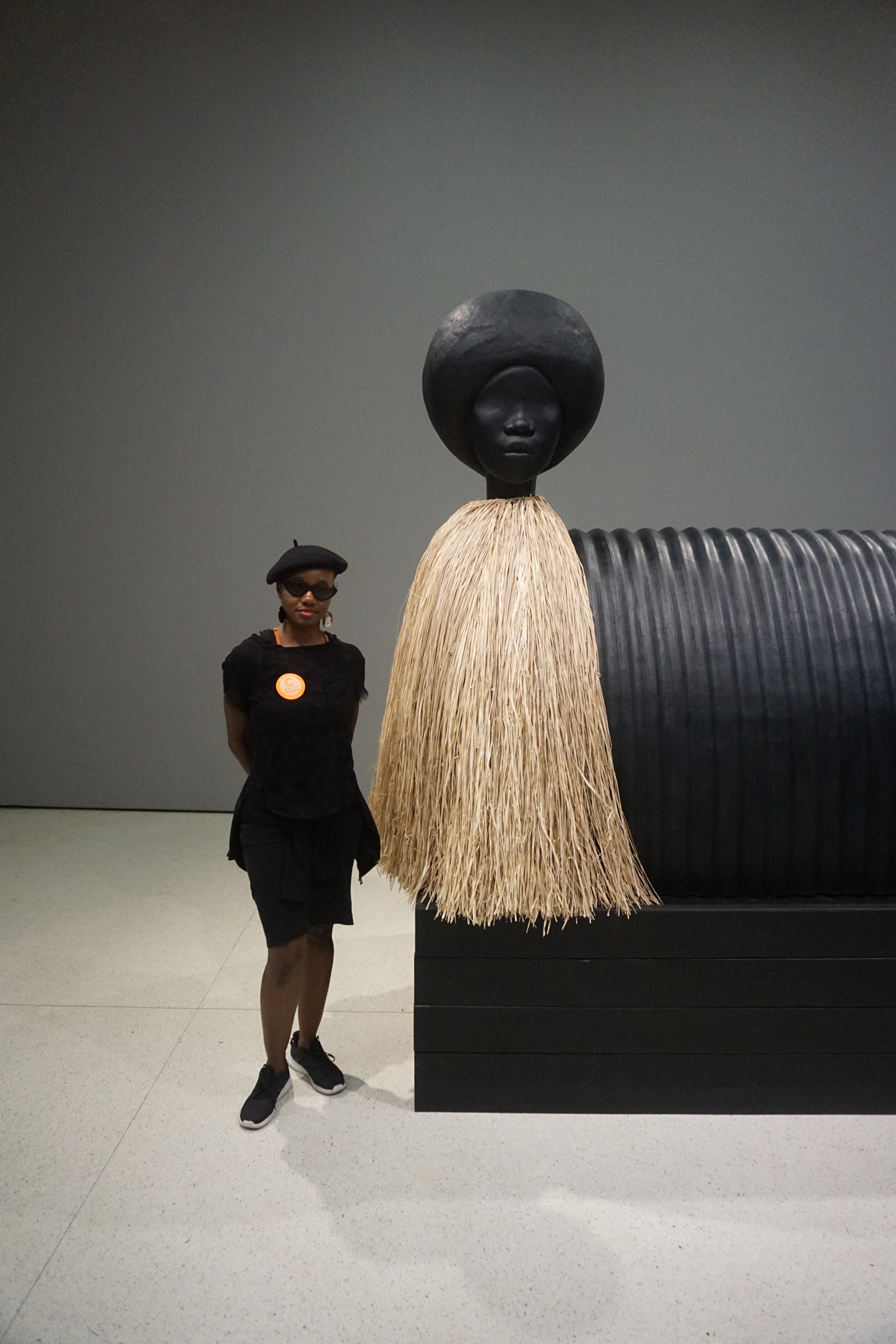 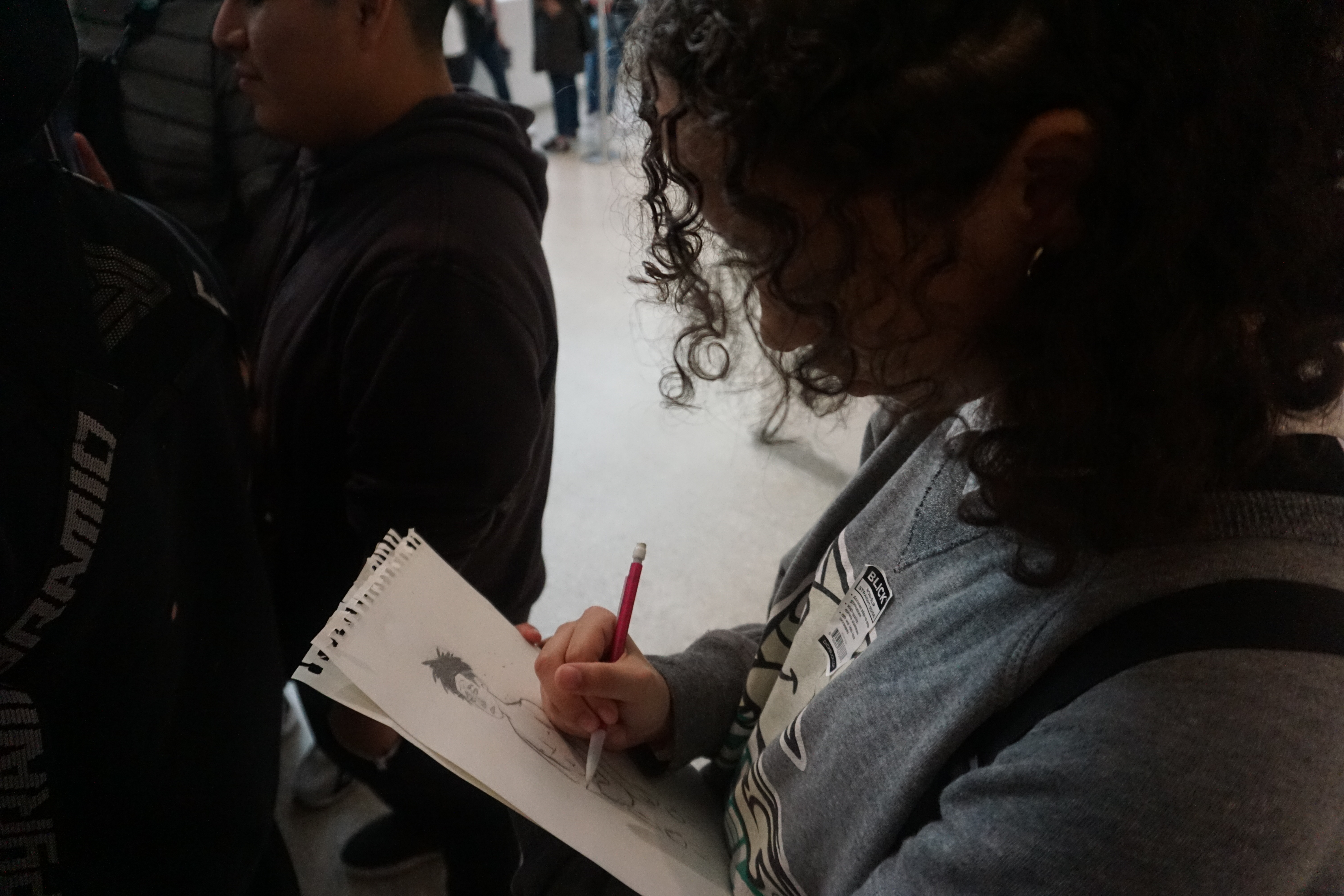 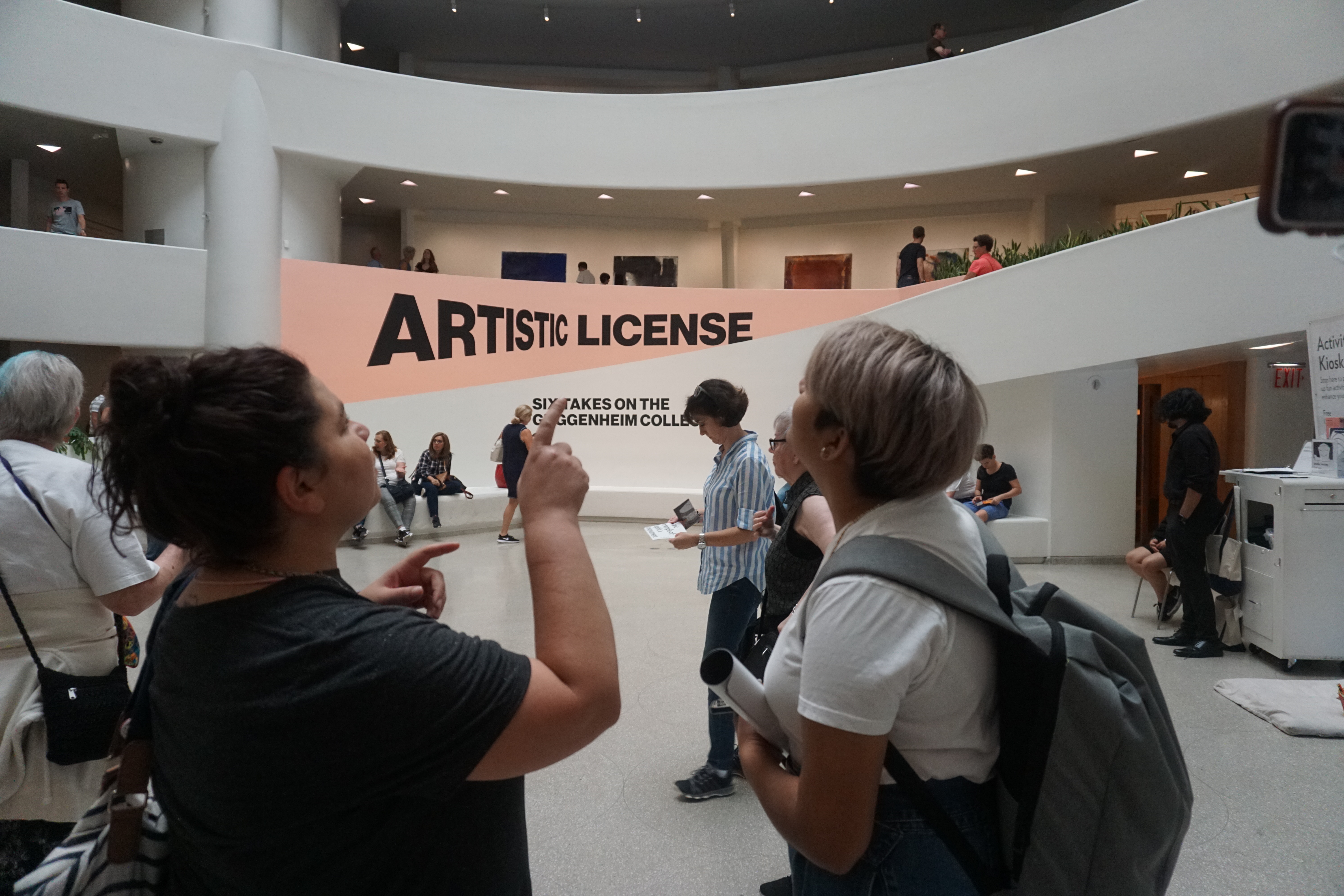 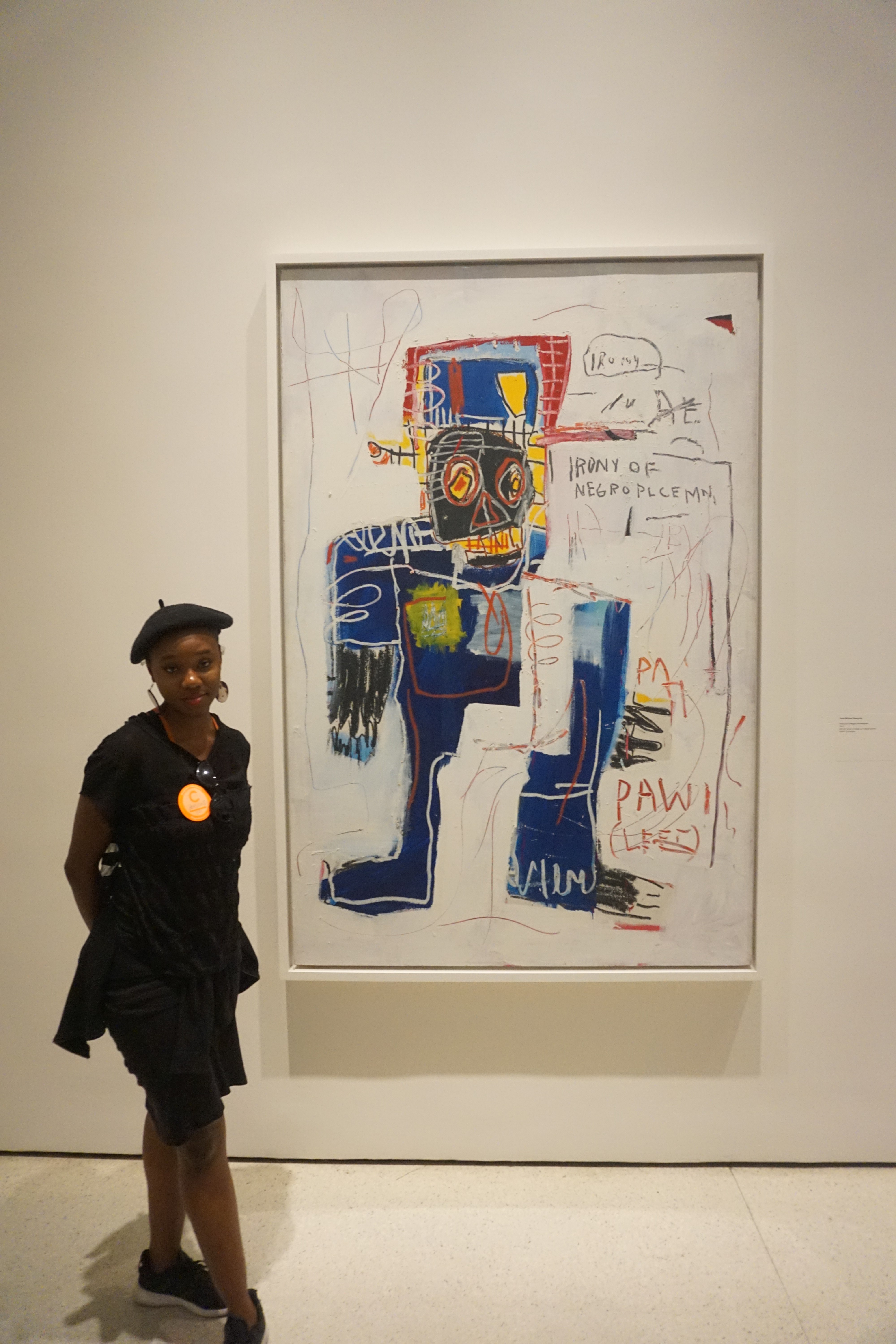 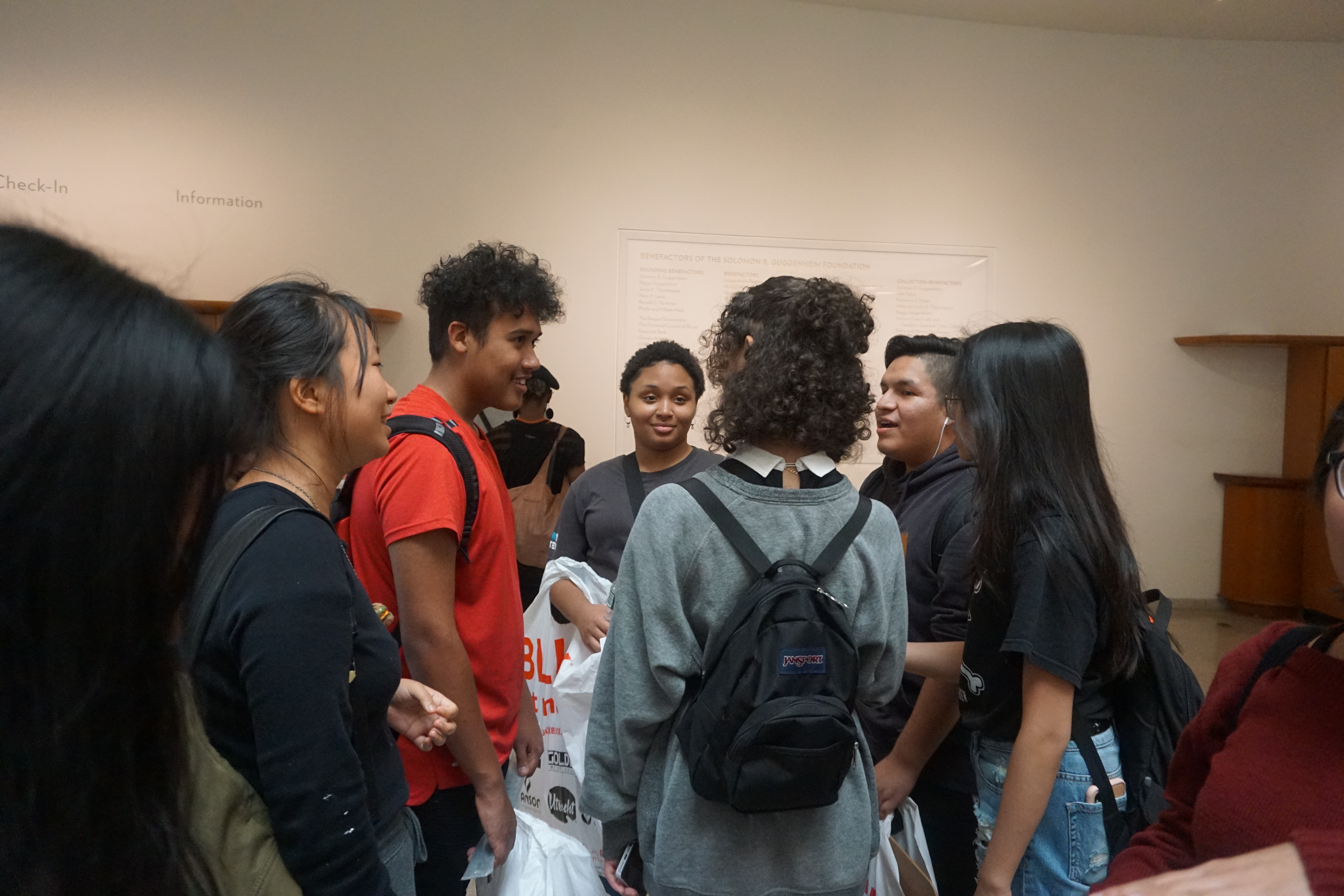 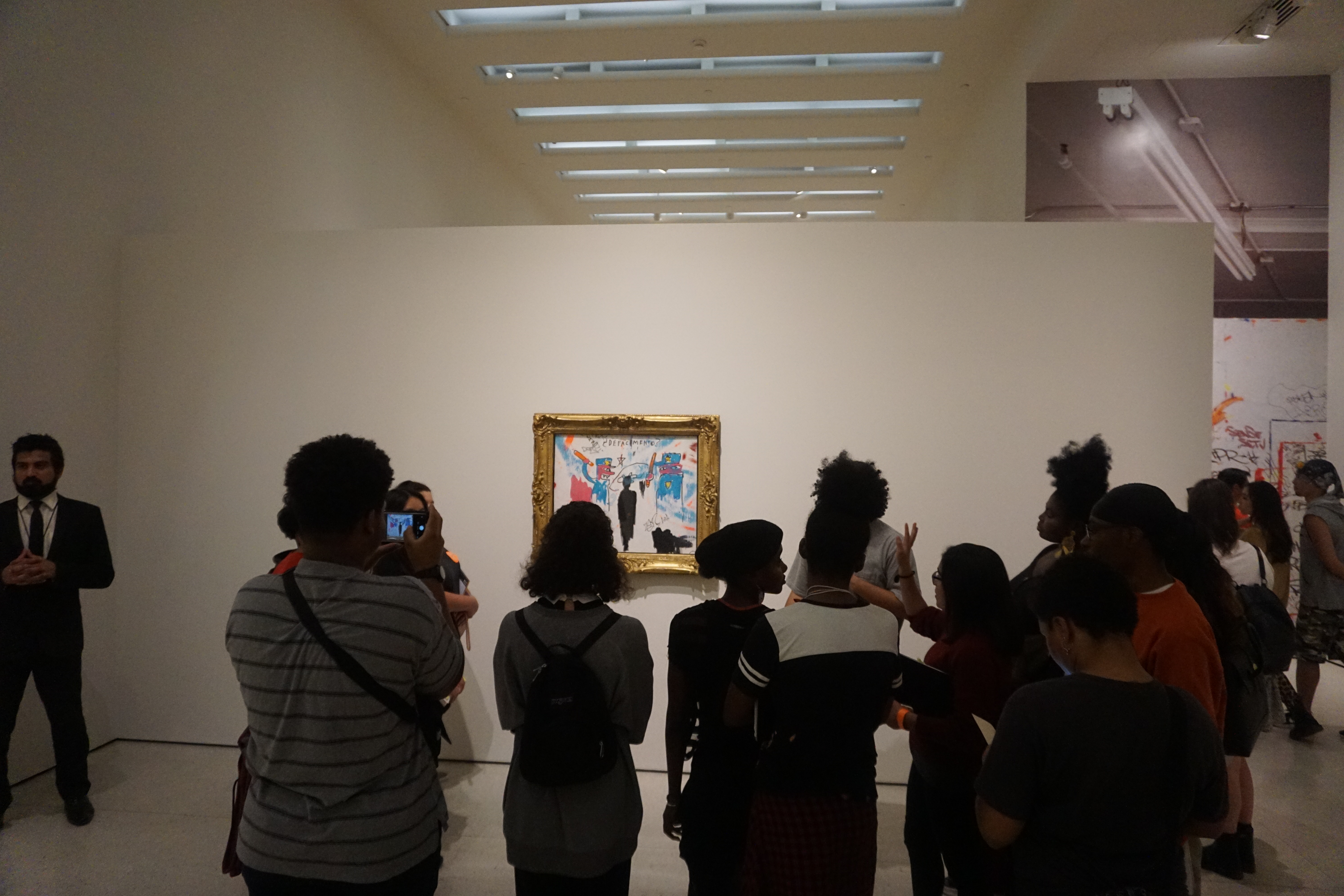 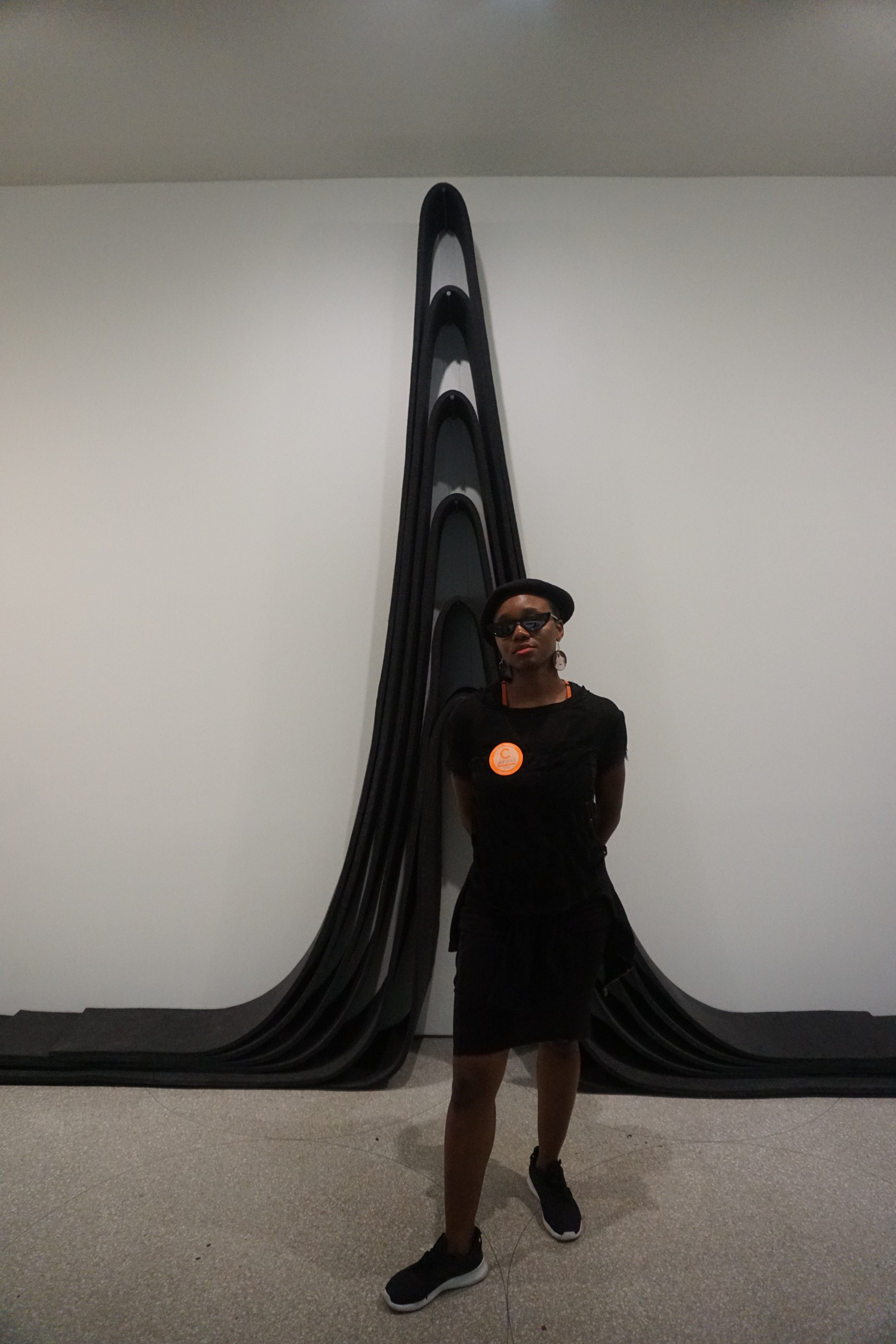 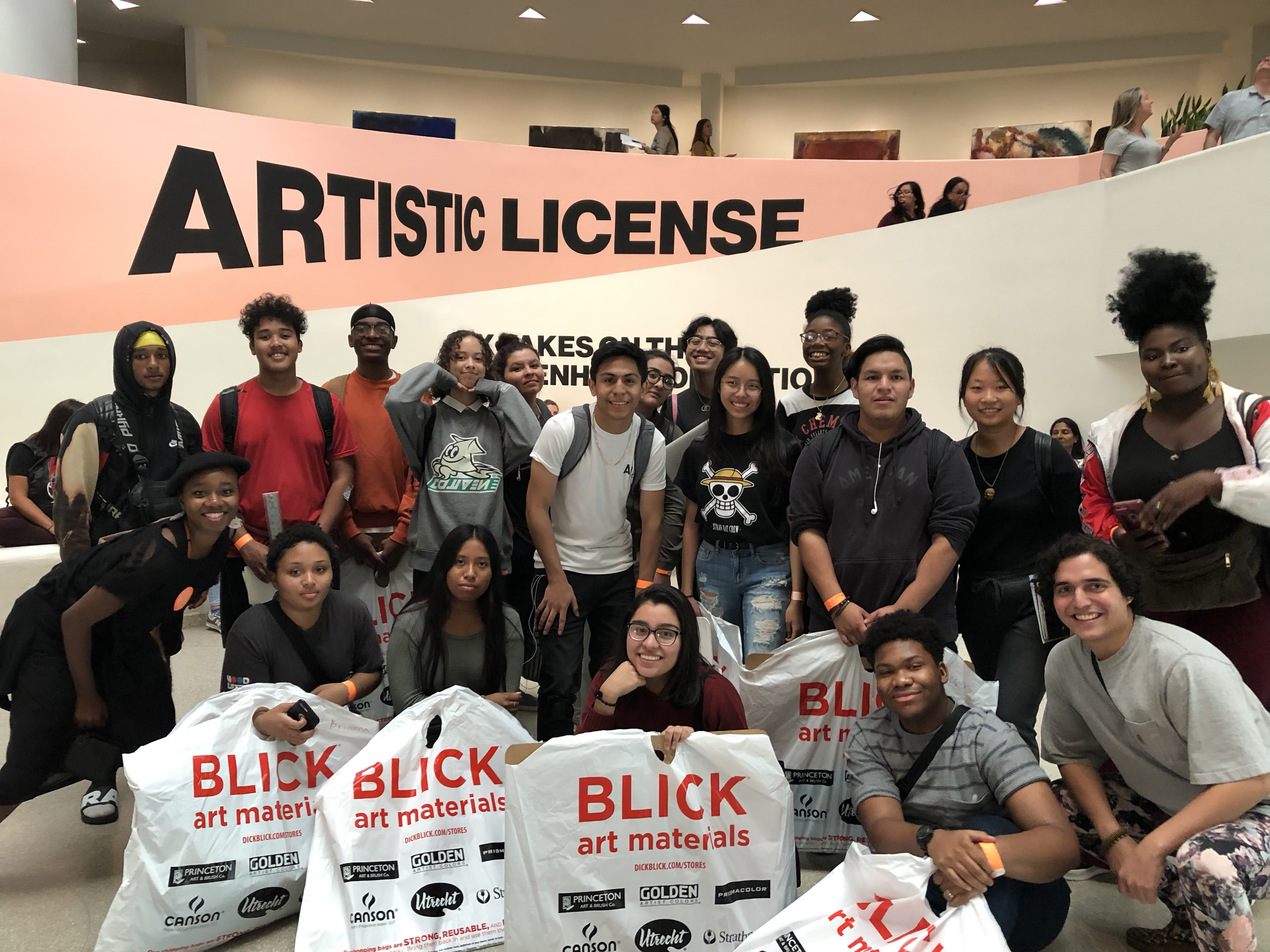 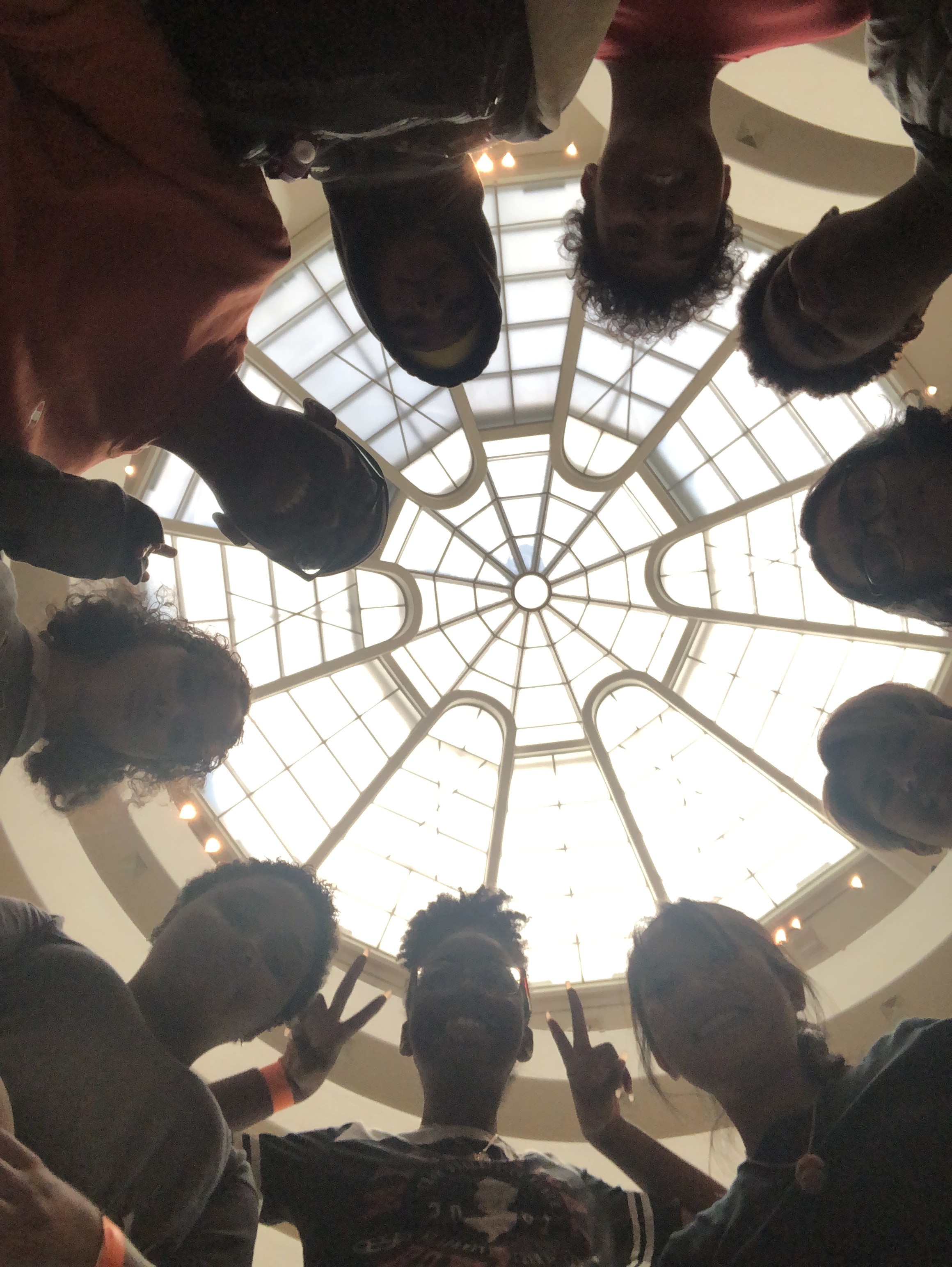 Today’s trip focused on Jean-Micheal Basquiat at the Guggenheim. Entering the museum, it was for almost all of the scholars, their first time in the Guggenheim. The exhibition, Basquiat’s “Defacement”: The Untold Story, focused on themes they face and question as a scholar. Youth Advocate Kevin gathered all the scholars in front of Basquiat’s, Defacement (The Death of Micheal Stewart), a response piece to Micheal Stewart’s death on the hands of the Transit Police, which was the specific piece that the scholars were shown and reflected on during their morning meeting. As they understood the brief context of Michael Stewart’s death, they also saw other artists and their responses to Stewart’s death in the exhibition.

After a debrief of the exhibition, the scholars were free to roam around the museum to see other pieces of work that they can use to create quick sketches and iterations on way they could incorporate Basquiat’s style with other forms of art, medium, and expressions that could lead into their future projects.