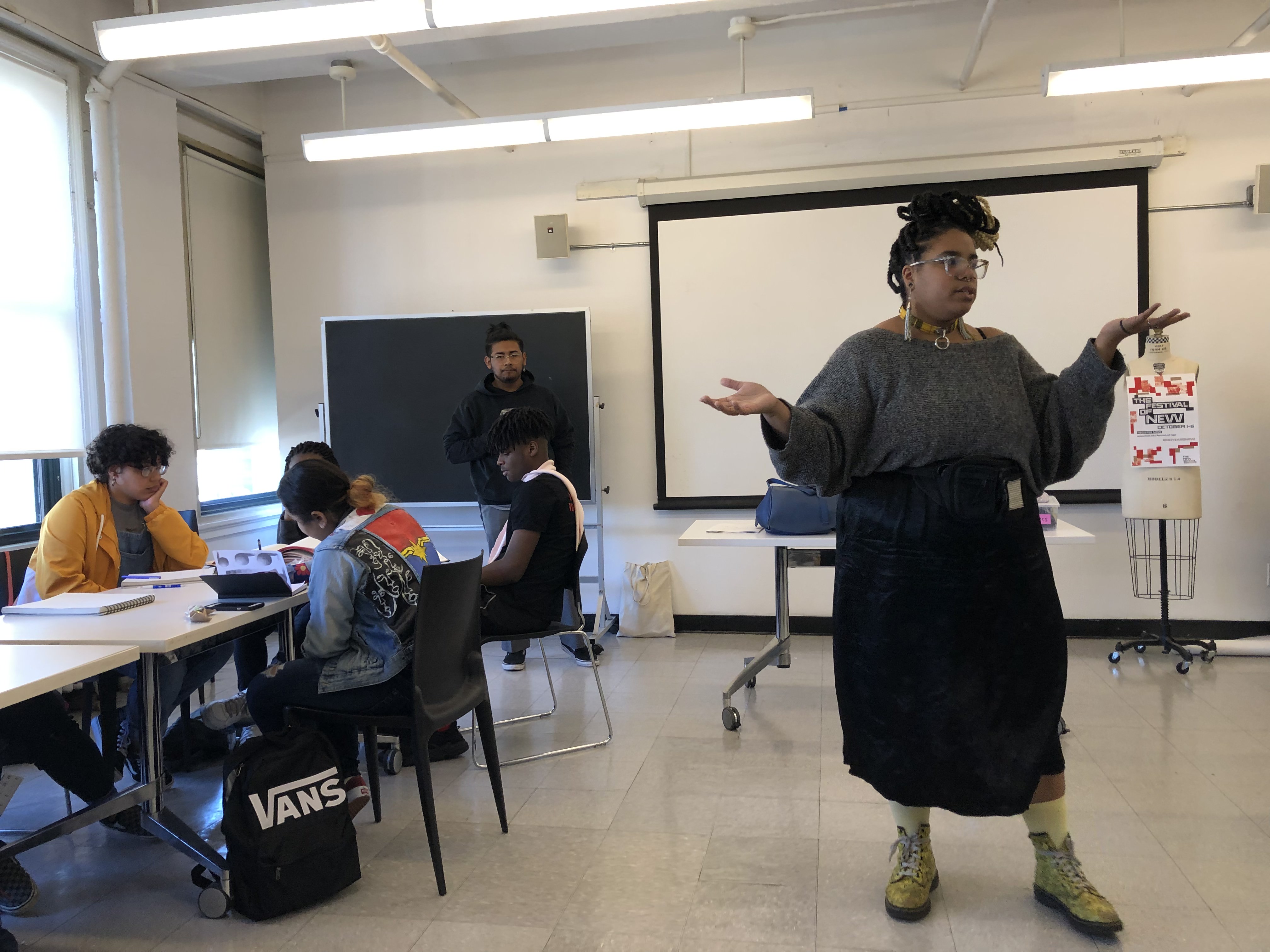 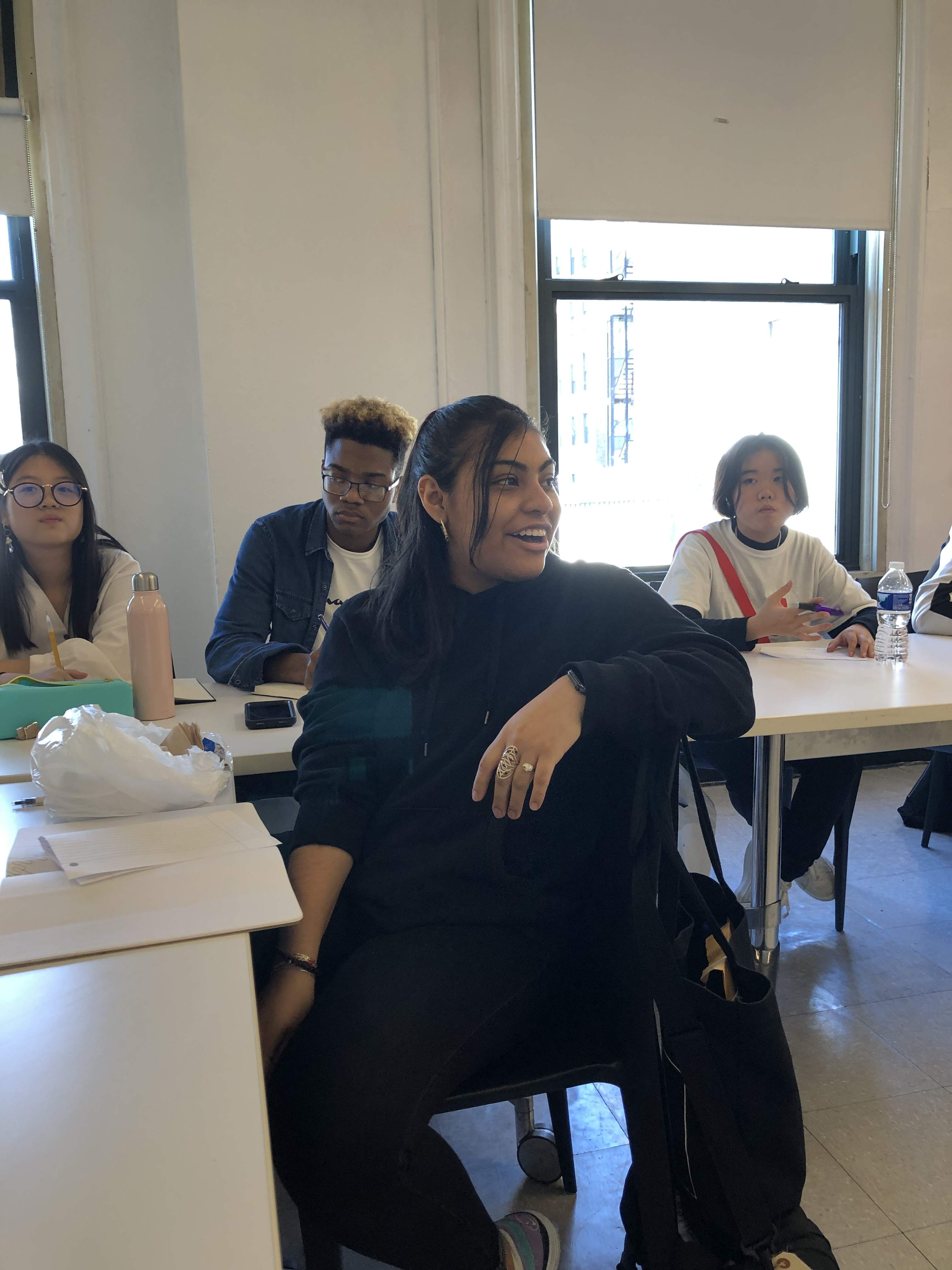 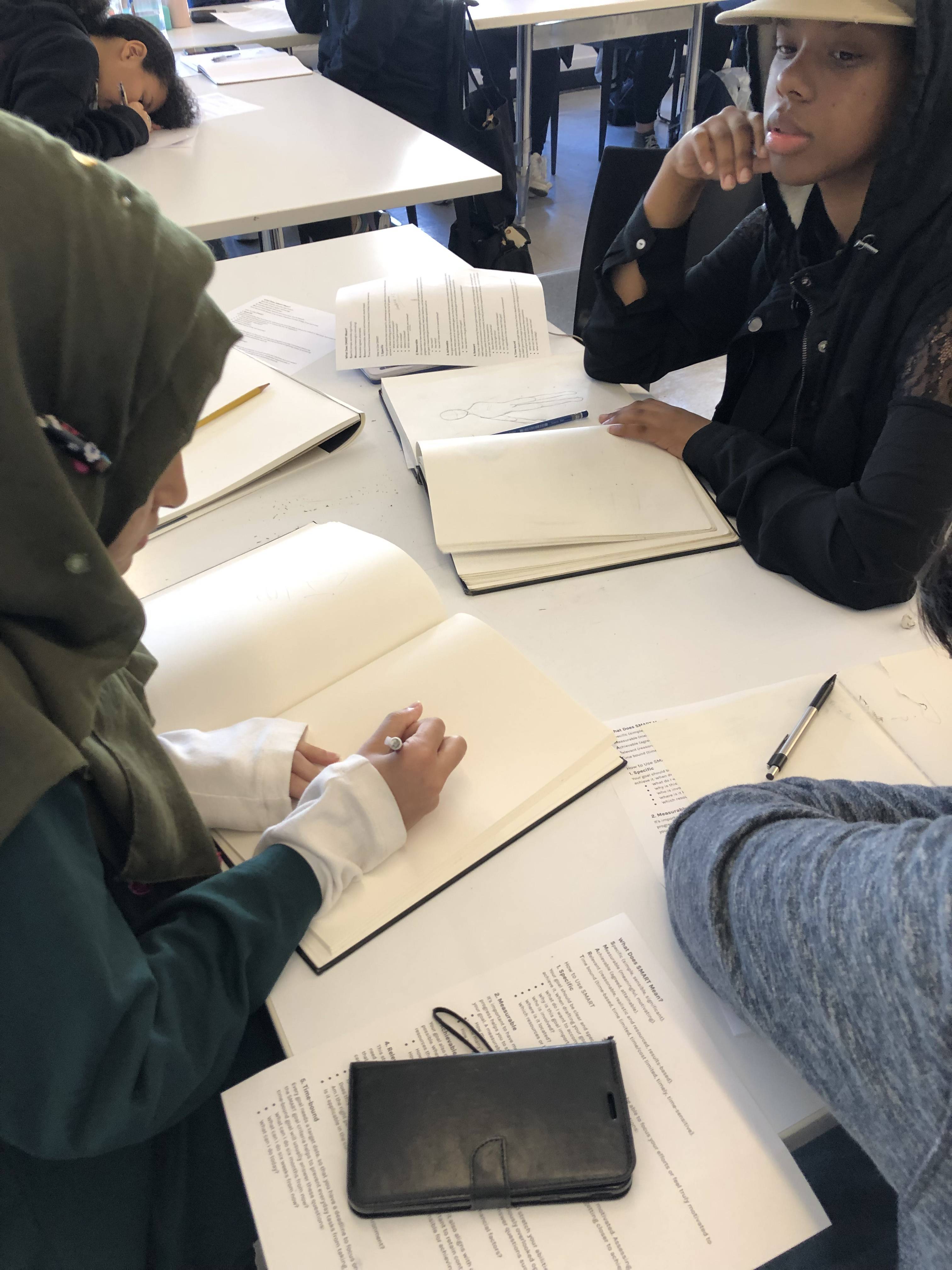 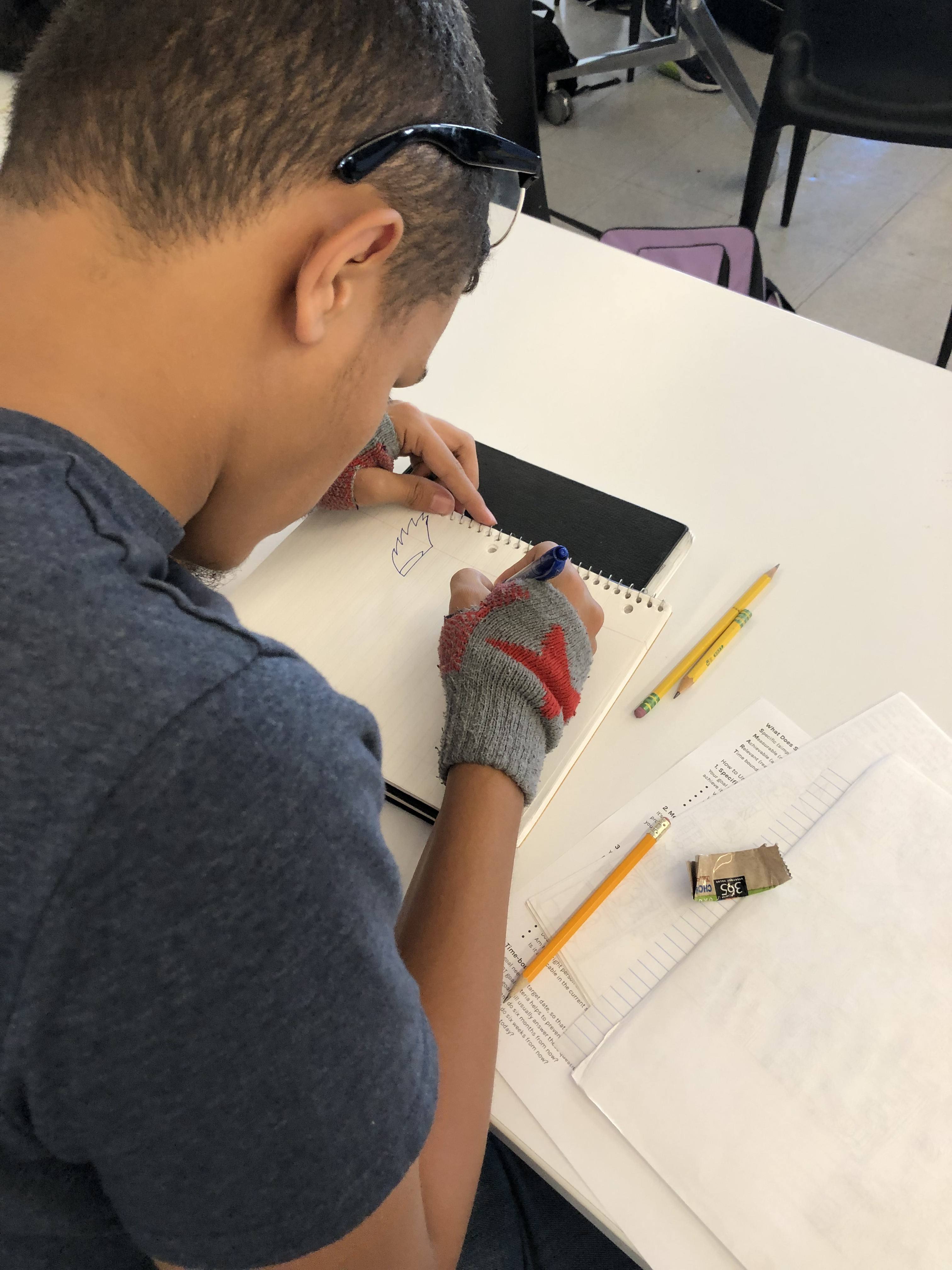 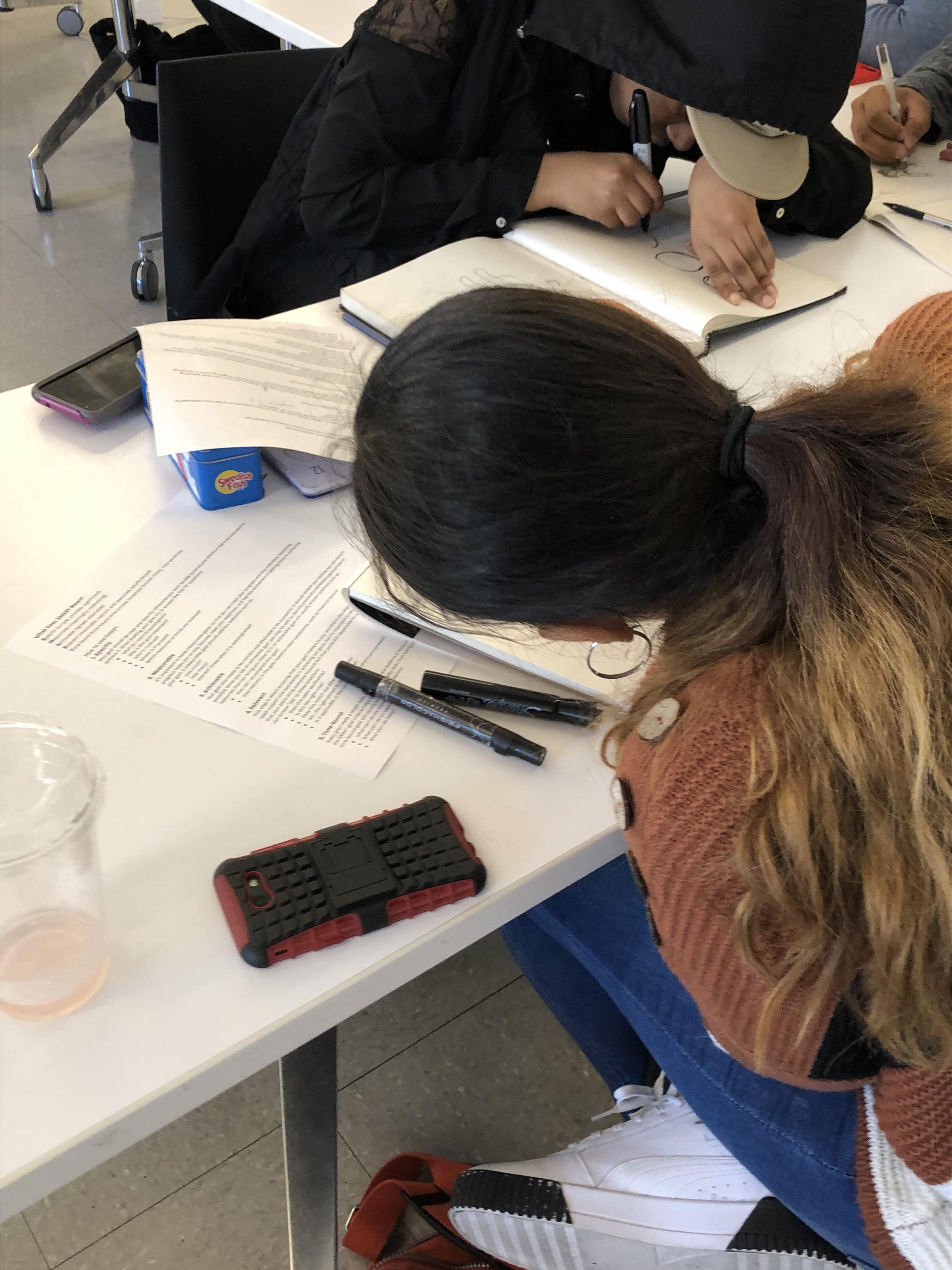 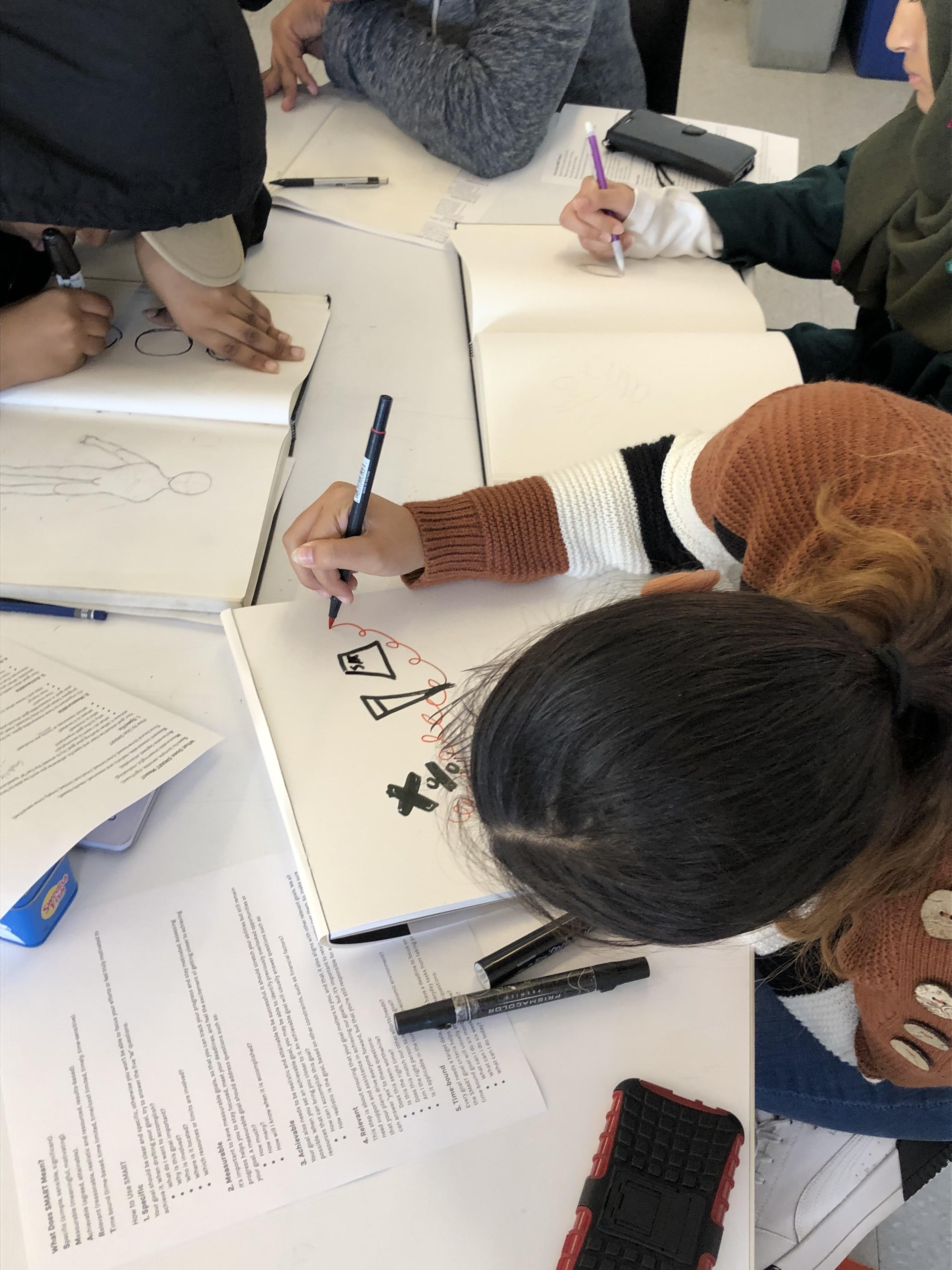 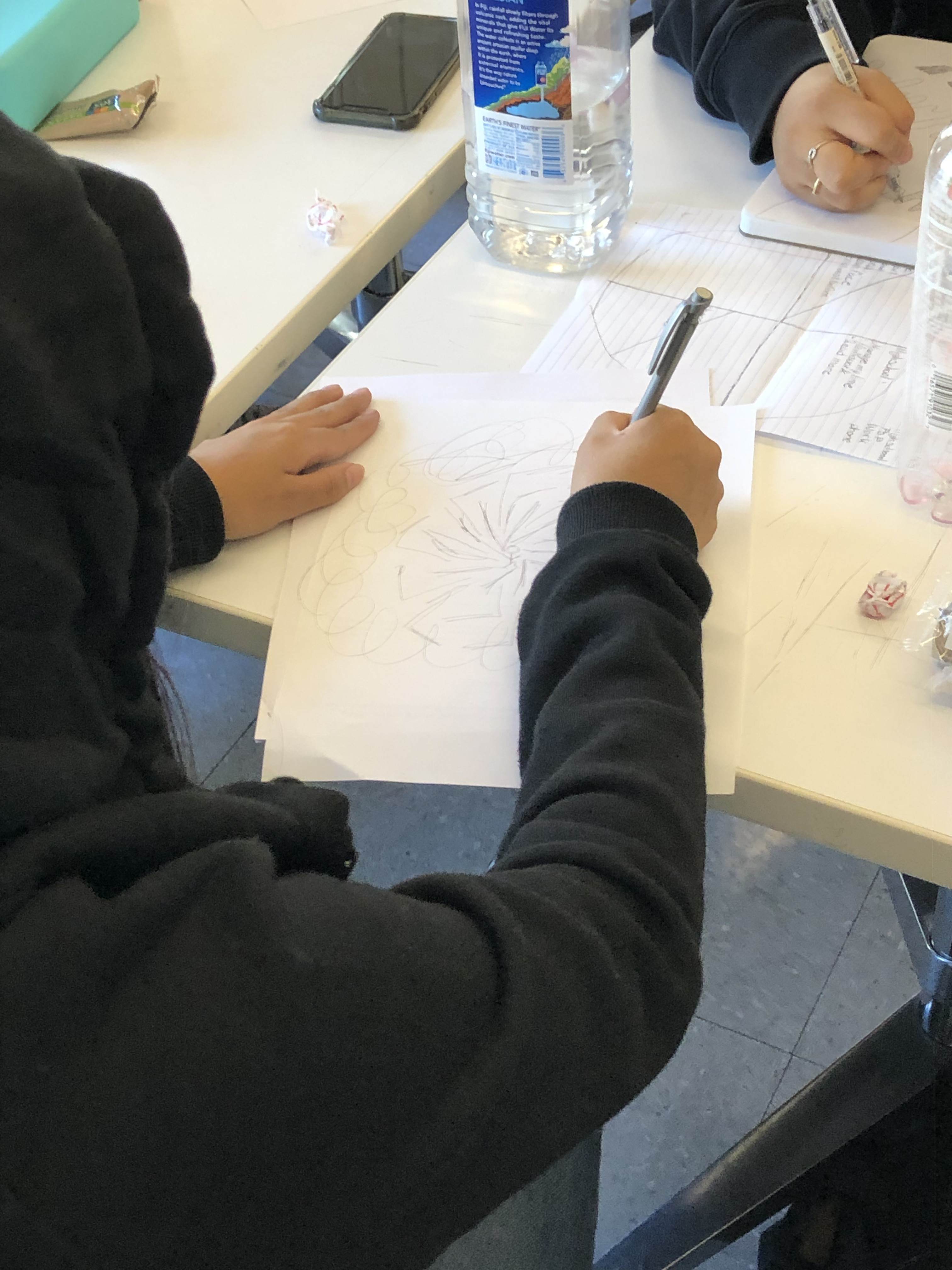 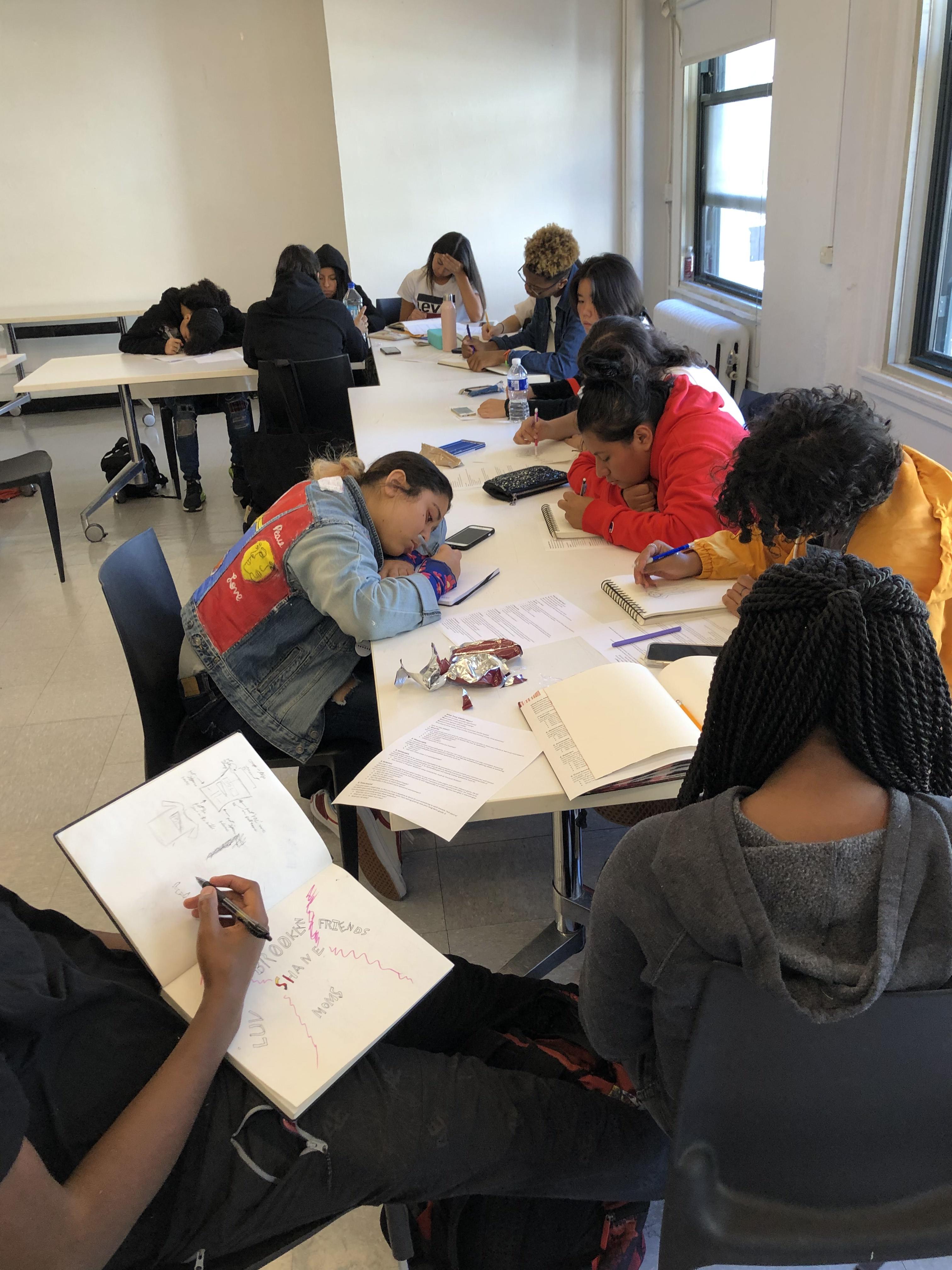 After returning from lunch on Saturday, the Scholars were asked to return to and reflect on the goals they set last Saturday during the semester prep meeting and got an introduction to the theme for the semester: Who am I? During the workshop, the group had an opportunity to share out some of their stressors and concerns for the upcoming year in order to draw what stress looks like in a 2 minute exercise. This exercise allowed the scholars to learn about S.M.A.R.T. goals and gave them a chance to revisit their pie charts from the week prior and think further about what wellness is to them. Scholars identified the five types of wellness: mental, physical, emotional, social, environmental, and spiritual and in the last 20 or 30 minutes scholars relocated and gathered in the courtyard of Eugene Lang College for one final exercise in which every scholar had only 30 seconds to list out as many things they could think of that they are good at in order to build self-confidence and self-affirmation skills.