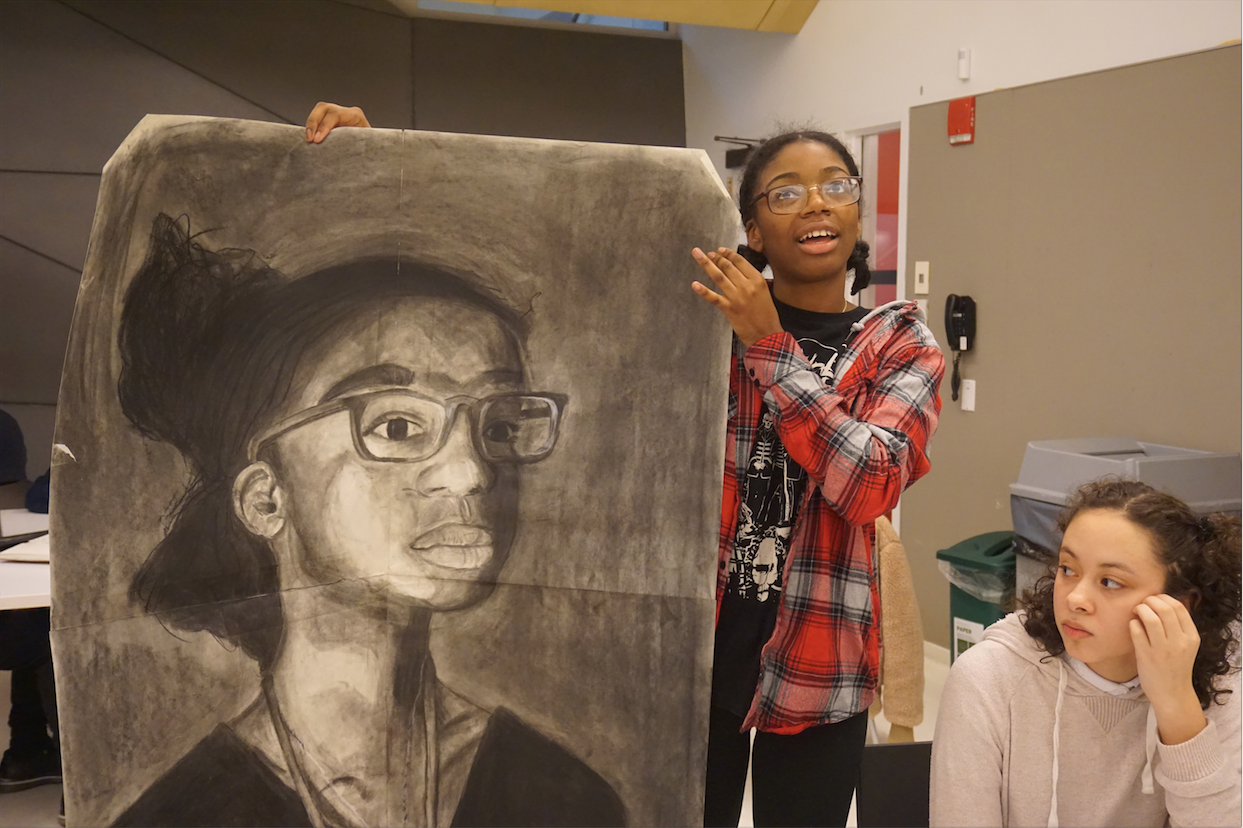 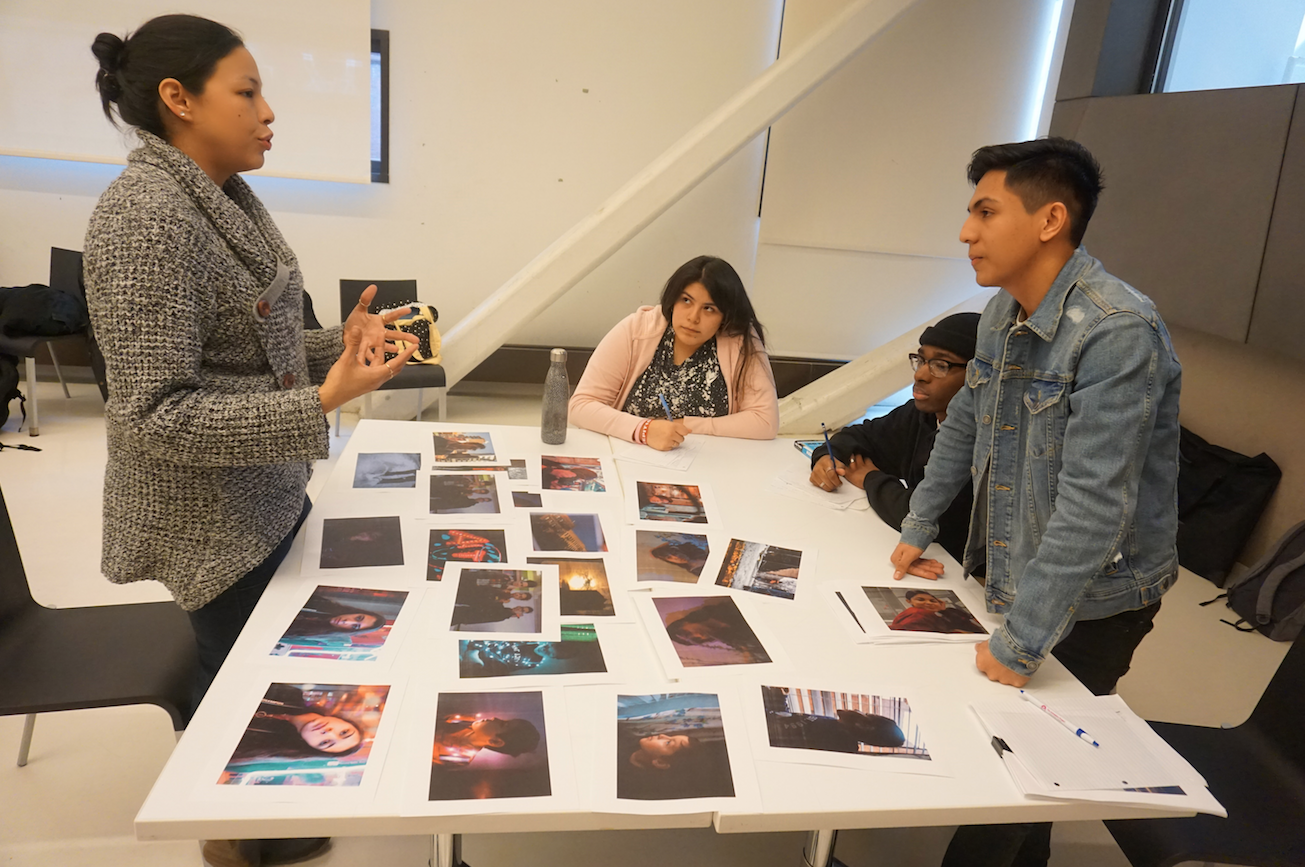 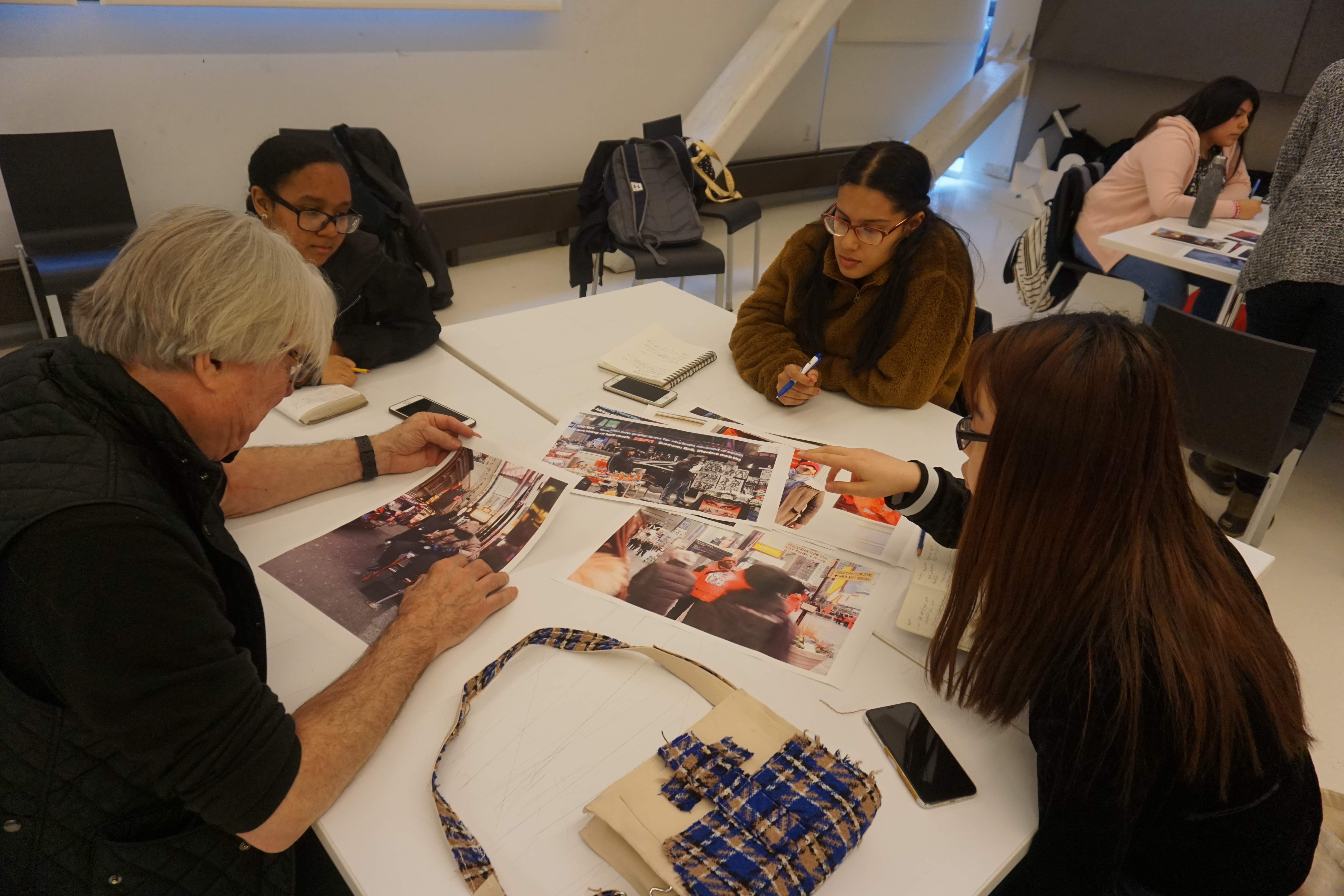 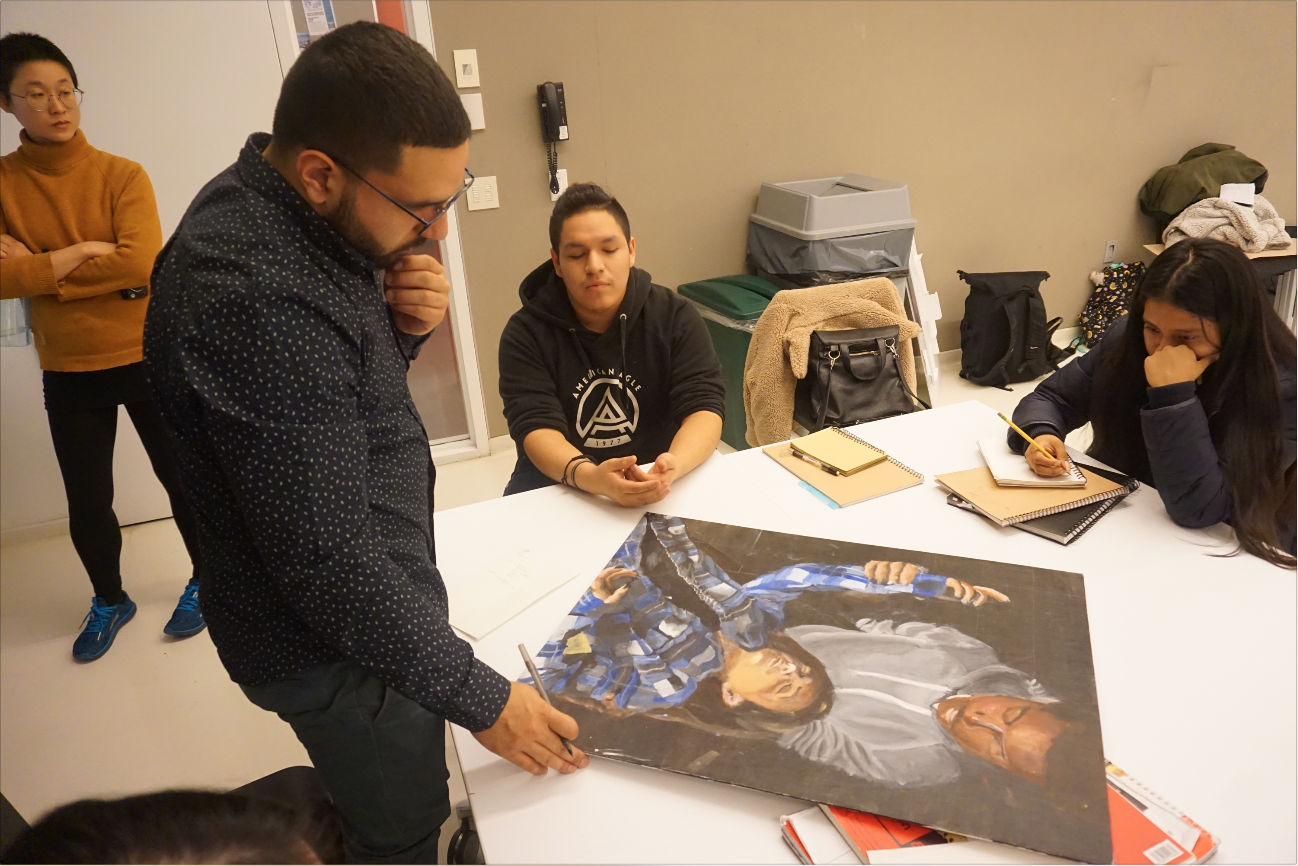 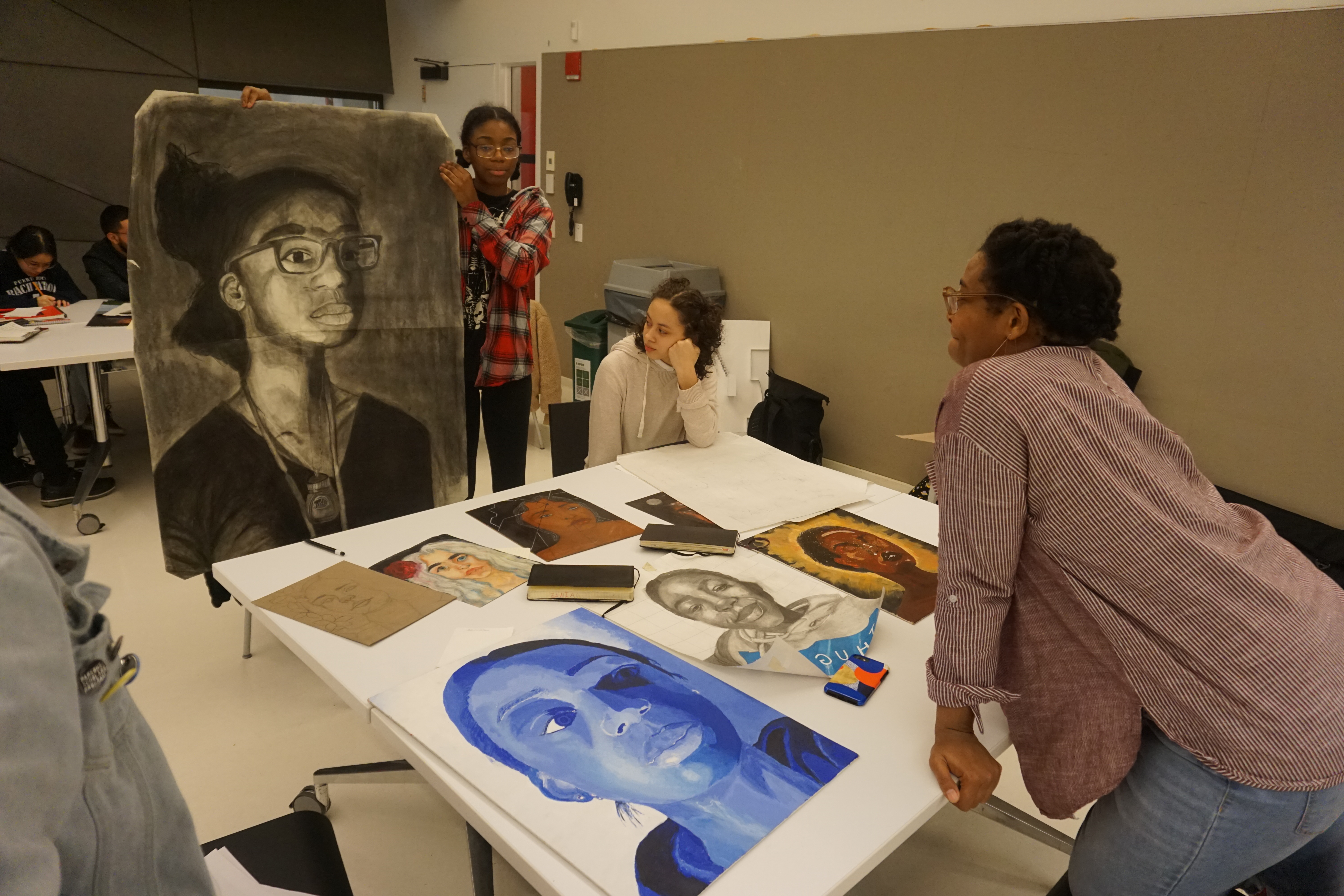 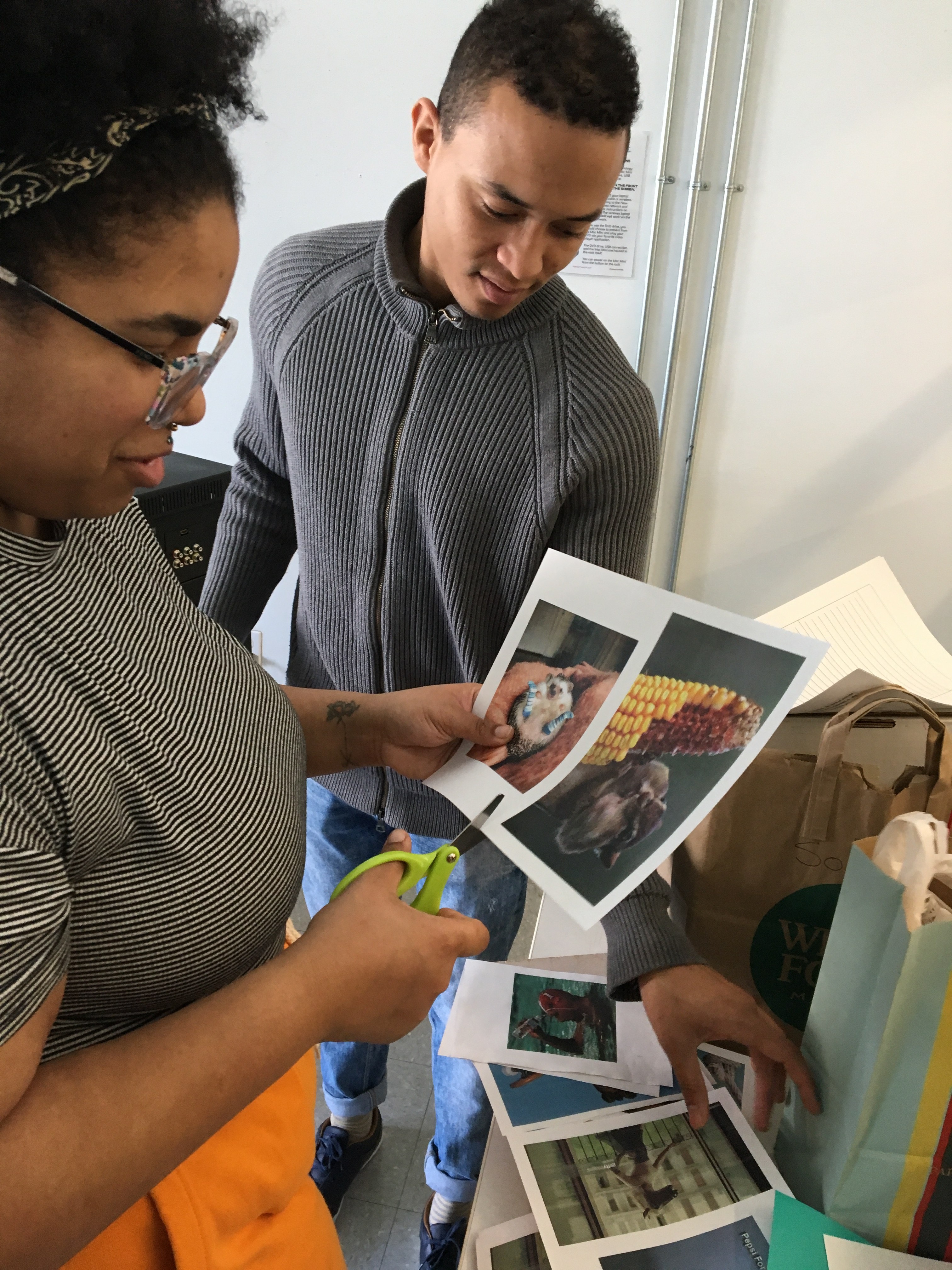 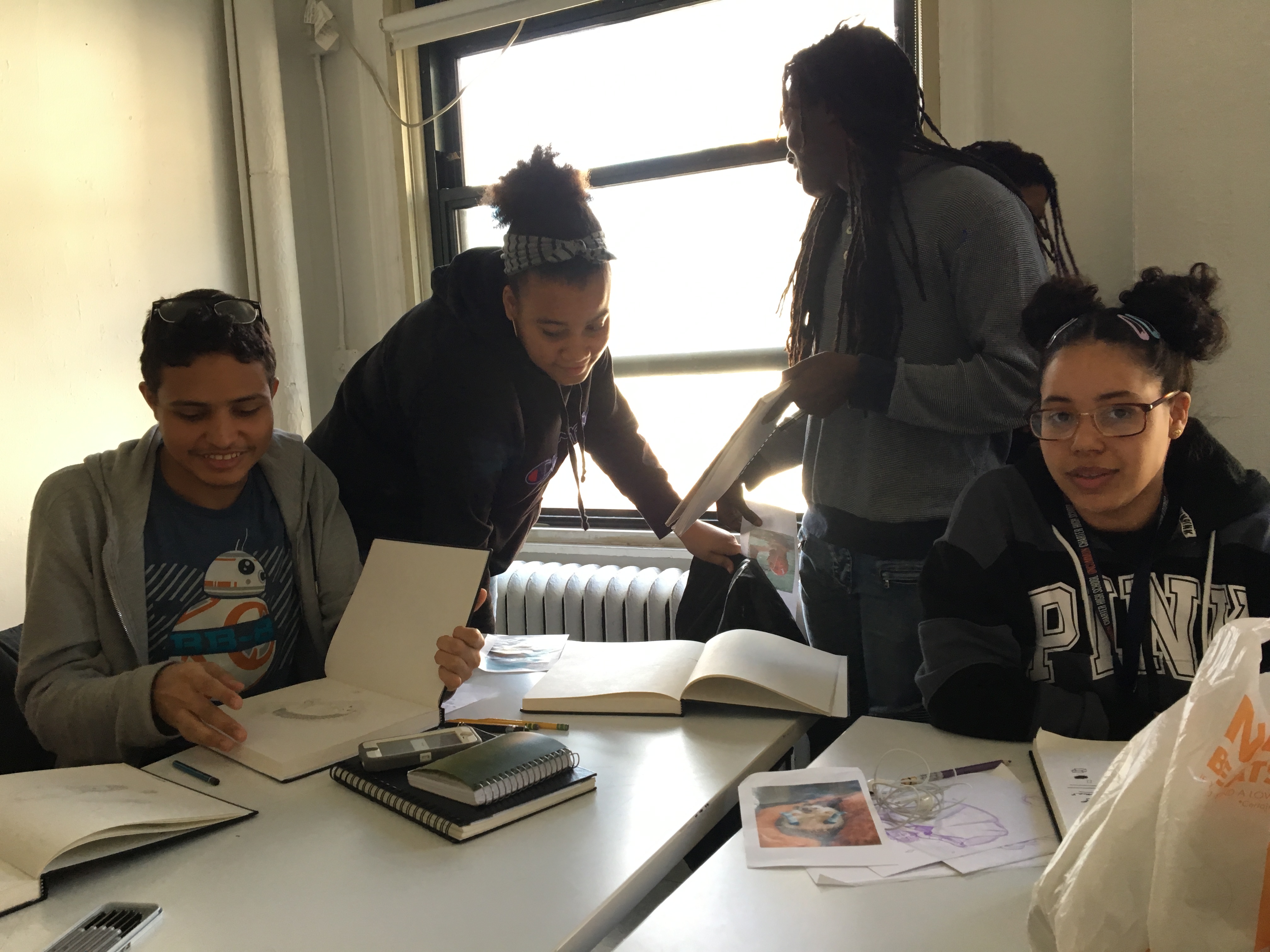 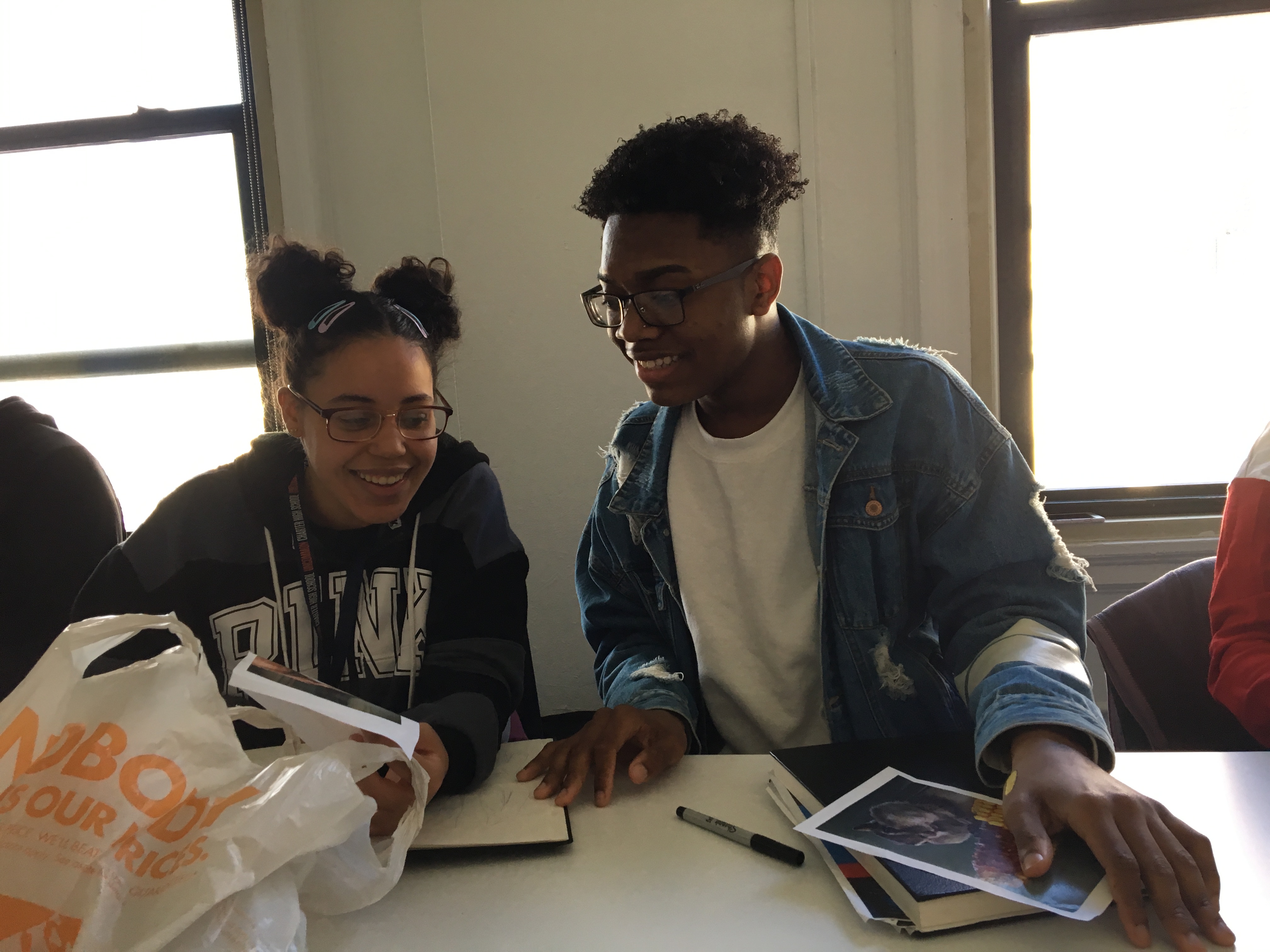 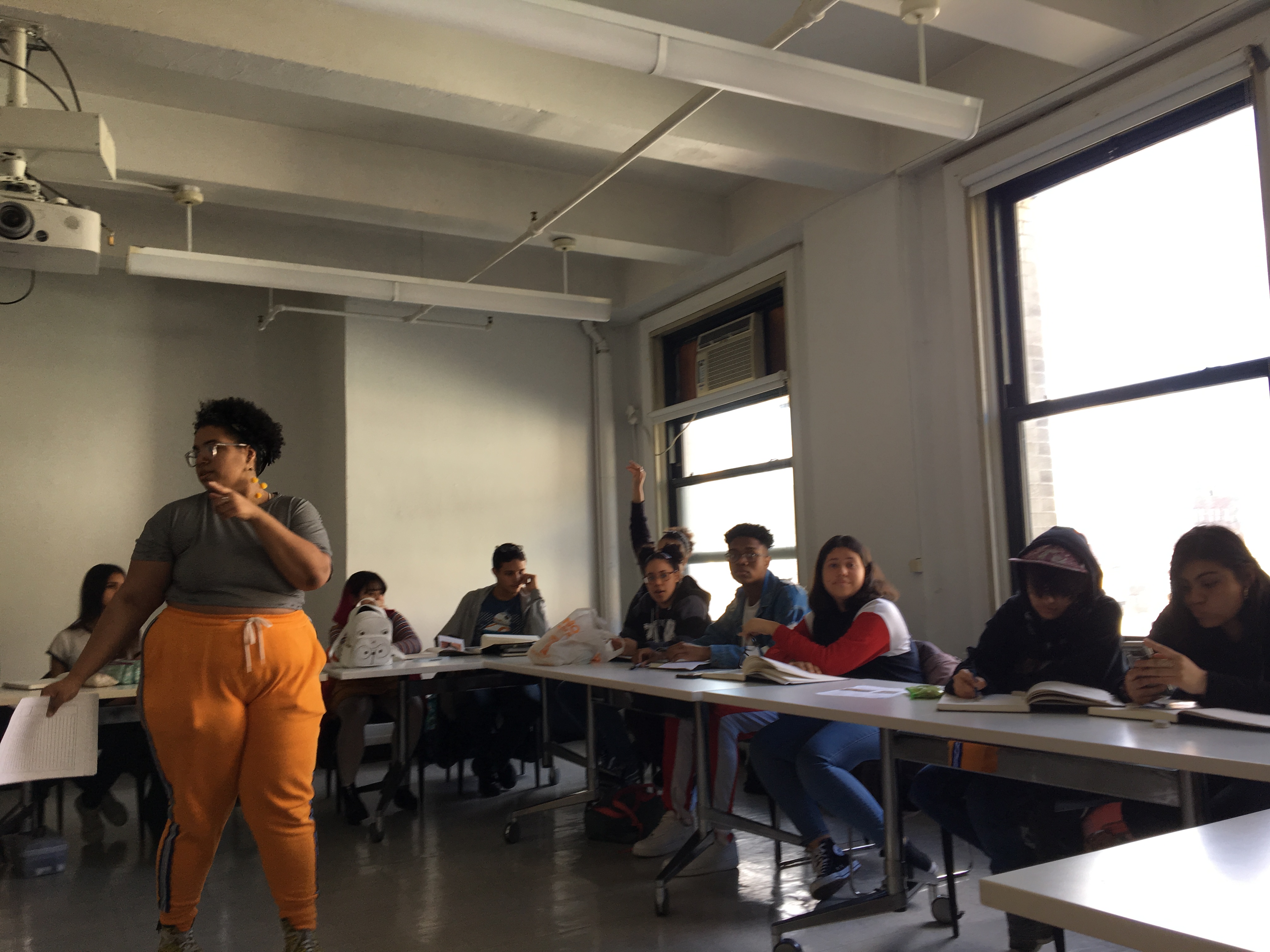 After another Saturday of SAT prep, the juniors participated in a portfolio review workshop. The reviewers consisted of artist and designers on different career paths such as multimedia designer, researcher and curator Kelly Walters; architect and rapper Nicolas Savvides; artist Dianne Hebbert; and designer Michael Donovan. Groups of three scholars rotated to each artist and took turns having their portfolio reviewed. Eager to meet artist from respective industries, scholars took notes on valuable advice that could strengthen their portfolio.

Sophomore scholars started the morning by reflecting on the Art Future event as a cohort. They began by sharing their thoughts on the exhibition created by the Junior Scholars (see previous Art Future post for images),  in response to recent findings that a Whitney Museum board member, Warren B. Kanders, owns a company called “Safariland” that sells tear gas used on civilians at the Mexican borders. They felt it was significant that the juniors were using their artistic voice to address important issues in solidarity with the many protests that have been taking place at the museum. Additionally, they were excited for the opportunity to have their portfolios reviewed by university representatives at Art Future and found the feedback on areas of improvement to be incredibly useful.

After reflecting, Youth Advocates Darielle and Nelson led a Skill Share Fair for scholars to exchange skill-sets and get to know one another. Paired into groups of two, each scholar was tasked with teaching their partner a skill solely relying on a set of verbal instructions. This gave scholars an opportunity to exercise their facilitation skills and share their expertise. Following the exercise, scholars created a “Wiki-How” for their selected skill which then functioned as a online how-to-guide for their classmates.