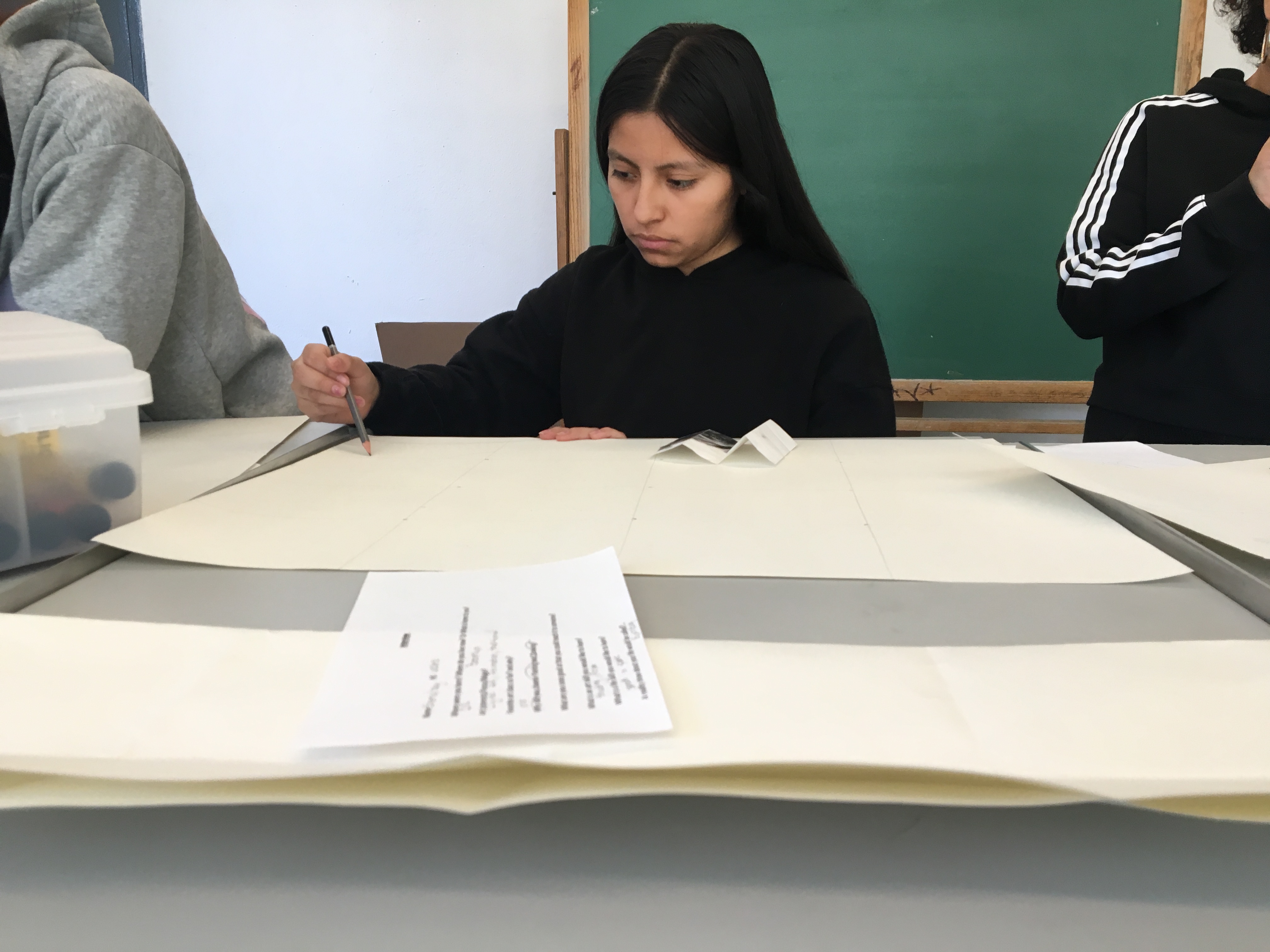 This Spring semester we welcomed the 2021 Sophomore scholar cohort. New scholars participated in orientation and settled into their Foundation Drawing class with Yashua Klos and Foundation Design class with Jessica Cannon. They received new art supply starter kits and were introduced to the seniors, juniors, and PSP staff through various ice breakers. The Junior cohorts welcomed two new Scholars to the group and began preparing for the rigorous semester ahead that will include SAT prep classes, portfolio development, and college application readiness workshops. The Junior cohort also took a trip the Whitney museum to re-visit and discuss the social responsibility and role of museums within communities. Specifically, they examined the current political and social turmoil surrounding the Whitney museum for keeping vice chairmen Warren B. Kanders of the Whitney Board of Directors who owns a manufacturer supplying tear gas at the border.

They read Hyperallergic article title “The Whitney’s Dilemma” that sited the following:

“Jasmine Weber’s article, published on Hyperallergic on November 27, reporting that tear gas cannisters and smoke grenades used against migrants at the southern border bore the logos of Safariland and Defense Technology — companies owned by Warren B. Kanders, who is vice-chairman of the Whitney board and a primary contributor to the museum’s current Andy Warhol exhibition. Weber noted also that weapons manufactured by Safariland have been vital to the militarization of police forces in Baltimore, Oakland, and Ferguson, Missouri…..On November 30, an open letter signed by more than 100 members of the Whitney’s staff demanded that Warren Kanders be removed from the museum’s board of directors…. “We read the Hyperallergic article and felt not annoyed, not intellectually upset — we felt sick to our stomachs, we shed tears, we felt unsafe.”

“On Sunday, December 9, dozens of protesters occupied the lobby of the Manhattan museum, chanting “Fire! Fire! Fire to the colonizers!” while they burned sage and unfurled banners. A few days later artist Rafael Shimunov staged his own quiet protest on the walls of the museum. Other actions in New York City subway stations and elsewhere have also taken place.”

The article sparked protests and outrage by artist, activists, movements and organizations such as Decolonize This Place. On January 26 2019 the organization called a Town Hall in response to the Whitney crisis. The group’s letter calls for action and reads “Inaction with respect to the art-washing industrial complex of contemporary art makes our field complicit with death, disaster, and destruction.”

Scholars discussed their responsibility as citizens and community leaders to hold organizations accountable and support organizations that share their values before viewing the exhibits.

Meanwhile, Seniors began semester prep meetings by sharing the progress of their college applications and the acceptance letters they have received so far. They also began creating their own business collective concepts for the senior Capstone course led by Program Director Nadia Williams and Anthony Bryant, a Senior Concept Designer at Nike. They began the course by sharing their definition of art, sharing interests, learning about branding, and creating a logo. This year seniors will be creating a brand that centers their values, purpose, and audience they want to socially impact. Seniors also began preparing for the 2019 Lookbook by submitting a portfolio and formulating a team plan for senior sweatshirts!