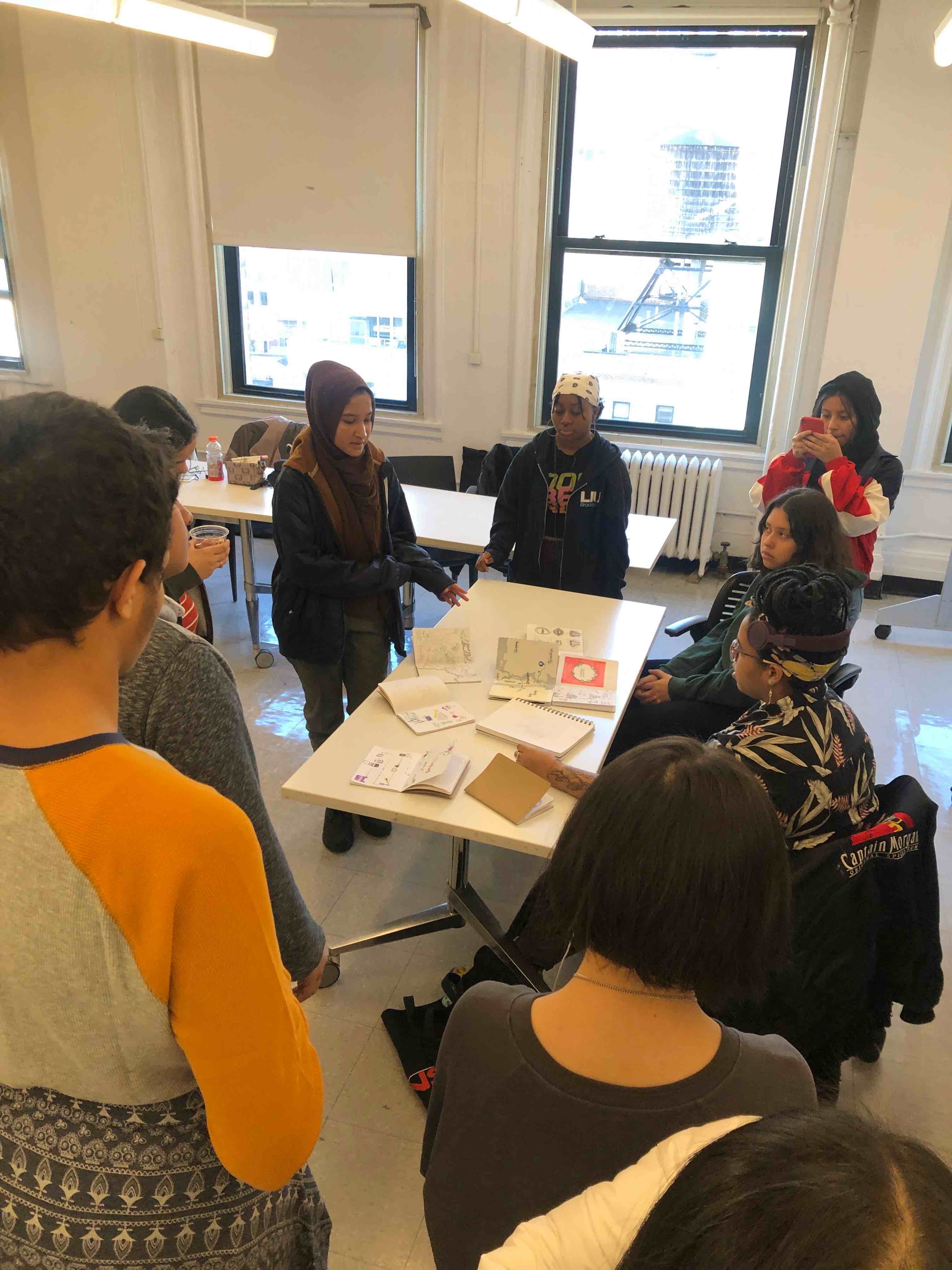 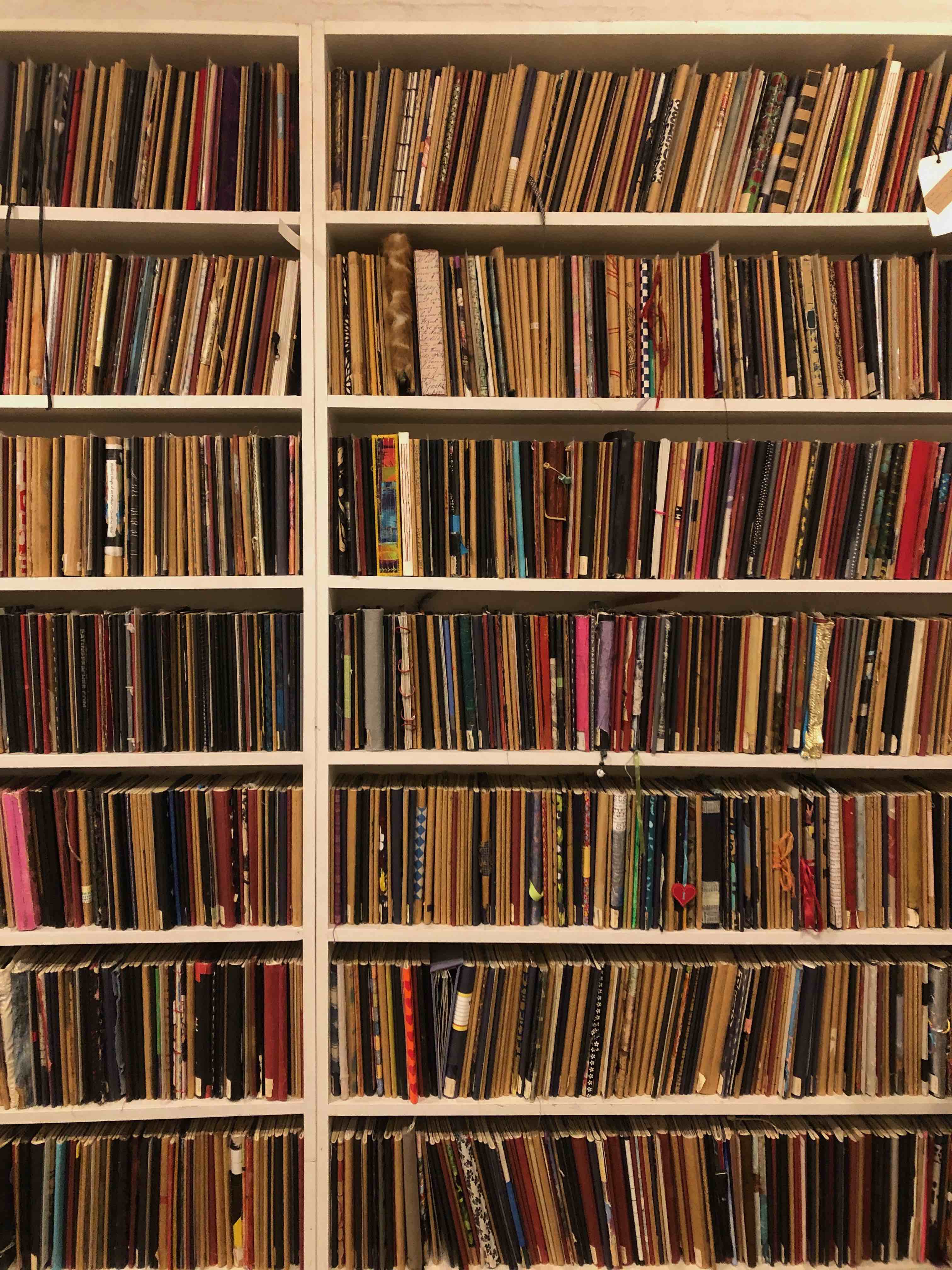 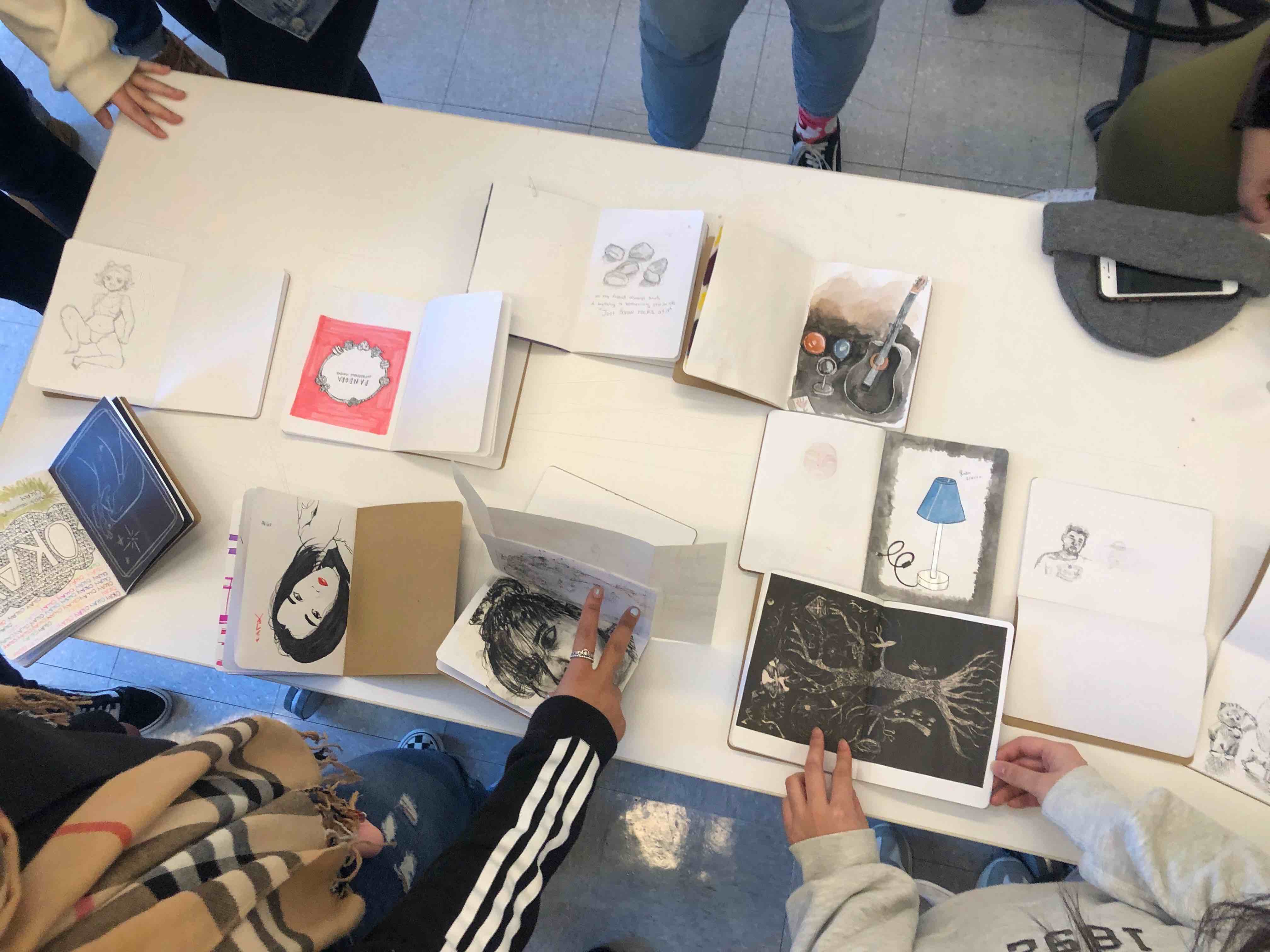 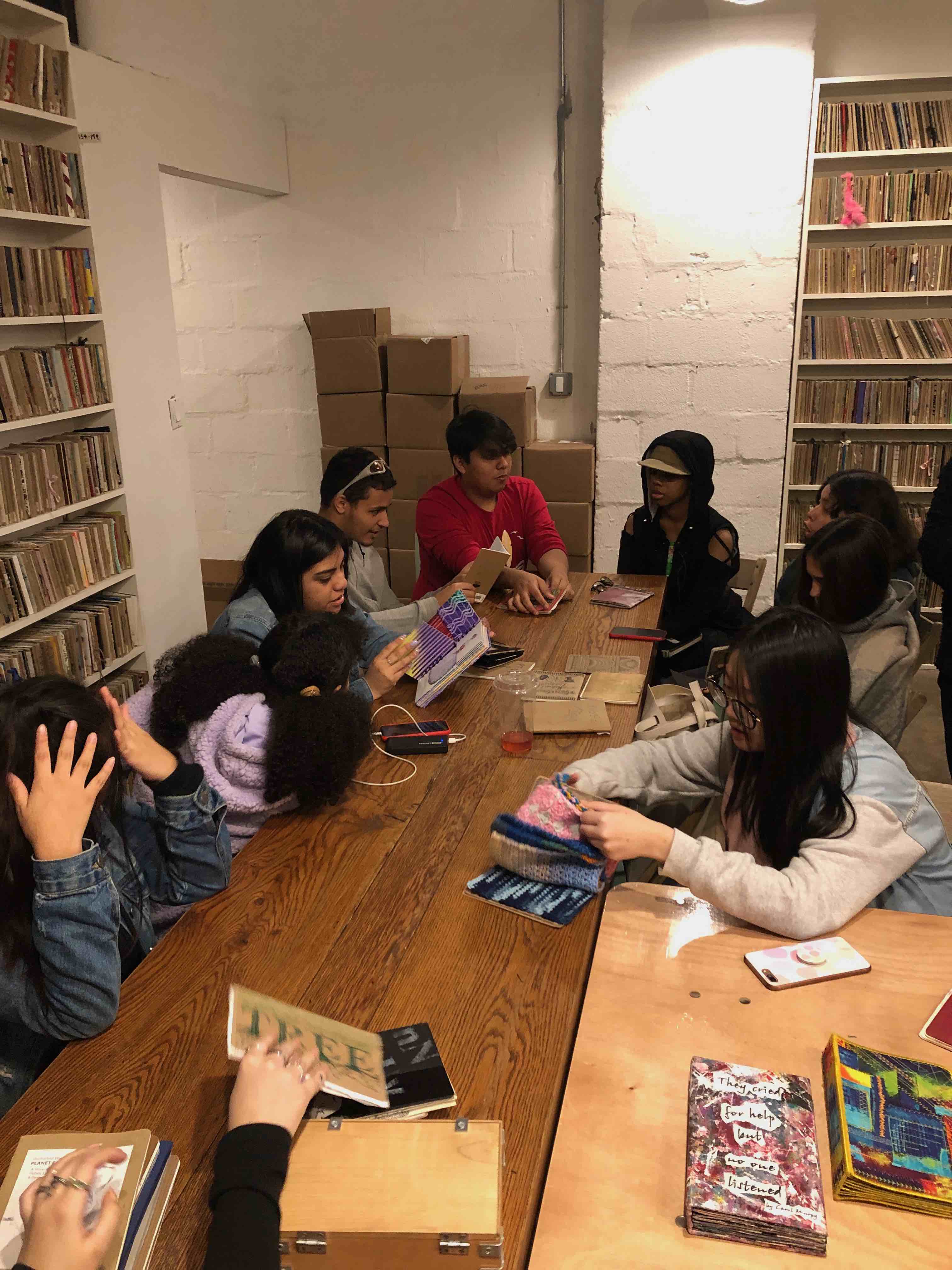 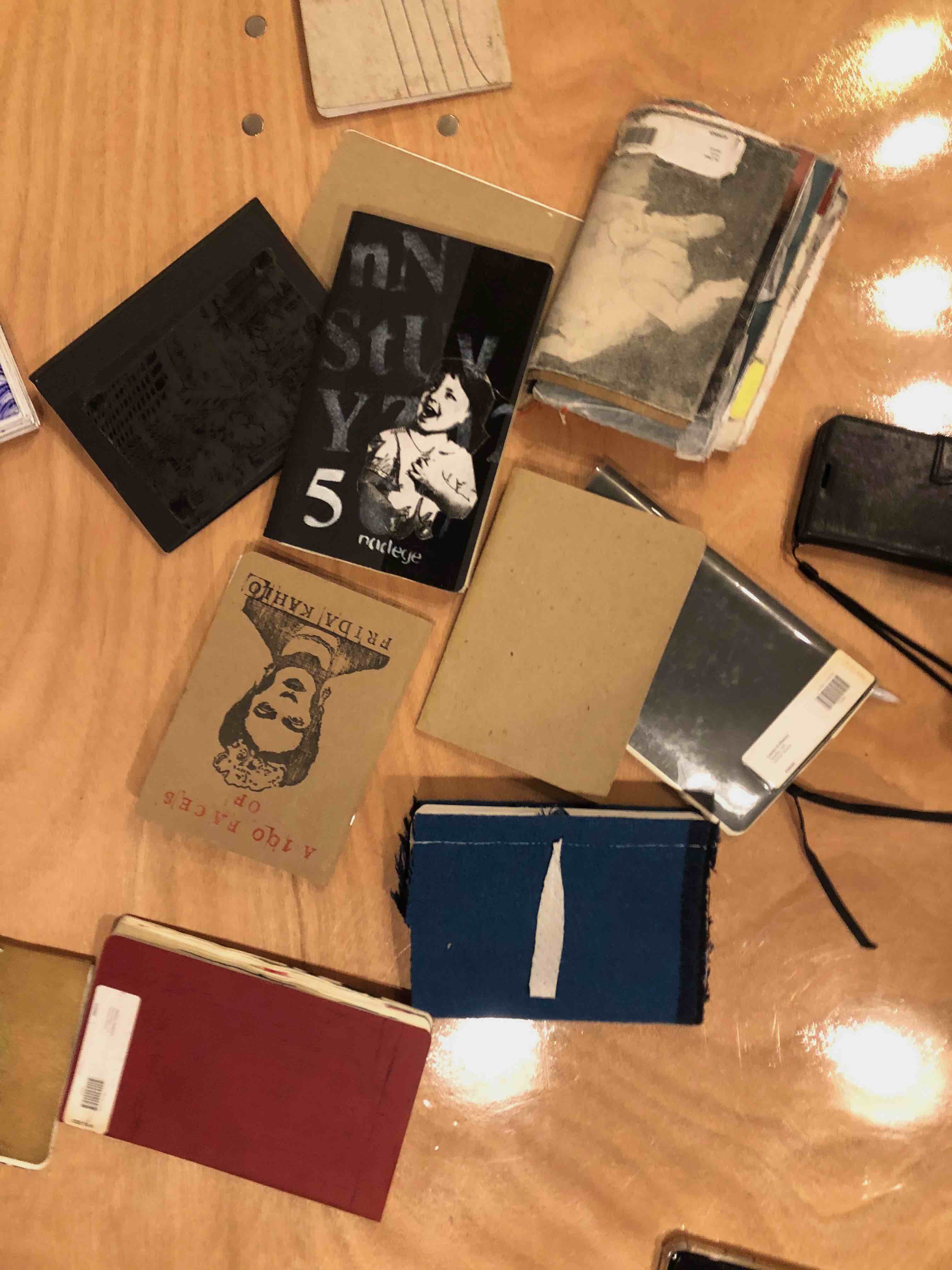 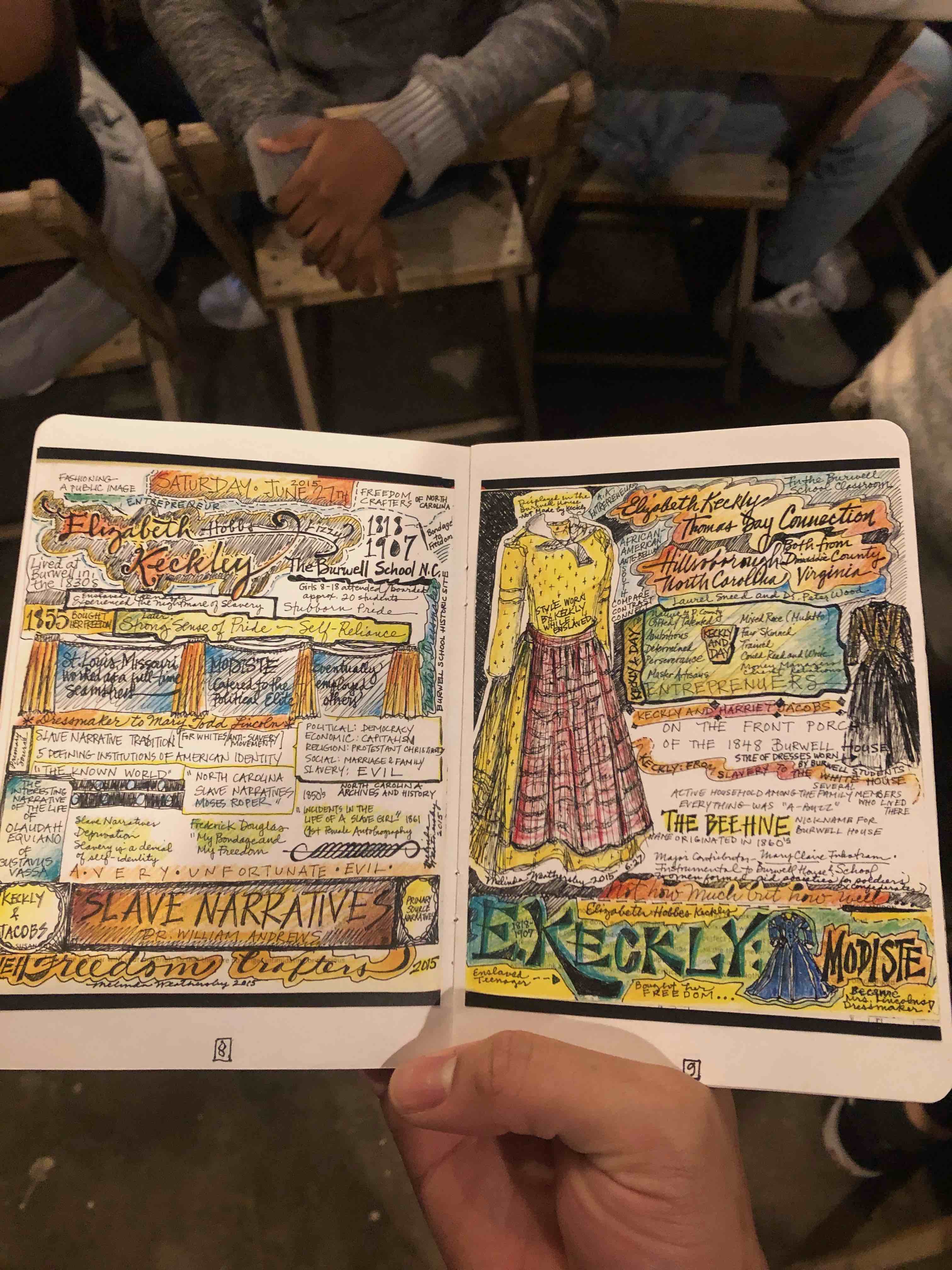 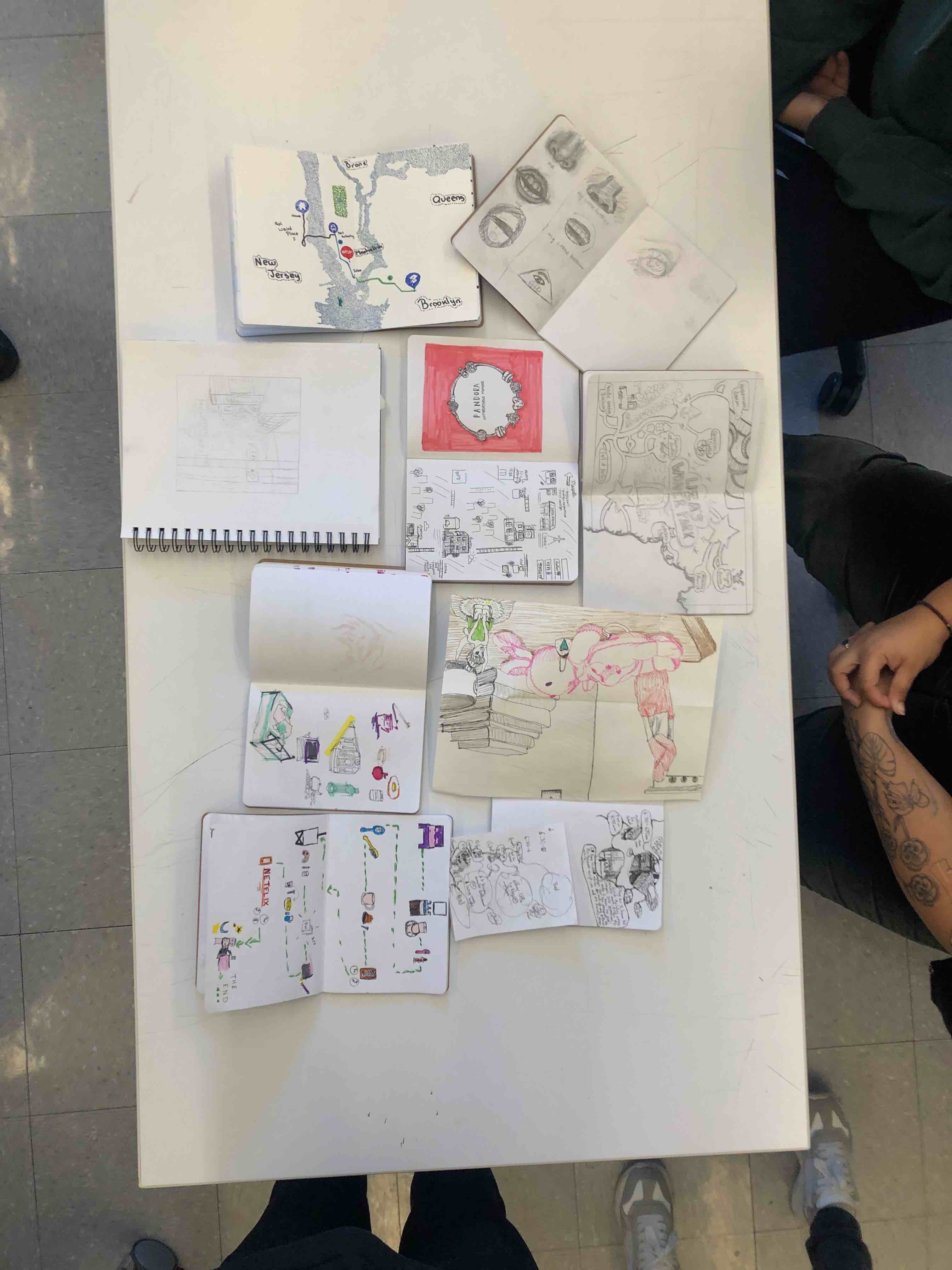 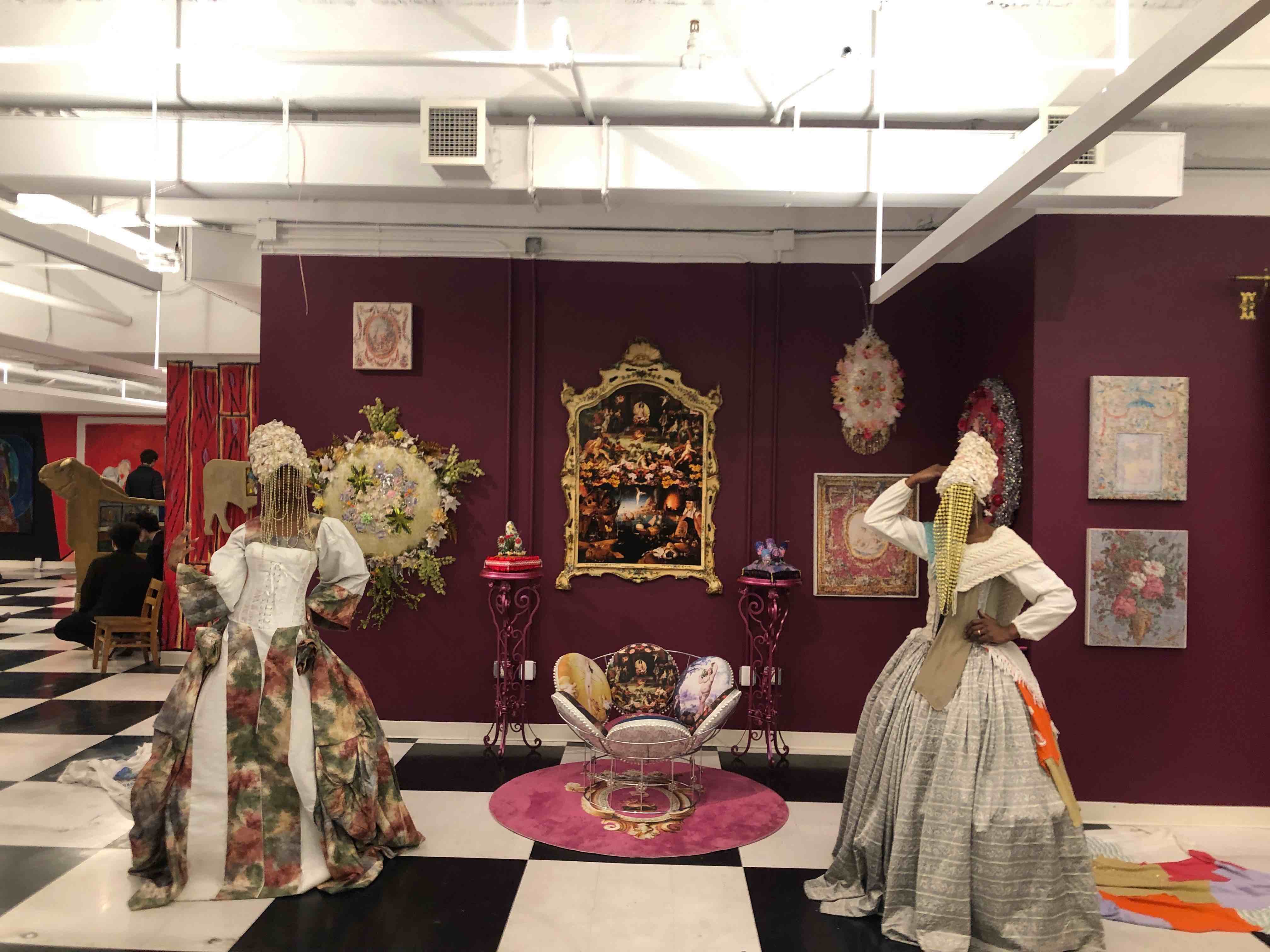 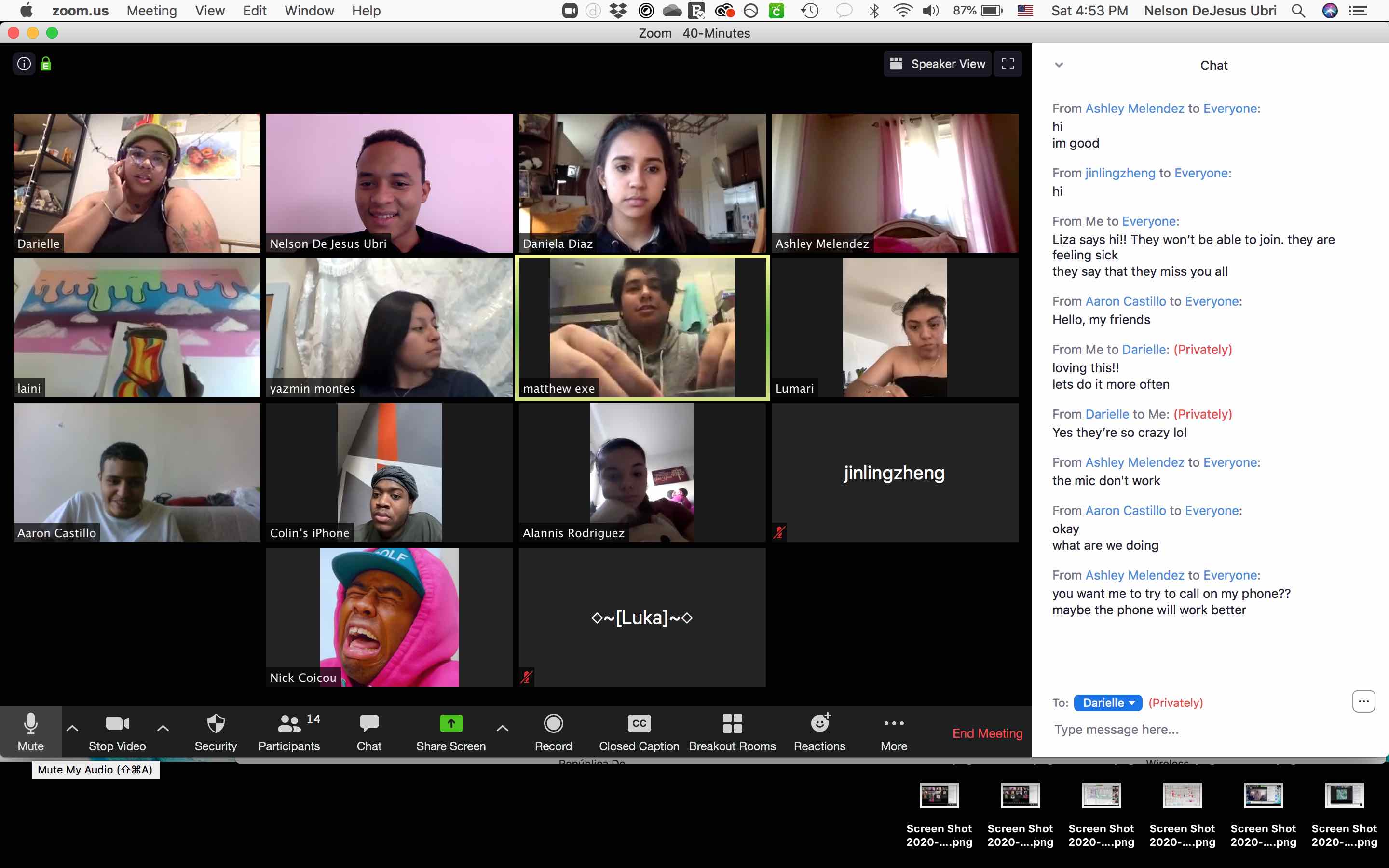 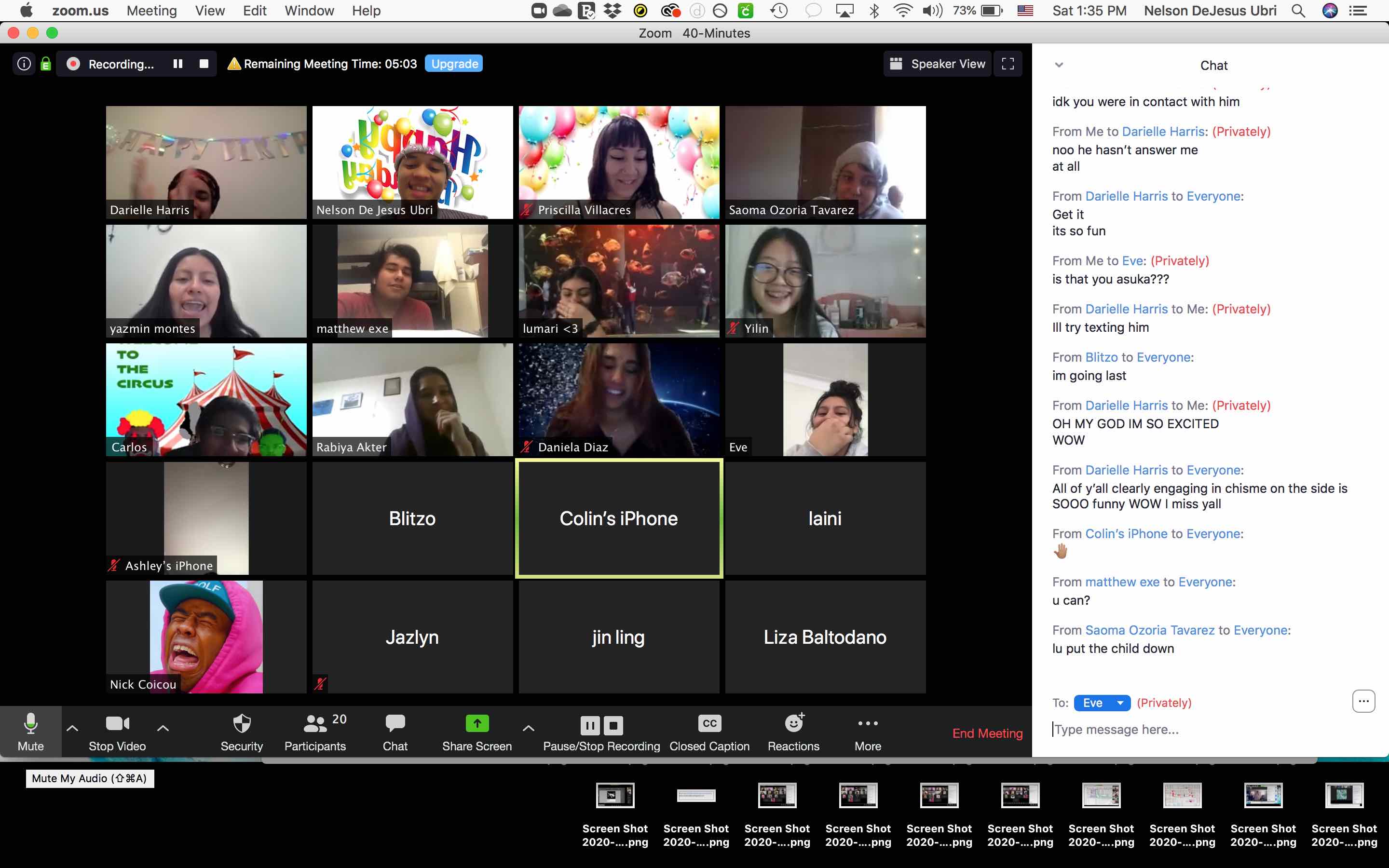 Junior Scholars began their second semester of 11th grade with the Parsons Scholars Program setting their intentions and expectations for the semester. Using the Brooklyn Art Library’s Sketchbook Project as a starting point, Scholars were asked to approach this semester’s projects with an explorative lens and with the question “who am I” in mind.

During the fieldtrip to the Brooklyn Art Library, scholars were exposed to a collection of sketchbooks that explored different techniques and social justice themes such as Environmental Justice, Climate Change, Gender Expression/Identity, Police Brutality and Racial Profiling. In response, scholars used their own sketchbooks to develop a series of self-portraits, still-lifes, posters and maps that conceptualized their artistic identity using different mediums or techniques. For example, scholars built still-life’s that embodied someone special in their life using items that symbolized their relationship. Through group discussions and critique Scholars made connections between their work and how they self-identify as artists. Bringing their learning to the real world, they created posters for imagined unifying workshops or events that brought together identity groups within their communities. In addition to these projects, scholars visited the art fair: Spring Break Art show during Armory week, took SAT Prep courses each Saturday and began college planning with College Access Coordinator Juliet Gomez.

As the Covid-19 pandemic began, Scholars transitioned to online learning through pre-college and SAT classes. Meeting with Youth Advocates Nelson De Jesus Ubri and Darielle Harris on zoom, they began researching artist profiles online to learn how they make or define their practice. This exploration led them to explore the history of found objects and dig deeper into their own creative process through the PSP 100-day sketchbook challenge. Taking the SAT prep class online and researching college courses, students took advantage of online tools as they began preparing for senior year!