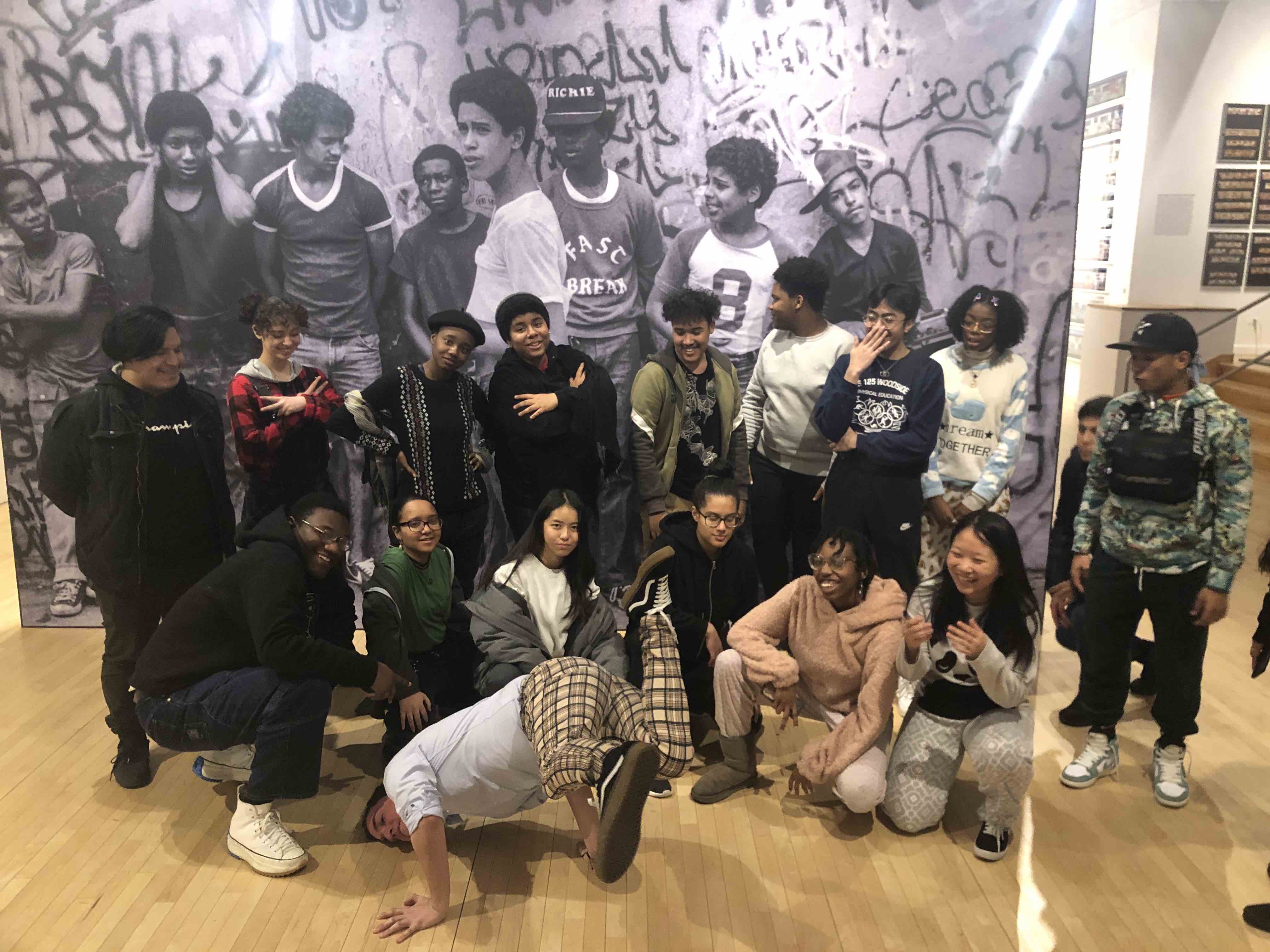 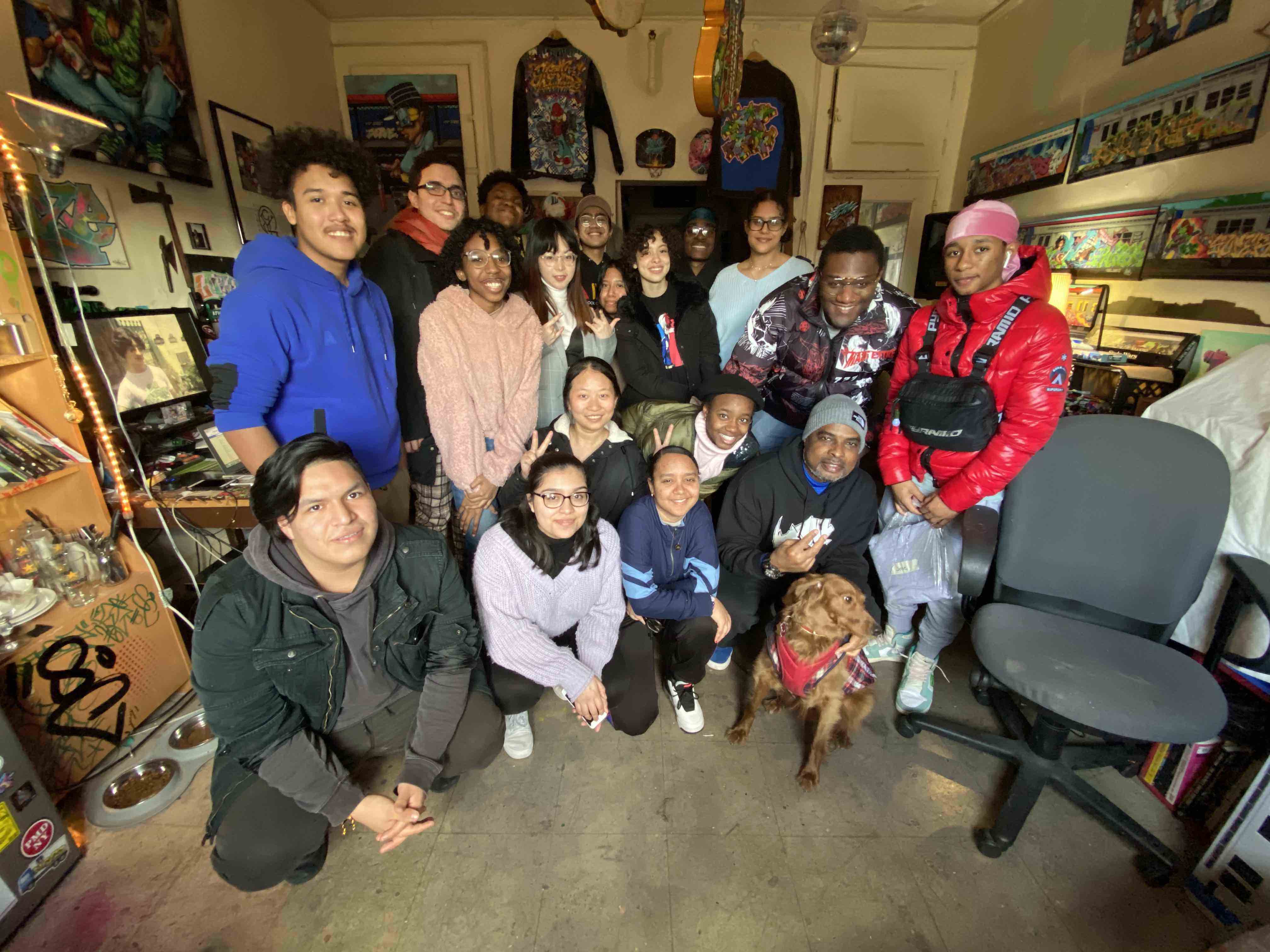 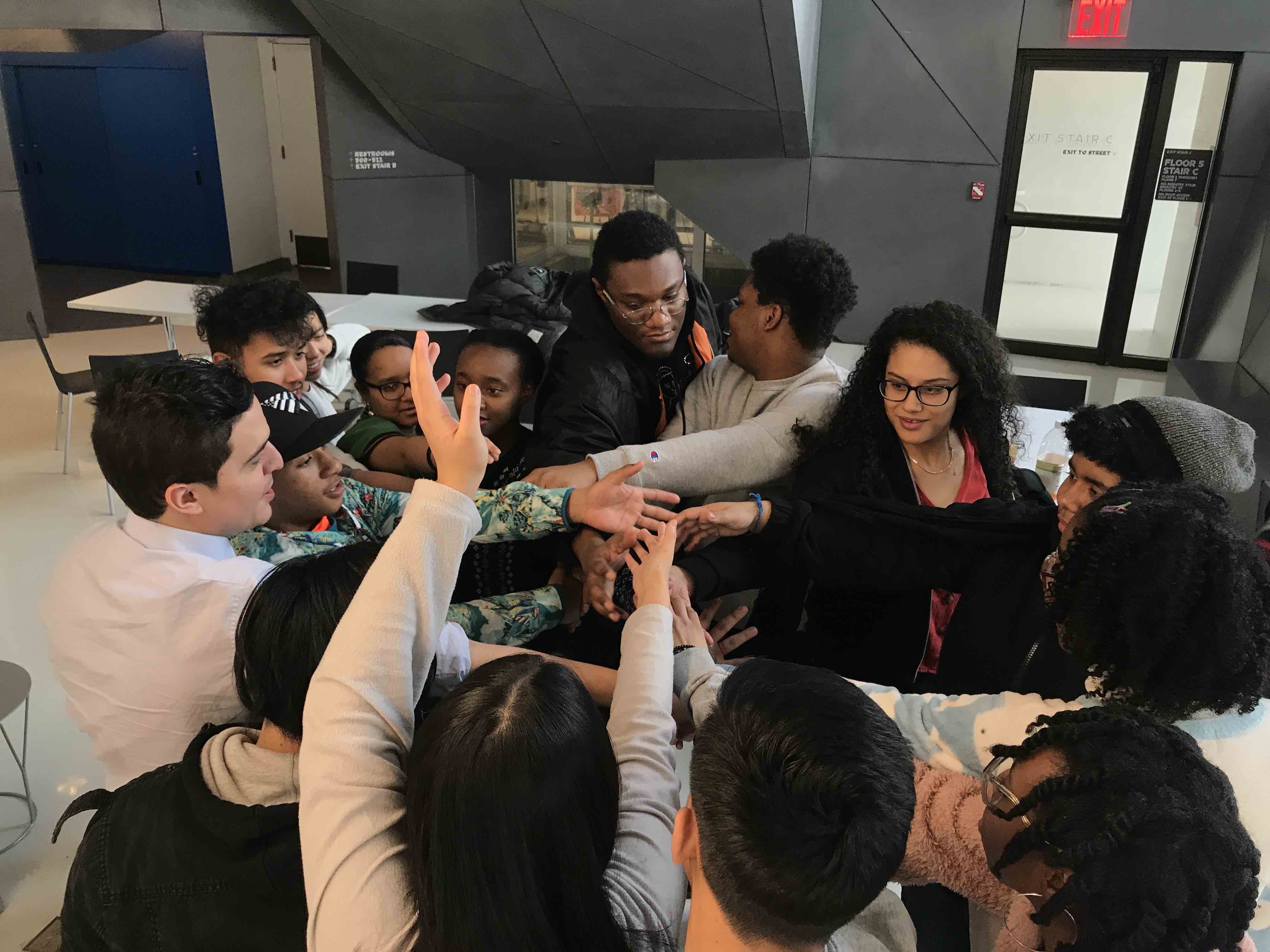 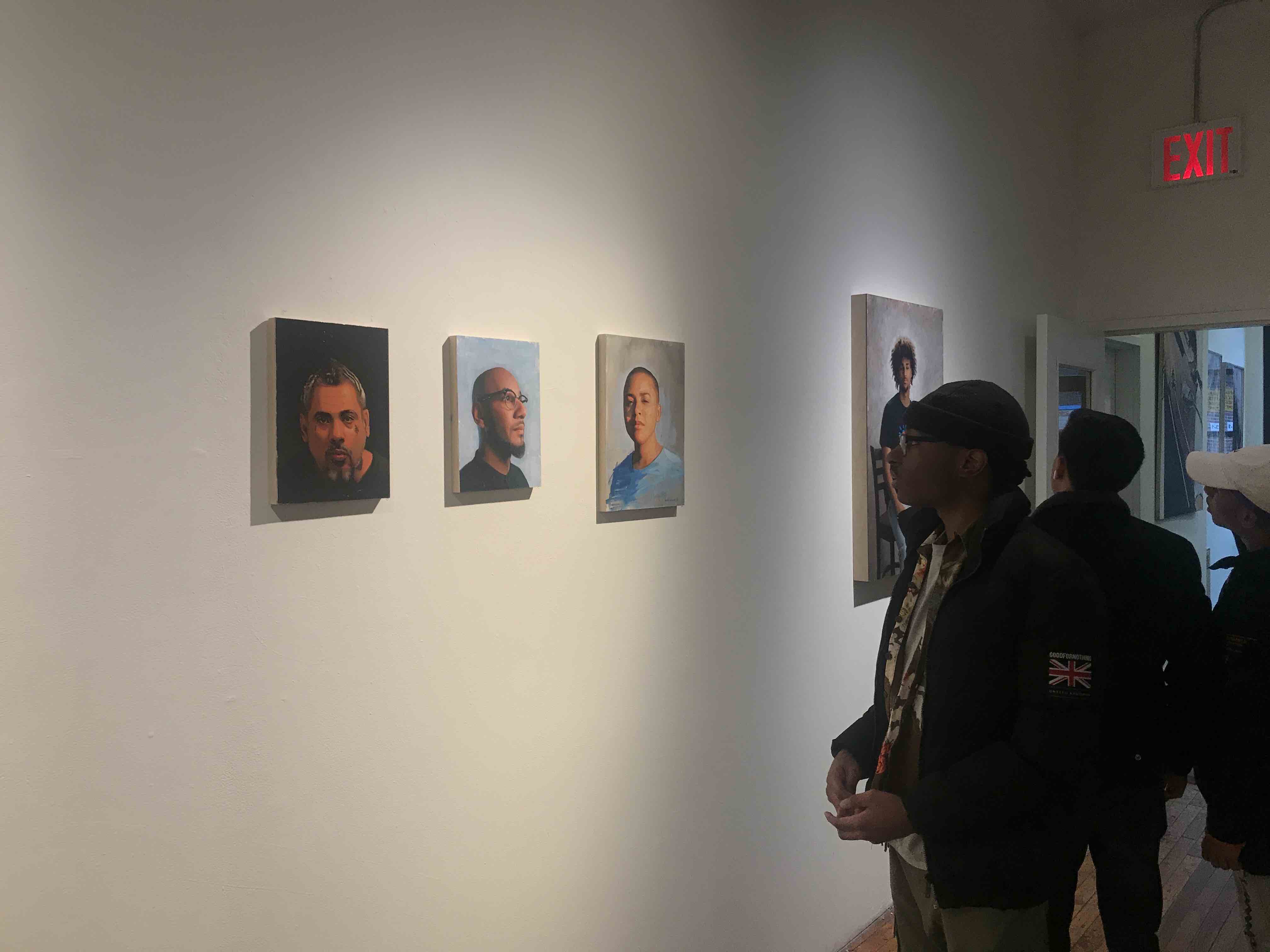 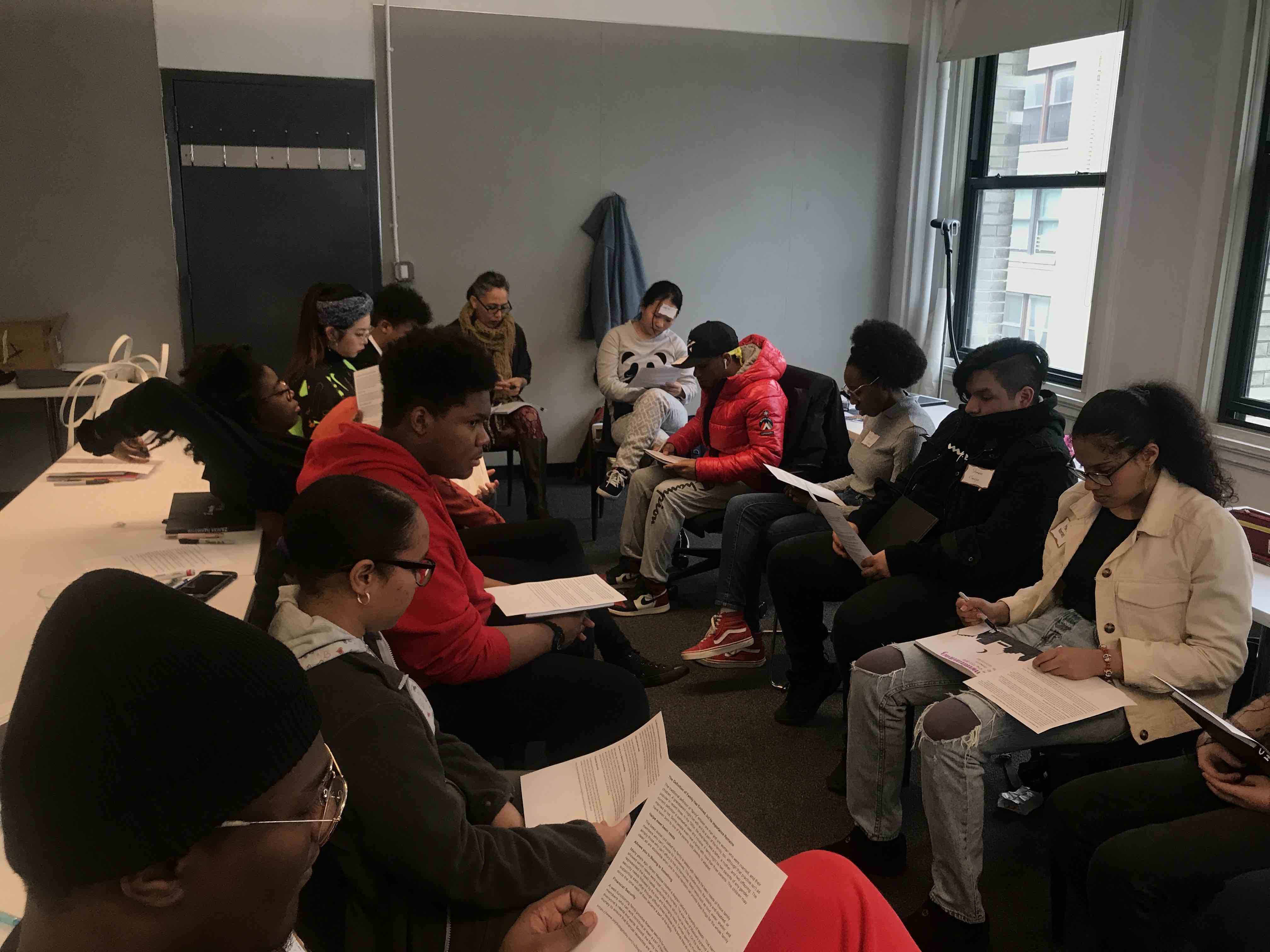 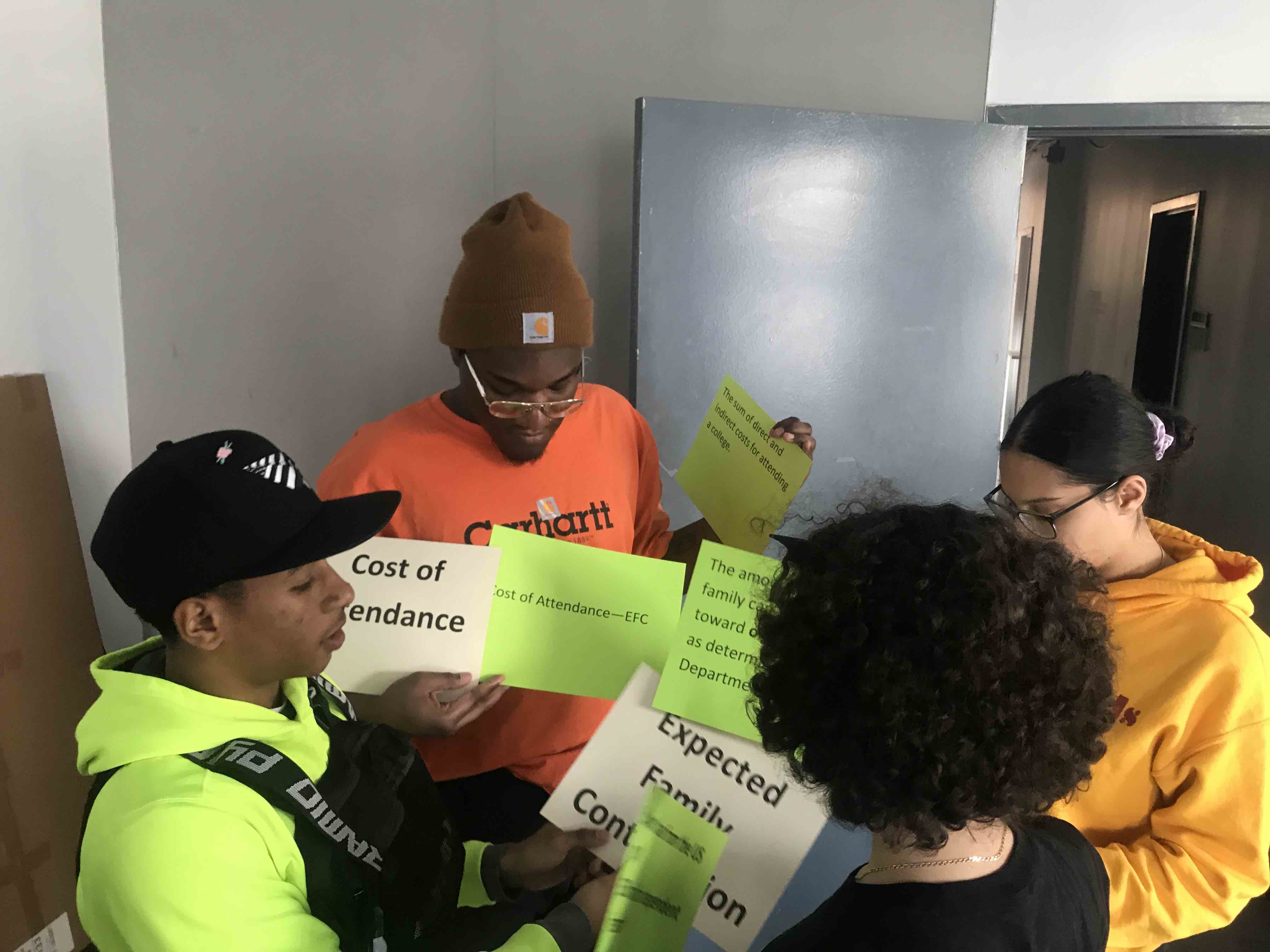 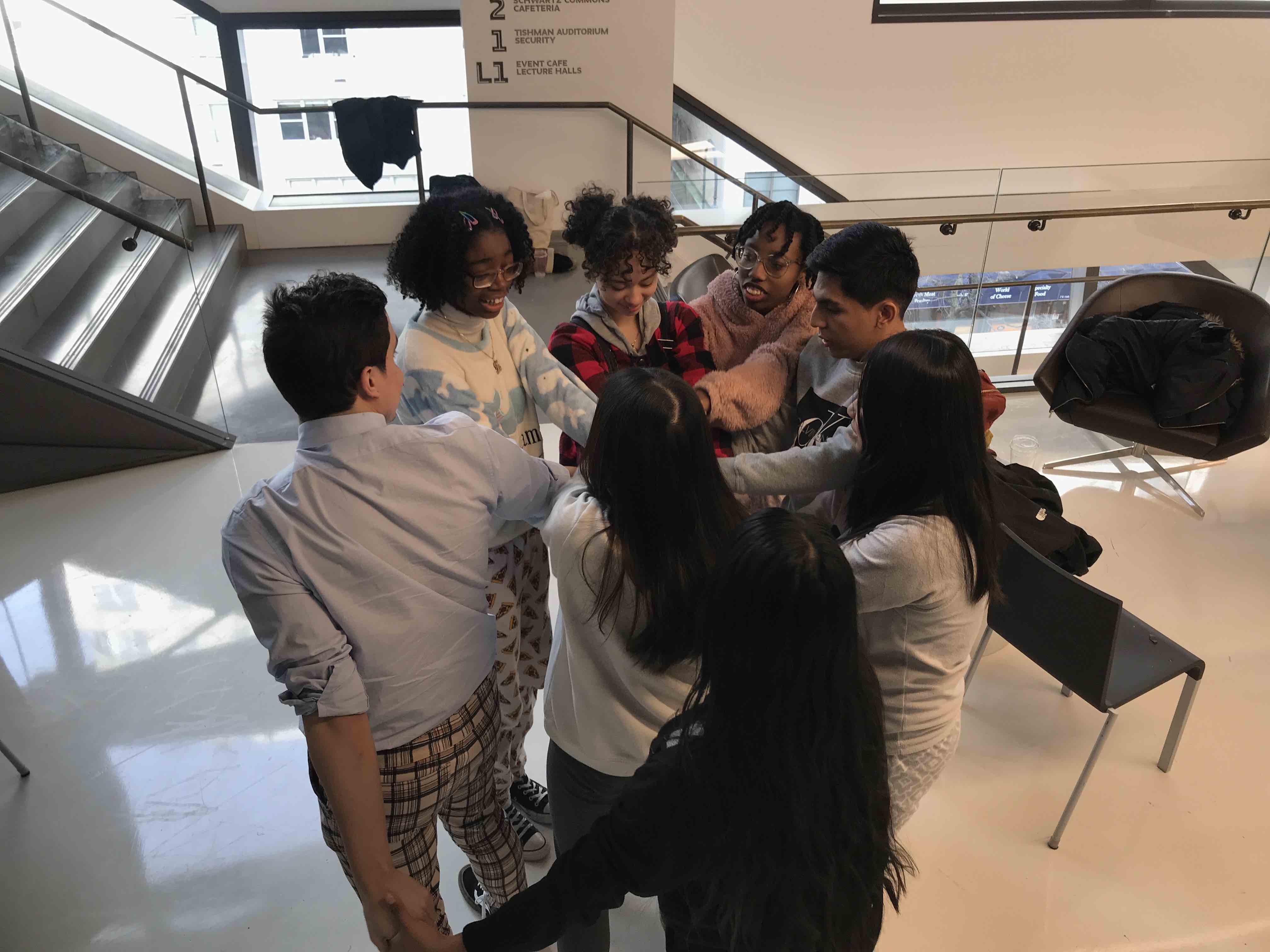 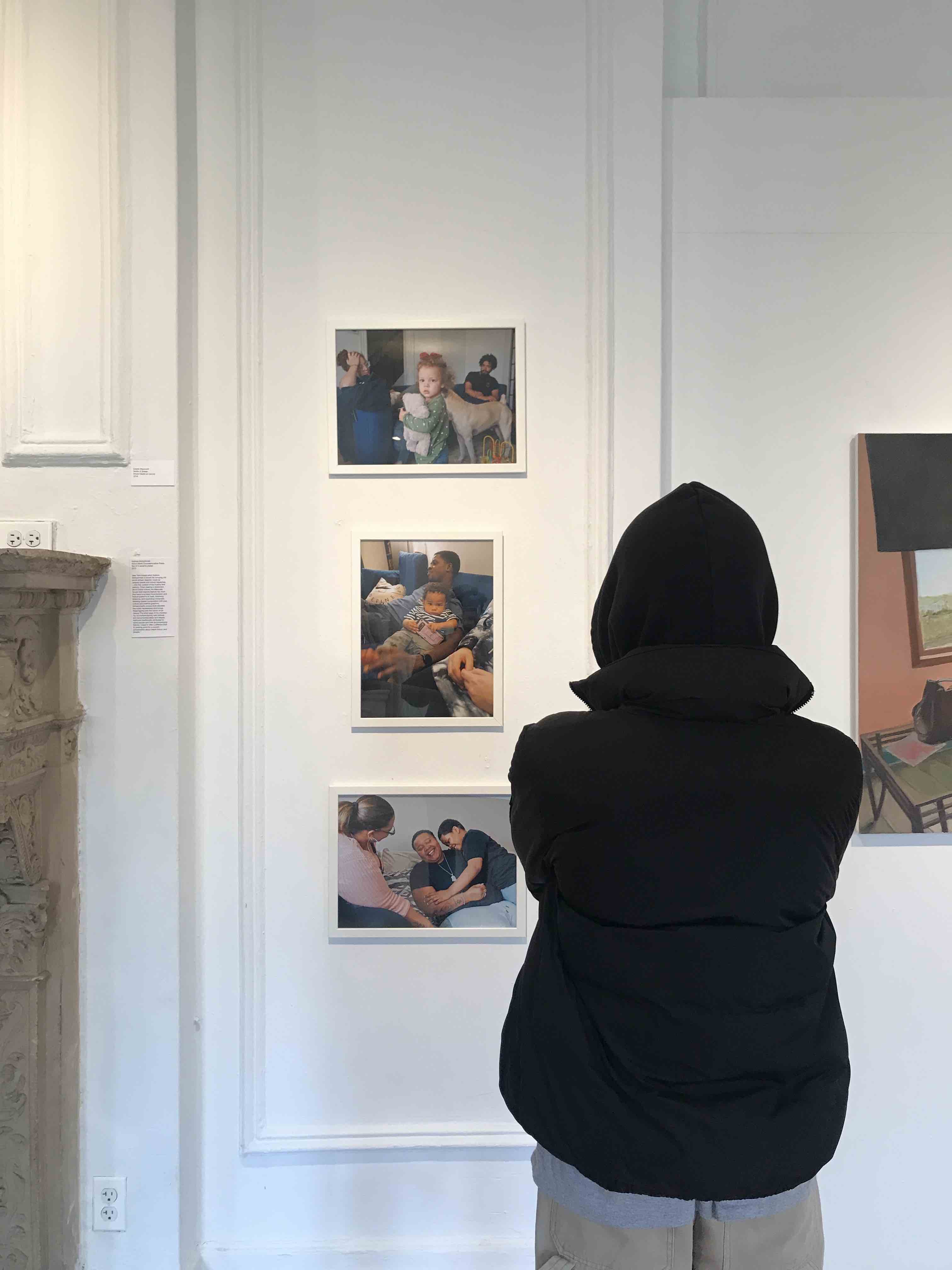 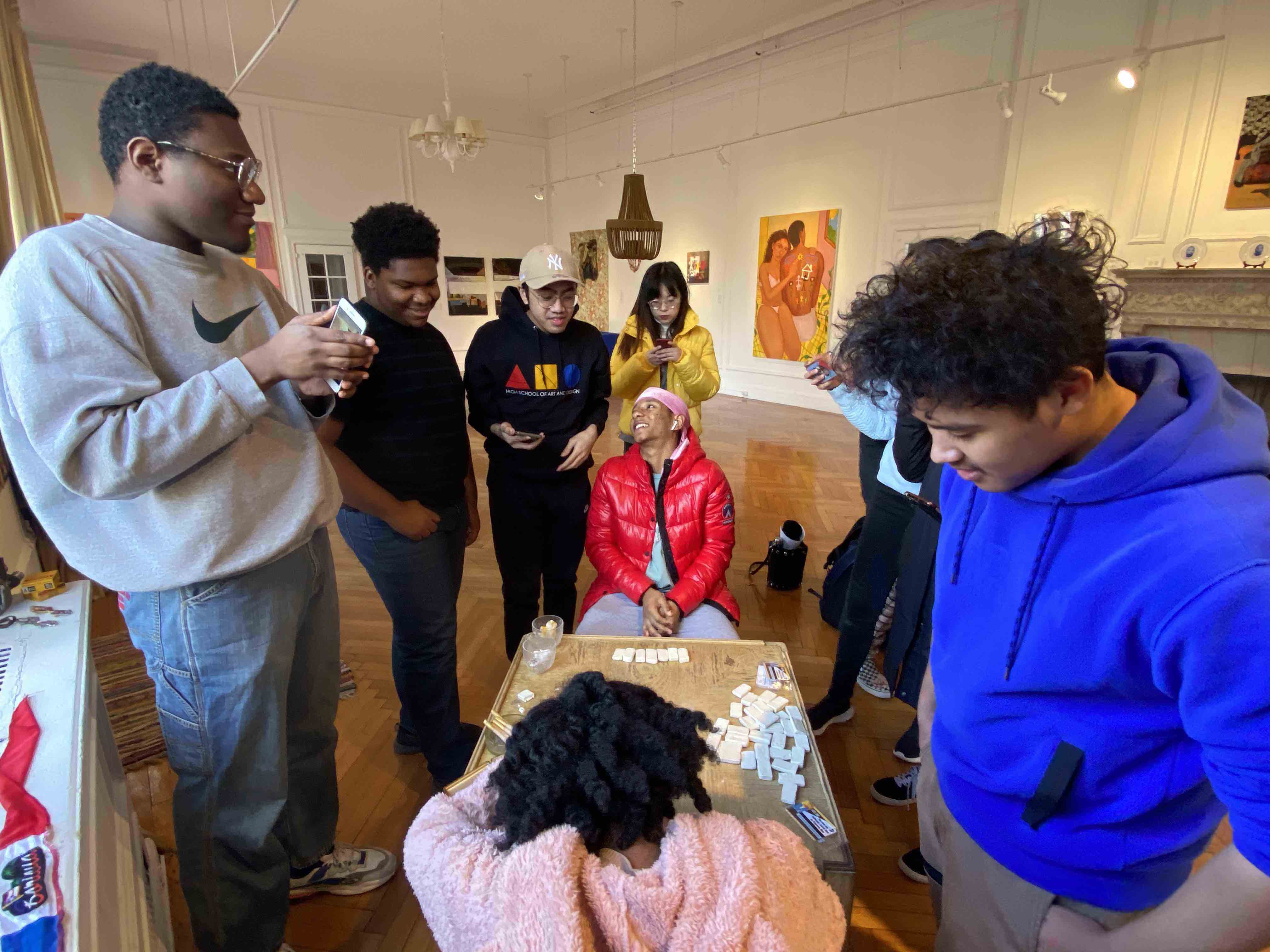 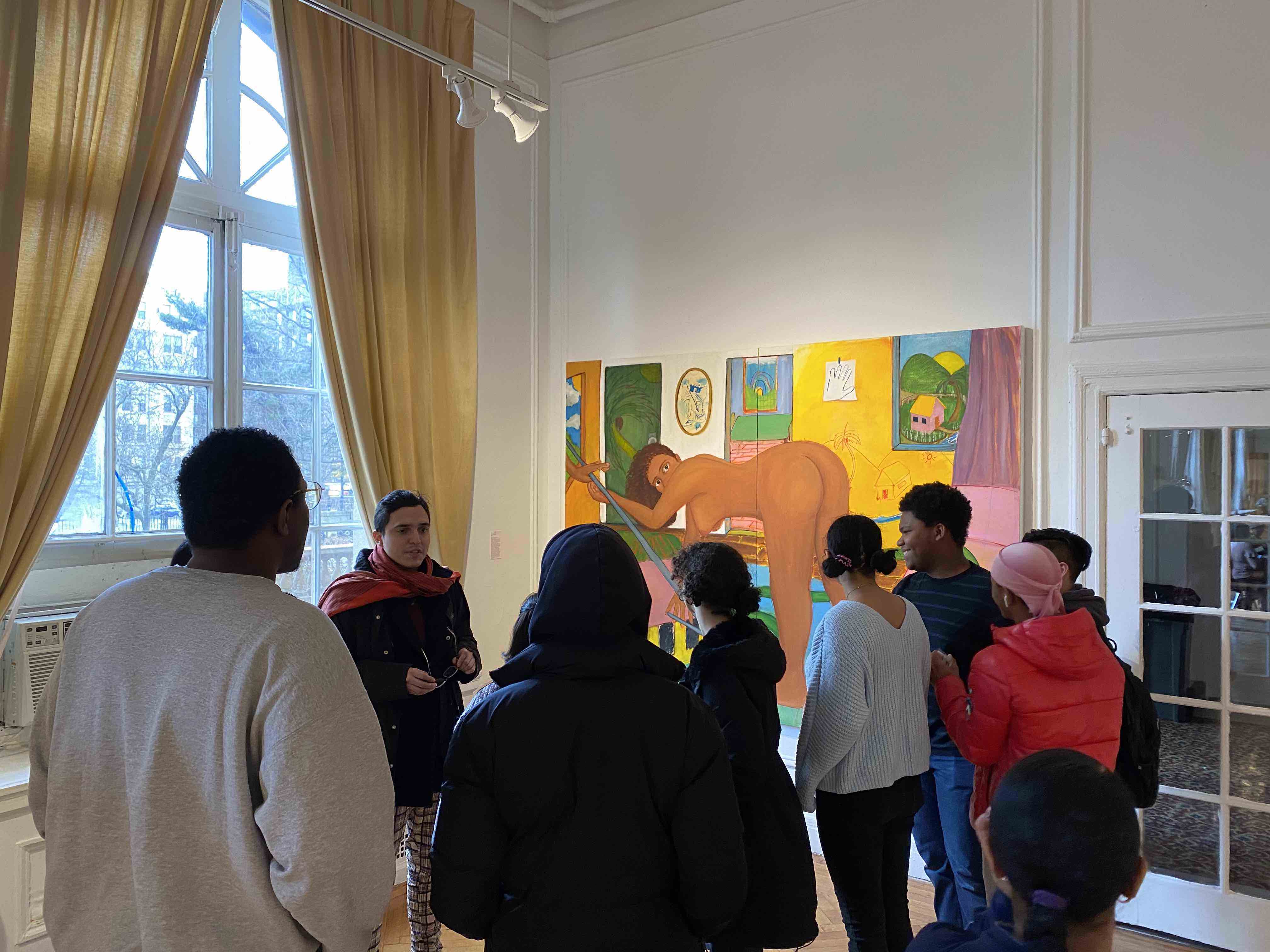 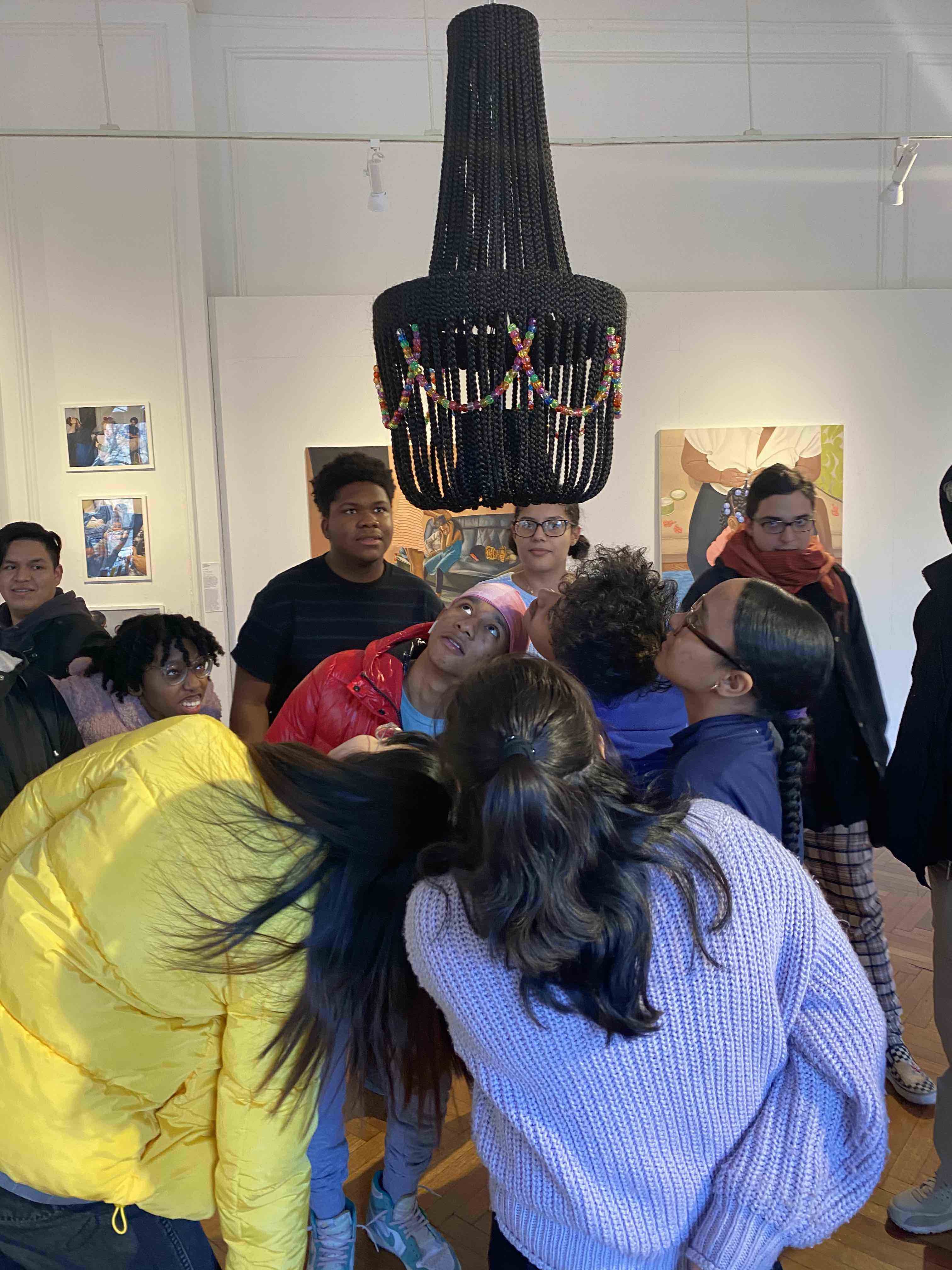 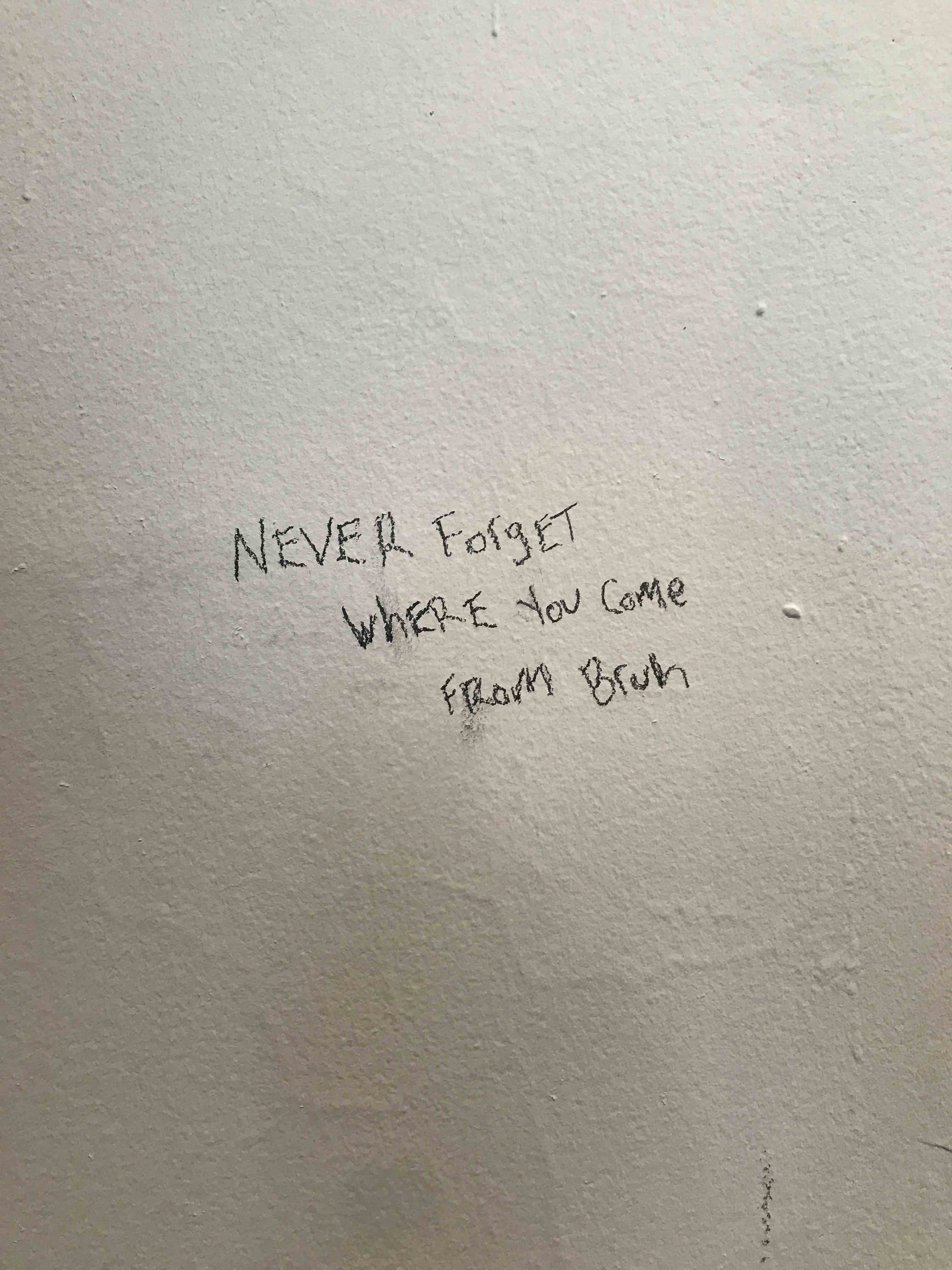 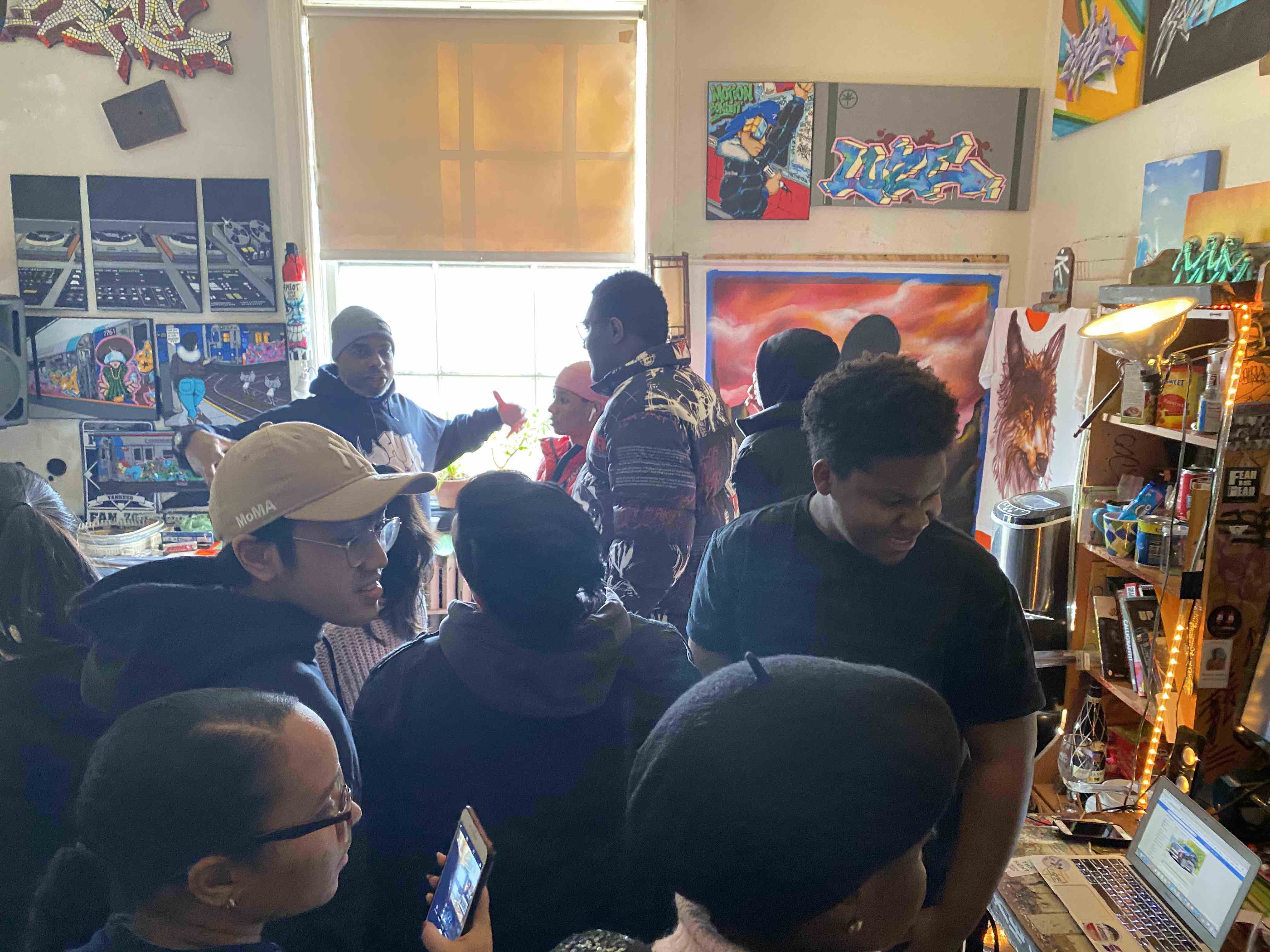 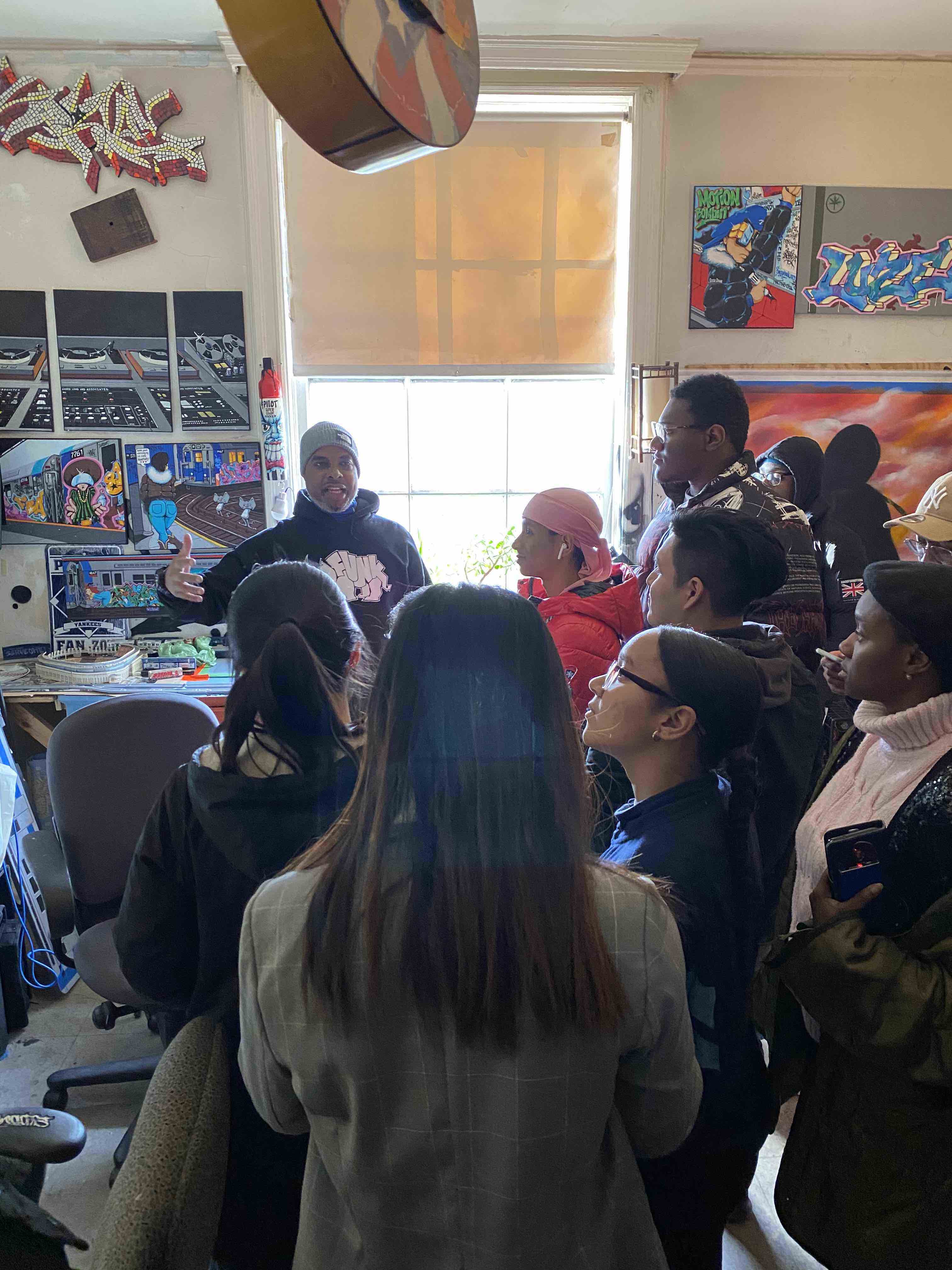 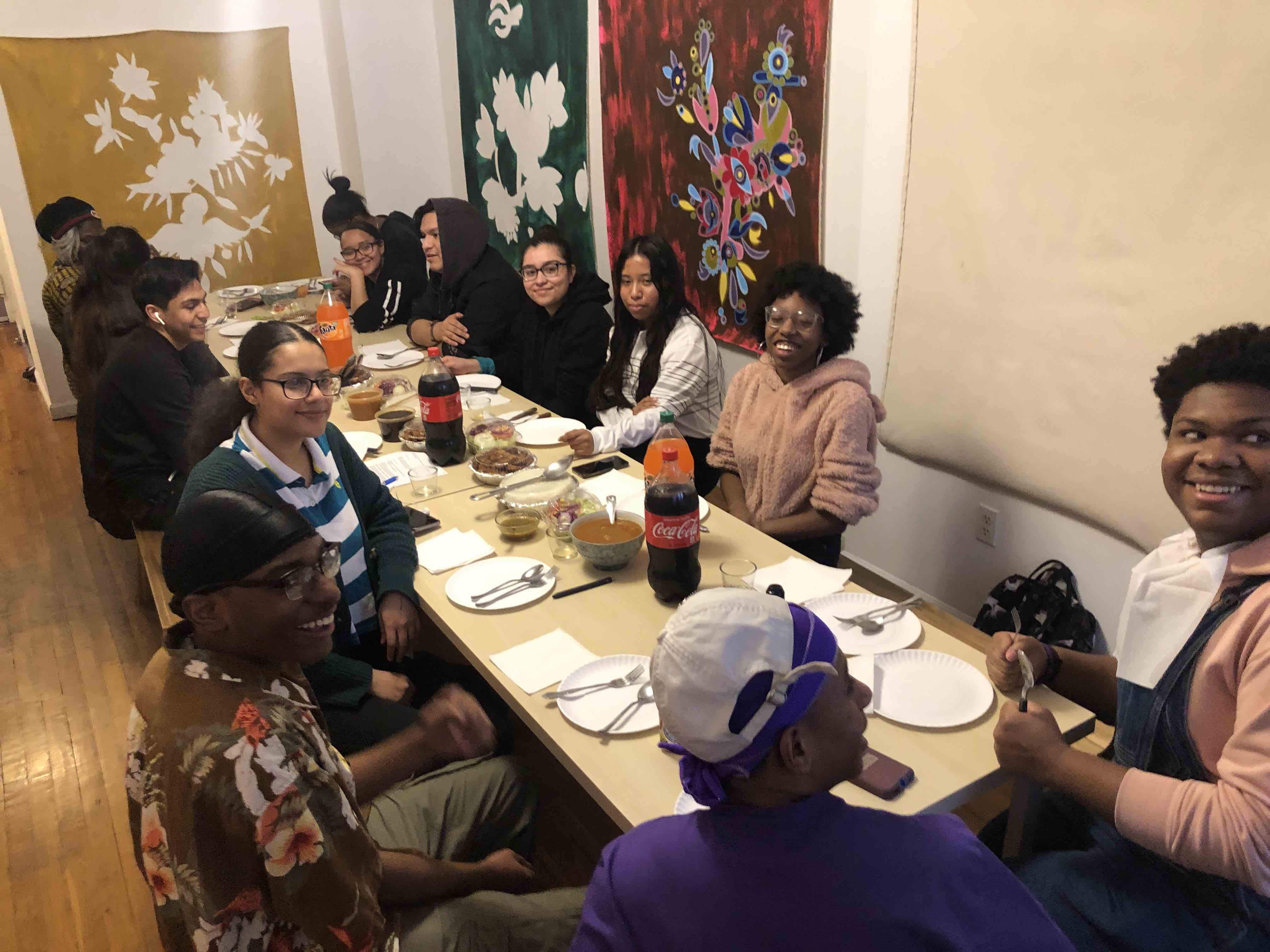 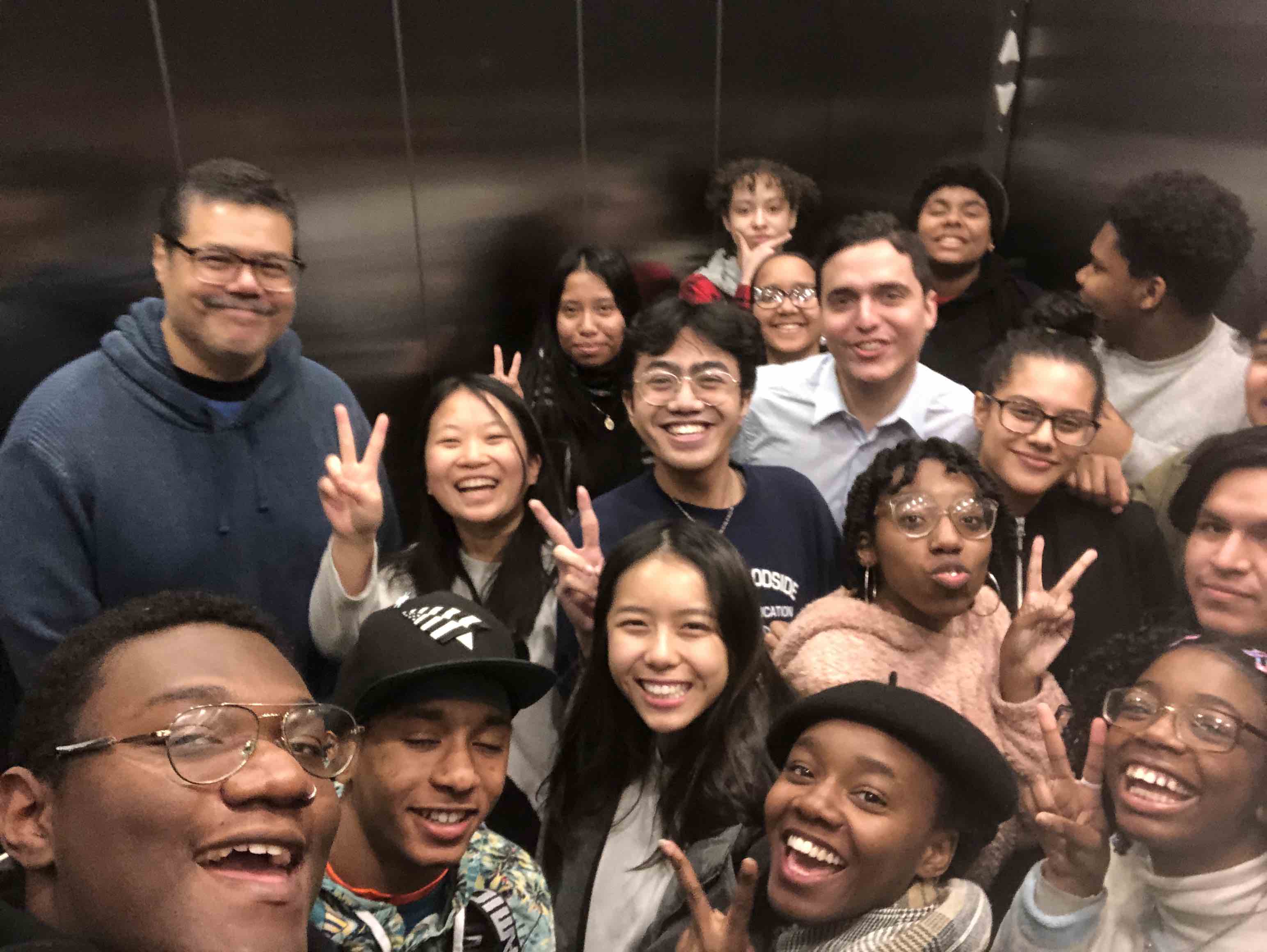 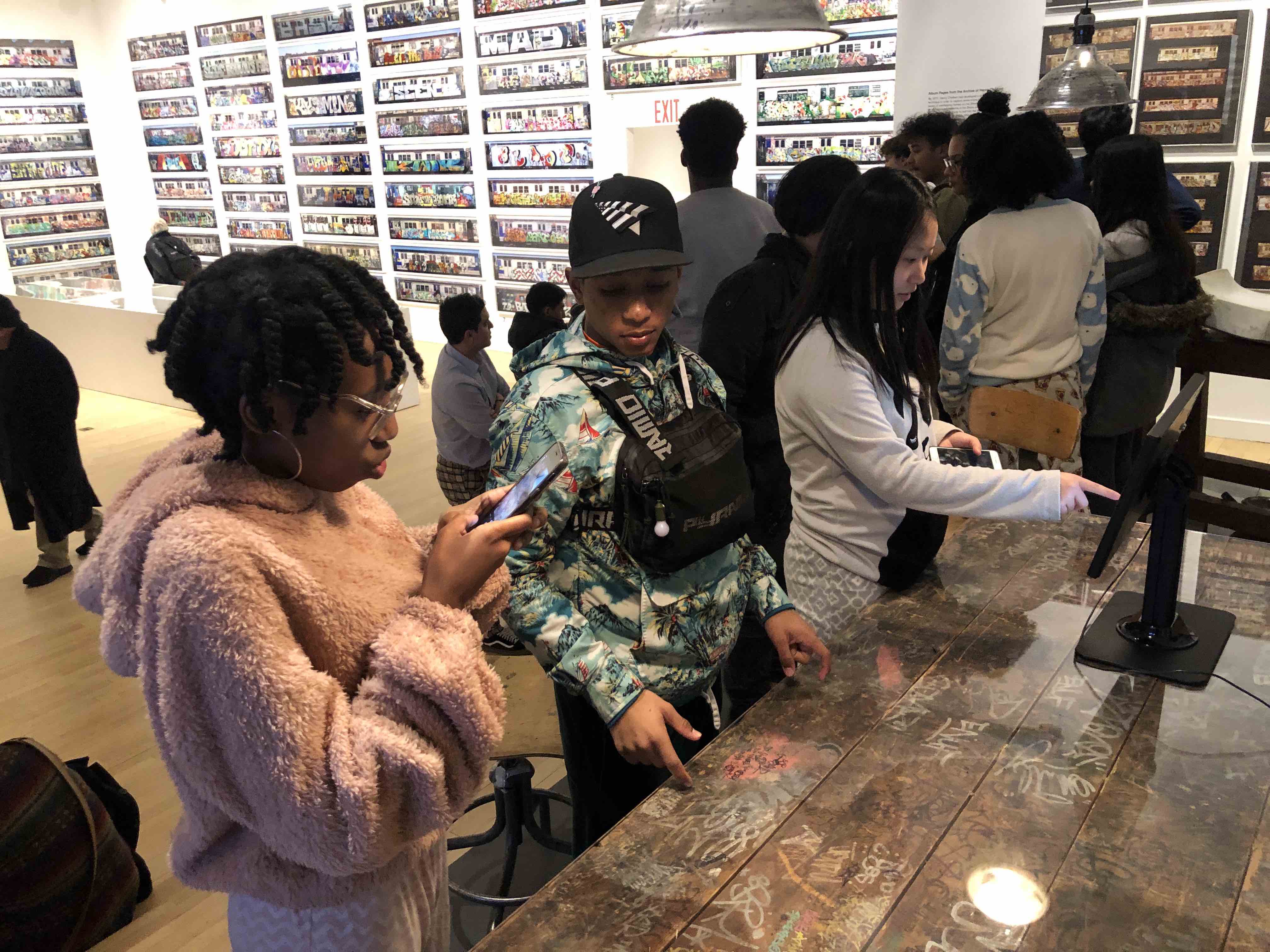 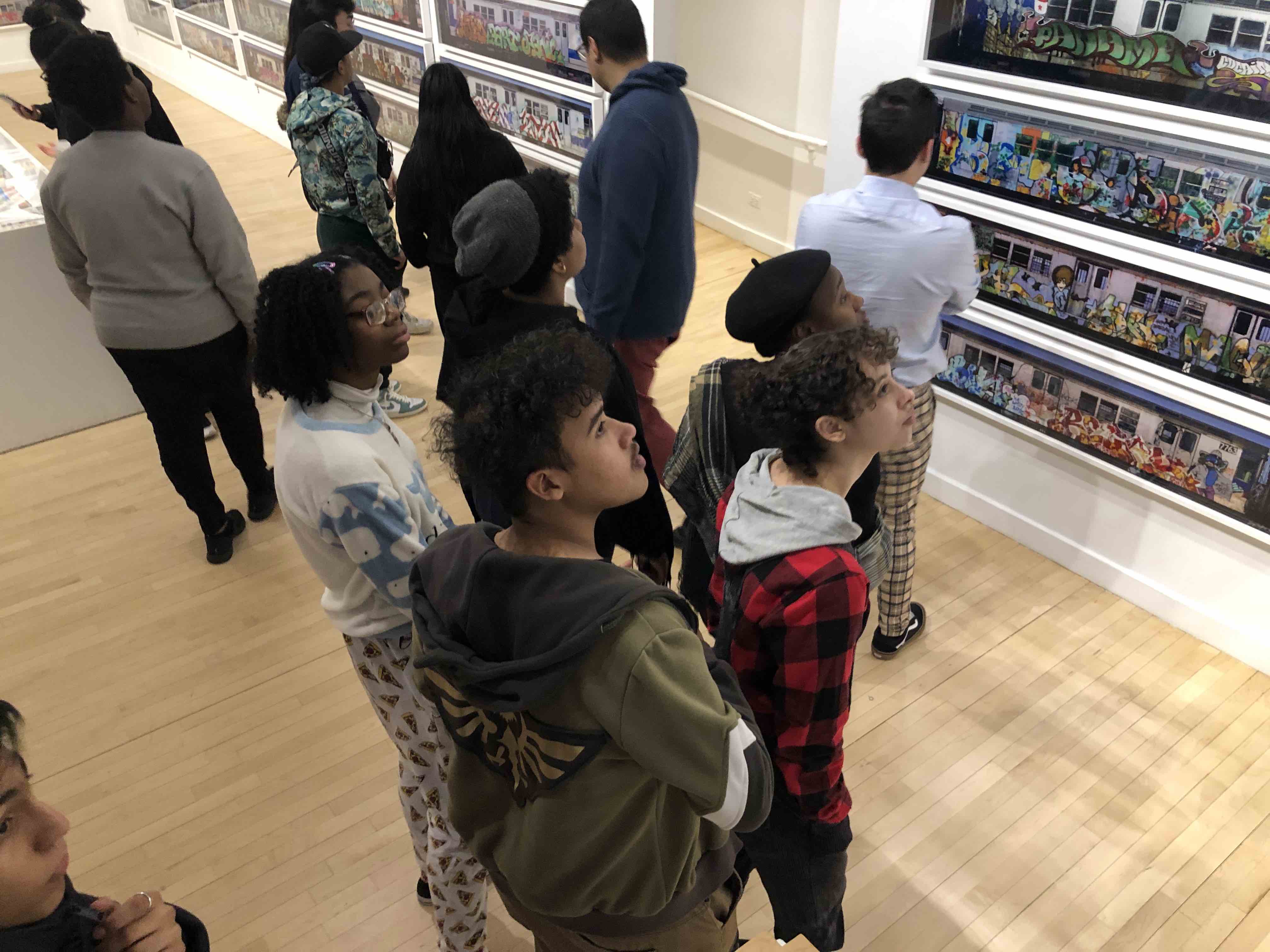 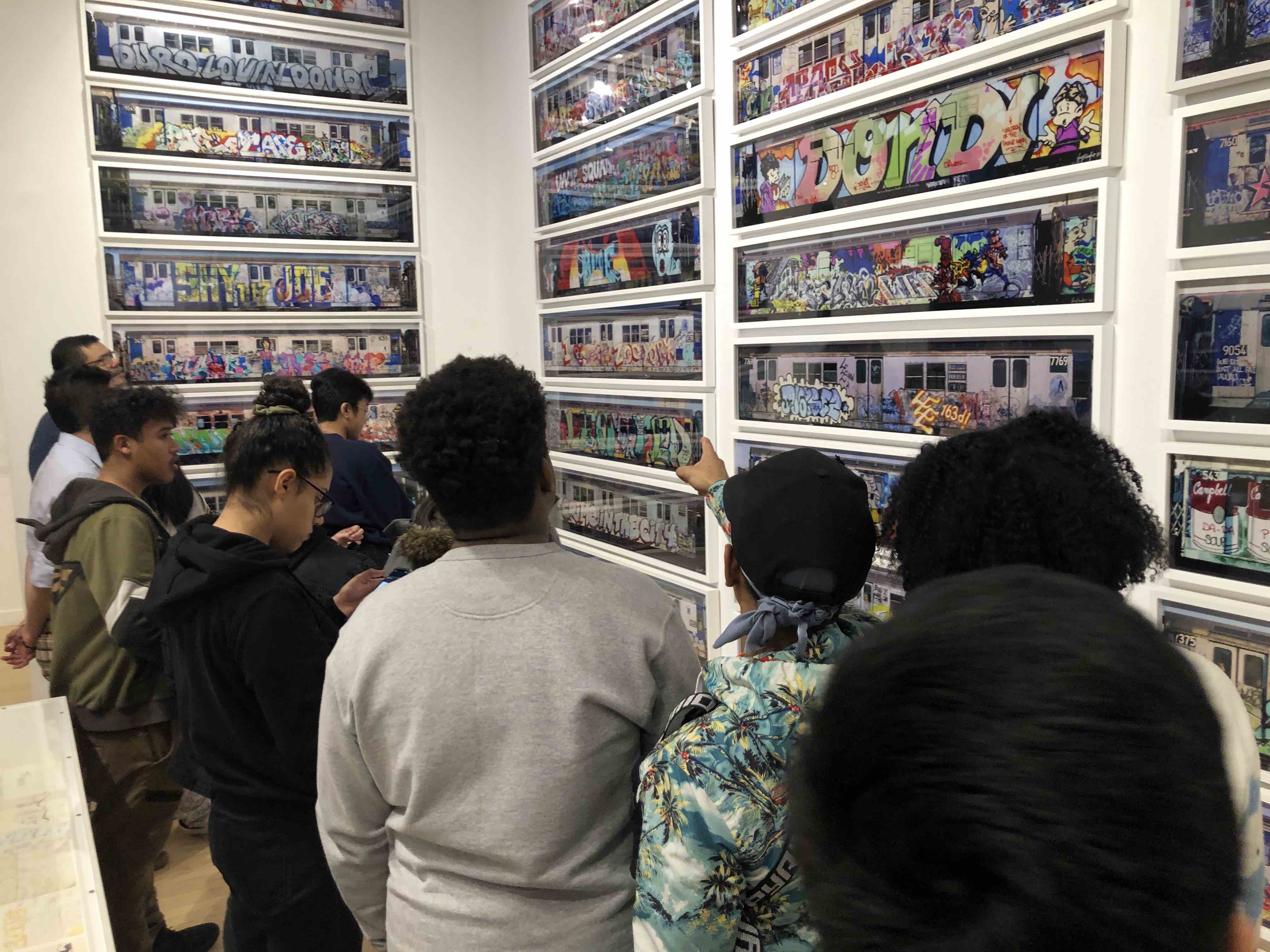 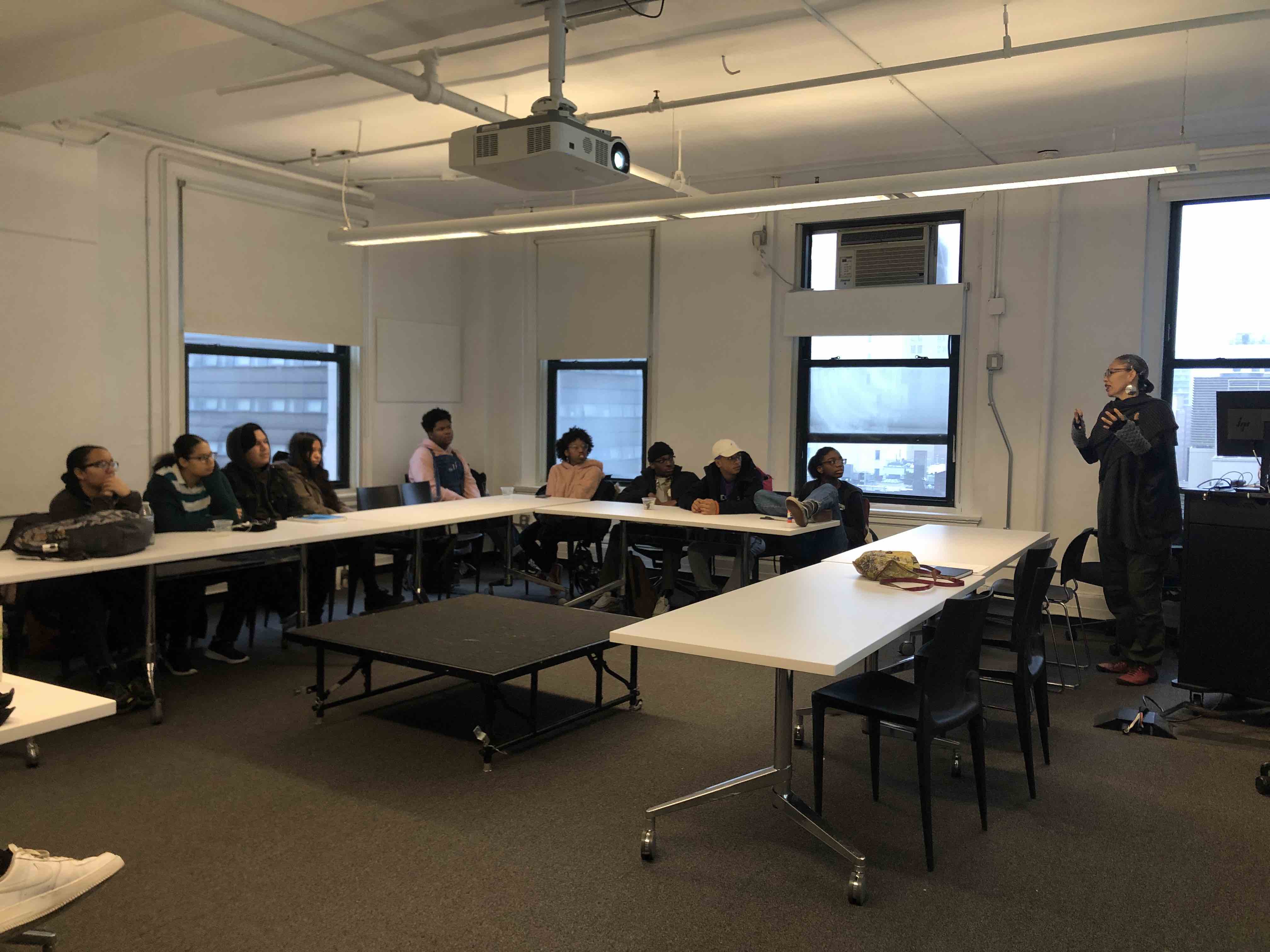 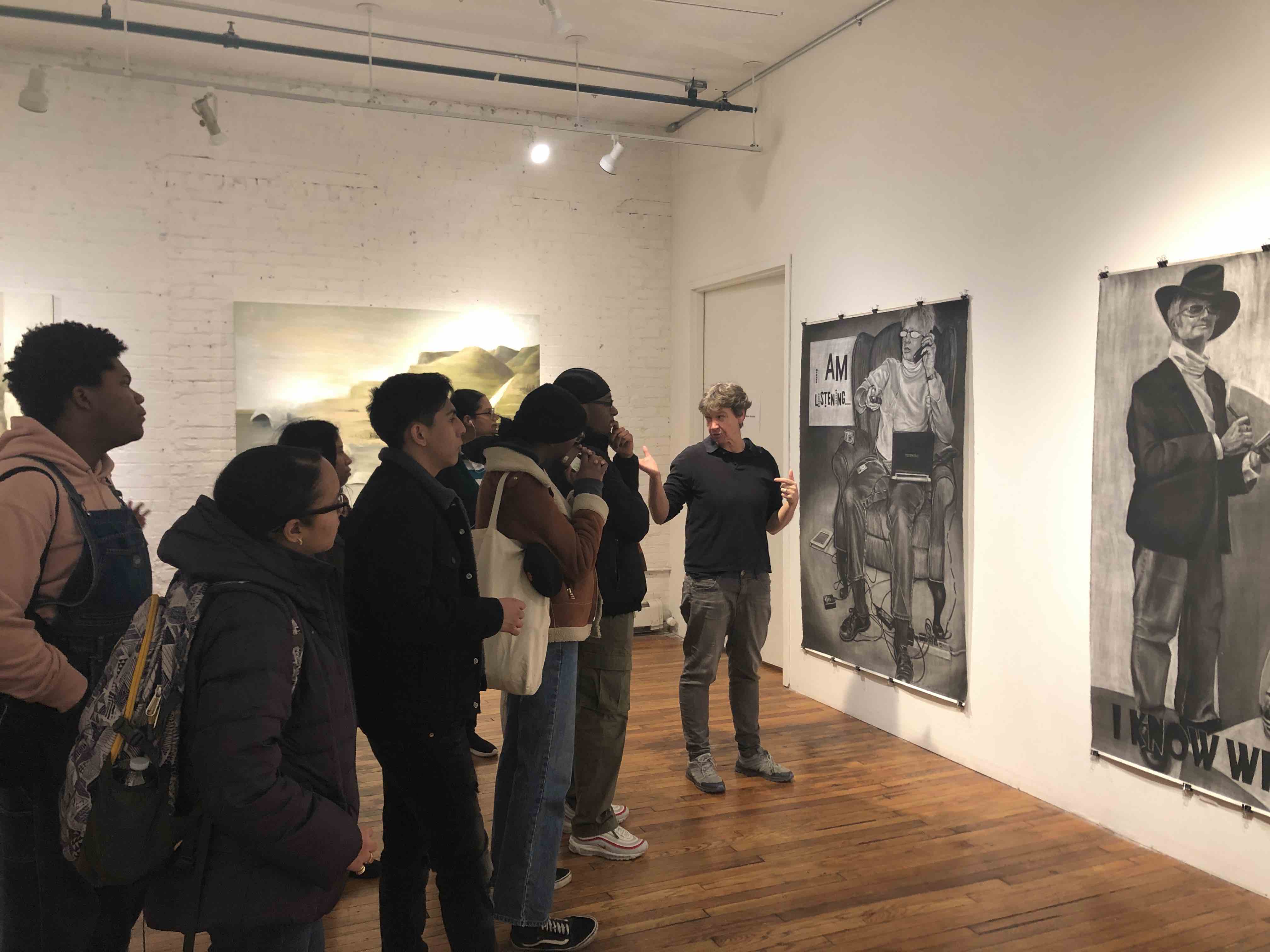 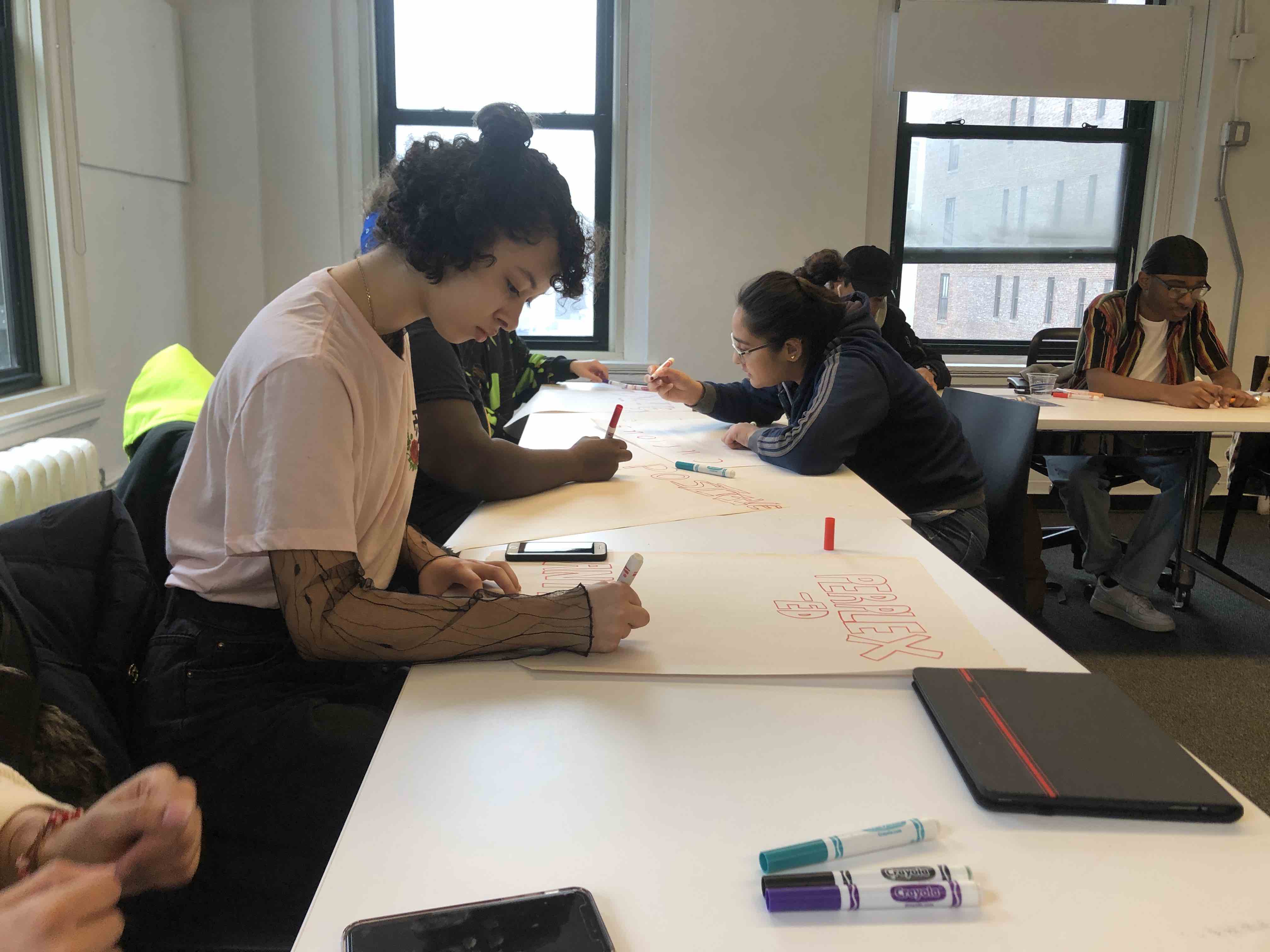 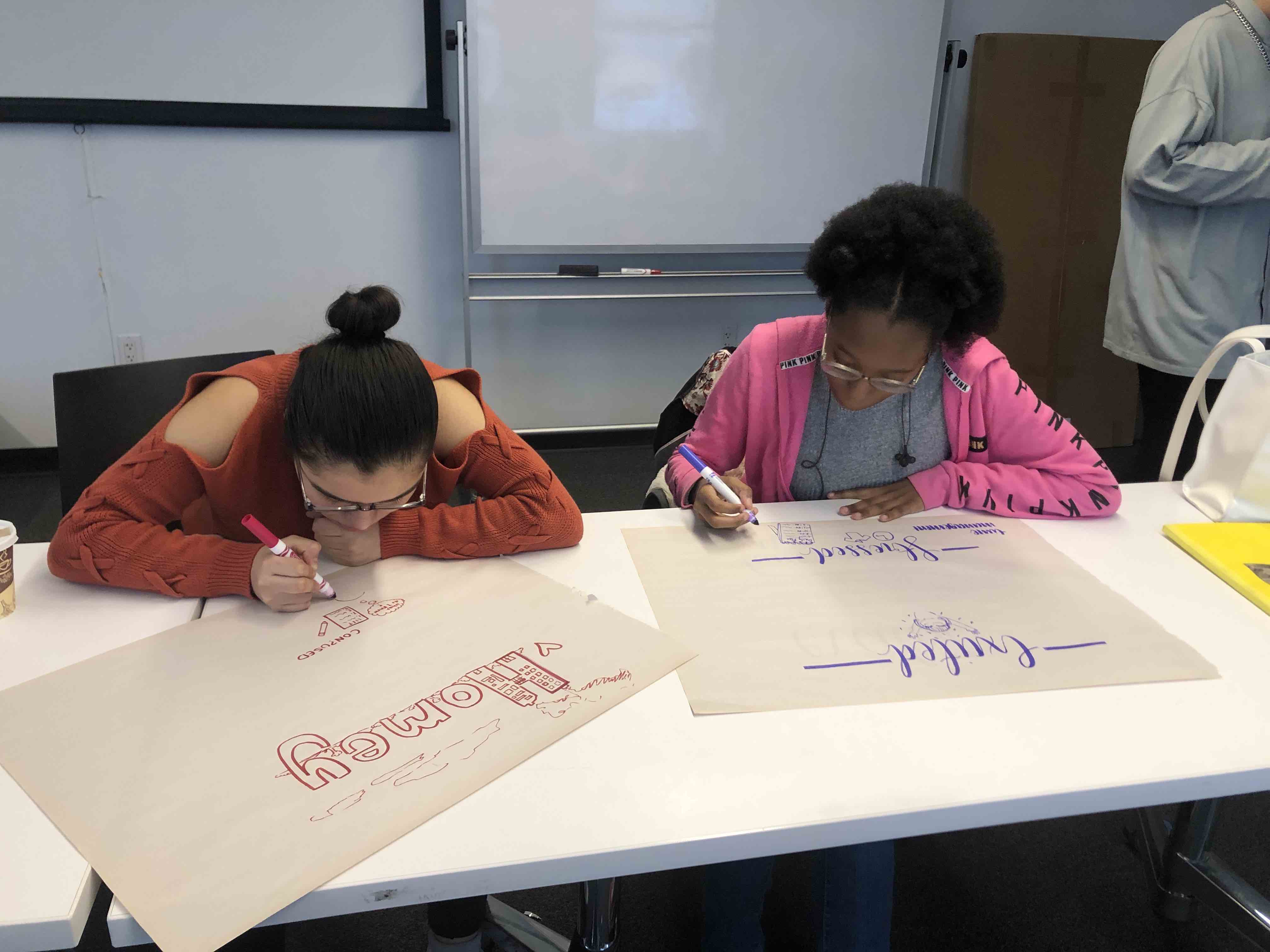 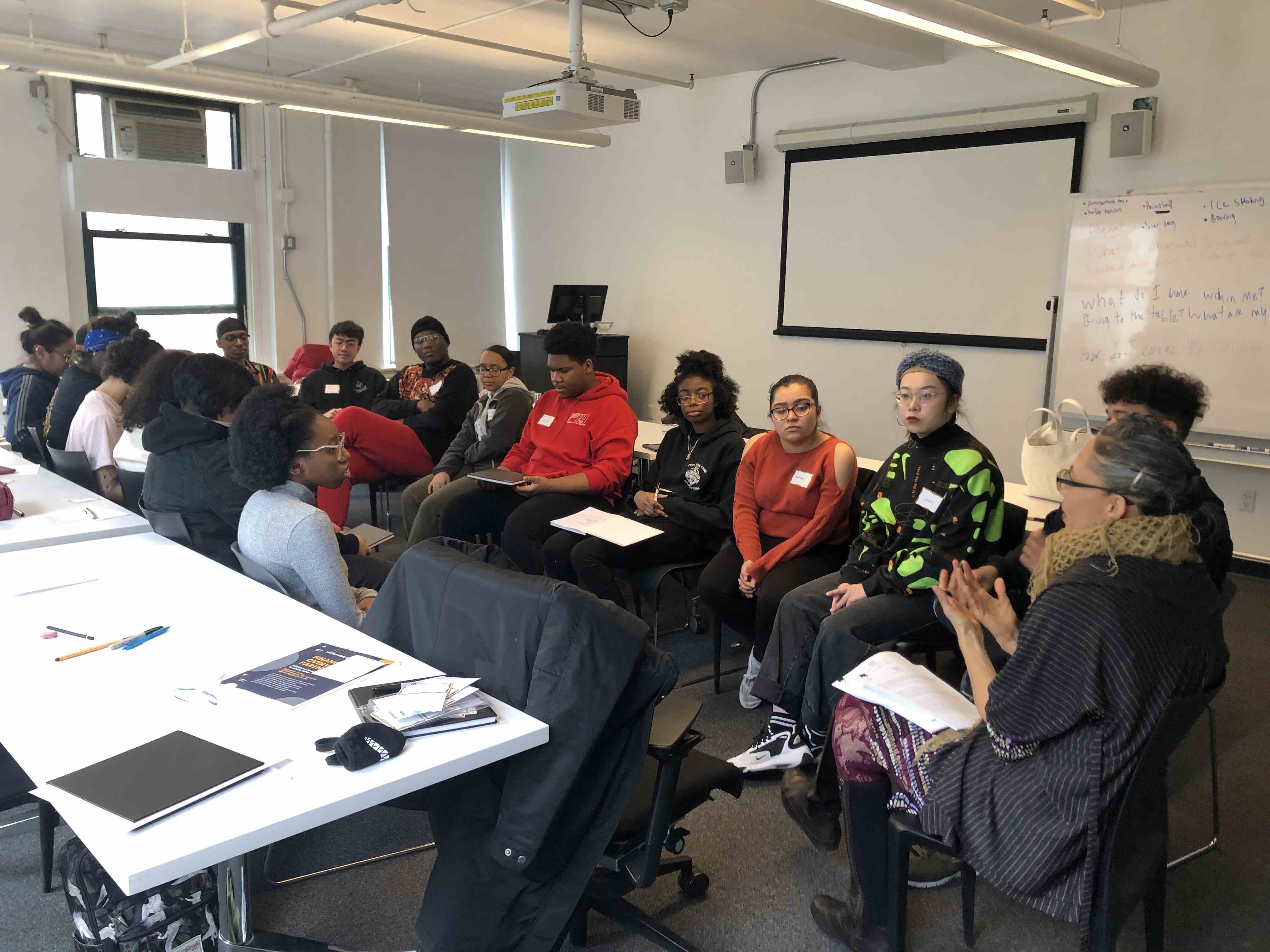 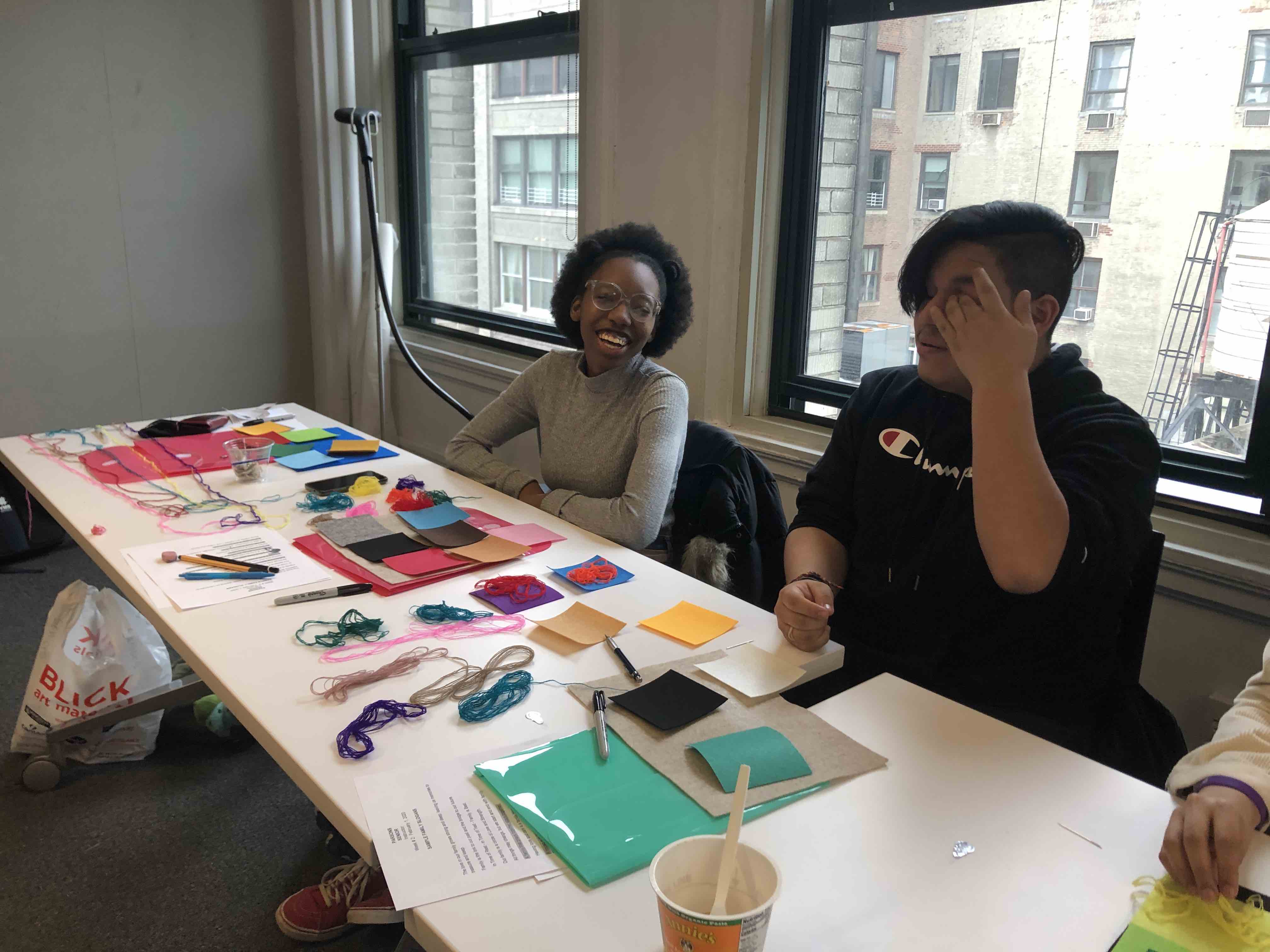 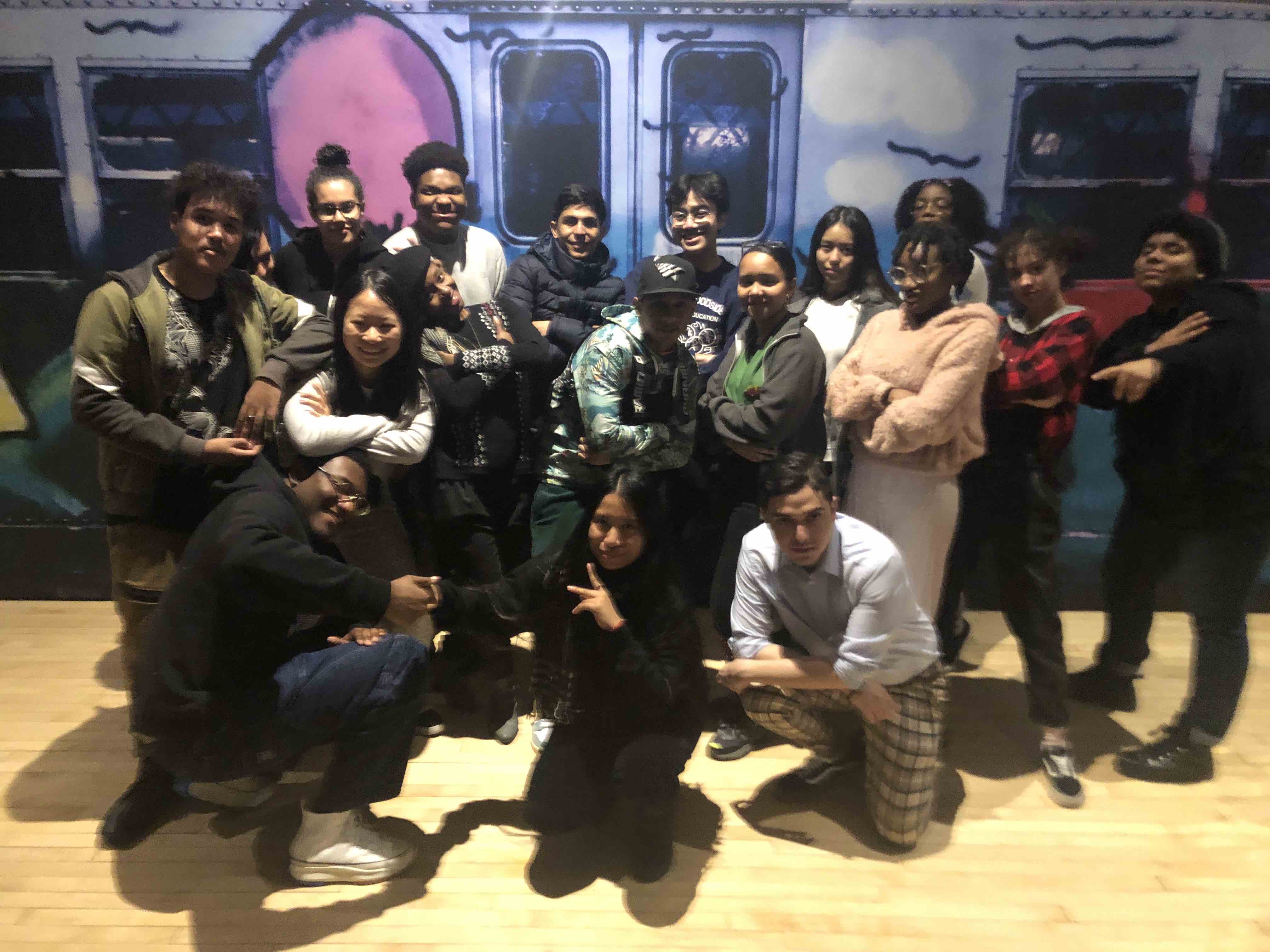 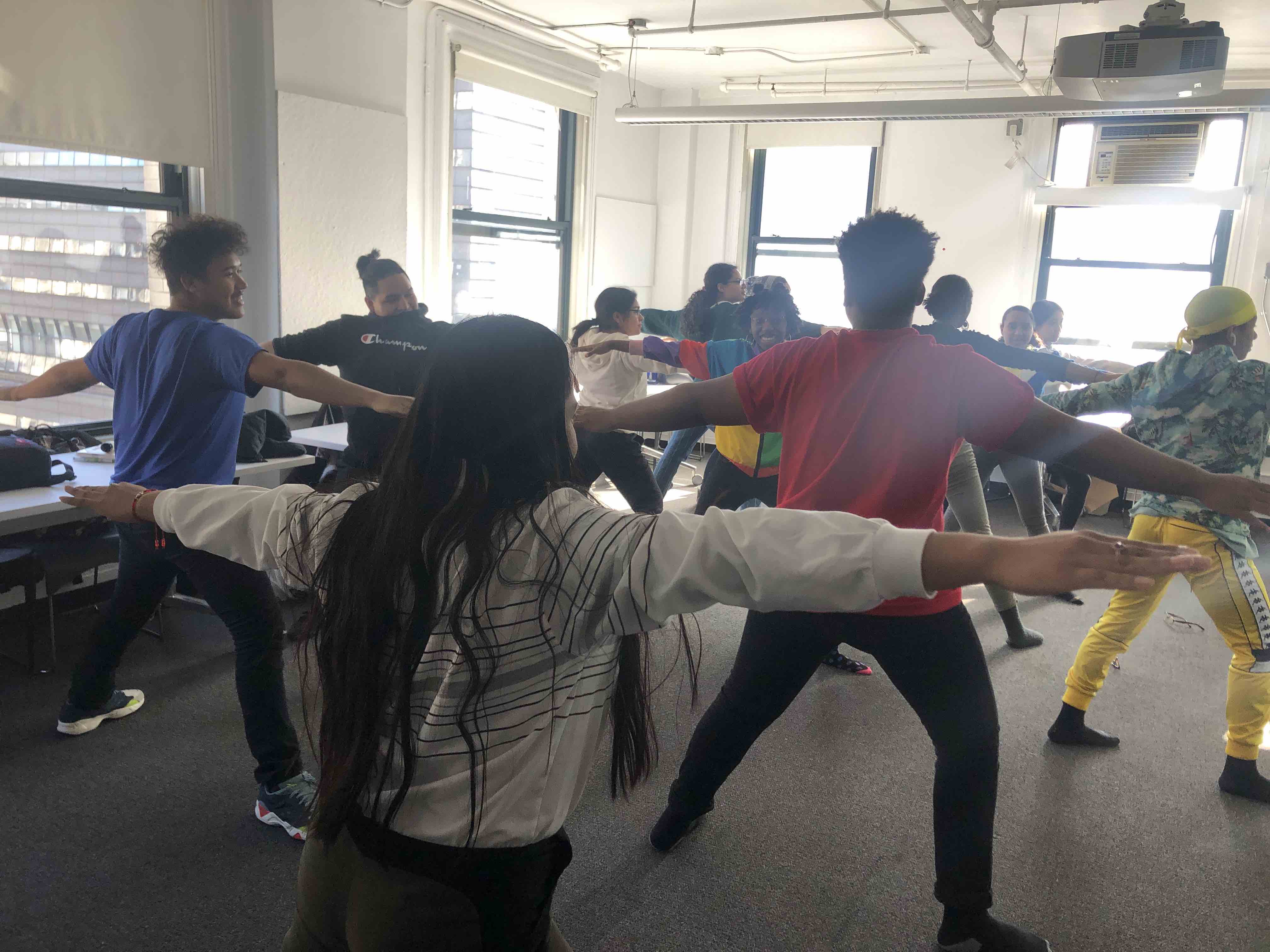 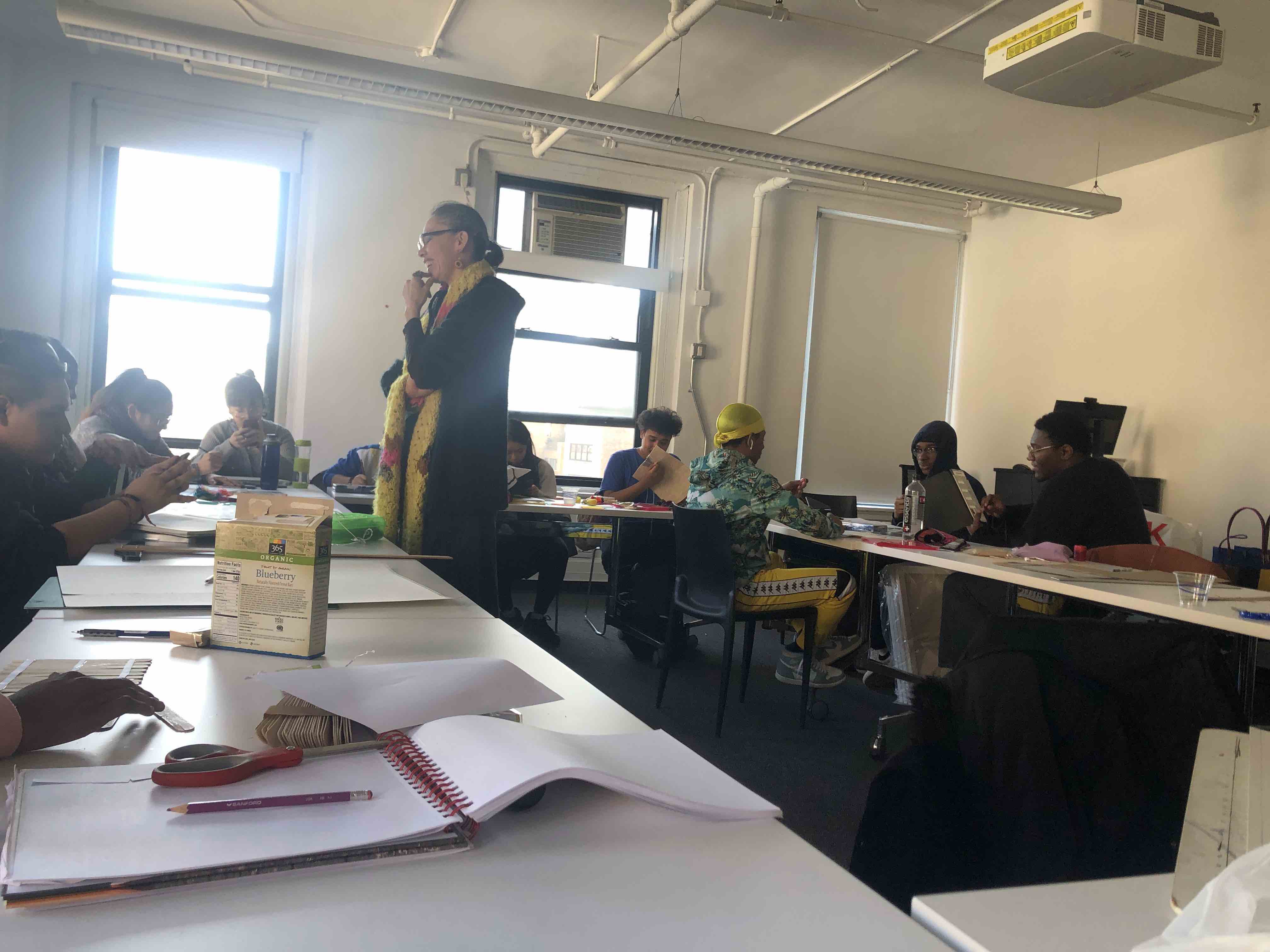 As senior year came to an end in Spring 2020 at the Parsons Scholars Program, Scholars completed their college applications, Capstone projects and Lookbook requirements. Their first assignment? Getting organized with Youth Advocates Havanna Fisher and Kevin Cadena alongside mentors Dirm Luawo, Emily Xie, and Kadeem Lamorell by creating college to-do-lists. First they tackled portfolio requirements. Senior scholars learned how to photograph, measure, label, select and document their best work online for college portfolio submissions. This required gathering information on the colleges they were applying to with College Access Coordinator Juliet Gomez. Scholars were tasked with writing their own artistic bios to accompany their portfolios in the annual PSP Lookbook. Each week scholars, mentors, and staff worked together to chip away at college application requirements. As they inched closer towards completion they met with Juliet Gomez to demystify the application process. This included workshops on financial aid award letters, appeals, and student loans.

To keep up the morale they participated in group yoga and wrote letters to themselves describing their fears, beliefs, values, skills and abilities. Through their Capstone class, led by faculty Blanka Amezkua, and various workshops, Scholars explored how art is viewed and shared outside of the traditional gallery or museum. On a trip with PSP they toured the Bronx Museum of the Art’s Henry Chalfant: Art Vs. Transit, 1977-1987 exhibition. The exhibition highlighted graffiti as a historically relevant and pivotal art form that coincides with Bronx history. They observed that graffiti is a cultural art form primarily used by young disenfranchised people of color and has been removed often such as the case at 5 points in Queens. Henry Chalfant documented the city’s transformation and use of graffiti through photography. On the trip, Scholars observed how communities have engaged with graffiti and how it developed due to changes the community experienced. Through a guided group discussion and individual art-making activity, students unpacked their own understanding of their personal artistic identity and social responsibility as an artist by creating an “artist box.” The two and three-dimensional boxes they created represented the duality between their artistic desires and the social pressures they face as artists.

Additionally, they visited The Living Room Kitchen Exhibition curated by Kiara Ventura at the Historical Andrew Freedman Home, an abandoned landmark mansion turned cultural organization located in the Bronx. The exhibition which hung in the former AFH living room and now gallery highlighted eleven local artists of color under thirty and dissected how rooms can house experiences of celebration, childhood memories consumption, and family traditions. At the same time, they can be places of trauma, family hardships, economic hardships, serious conversations, and life changing events that mold one’s identity. Connecting to wider issues around housing, gentrification, and displacement, the subject of home is essential to speak about the current landscape of the Bronx and larger NYC. Through research, Scholars learned about and discussed the cancelling of the Bronx festival hosted in the Andrew Freedman Home. The conversation touched on how artists can play into gentrification, the history of the Andrew Freedman home and how institutions can best serve the communities they are a part of.

Alongside Program Administrator and Artist Estelle Maisonett who was one of the artists in the exhibition, Scholars explored the importance of the kitchen as a social space for marginalized communities. They met graffiti artist Kelly “Luze One” Covington who has created graffiti since the 80’s and now works in a studio at AFH. He helped provide a face and personal experience to the work they saw at the Bronx Museum of Art and discussed how his work has shifted to mainstream projects over time. Lastly Scholars took photos of personal objects that embodied home to them in various spaces throughout AFH.

As senior year came to a close and Scholars received their college acceptance letters, they celebrated with a trip to Bowlmor Lanes in Chelsea Piers for bowling, laser tag, and food! As programming moved online due to the Covid-19 pandemic, Scholars continued to meet on Zoom supporting one another and sharing their experiences learning at home. They played games together, finished their Capstone projects, and began discussing how art can play a role in this new shifting landscape. To commemorate the year, each Scholar made an object that represented their experience at PSP and displayed them at their virtual graduation after-party.