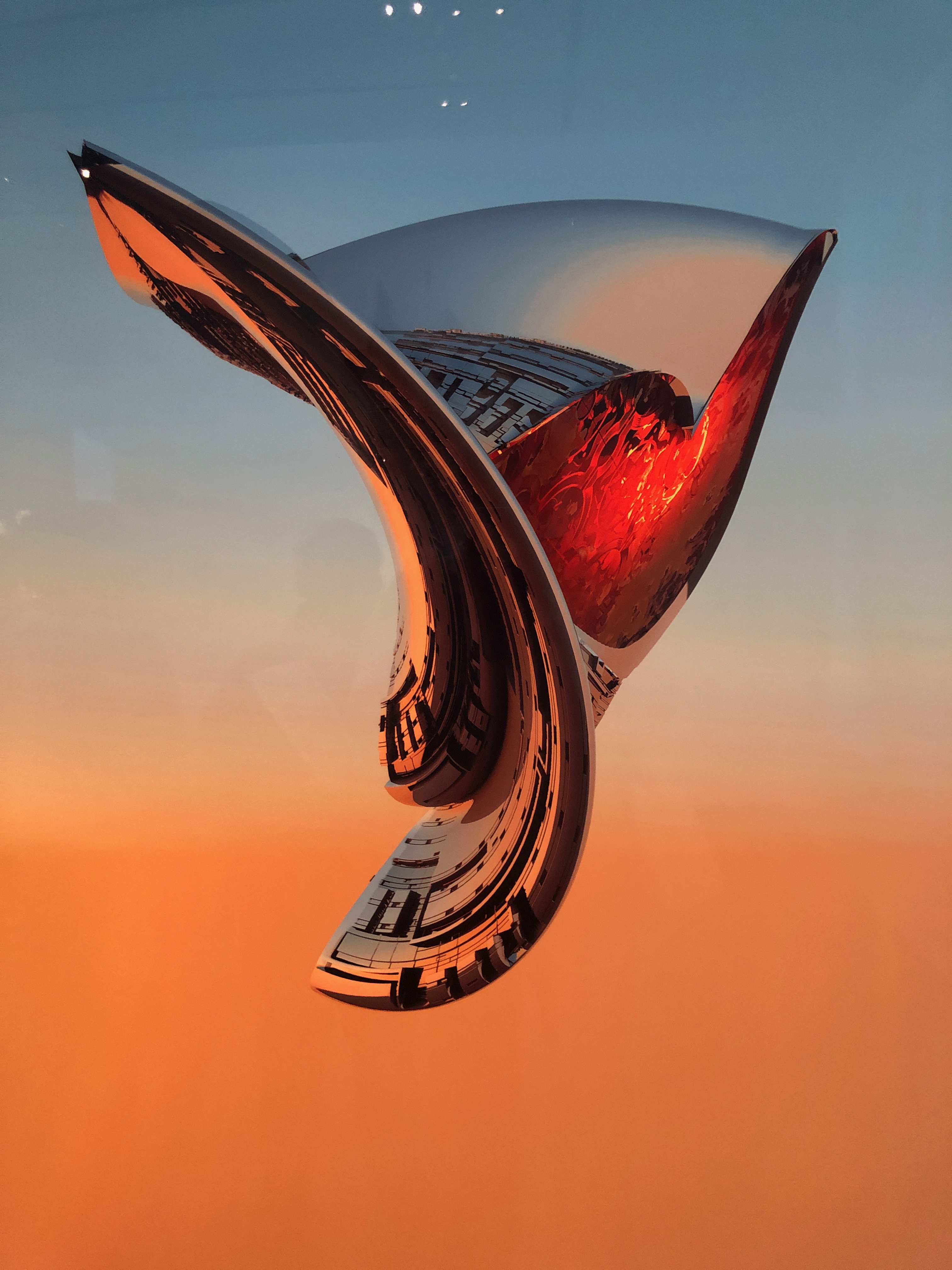 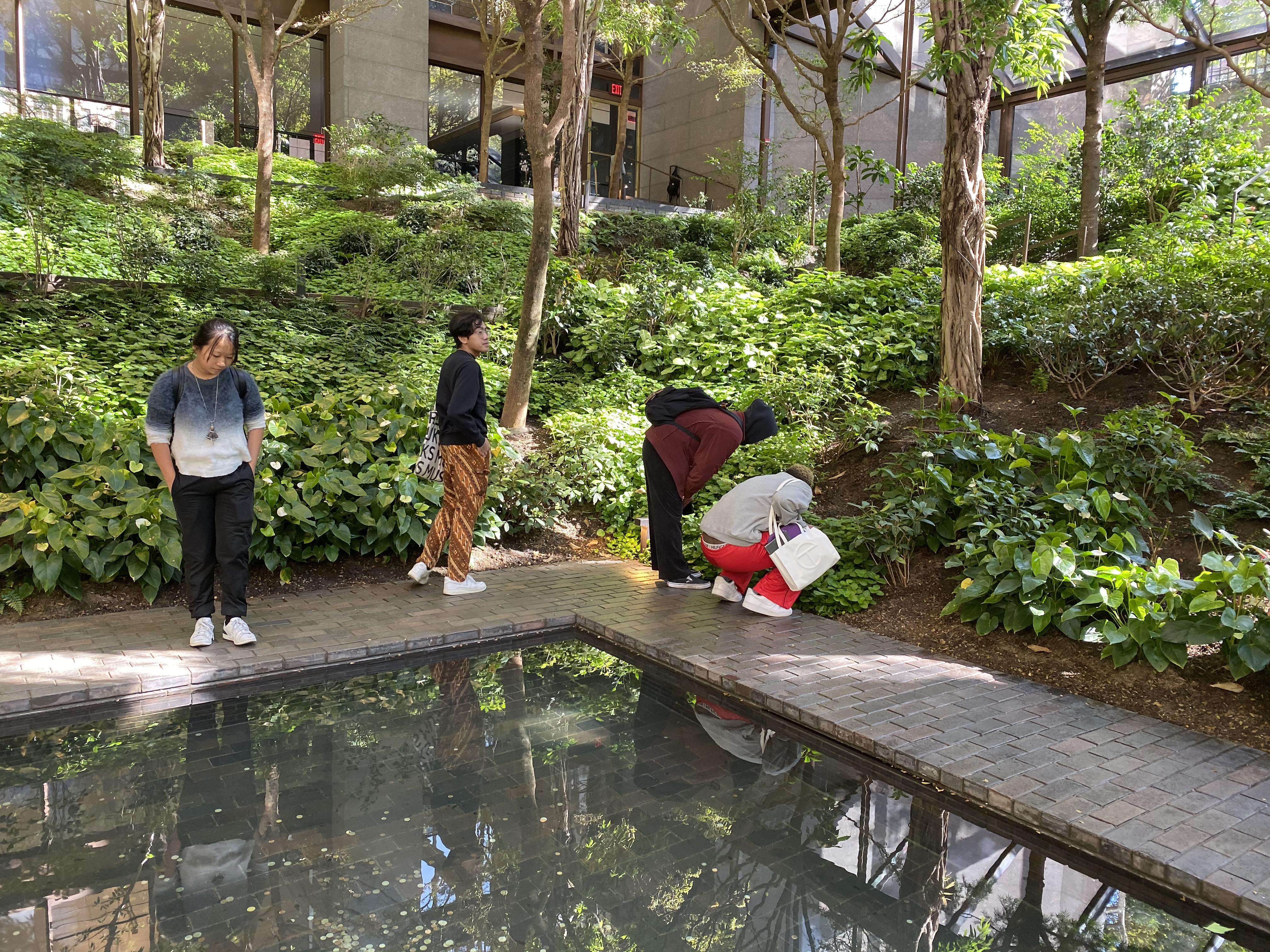 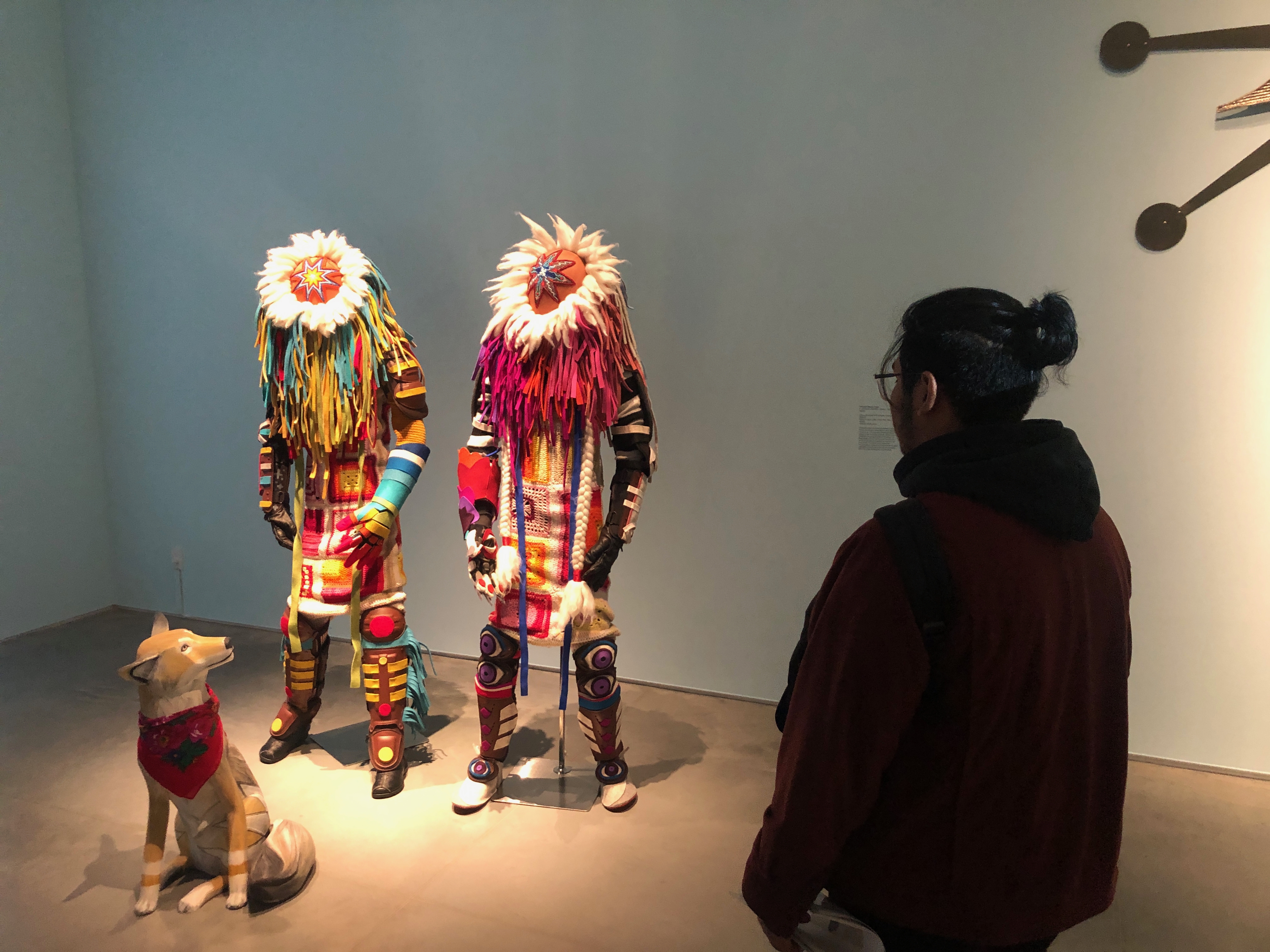 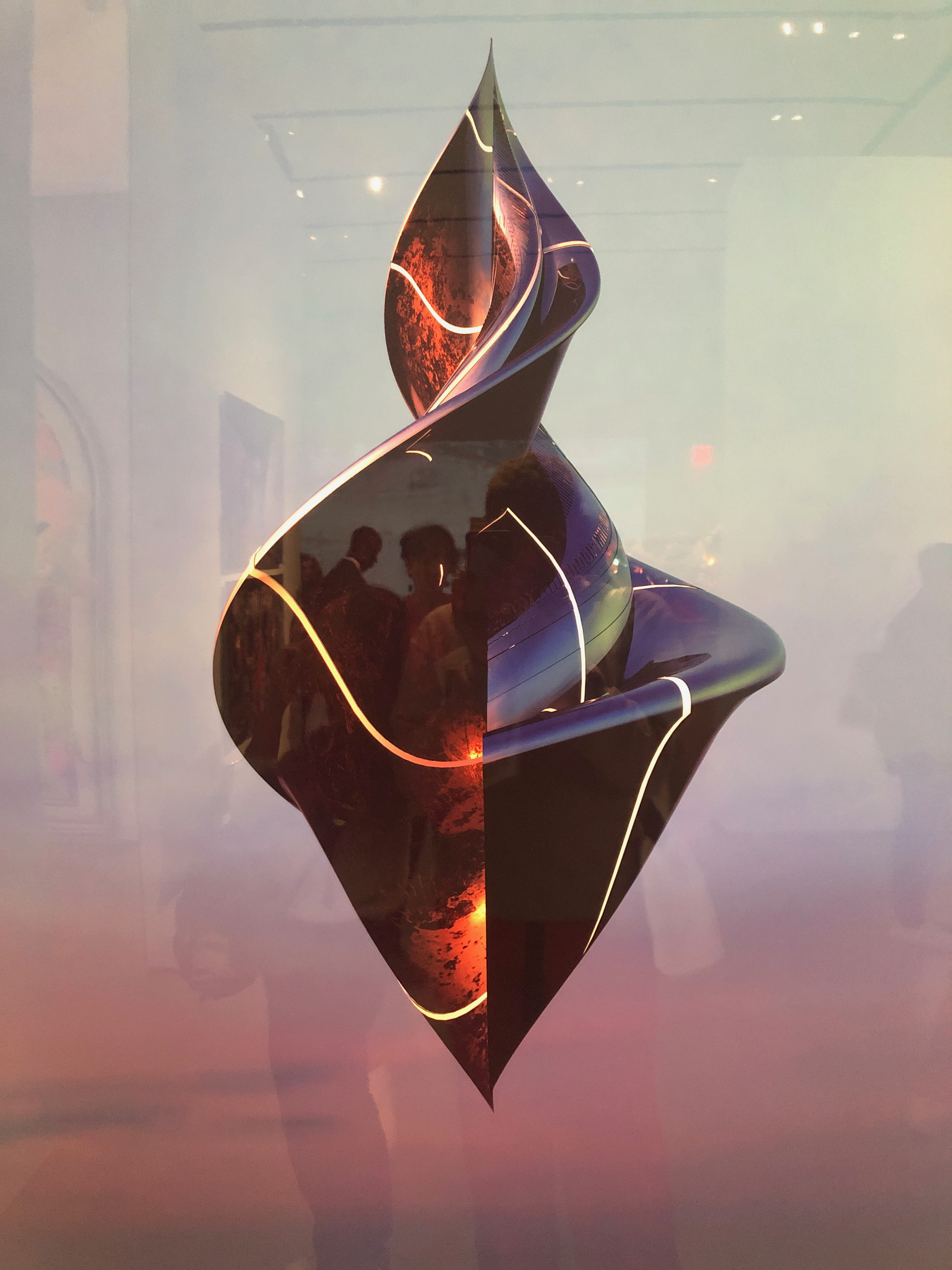 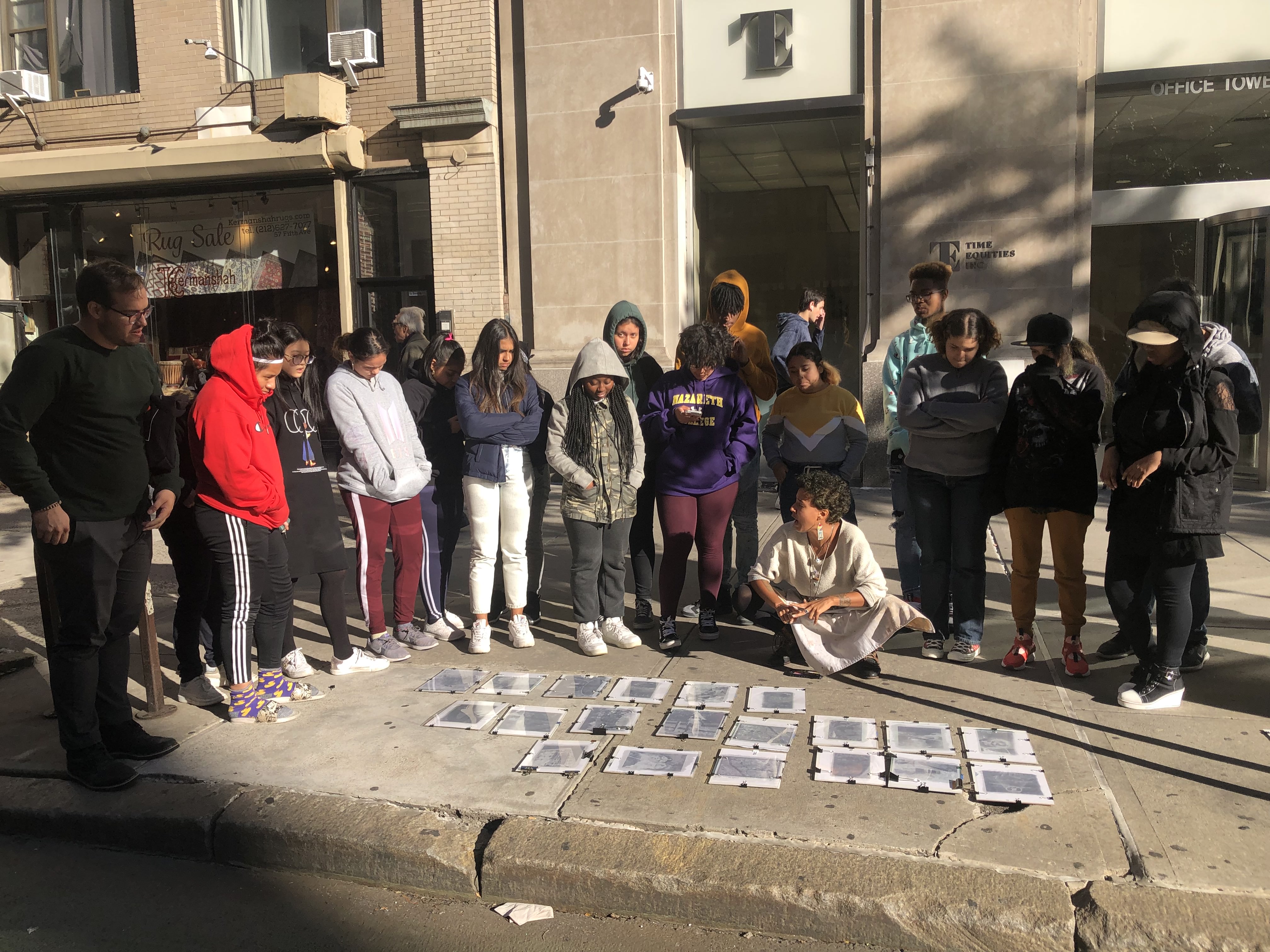 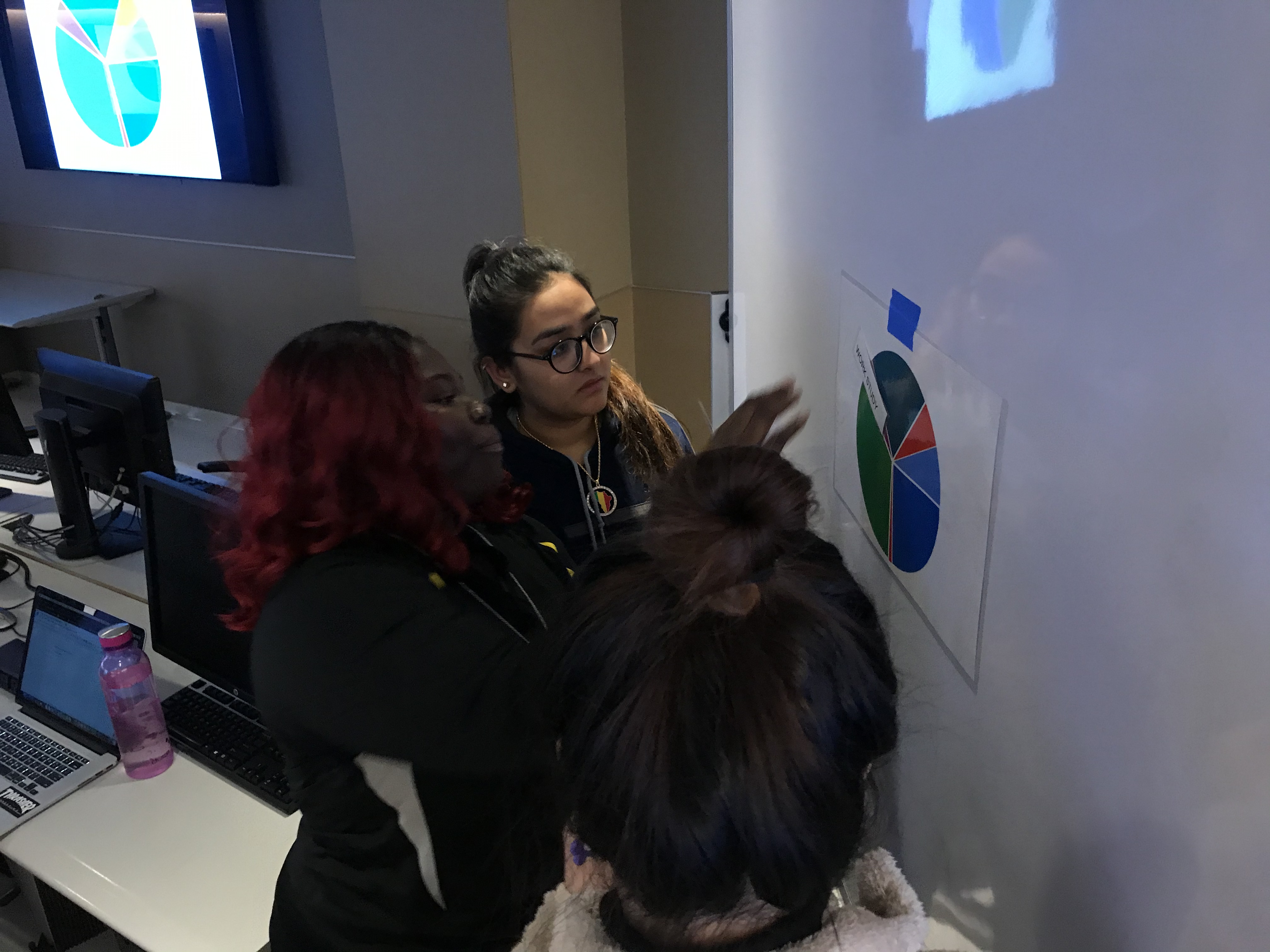 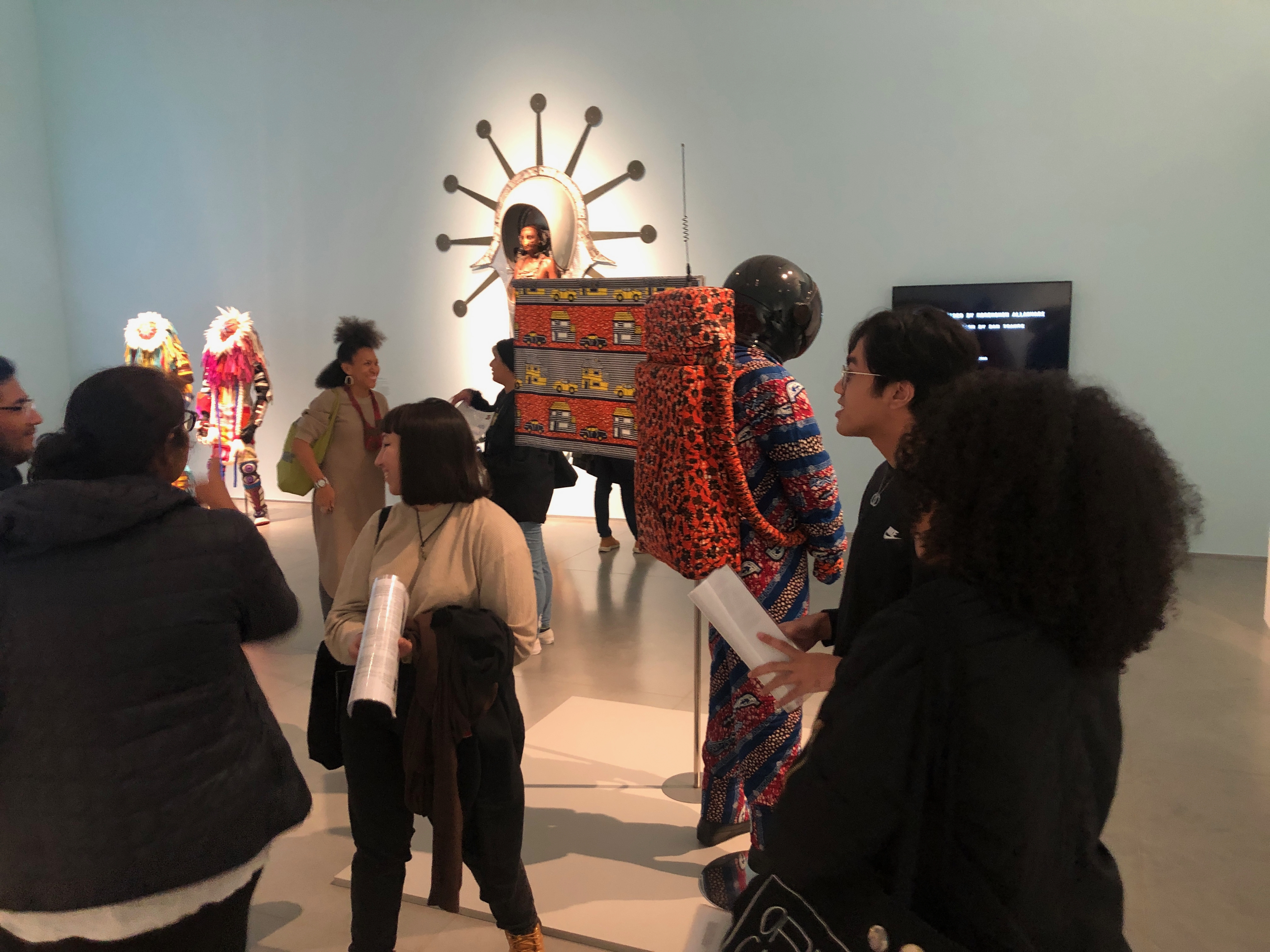 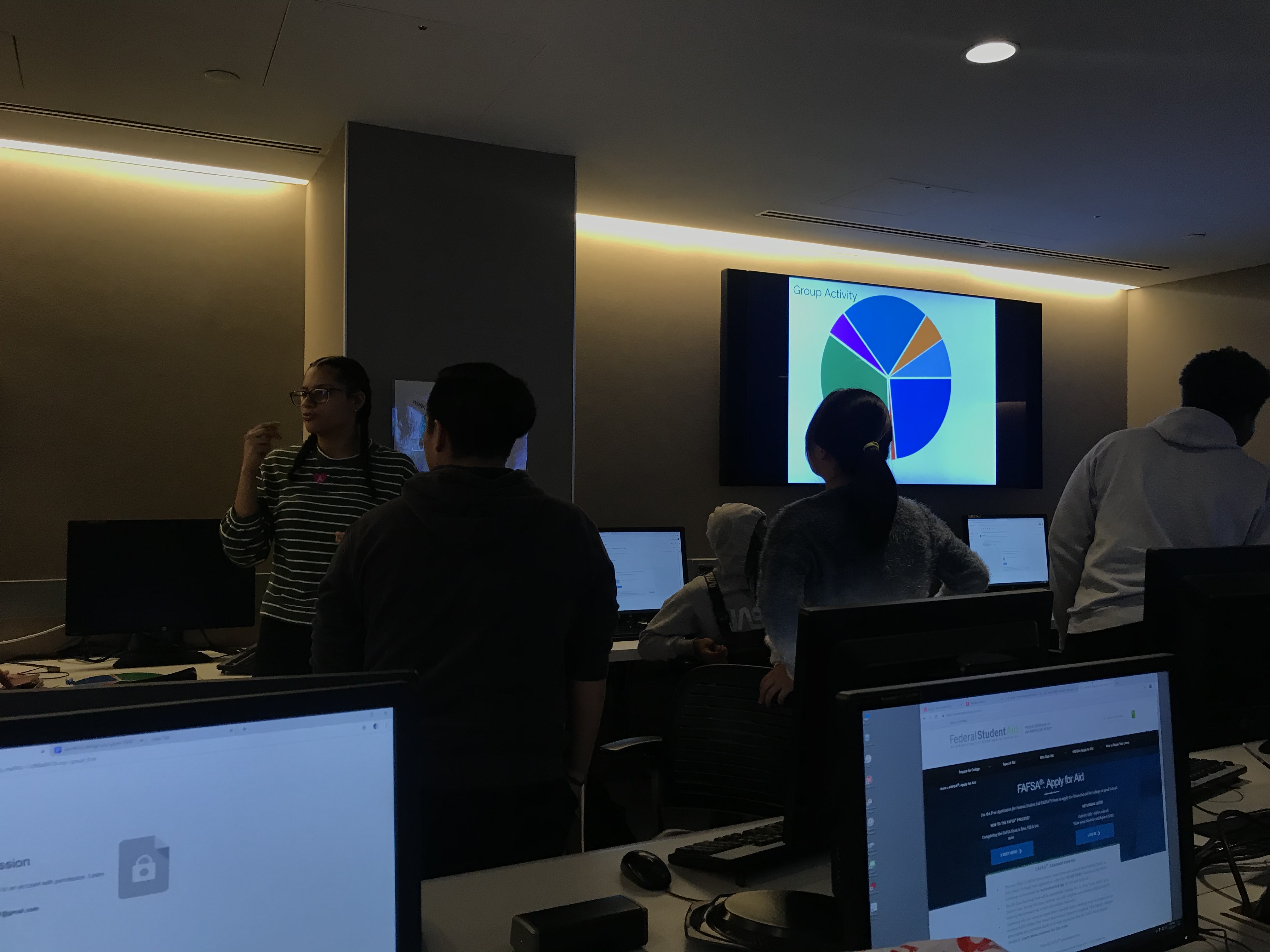 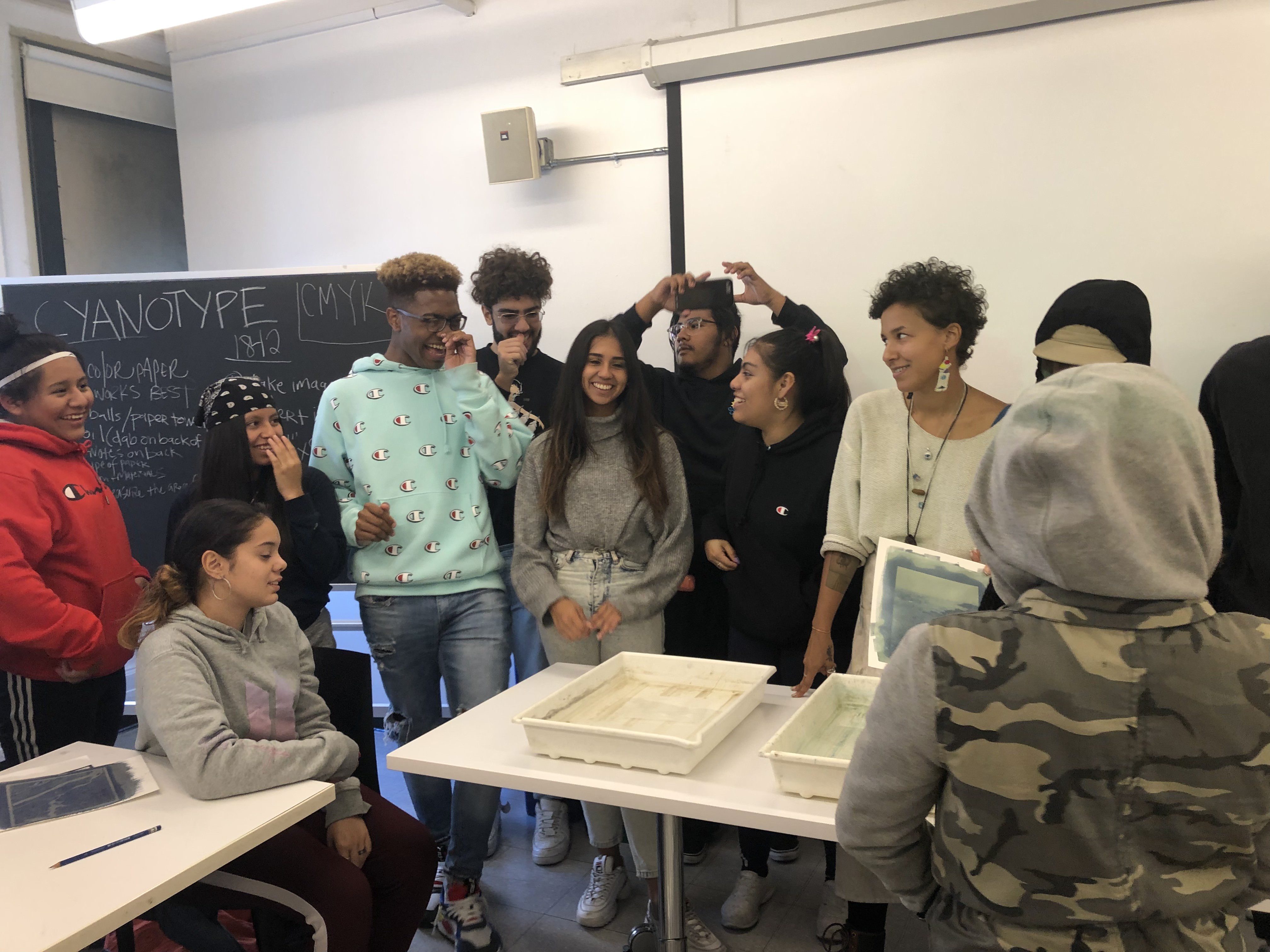 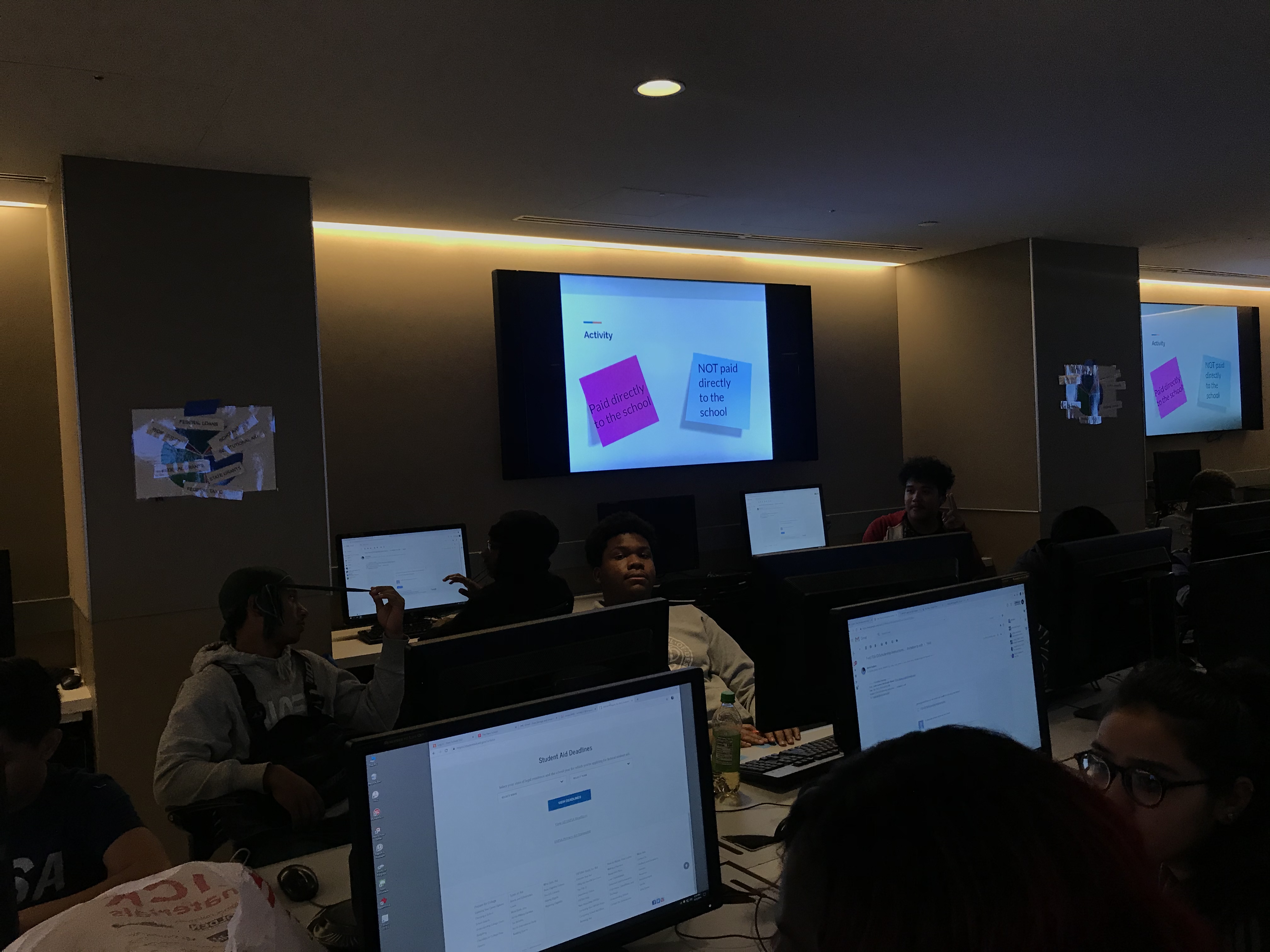 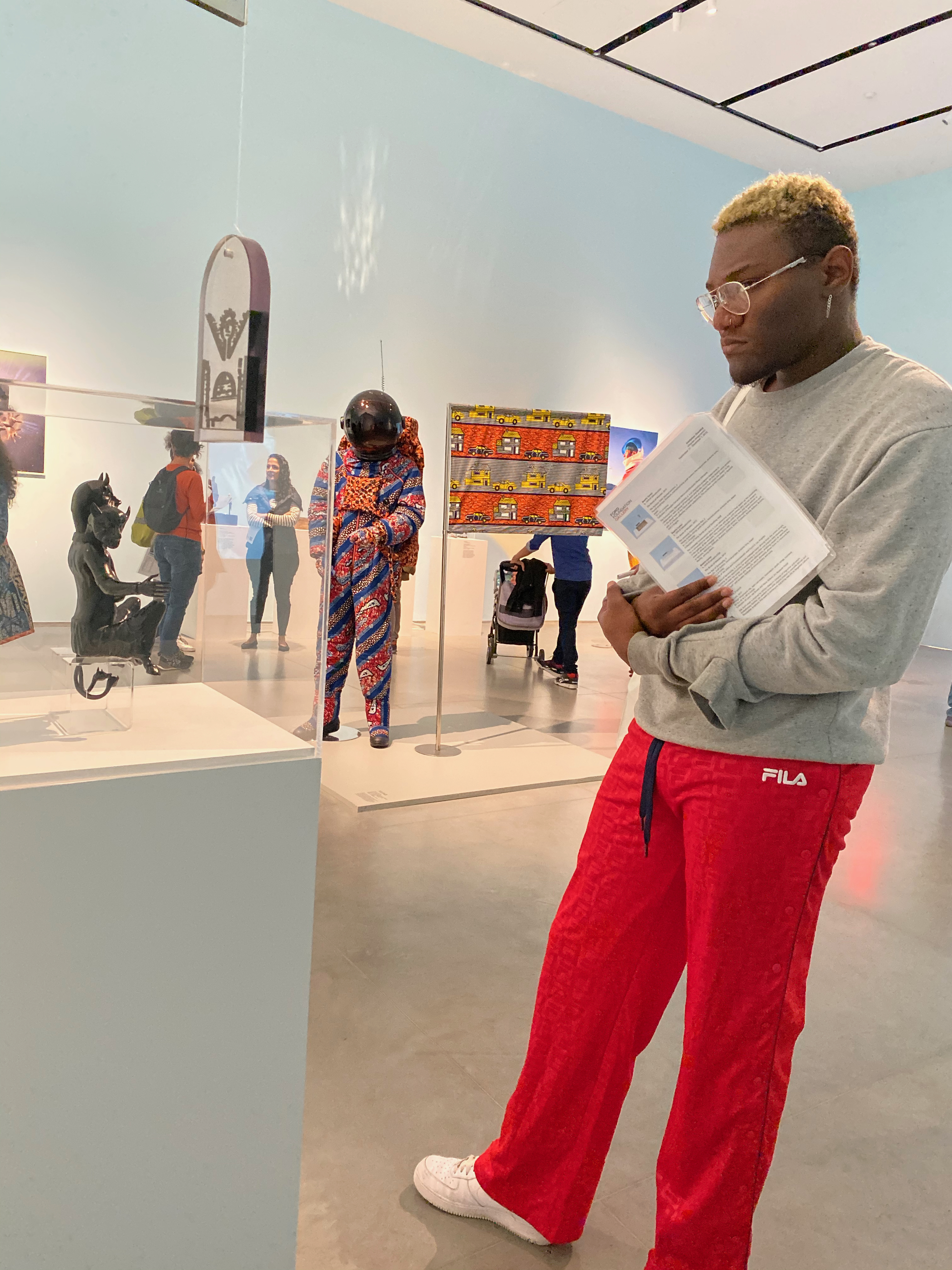 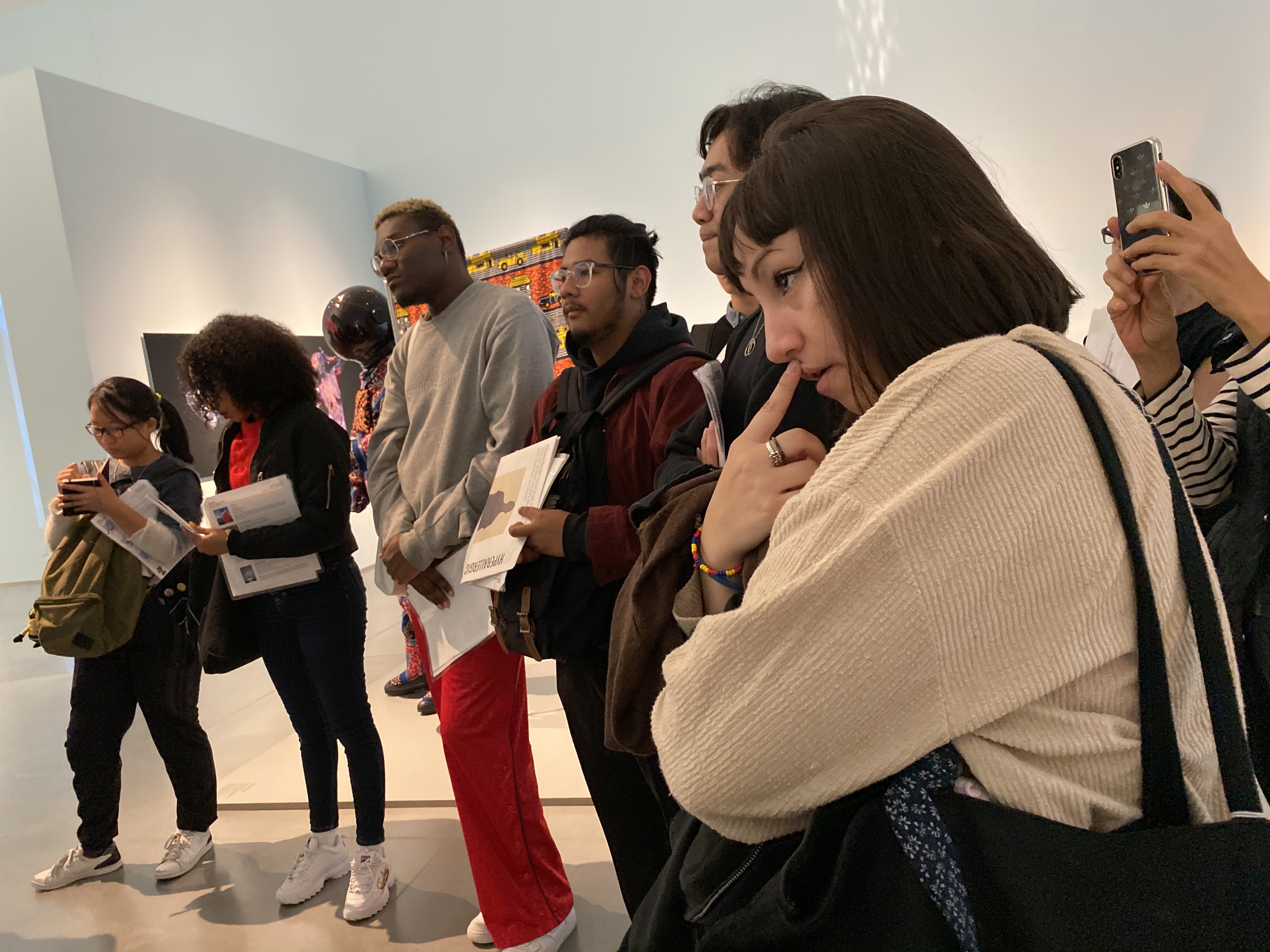 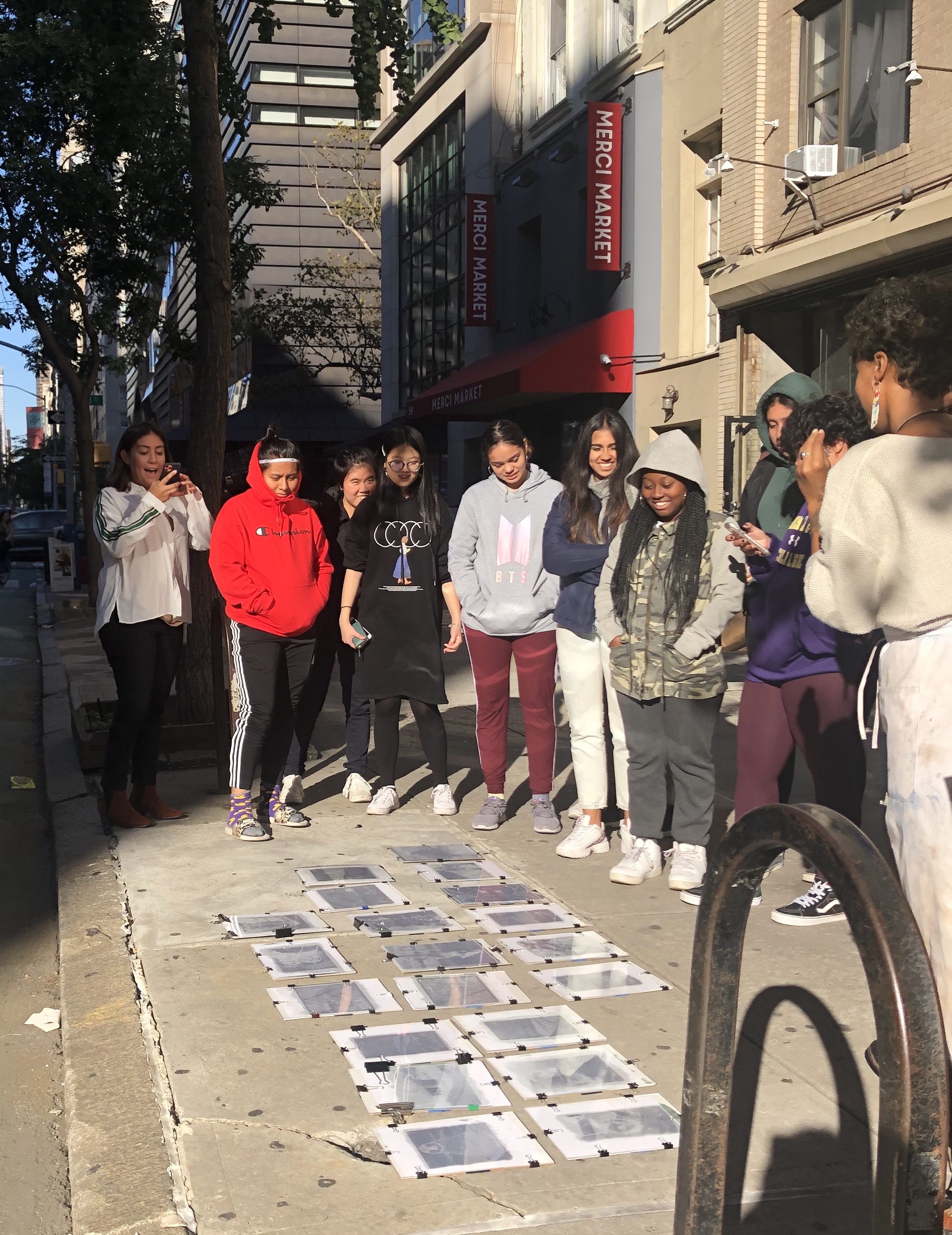 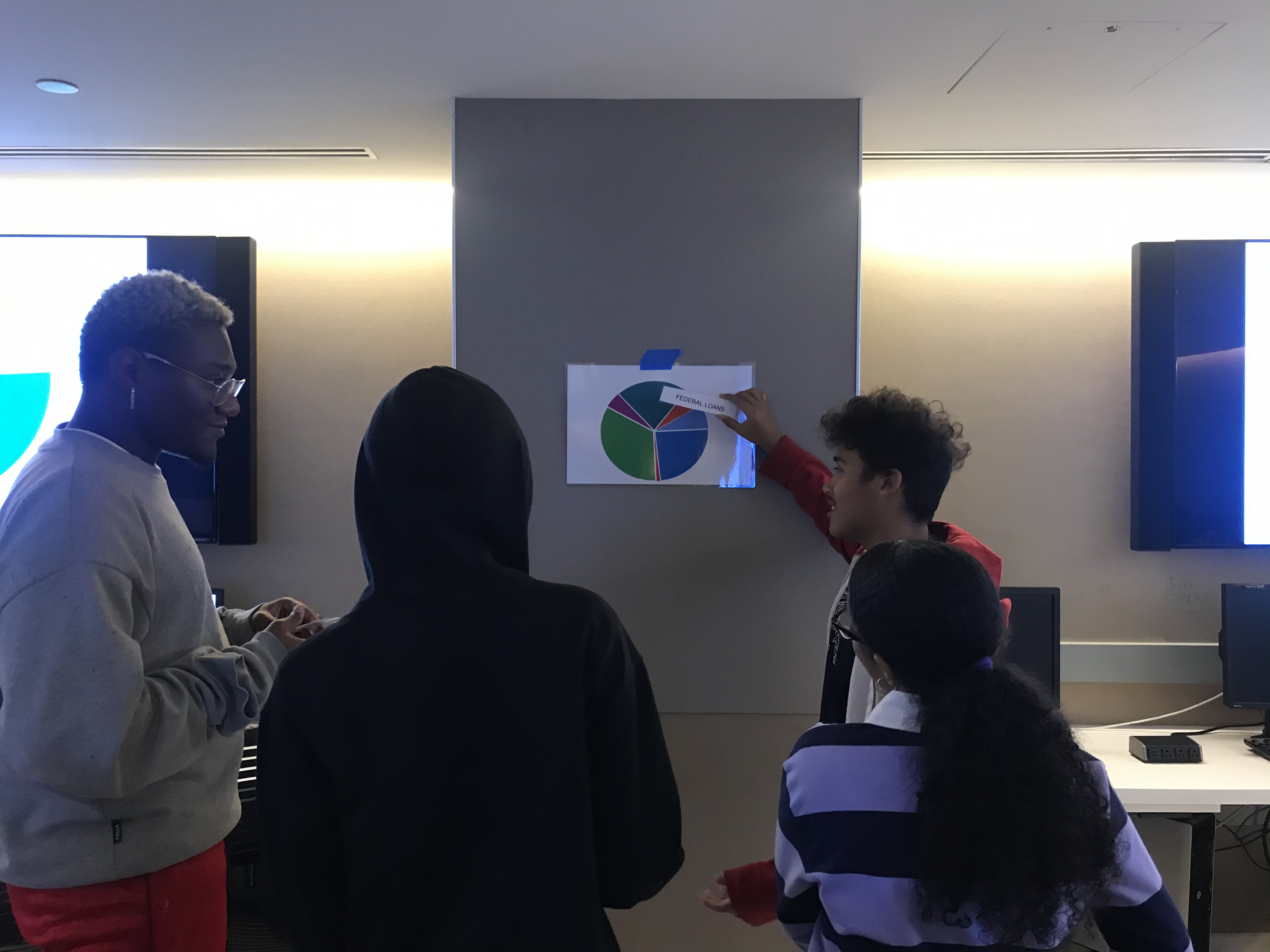 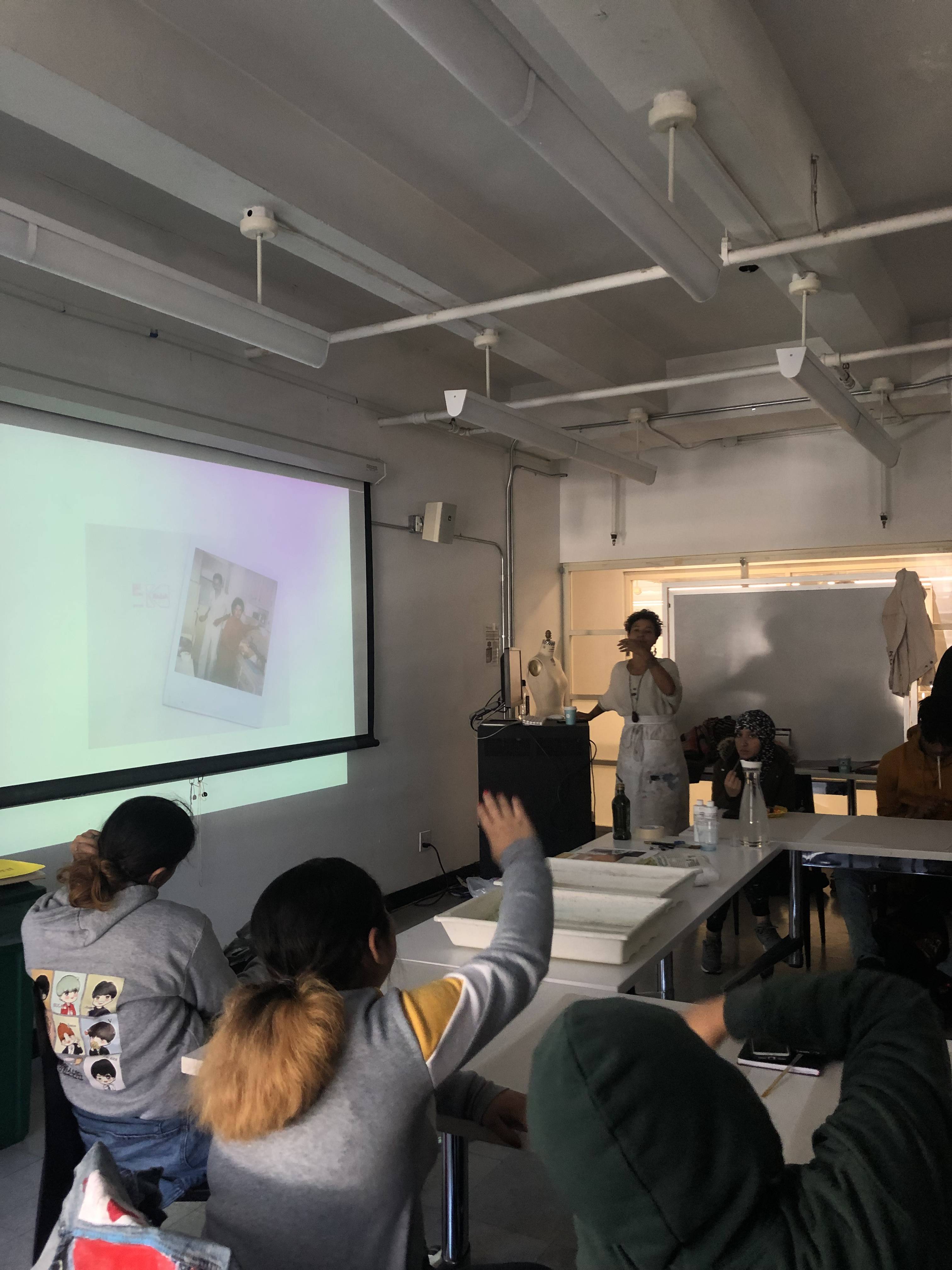 This week, Juliet led another college access workshop focusing on financial aid. She first started with a small game where, in groups, the scholars had to decide which types of ways to pay for college go on a pie chart. Next, Juliet went over the cost breakdown of a CUNY, a SUNY, and a private school’s cost of attendance and had the scholars write on different colored post-it notes examples of direct costs of school and costs that don’t go to schools, but are a factor in college. The scholars then created their own FSAIDs and explored College Greenlight in search for scholarships. Once they completed their guided tasks, they spent the final half hour of the workshop going through a guided self-care meditation led by Juliet.

In the afternoon, scholars met back up with Jeanette, who spoke to the group about her practice as a photographer, showing them photos of her family and how her work reflects her personal beliefs.

Jeannette then led a workshop to make cyanotypes with students’ preselected and printed photos. With guidance from Jeanette, the scholars mixed the right chemicals, coated their sheets of paper, assemble their contact printers, went outside for twenty minutes to expose their images, and finally made their prints permanent using hydrogen peroxide and water.

The interactiveness of the workshop helped scholars to notice the importance of process in their work, and the conceptual strength that exists in Jeannette’s work was essential for the scholars’ to notice the role of identity in art, and youth advocates continue to pose the question “Who am I?” to the scholars.

This week in the Mentor Fellowship, they took a field trip to see the exhibit “Utopian Imagination”  at the Ford Foundation. The exhibition takes the work of 13 artists from a variety of life experiences and intersecting identities being Black, Muslim, LGBTQIA+, indigenous, feminist amongst others and bring them together to imagine an idyllic future based in love, solidarity and creativity. It is the closing show out of a series of exhibitions curated by Jaishri Abichandani, the first being “Perilous Bodies”  which sought to analyze injustice through the intersections of race, gender, ethnicity and class. The second being “Radical Love” which looked at this analysis and responded to it with love as a solution to the violence placed on said bodies. Scholars were able to participate in a talk with her going over the ideation of the exhibition series, the connections between the artworks in the exhibition and how they respond to the central theme of the series.

An artist featured in the exhibition, Saks Afridi, was able to speak to the scholars about his own process behind his work. The work called, Space Mosque, imagined a world in which a spacecraft in various forms depending on a person’s biases, appeared in front of everyone on earth and granted a prayer every 24 hours. The work was spawned by the question, “If all your prayers were answered, would it change the world or just yours?”. He took a variety of influences from Islamic architecture and mythological stories to science fiction such Arthur C. Clarke’s, Childhood’s End. Scholars asked questions about the mechanics of his pieces and the tools he used to create the effects seen in his pieces.

The scholars were also able to view the sensory garden integrated into the Ford Foundation building. The garden contains 39 species of plants that all visitors are able to touch and feel. It was a truly enriching experience and the mentors will continue the conversation around this exhibition in next week’s class.