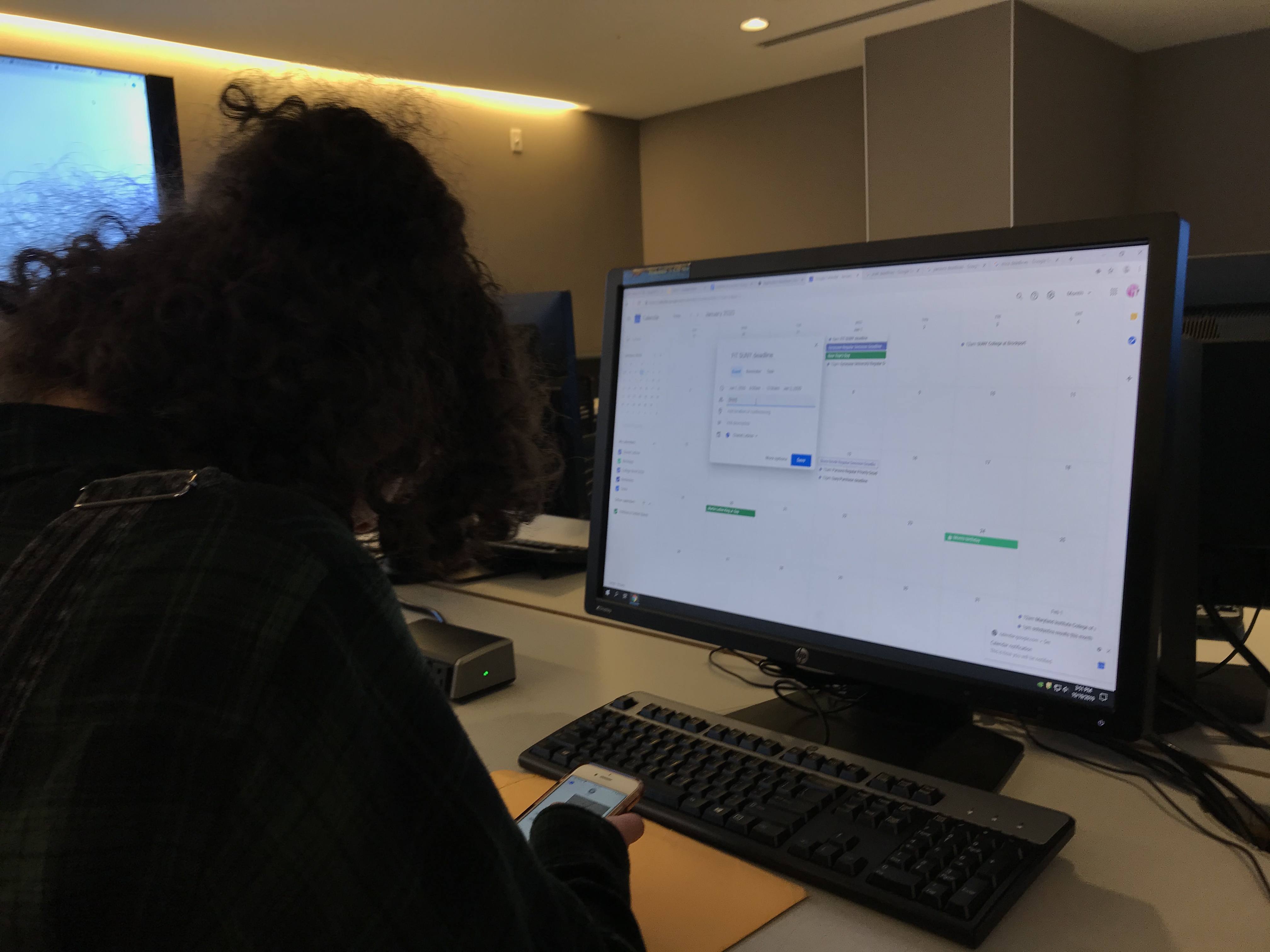 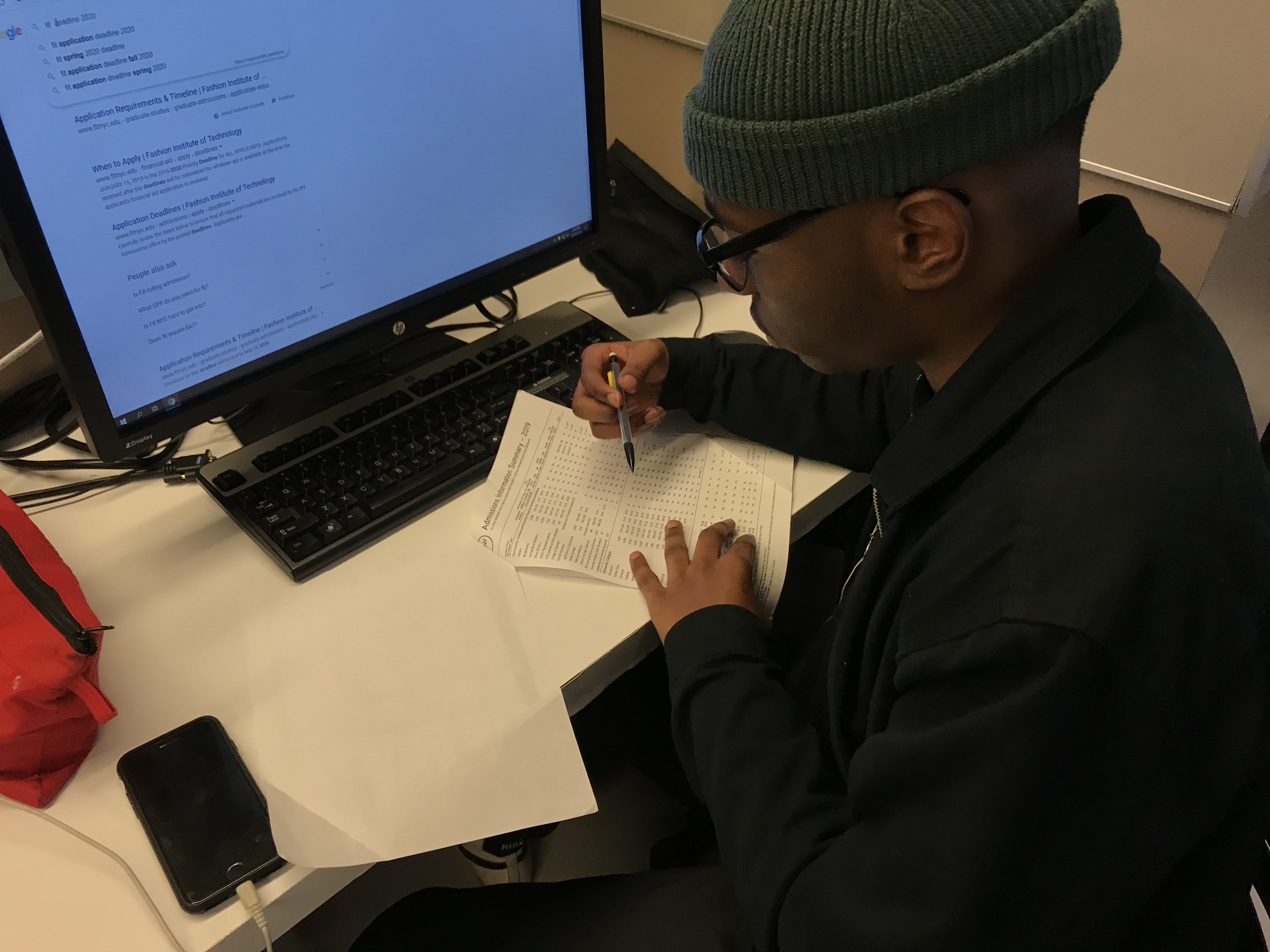 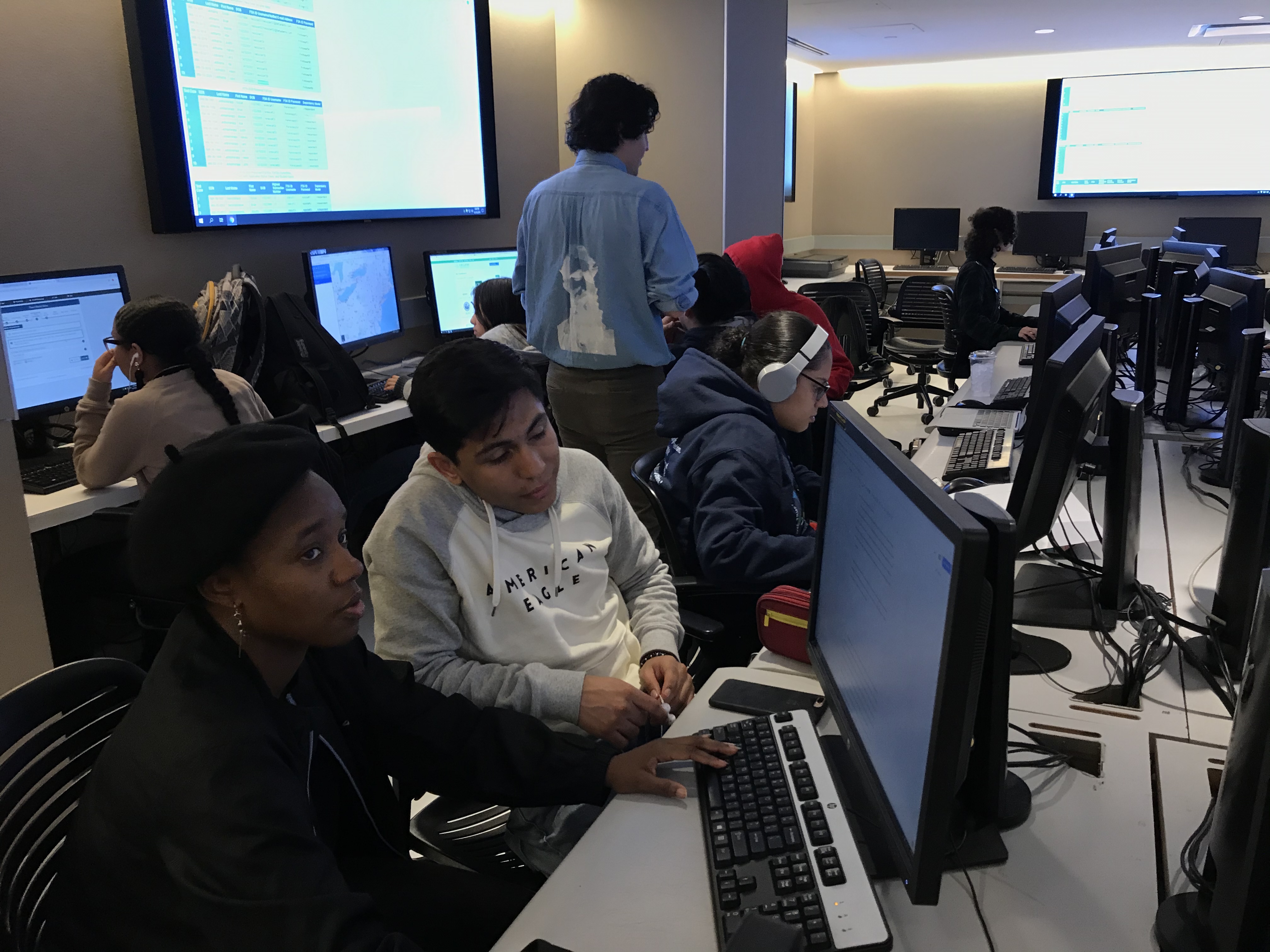 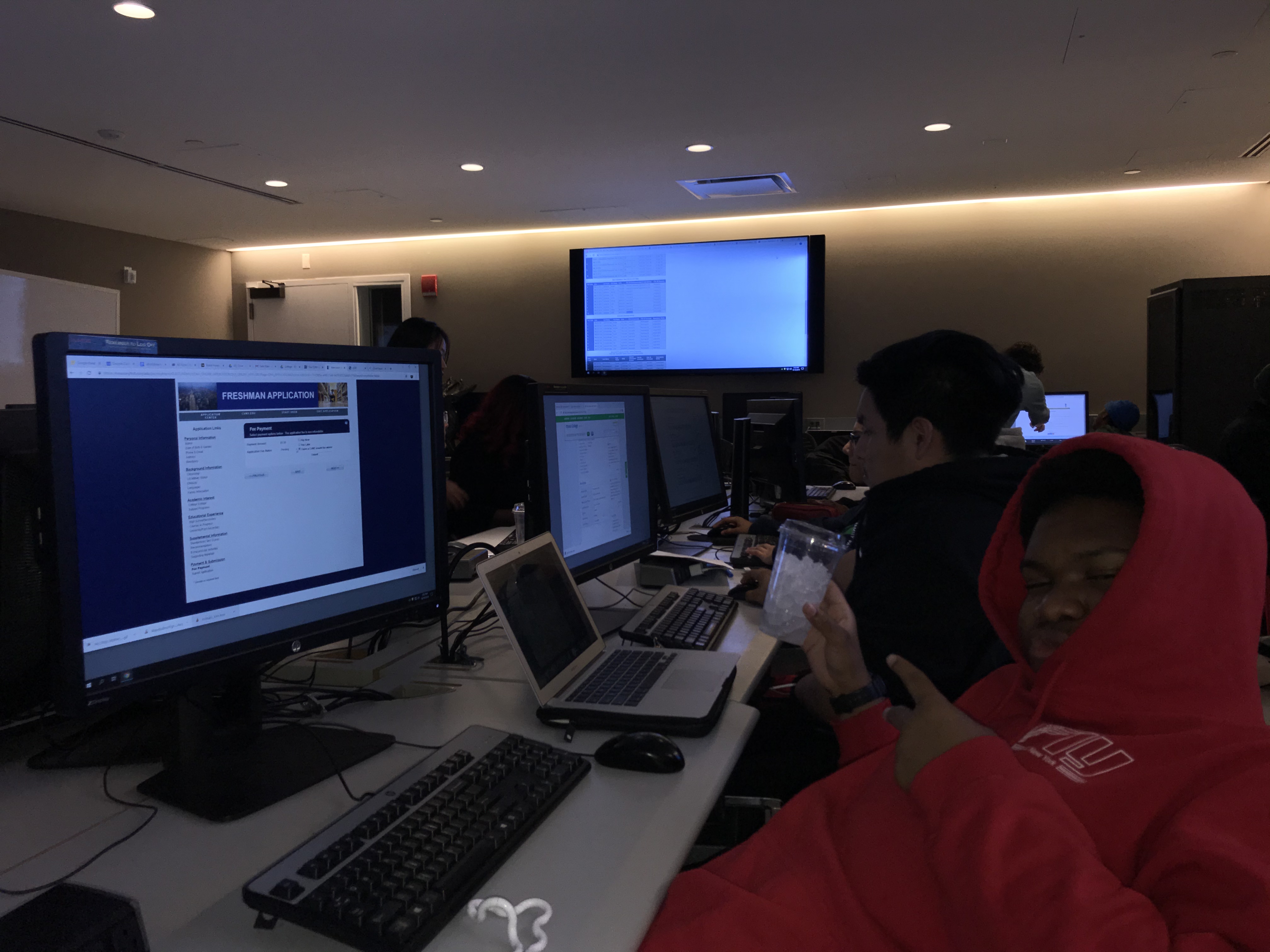 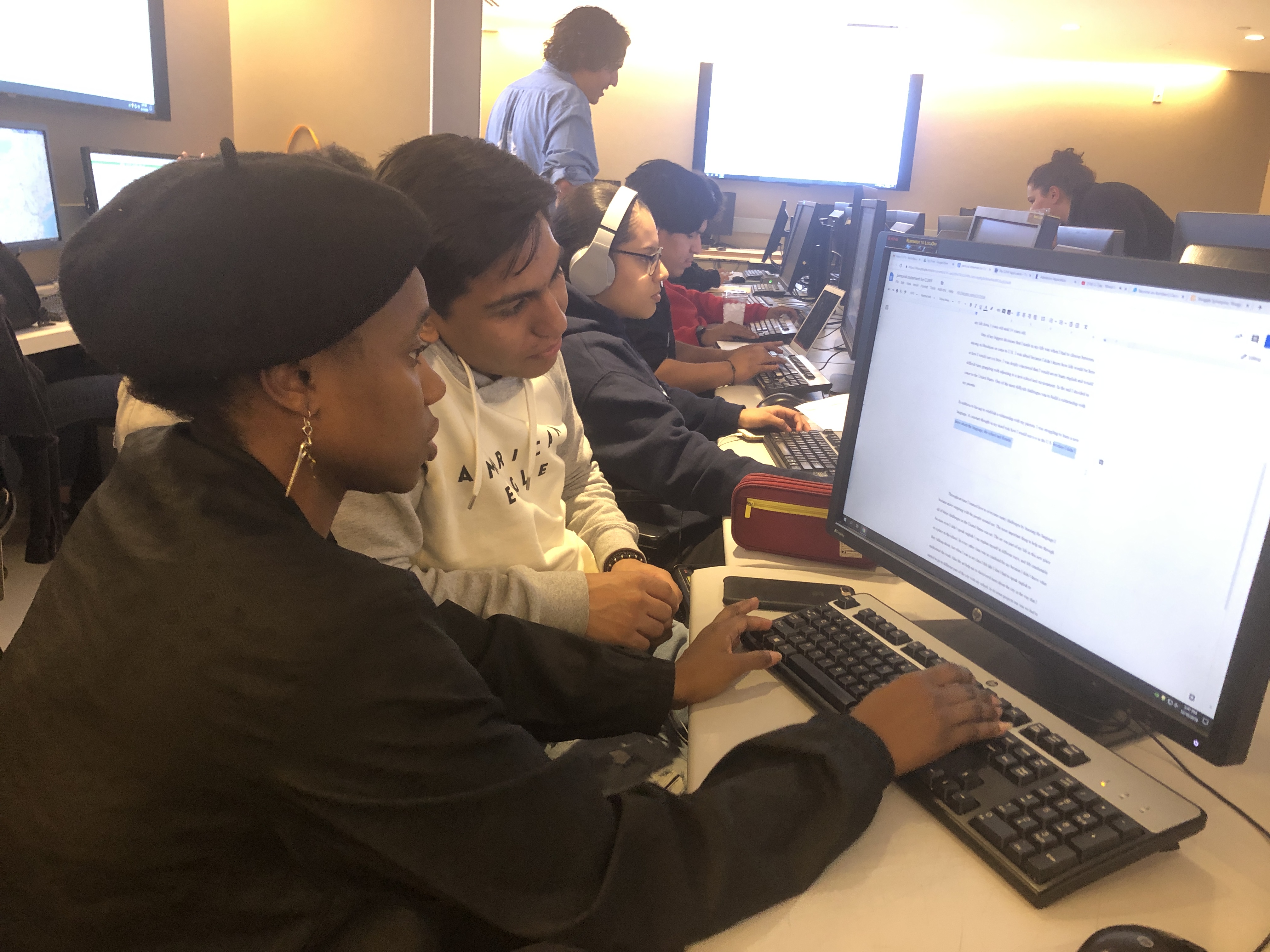 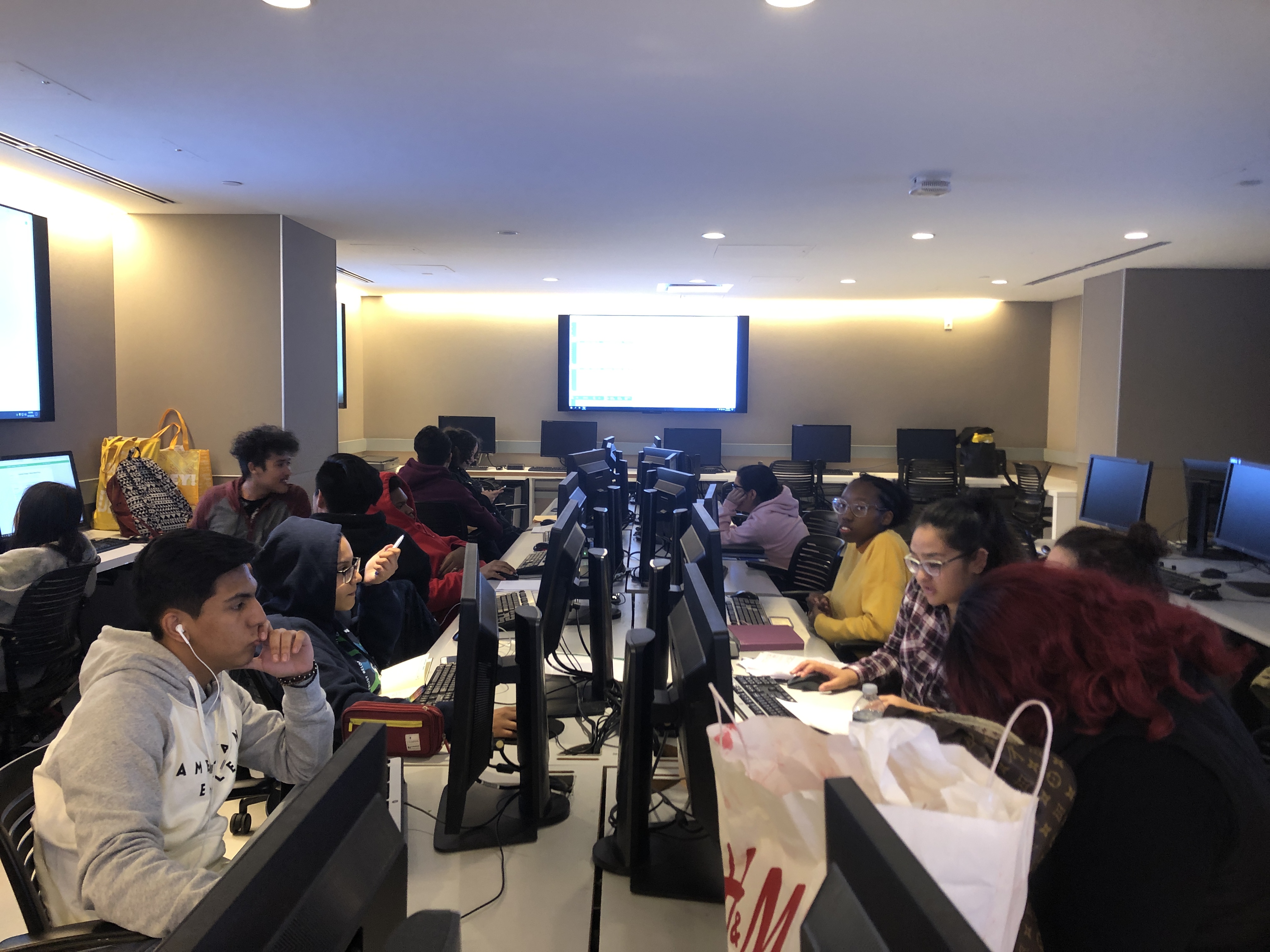 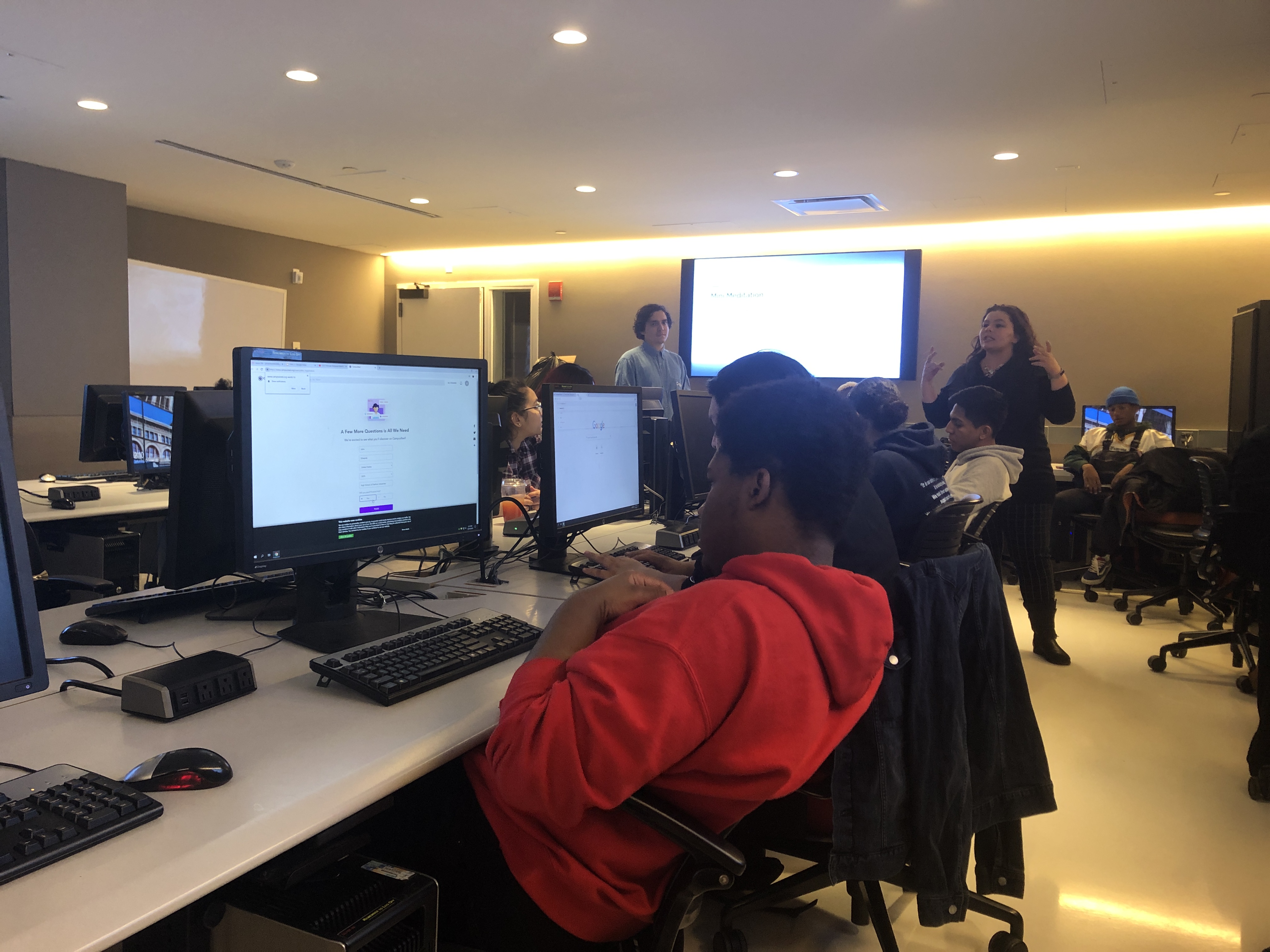 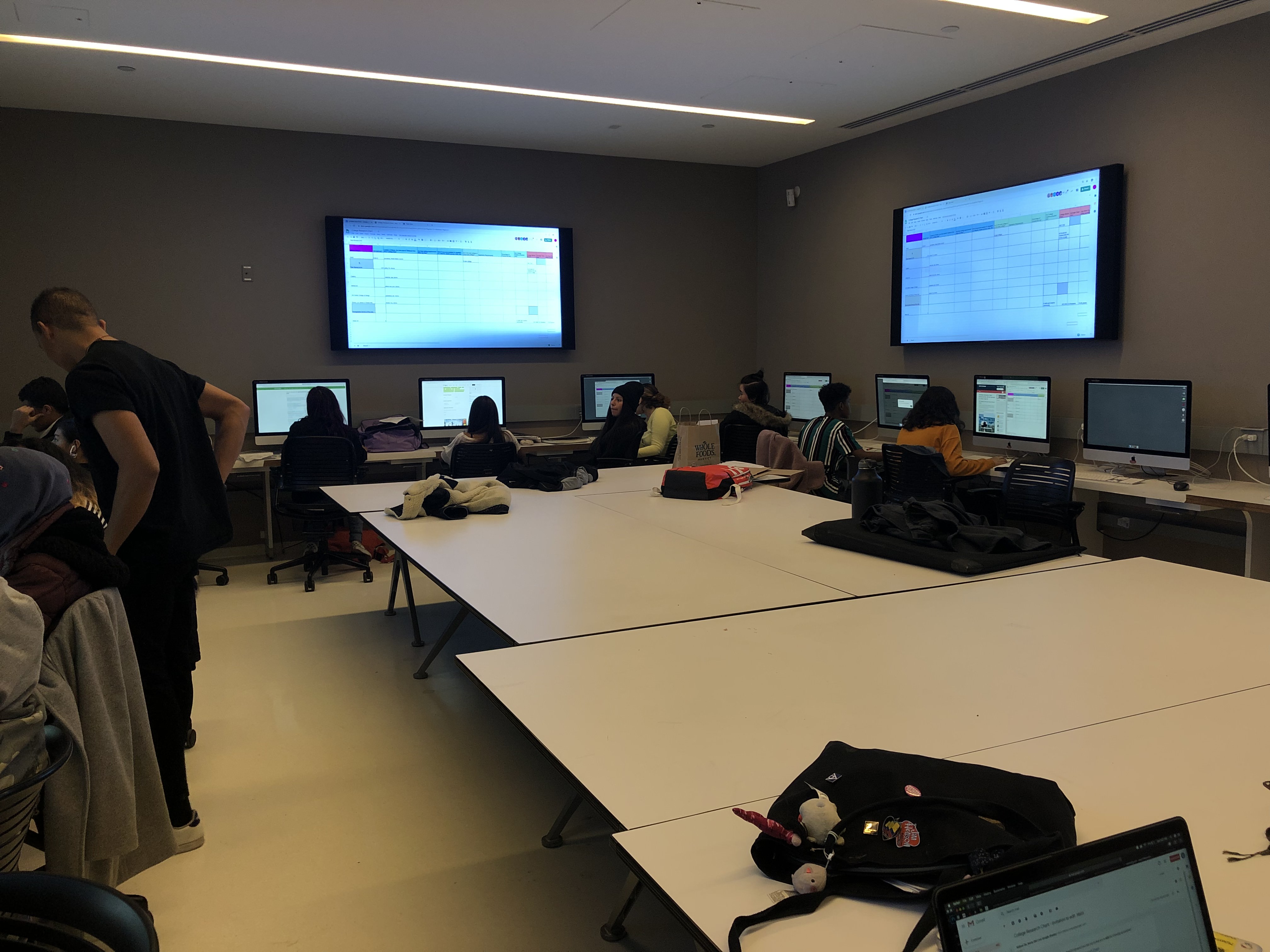 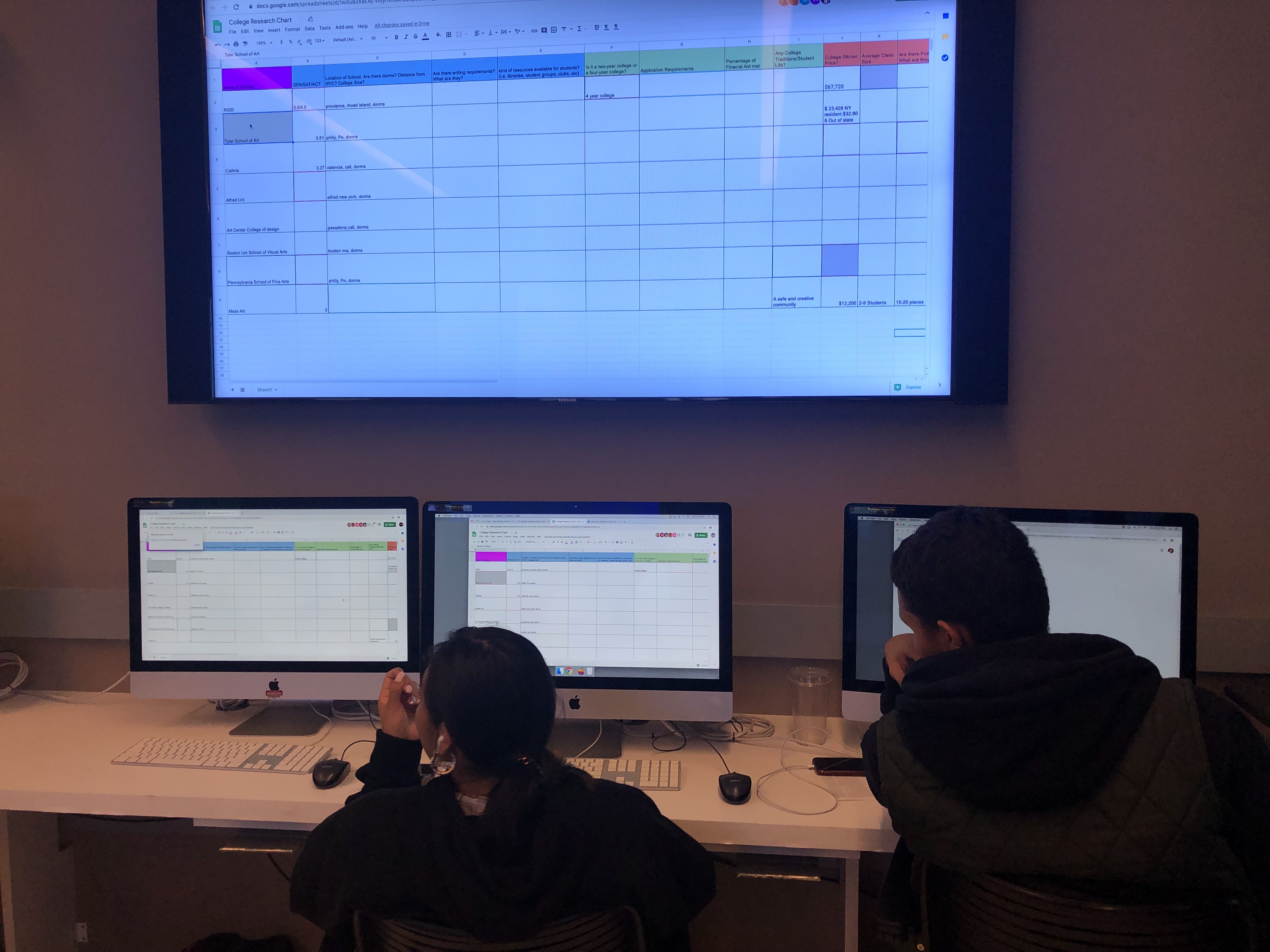 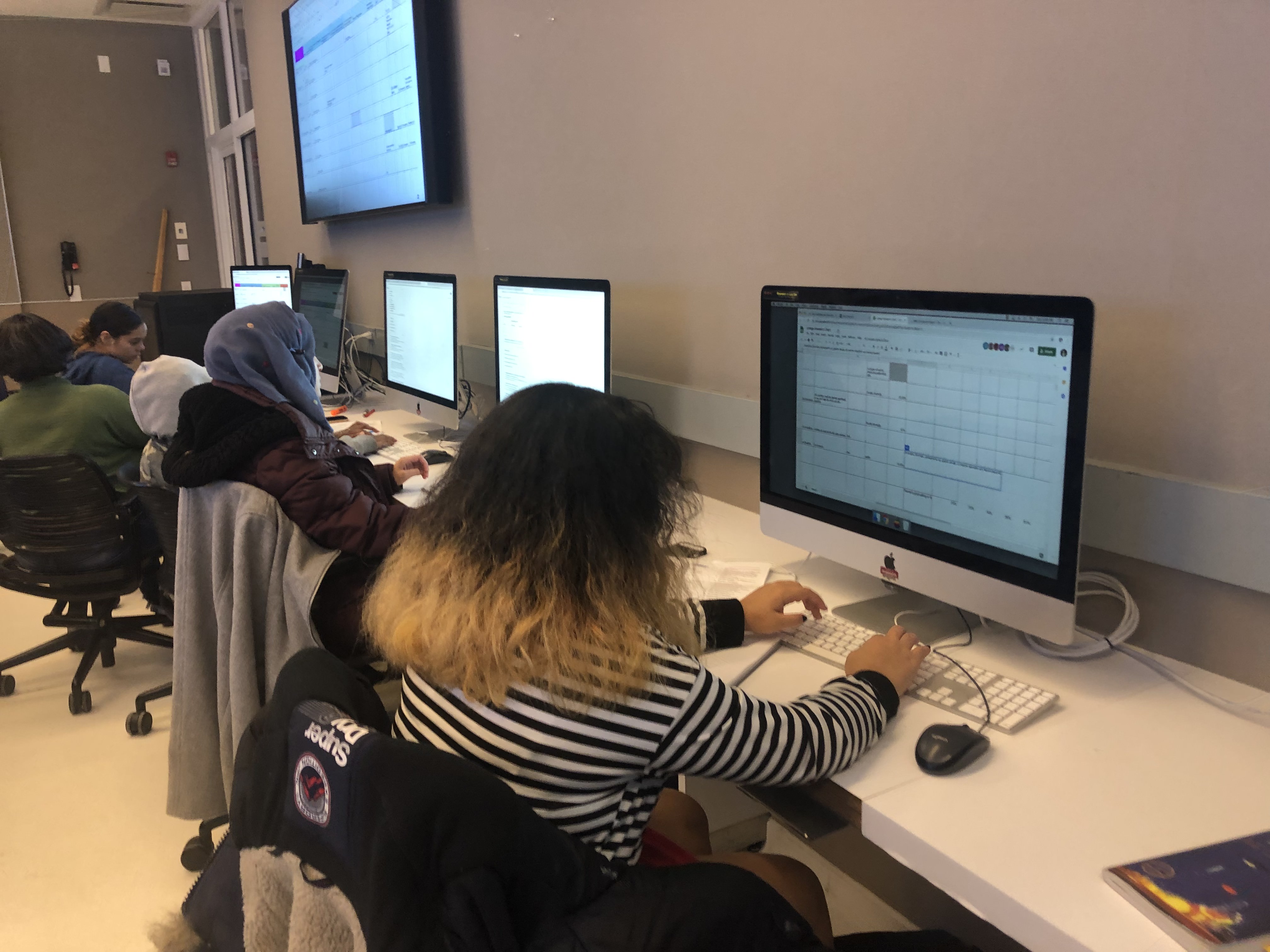 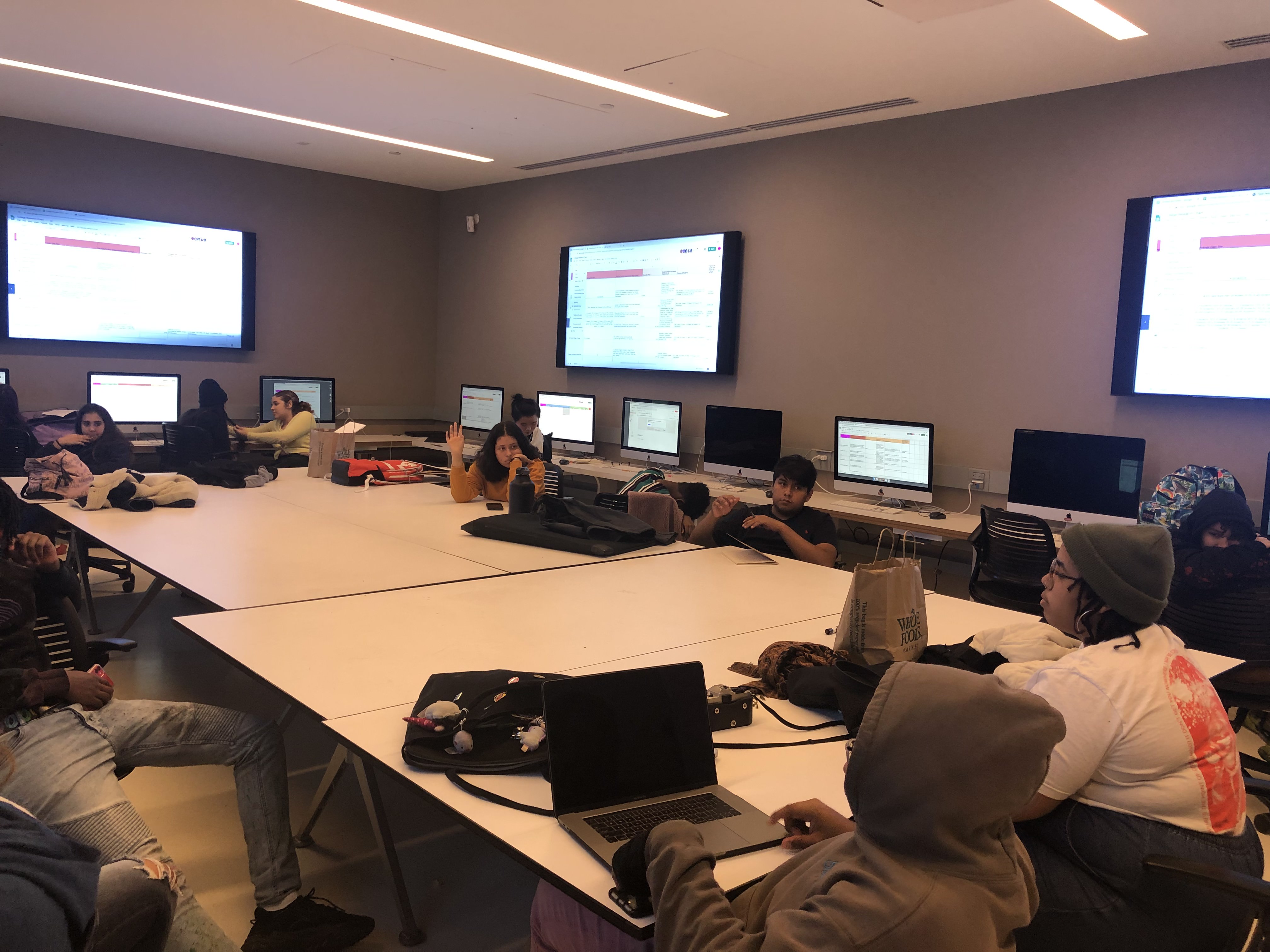 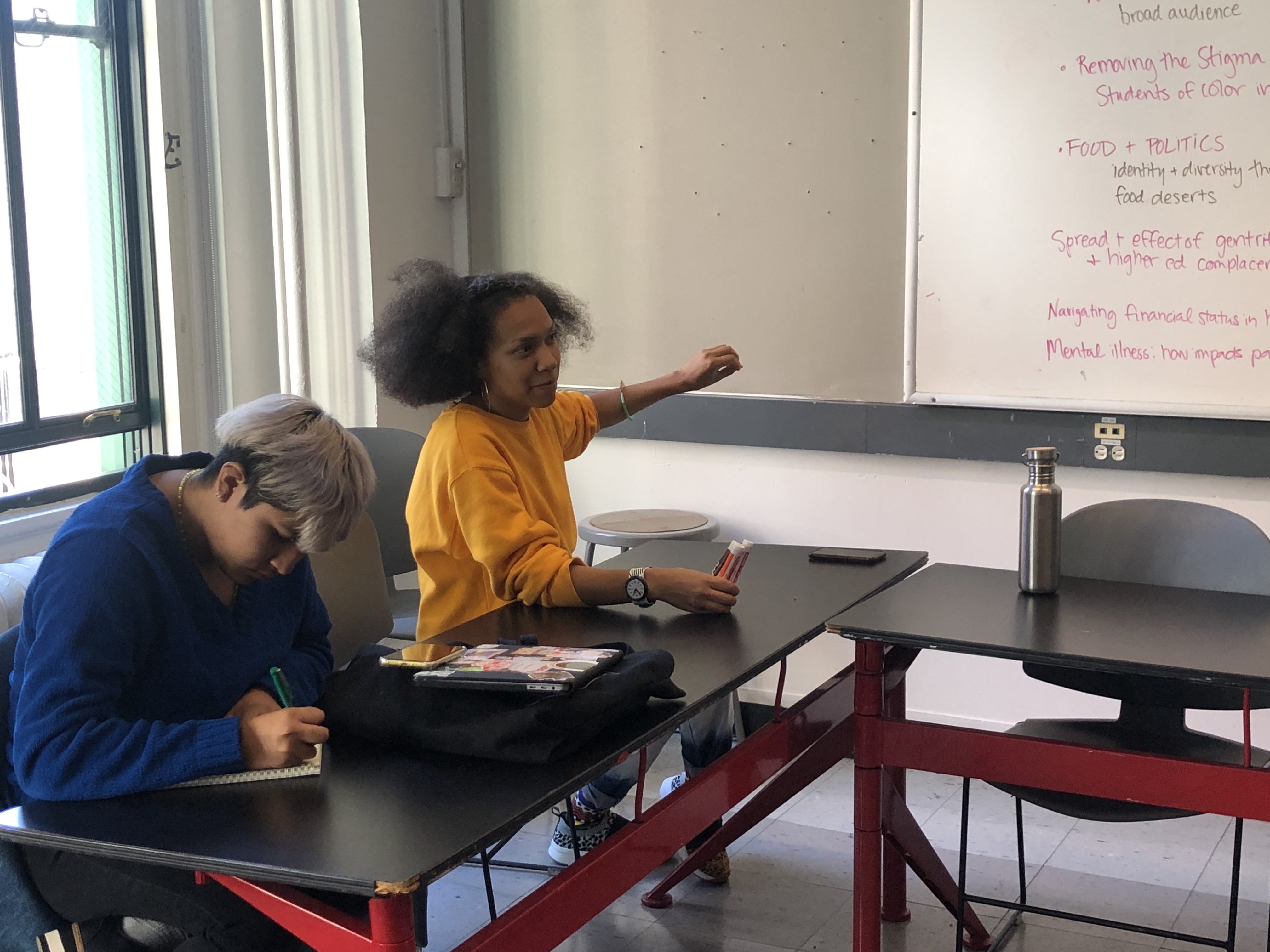 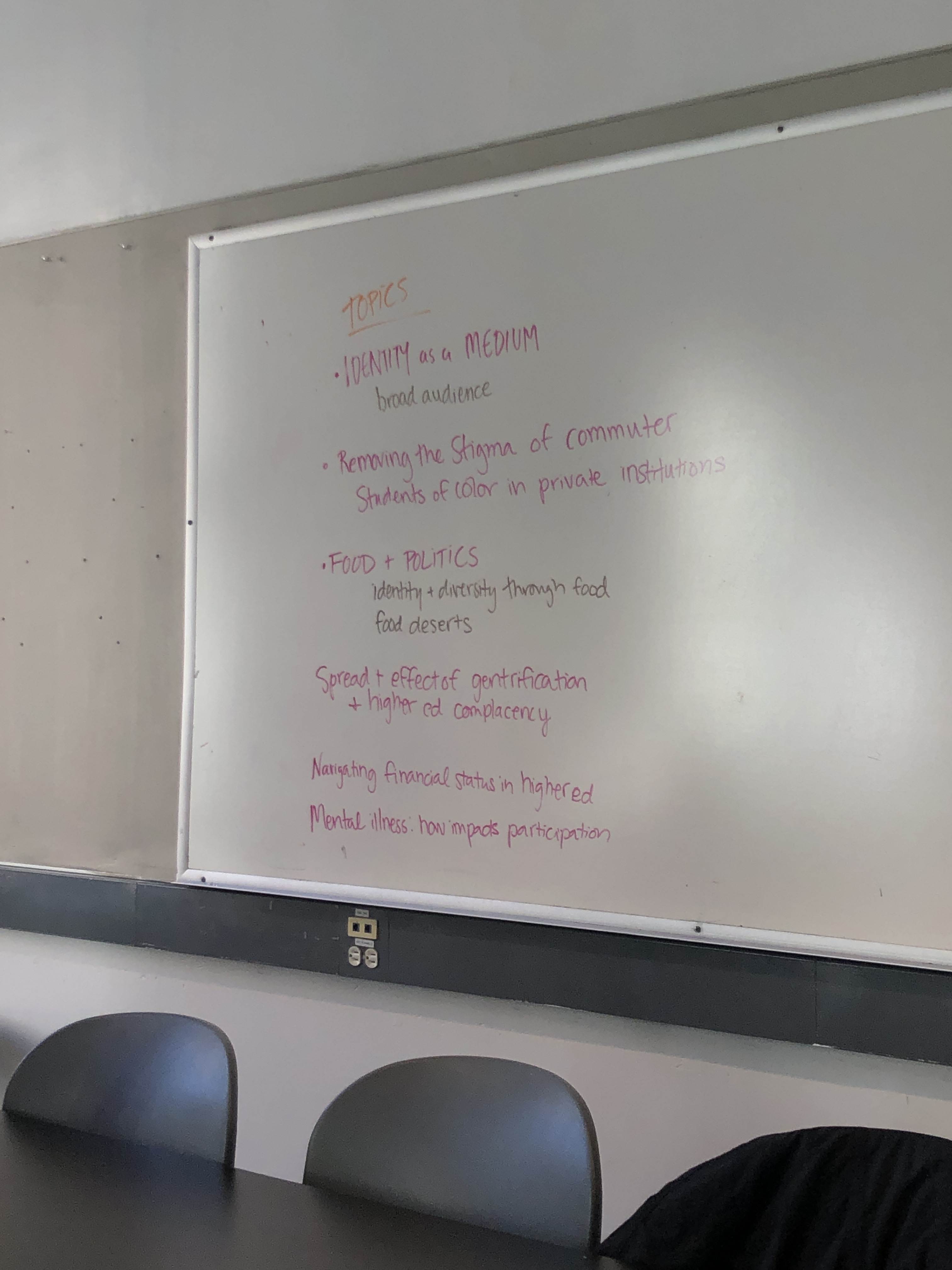 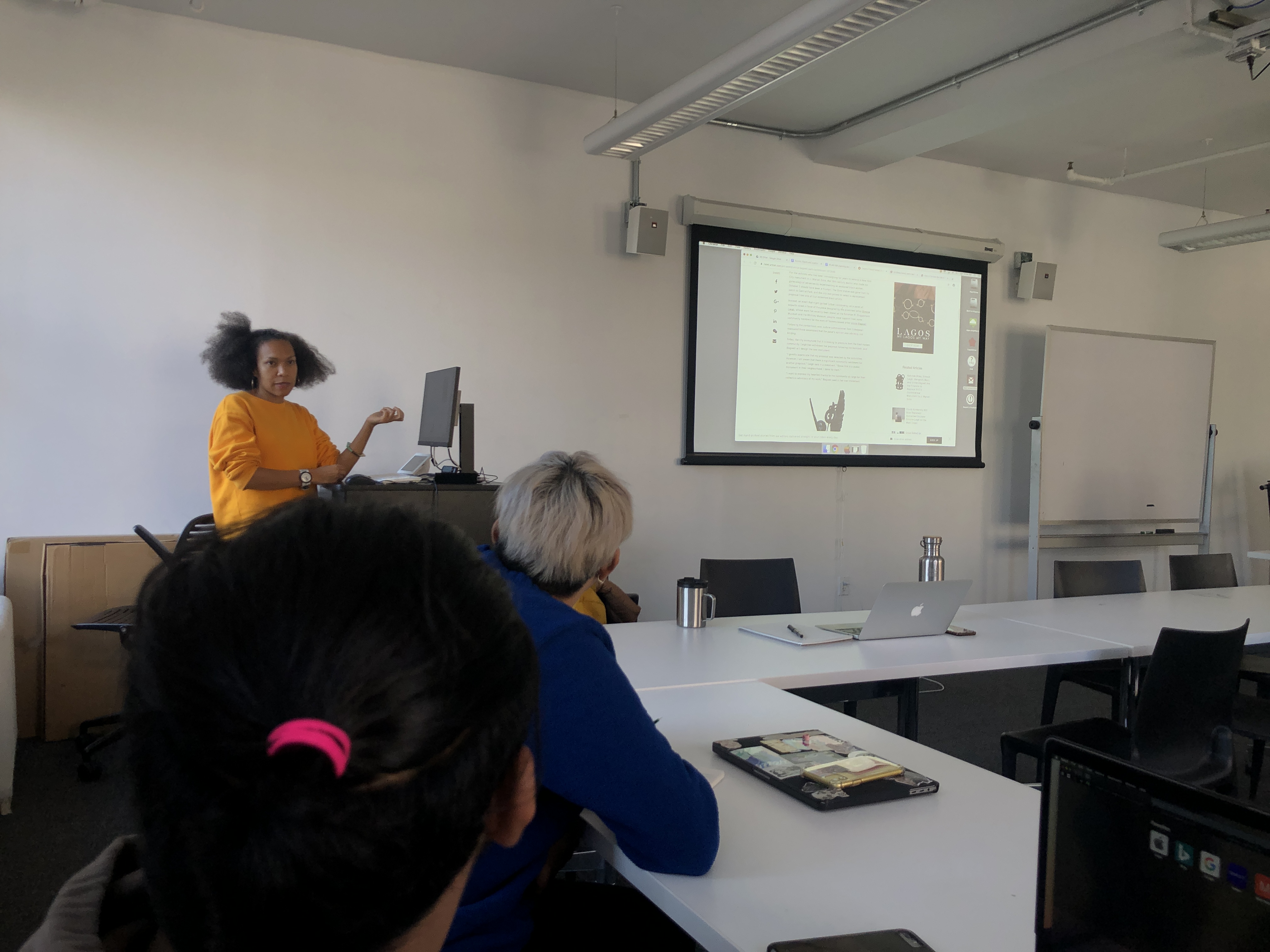 Juliet led this weeks FAFSA activity with the Seniors in which she and the youth advocates and mentors came together to support scholars who needed help completing their FAFSA. Scholars who already completed their FAFSA spent this time researching eligible scholarships they can apply for, researching colleges, filling out college applications, or working on their portfolio for next week’s National Portfolio Day. When the scholars all completed their FAFSA, they worked on organizing their portfolios for next week. They were tasked with identifying and selecting their favorite pieces and best work that they wanted to present to schools. They spent the rest of the session putting the pieces in order and talking to mentors and advocates about their selections.

To build on last week’s discussion of college and National Portfolio Day (which is less than one week away!), the scholars met up after lunch in the computer lab to do extensive research on their colleges of choice.

Each scholar shared out their top 3-5 colleges of interest that will be presented next week to the class, and the mentors compiled the top 10 schools into a Google spreadsheet to group scholars interested in the same institutions together to fill out all the different details per school.

After the session was over, youth advocates briefed the students in what to expect next week for National Portfolio Day event at the Jacob Javits Center.

This week in the Mentor Fellowship, the mentors began class discussing their challenges concerning their roles within the Scholars Program. The question prompted the mentors to analyze the ways in which they interacted with the Scholars. From this they wanted to figure out how they could assist each other while facing these challenges. From this, the mentors moved into discussing current topics and issues within the Art world. One of these issues being Simone Leigh’s concession of her nomination to replace the statue of J. Marion Sims, a gynecologist who experimented on enslaved women, over to the publicly supported Vinnie Bagwell. Along with this, Margaret Chin’s backroom exchanging a vote for the Chinatown mega-jail for a community theatre to be utilized Museum of Chinese in America. This is just an example of how elected officials abuse their power and prioritize the enforcement of the current carceral system in America.

They took some time to delve into the discussion of fugitivity through listening to the podcast, “How the Survive the End of the World”, with guest Alexis Pauline Gumbs. The podcast made a connection between this concept and Harriet Tubman, and discussed how her role as a fugitive was a way of installing a new future for enslaved people. The mentors were prompted to build a connection between this concept and the work seen in Utopian Imagination, as well as through Kamal Badhey’s work in ancestry. The class ended of with the introduction of the National Concern on Race and Ethnicity (NCORE). The mentors looked into the steps necessary to propose a presentation and examples of previous presentations to see what new discussions they could bring to the table. Lastly, everyone collectively made a list of potential conferences and stated reasons for each why it’s important to bring to NCORE. Hopefully one of them gets chosen!