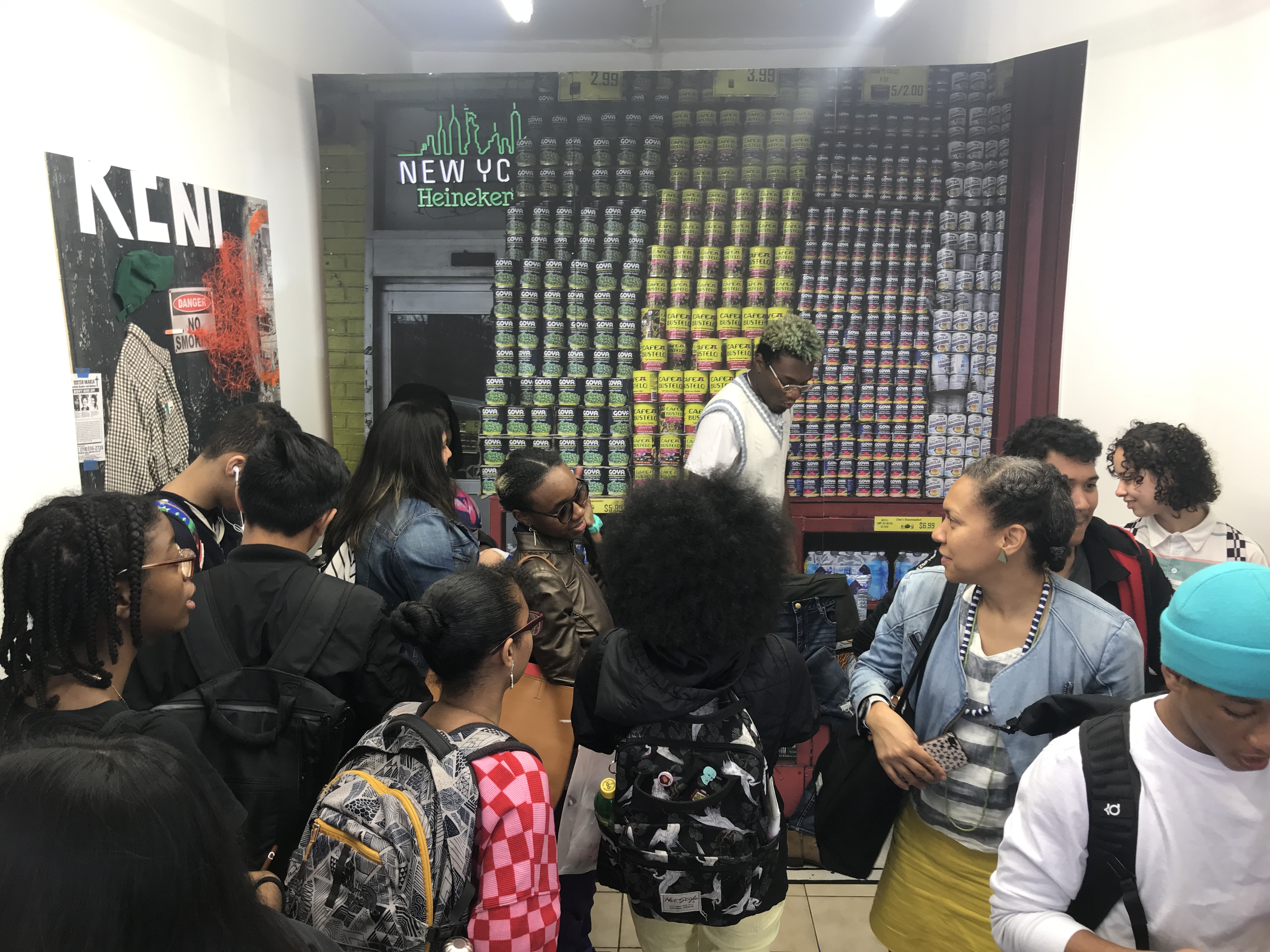 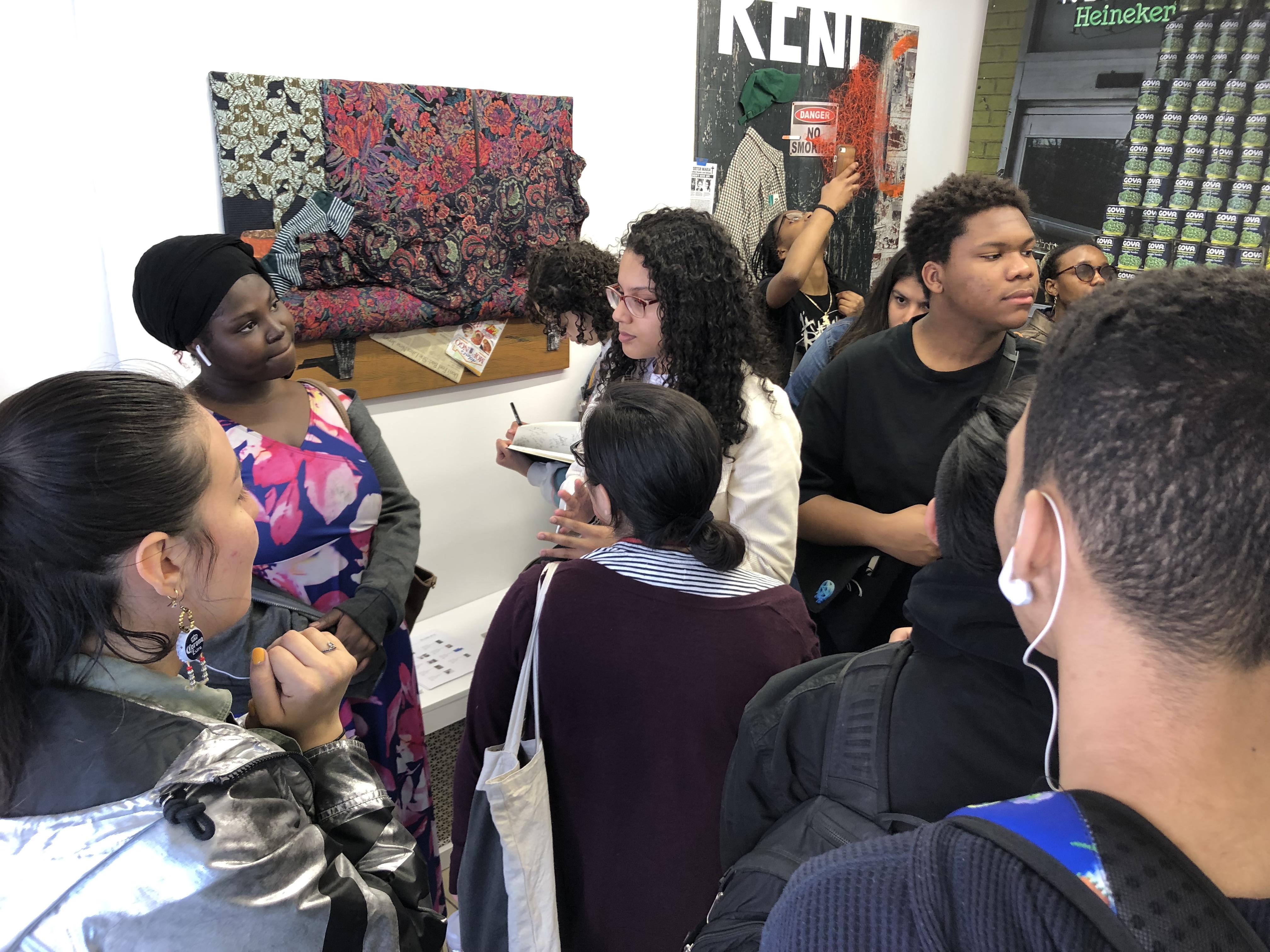 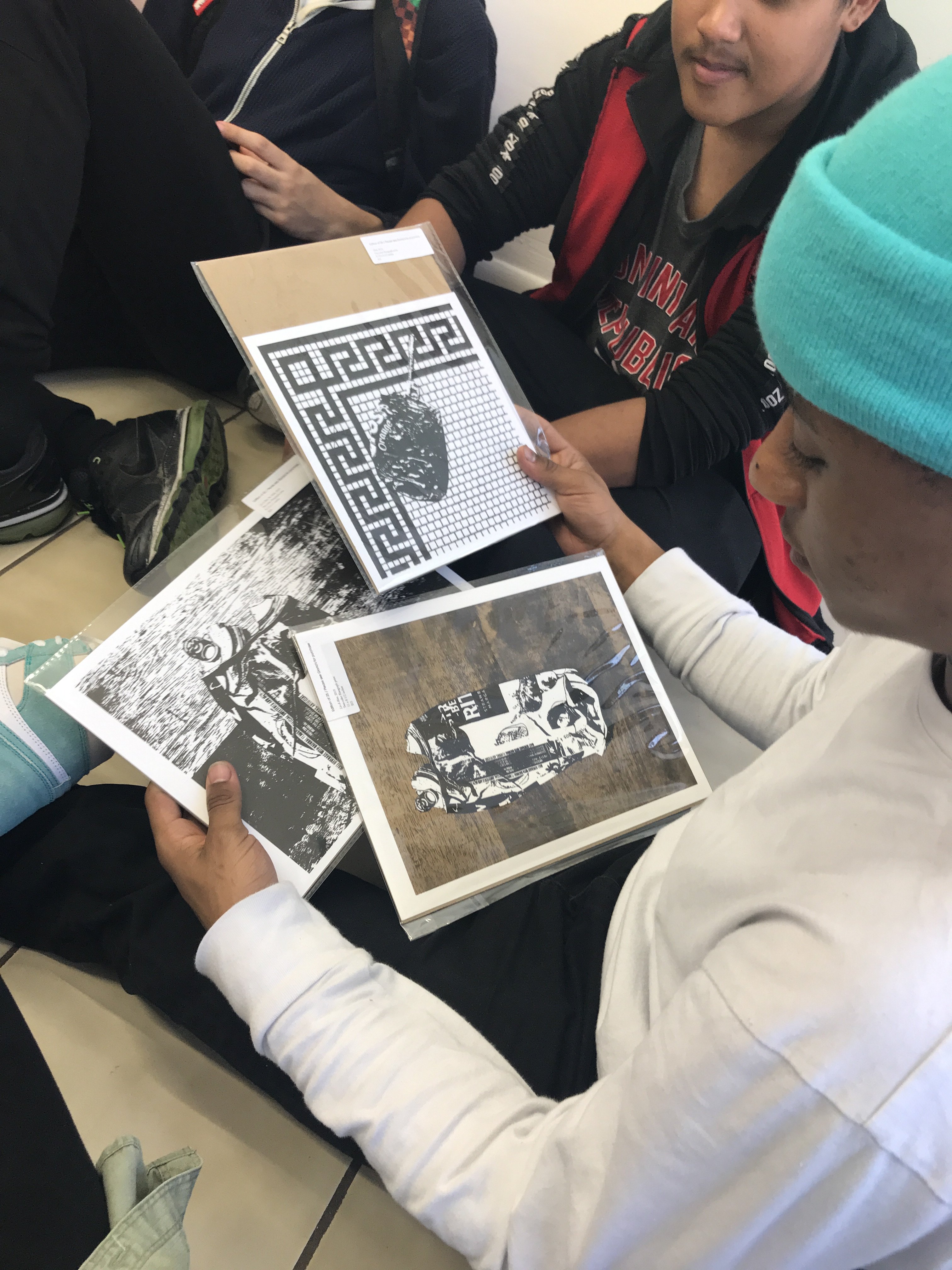 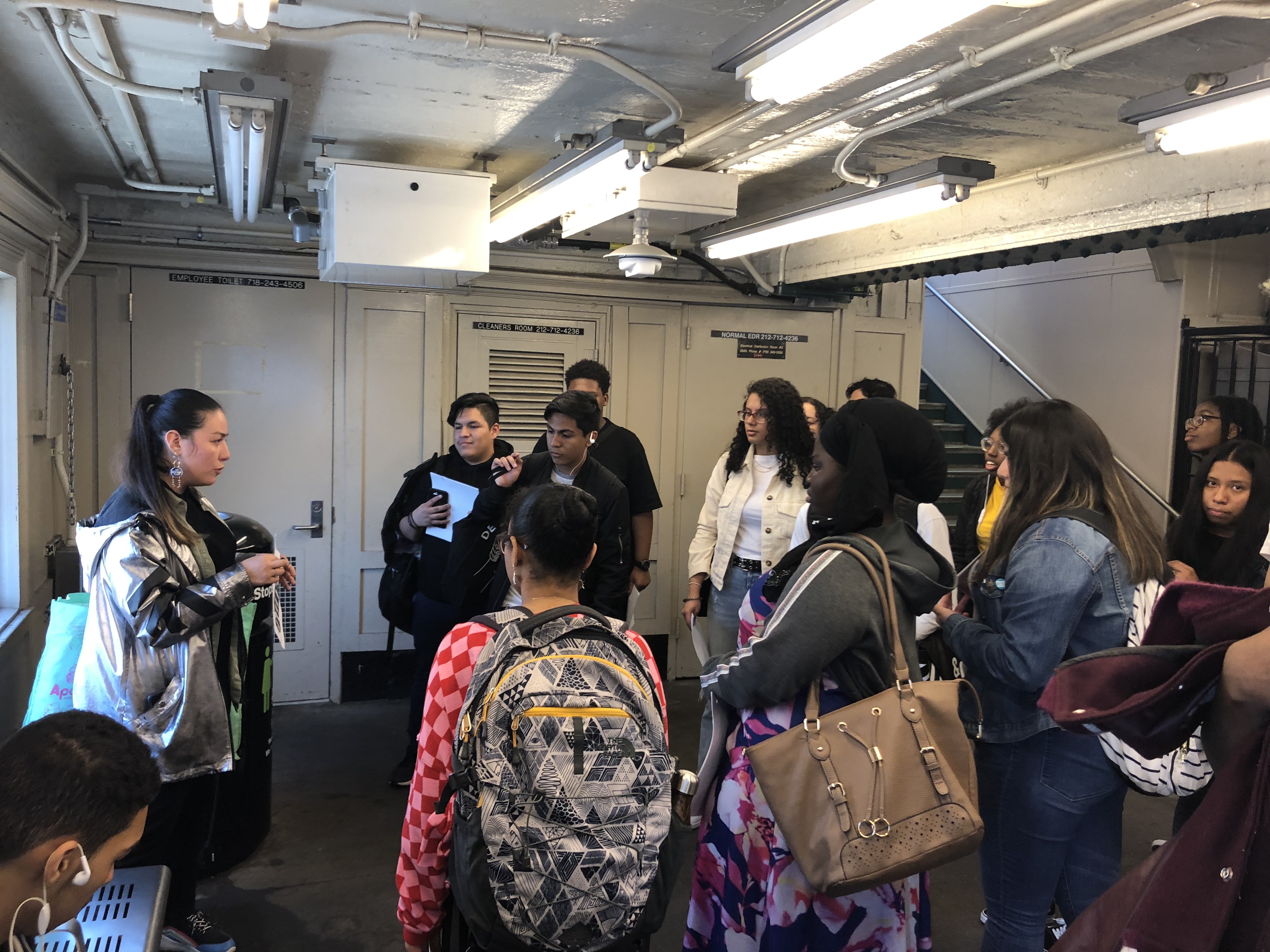 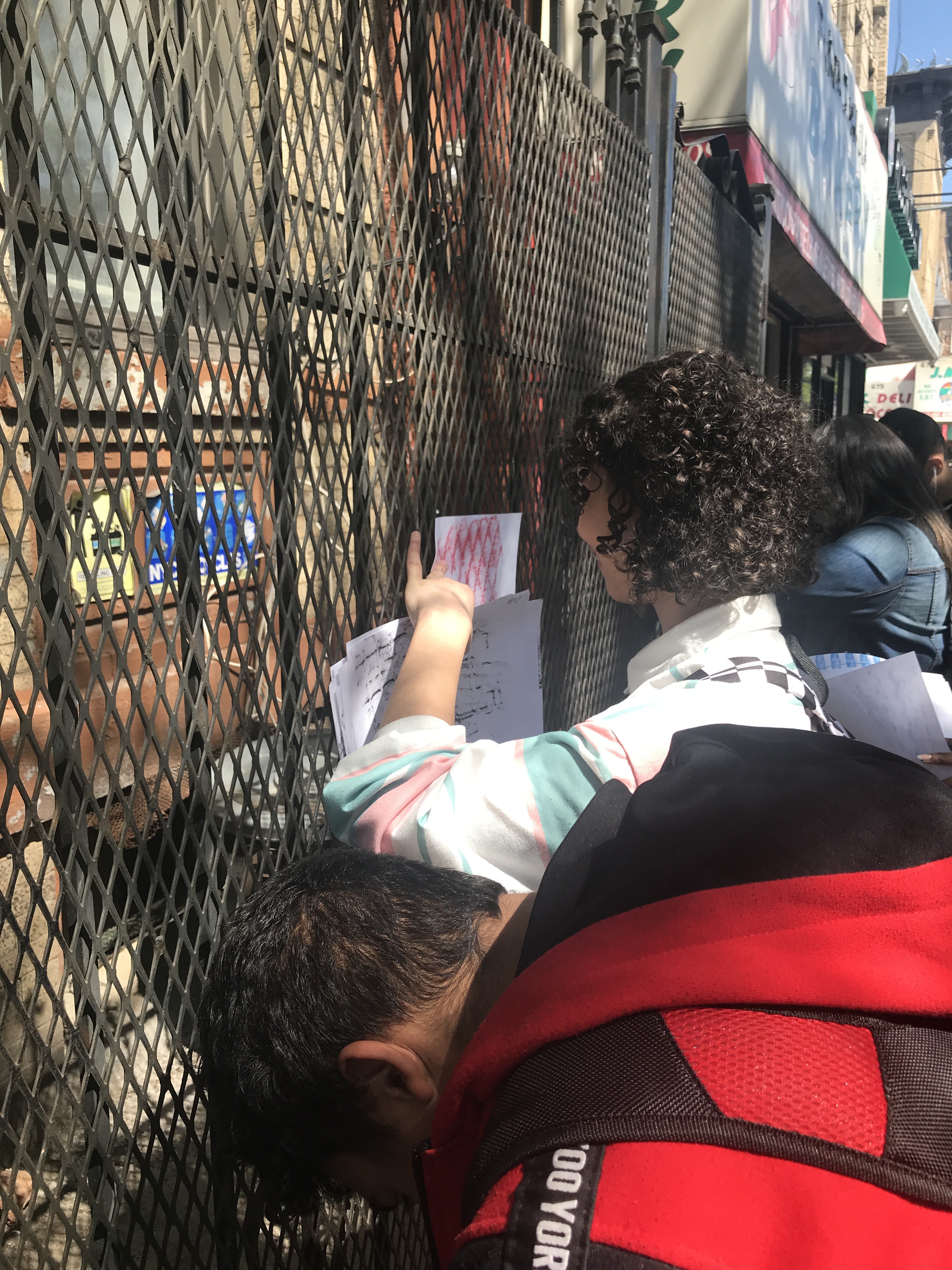 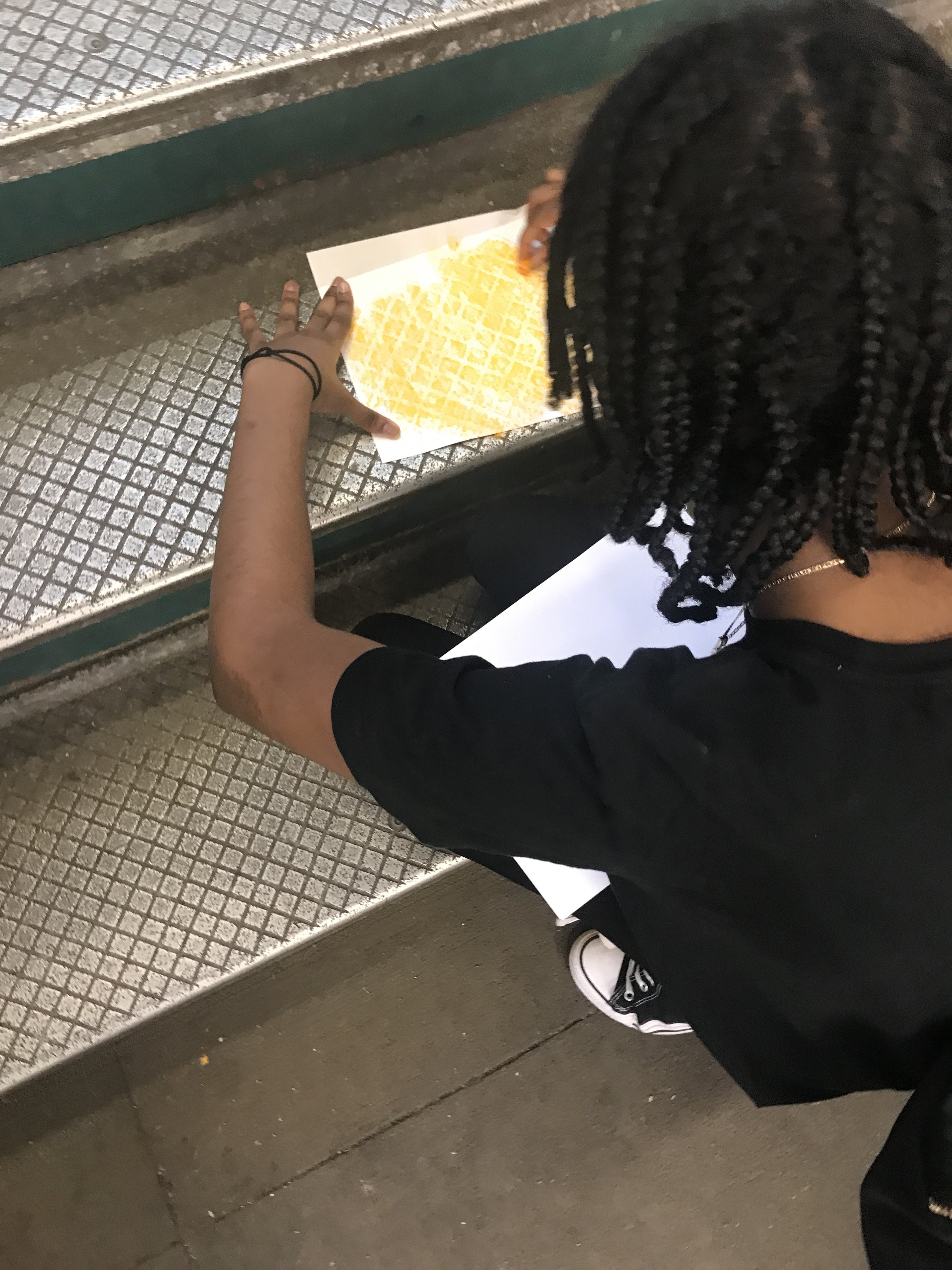 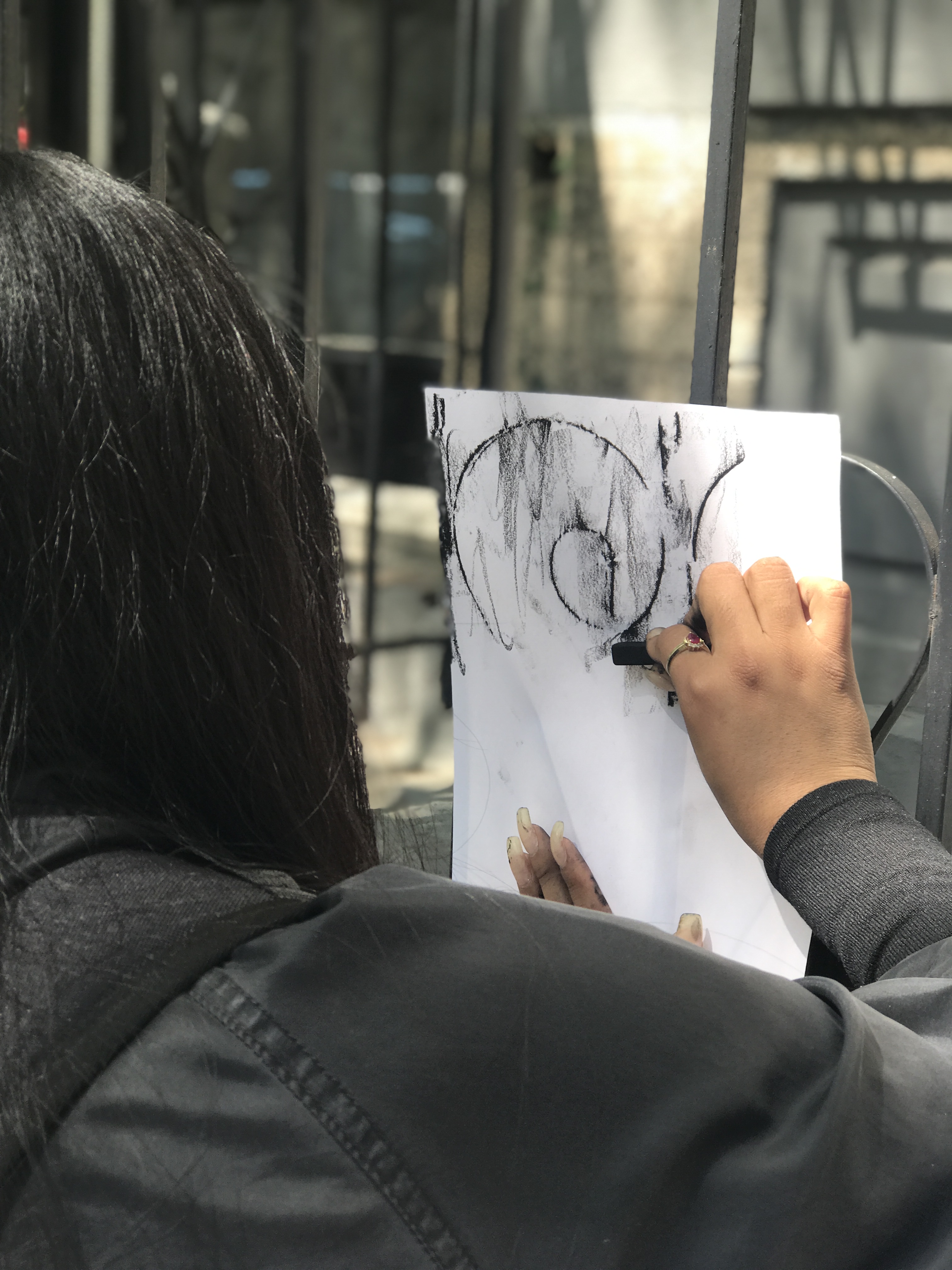 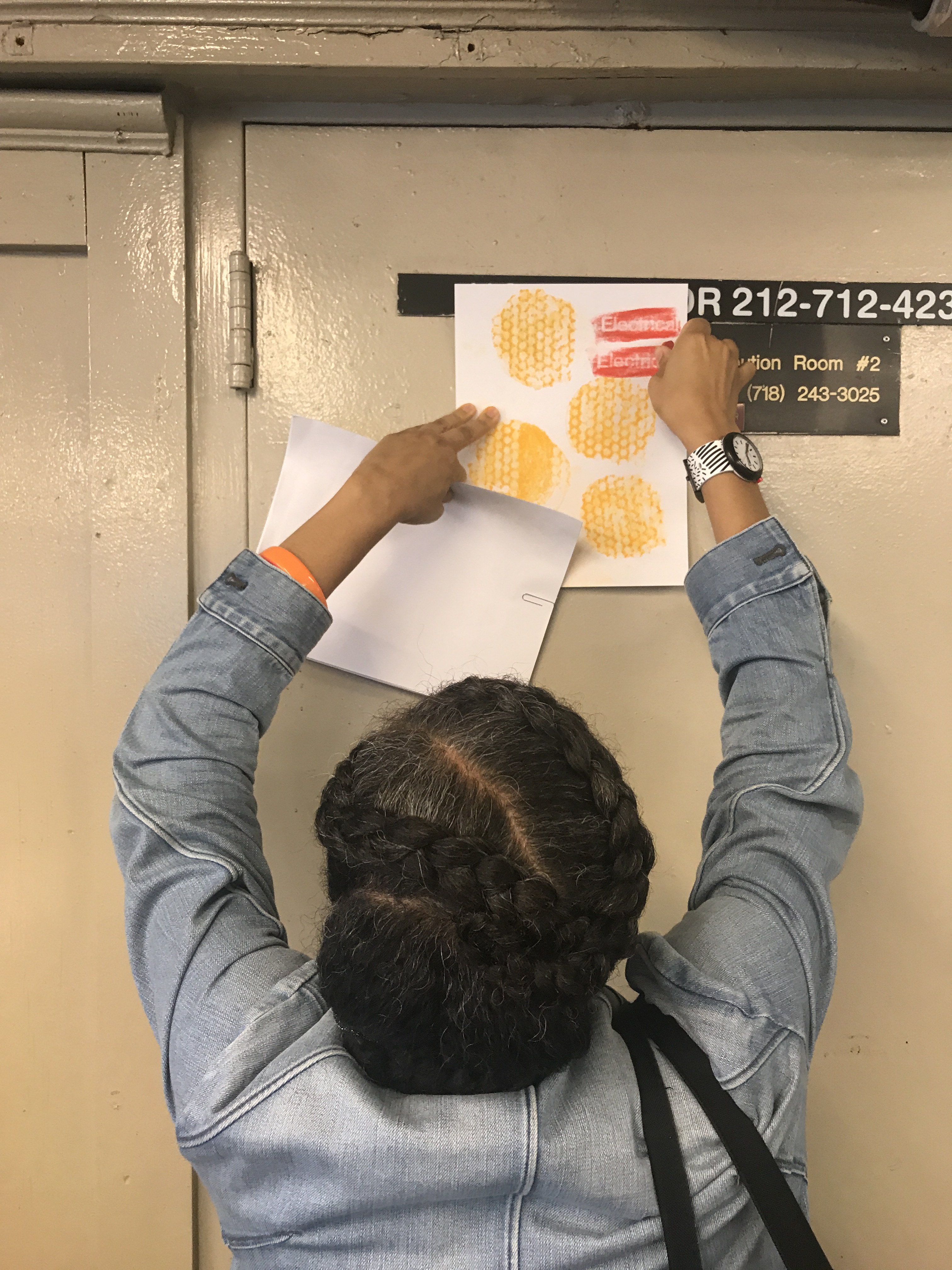 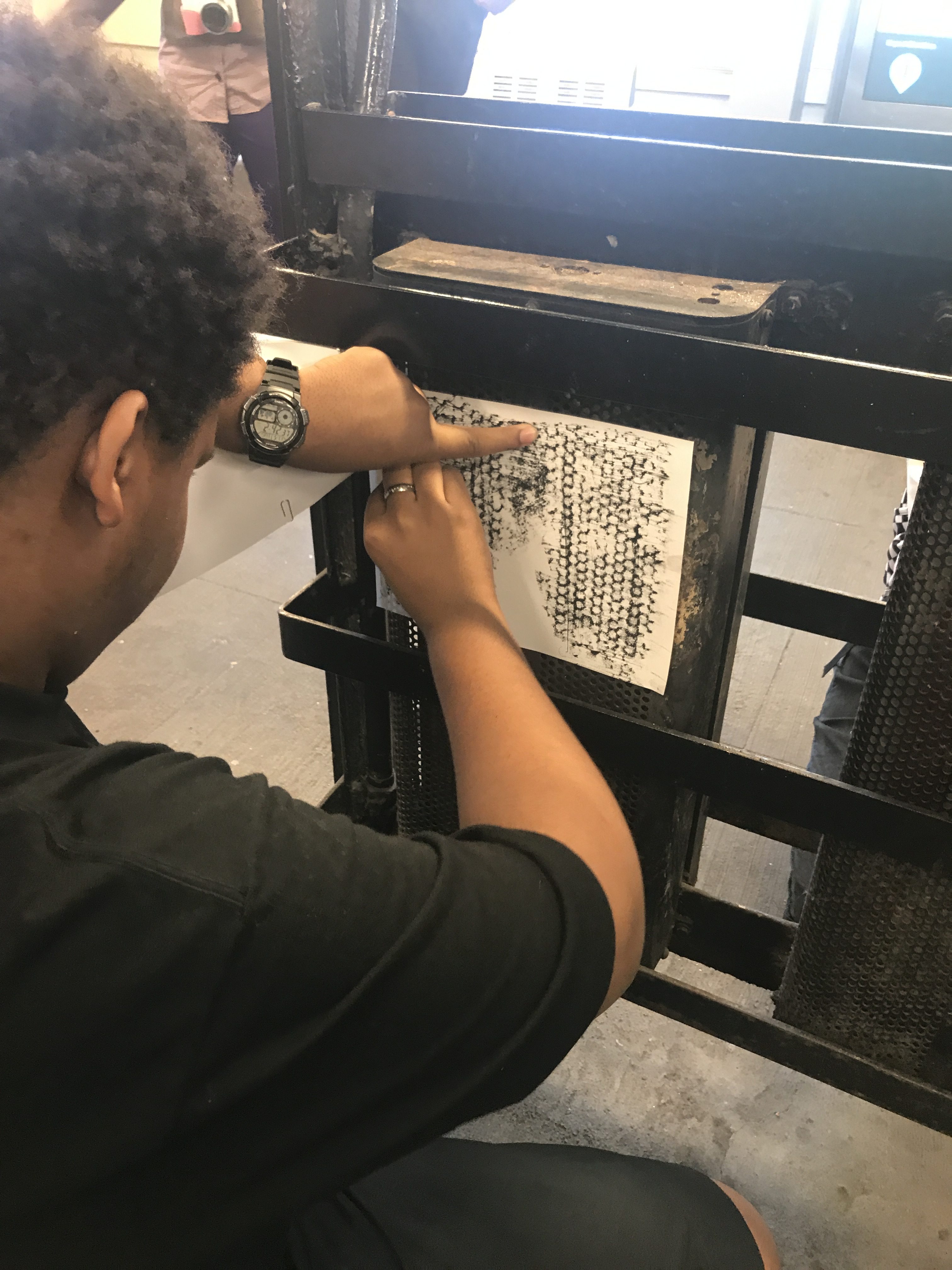 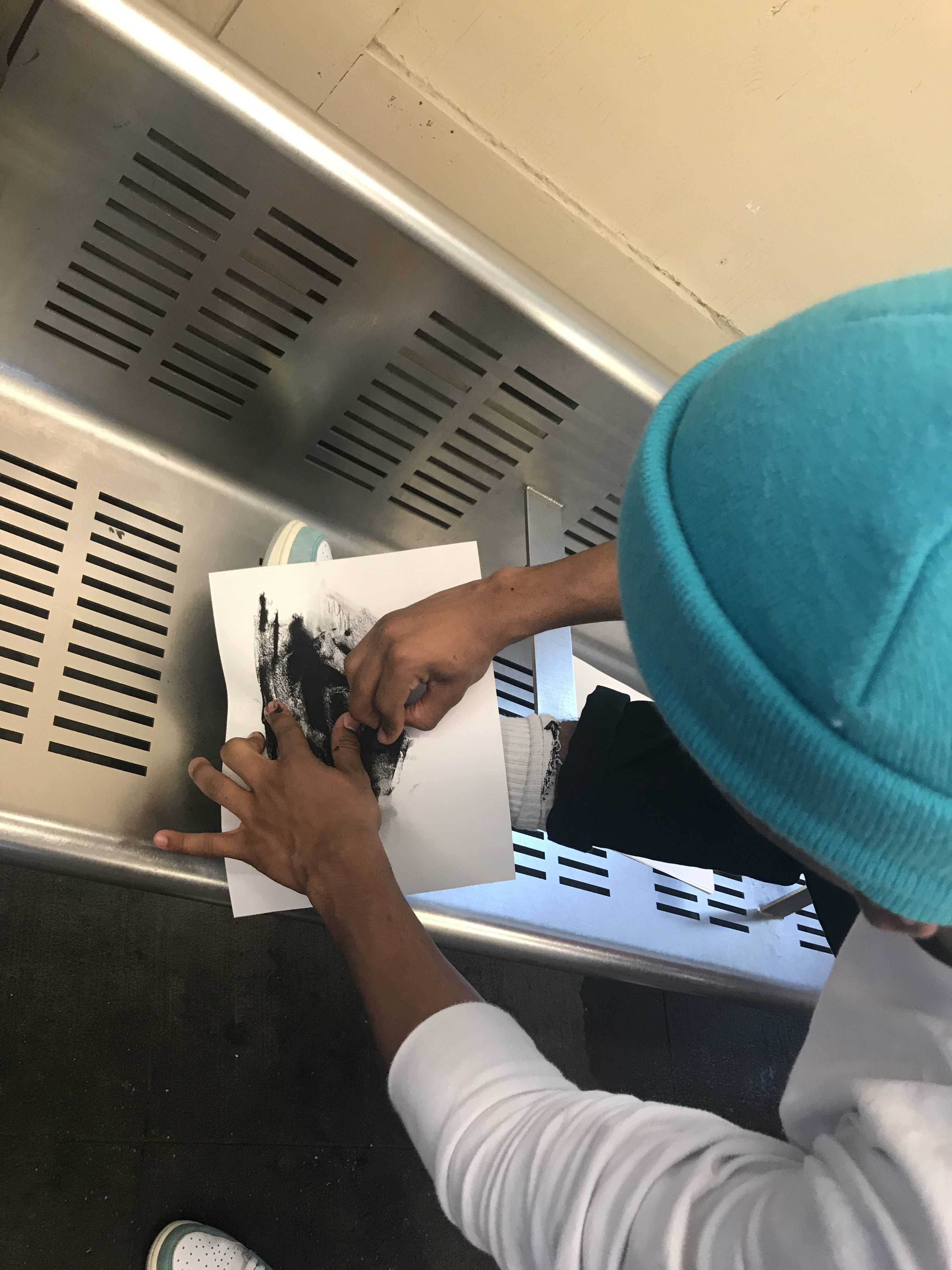 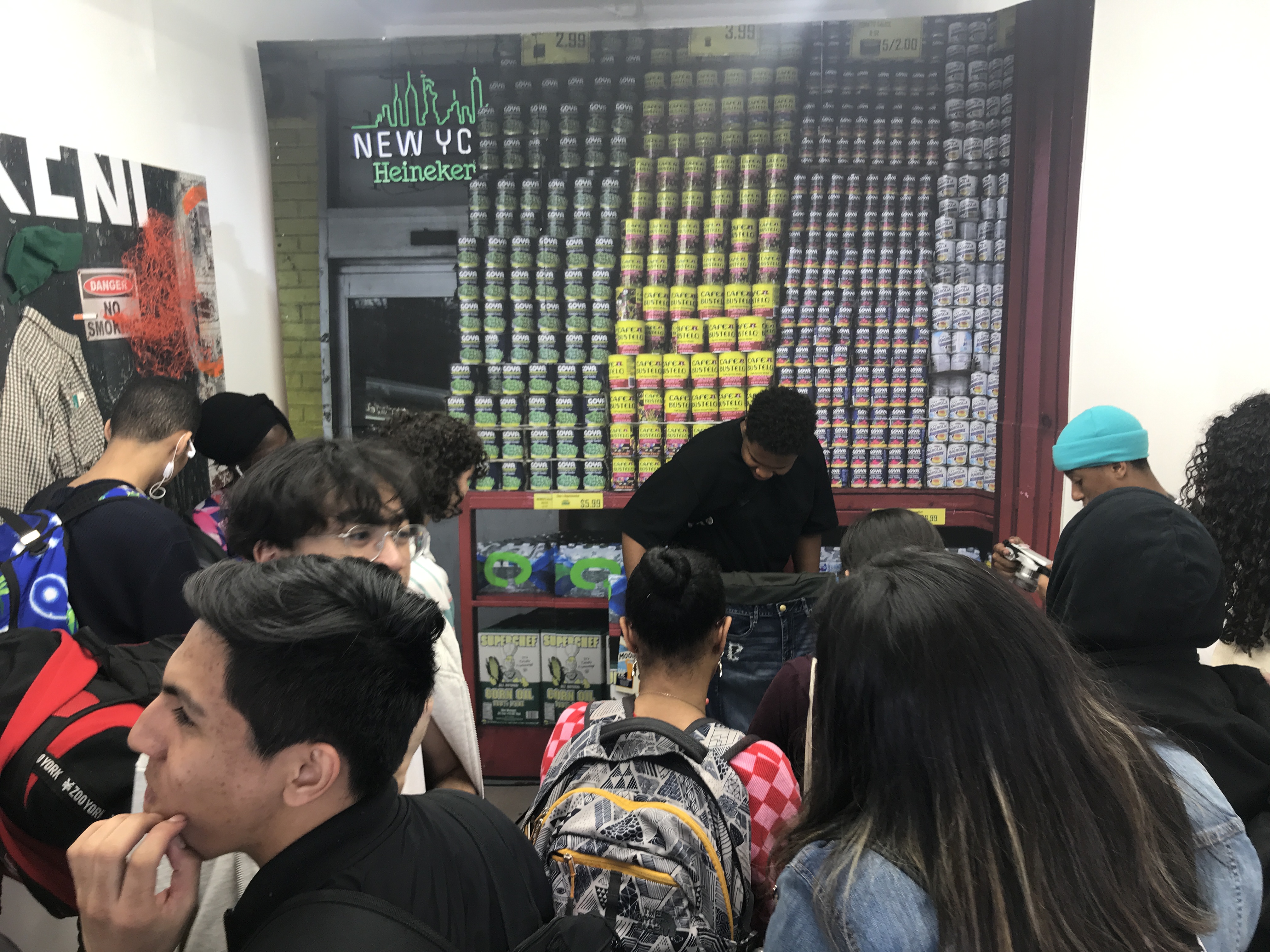 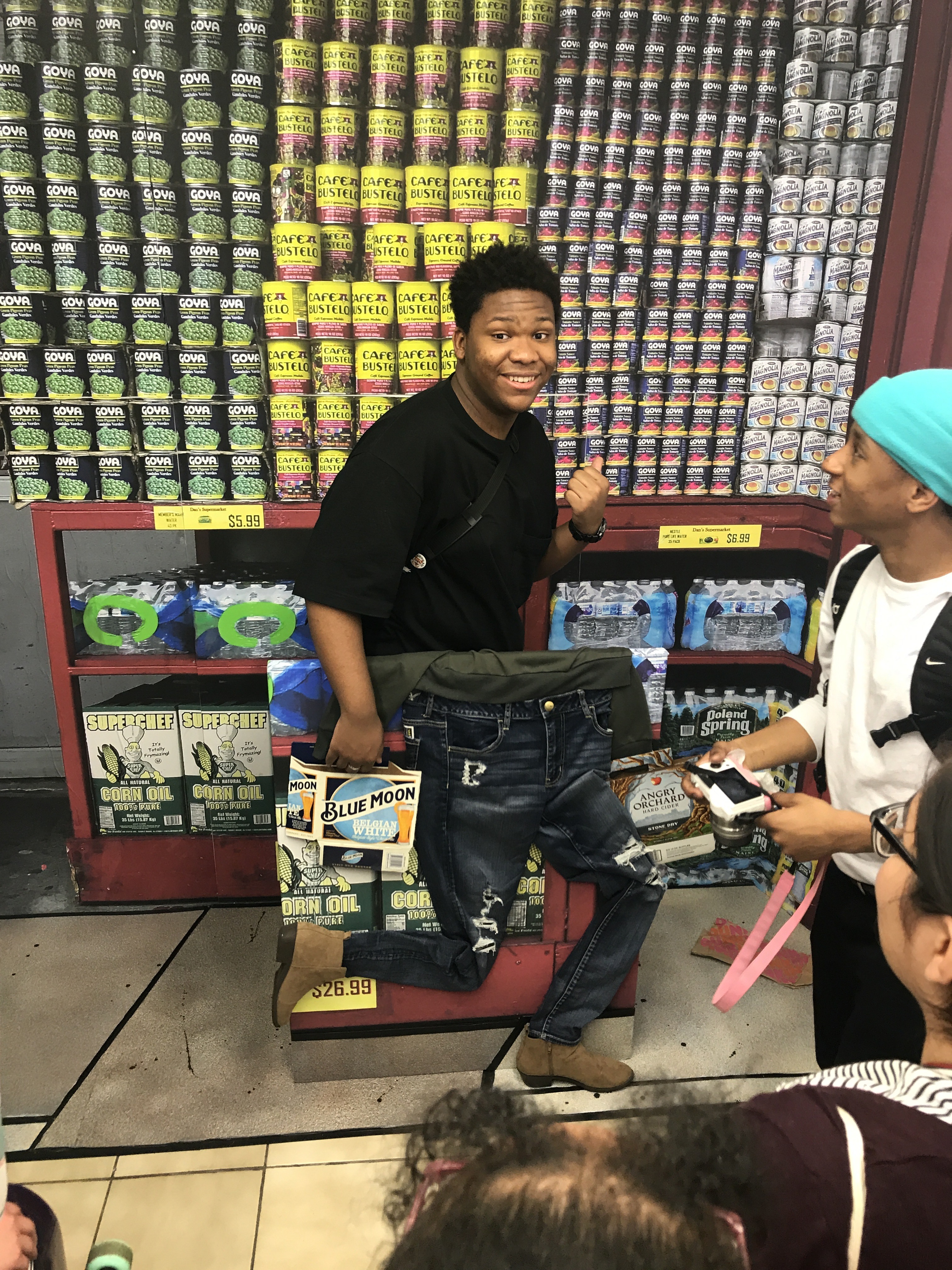 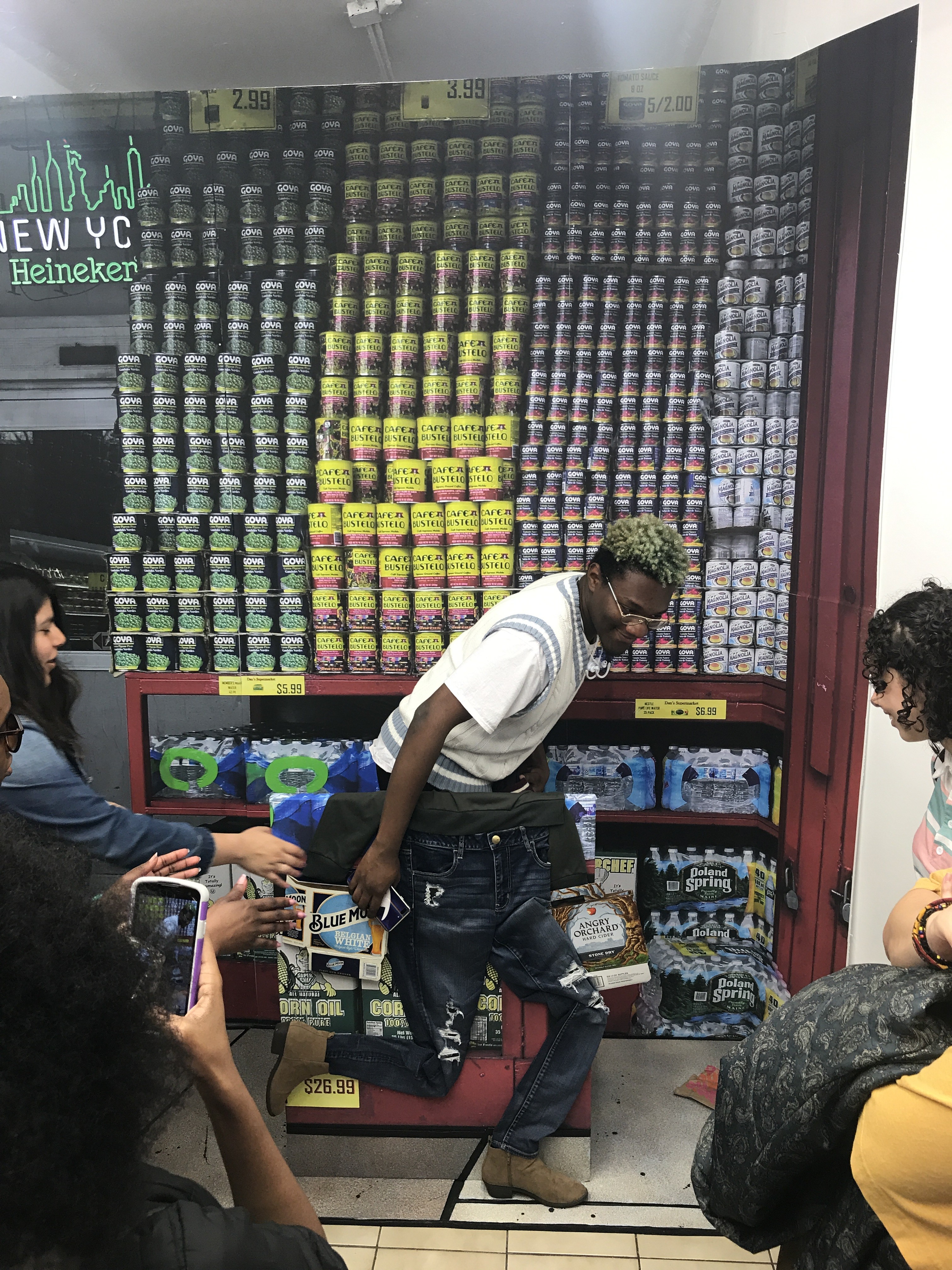 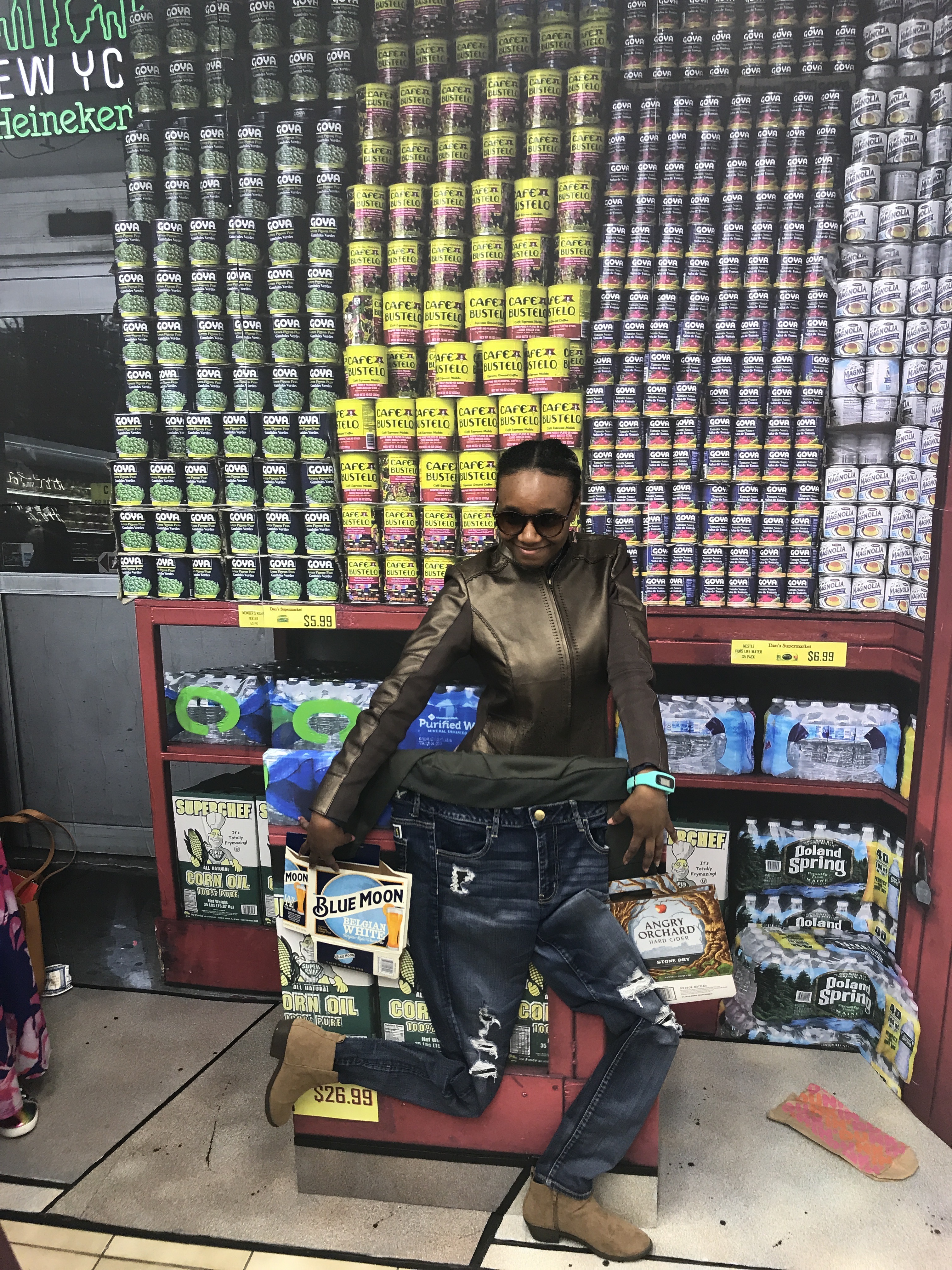 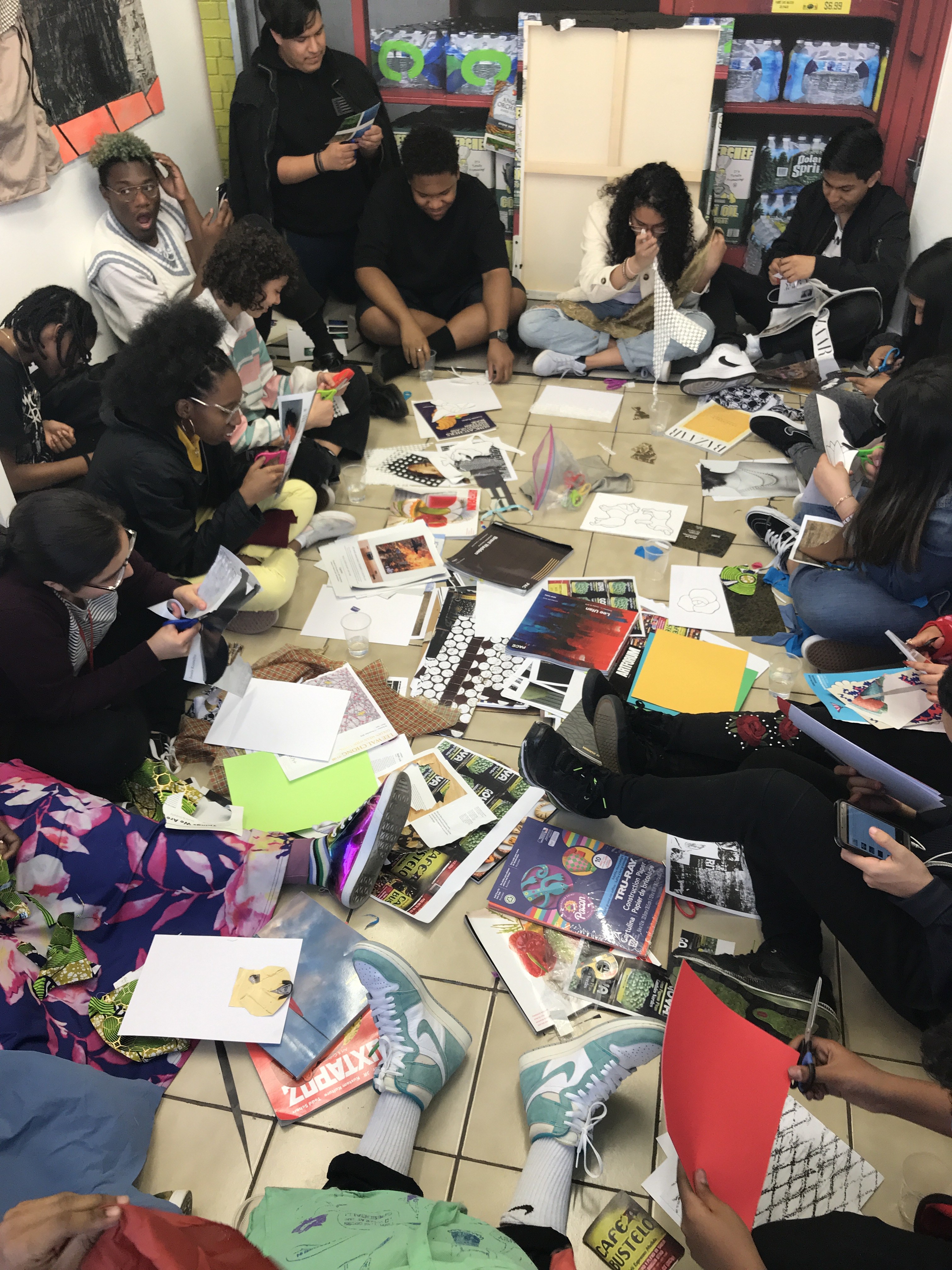 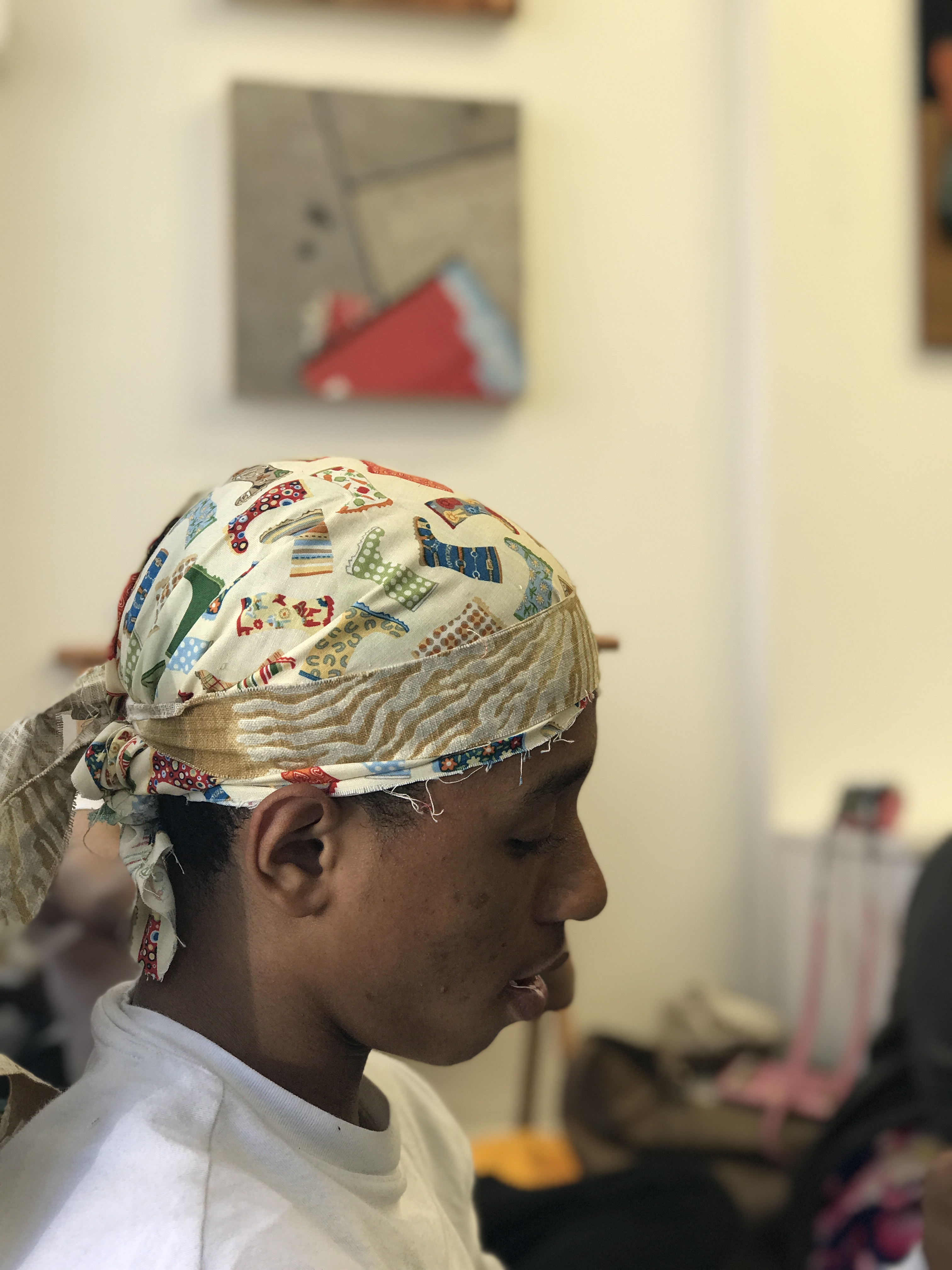 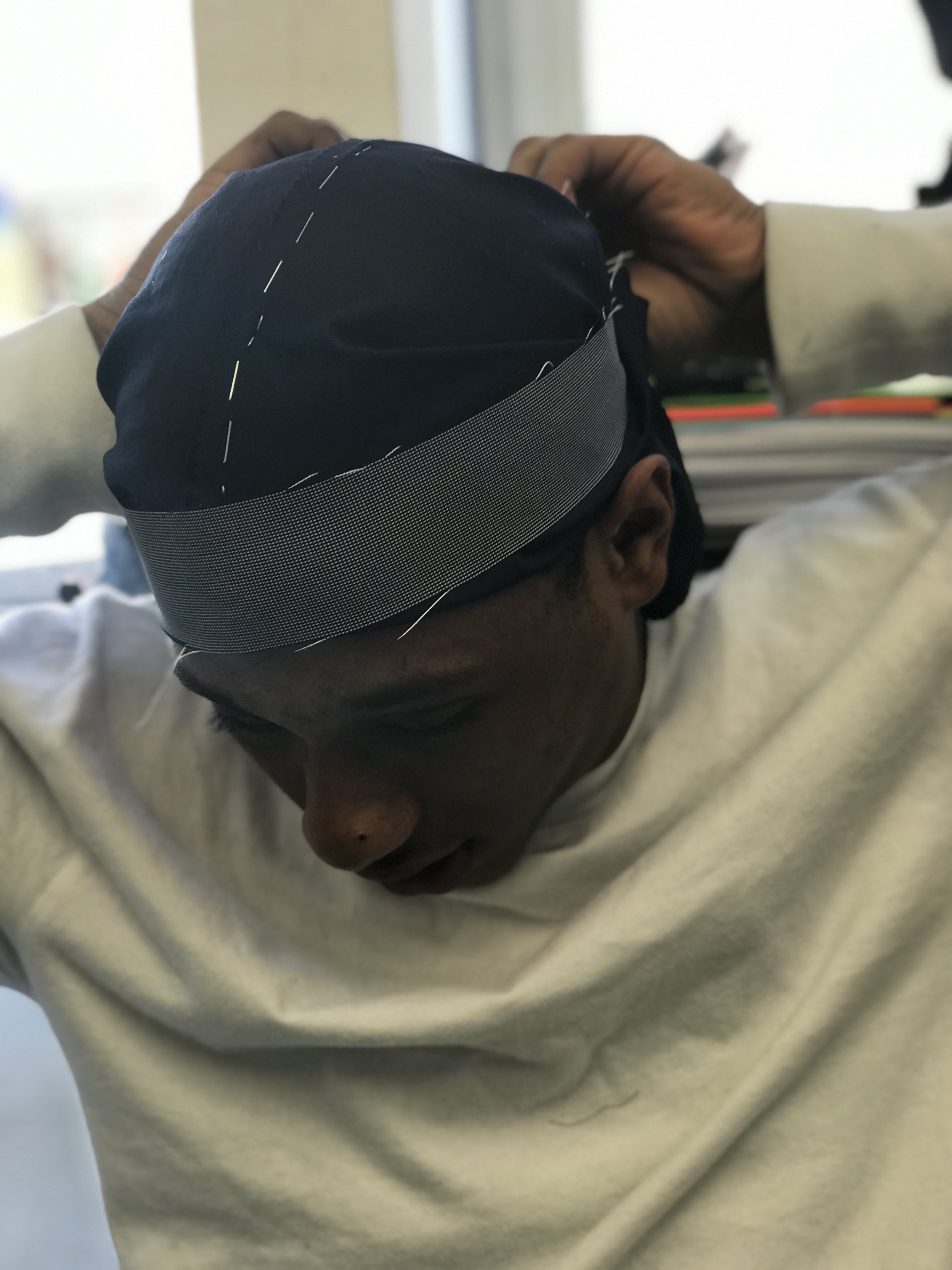 During the morning meeting, Mixed Media Artist and Parsons Scholars Program Administrator, Estelle Maisonett, shared a presentation about her practice with the Junior scholars. The presentation included images of her large-scale assemblages, video clips of her process, and discussion around the themes within her work. Estelle uses clothing and large-scale photographs to create figures posed in different urban landscapes she photographs throughout her neighborhood. Intentionally, avoiding the addition of skin or faces to the figures, Estelle’s work explores how viewers perceive identity through space, clothing, and consumer goods she collects such as crushed soda cans. She explores physical and visual texture of materials such as wood or brick through painted faux finishes, photographs, and found objects to investigate what defines something as real.

In the Afternoon scholars visited her solo exhibition Assumed Identity curated by Stephanie Lindquist at Gloria’s in Ridgewood Queens. When scholars arrived to the Seneca train station, Estelle demonstrated how rubbings can be used to reproduce the textures of a surface. As the scholars walked to the gallery they created rubbings using paper, pastels, and charcoal to capture the neighborhood.

After viewing the exhibition and interactive installation, scholars created “Identity collages” using their rubbings, fabric, found objects and other materials. The “Identity Collages” were describes as recreating the memory, feeling, or visual manifestation of a space or object that scholars identified with or that held value to them. The trip ended with a reflection and share-out. Projects included furniture, a Du-rag, an outfit, a video game character and more. Scholars also took home a limited edition Risograph prints of the objects Estelle creates.