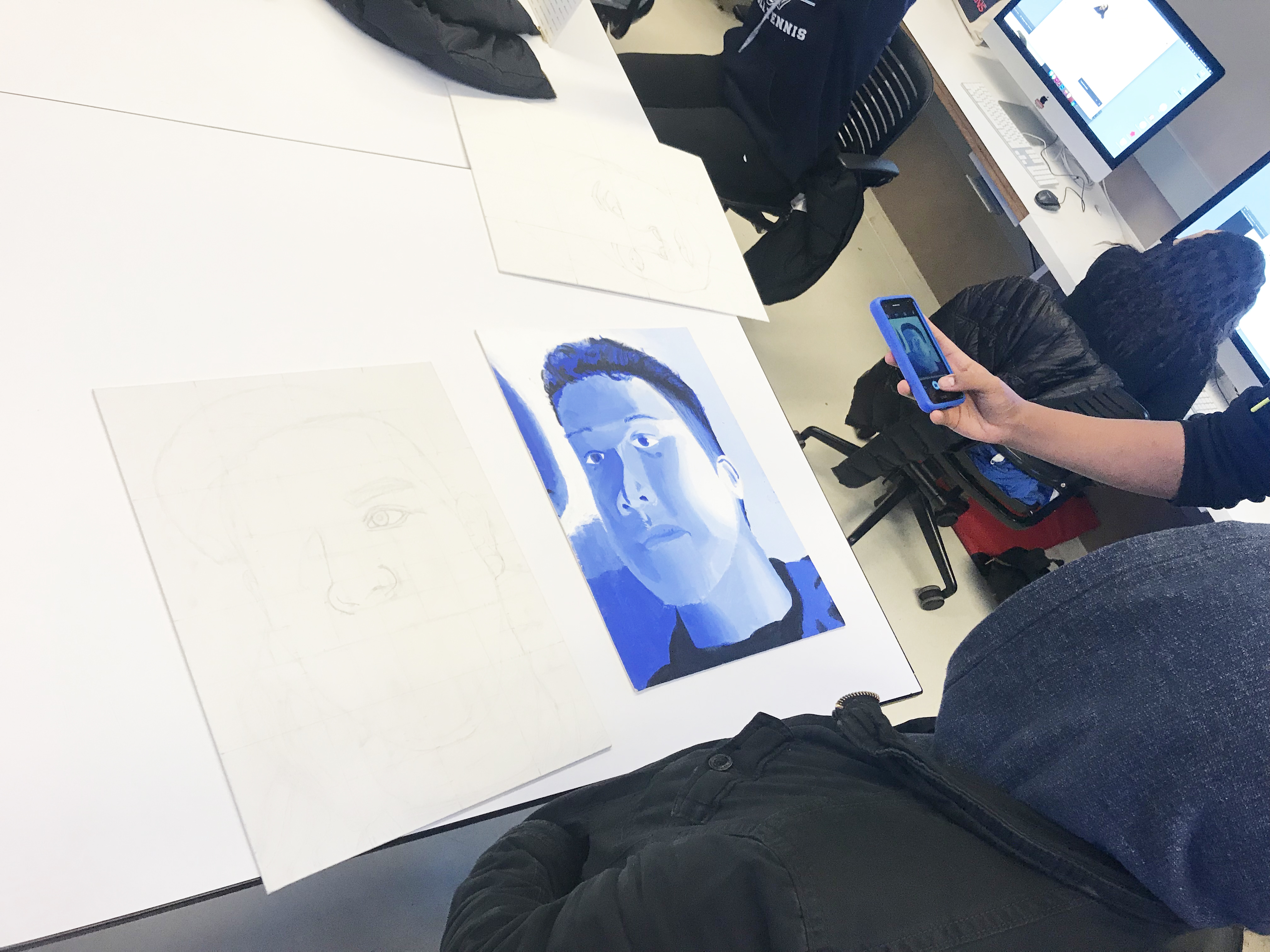 In the morning, the Sophomore Scholars created and worked on their resumes, and were able to complete them at the start of the afternoon workshop. Once they completed their resumes, they started a quick Photoshop tutorial for editing their photographed artwork. Youth Advocate, Kevin, led the class with step by step process with certain tools and adjustments with an example photograph they pulled off of Google. After the simple Photoshop tutorial, the students took photos of their final/works in progress self-portraits painted in Yashua Klos’s Foundation Studio class, and edited them to post on their Learning Portfolios. The Learning Portfolios are digital archives, made using Tumblr, where students track their progress over the course of the 2.5 years in the program.

The Junior Scholars began their first SAT prep with Bell Curves. “The scholars all looked a little overwhelmed because the tougher part of junior year is now approaching, “ said Mentor Ashley Caba. Usually when it comes to SAT prep students feel the pressure that comes with preparing for a big exam, but knowing the Junior Scholars, even this was going to be something they tackled with joy.. The scholars were welcoming to their new teacher Jake and worked really well in groups and individually to complete the first study activities. After the class, Scholar Cesar R. noted that he felt confident doing the work of the class and taking the test in a few months.

The Senior Scholars were in for a treat this week as they were joined by Visiting Faculty, Ama Codjoe, for an Anti-Oppression Training she facilitated. Ama Codjoe is the former director of the DreamYard Art Center in the South Bronx where she taught and directed arts and social justice programming for young people as well as professional development for educators and administrators. She is currently the Visiting Professor for Social Justice and Inclusion at Parsons.